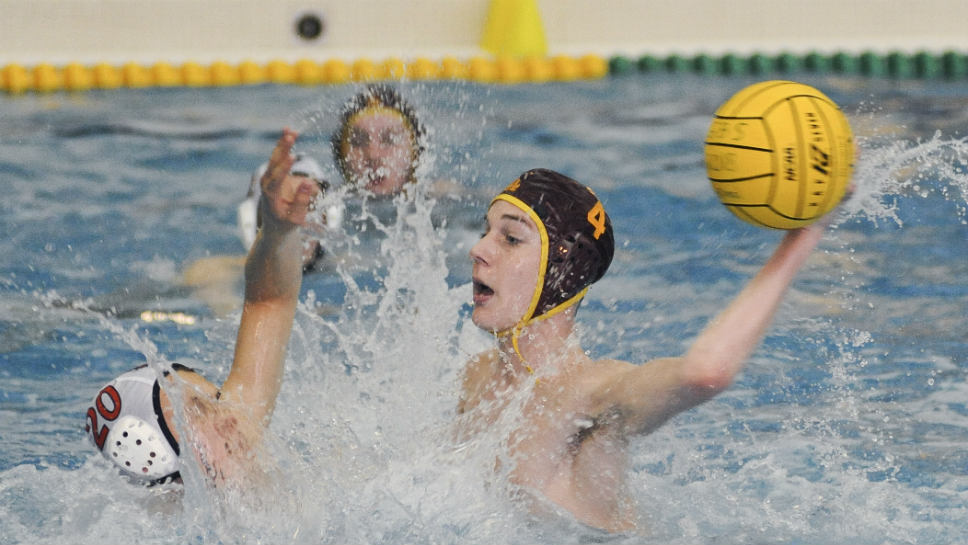 Loyola Academy’s Kenny Sajnai fires up a shot against Evanston in the sectional final. PHOTOGRAPHY BY GEORGE PFOERTNER

Kenny Sajnaj, in rapid fashion, splashed the pool water with both of his hands once, twice, three times, four times.

The Loyola Academy junior water polo player and resident of the Sauganash neighborhood in Chicago had just scored his team’s first goal (on an assist from senior Tony Spallone) in the Glenbrook South Sectional final May 12. It knotted the score with second-seeded Evanston at 1-1, with only 36 seconds left in the second quarter.

Too many shots from top-seeded LA had either glanced or banged loudly off the framework of the goal in the first 13 minutes of the contest.

“I was hoping it would get the boys hyped,” the left-handed Sajnaj said of his emphatic post-goal reaction.

“Evanston came ready to play,” said Ramblers coach Daniel Hengelmann, whose Metro Catholic Athletic Conference Tournament championship crew beat Evanston 8-4 in the regular season. “It had dug in [during a comeback 5-4 defeat of New Trier May 11], and it seemed to still have the momentum against us.”

Evanston (28-3) struck for the go-ahead goal 17 seconds after Sajnaj’s tally and then limited LA to a goal from senior John Merucci in the second half.

“Evanston’s drop defense was good, too good; we couldn’t finish our shots,” said Sajnaj, who scored 70-plus goals (second among teammates to Merucci) and delivered 50-plus assists for a 26-7 team this spring.

Ramblers goalie Jake Carr, only a sophomore, played once again like a third-year varsity vet, keeping his team close from start to finish.

“When the lights are the brightest, he shines,” Hengelmann said. “He was nothing short of sensational against the best competition we faced this spring.

“His freshman year,” the coach added, “we said to him, ‘Go get ’em. Figure it out.’ Jake improved tremendously as a goalie and became a valuable vocal leader for us this year.”

Notable: Loyola Academy’s boys water polo team routed Maine West 15-1 in a Glenbrook South Sectional quarterfinal May 9 and downed the host school 14-8 in a semifinal May 11. … LA captured the MCAC Tournament title with an 11-8 defeat of eventual state quarterfinalist Fenwick May 5. It was the program’s first such title since its state championship season in 2014 and third in six years. … LA coach Daniel Hengelmann, after his team’s 4-2 loss to Evanston in the Glenbrook South Sectional final May 12: “The winner of [the North Shore sectional] each year usually represents the area well at state. It’s always a really, really good sectional, a highly competitive sectional.” 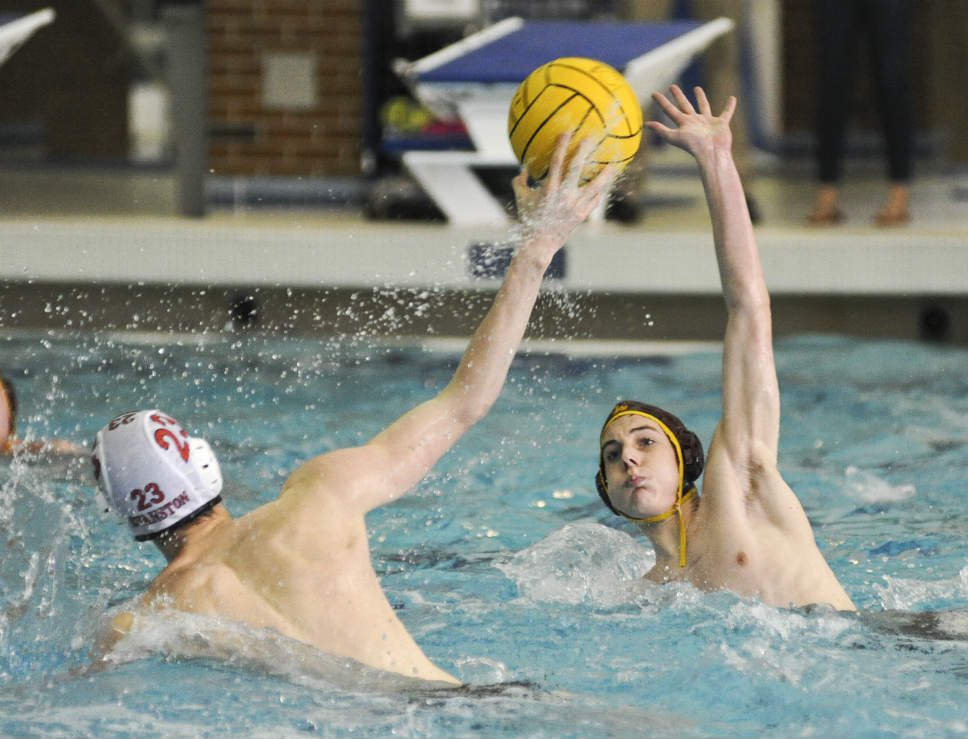