GLENVIEW – More than 300 supporters and young alumni of the Glenview-based organization Hands of Peace gathered on May 6 in Regenstein Hall at the Chicago Botanic Garden to celebrate the organization’s 15-year history of empowering Israeli, Palestinian and American teens to work for peace in their communities.

The event raised more than $150,000 to support the non-profit’s summer peace building programs in Chicago and San Diego, as well as ongoing outreach in the Middle East to promote education and leadership skills for young people.

After an opening cocktail reception, dinner and silent auction, attendees watched two short films, including one made by Hands of Peace youth during a recent summer visit to Chicago.

The evening’s program also featured presentations by two Hands of Peace alumni: Shira Gemer, a Jewish Israeli who participated in Hands of Peace in the summers of 2003 and 2004, and Samir Hawila, a Palestinian citizen of Israel who traveled to Chicago for the summer program in 2006 and 2007. 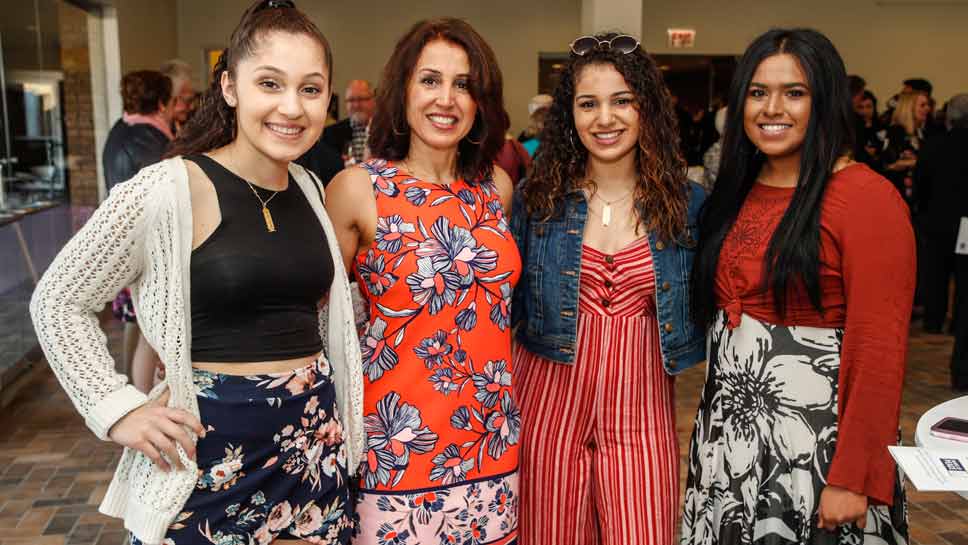 Zena Abdelhamid and her mom, Nashwa Mekky, both of Northbrook, with Yasmeen Abdelhamid of Northbrook and Amreen Khadeer of Chicago during the Hands of Peace benefit at the Chicago Botanic Garden. PHOTOGRAPHY BY Joel Lerner/JWC Media 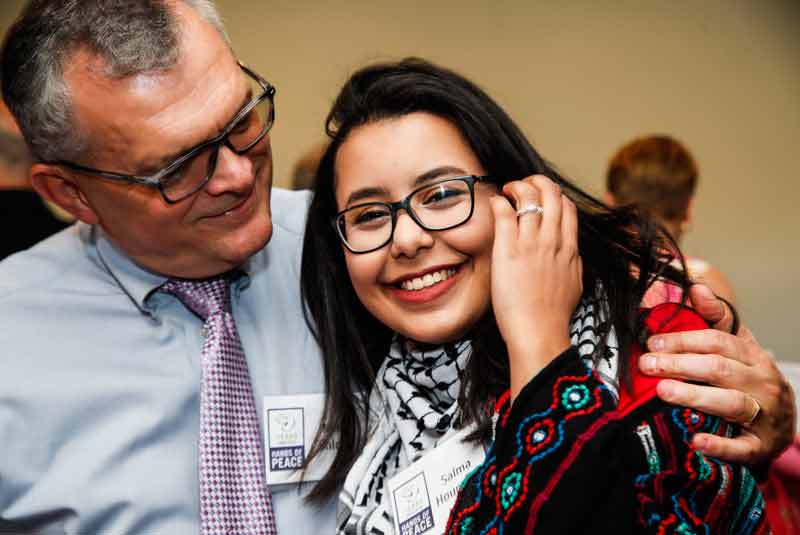 Mark Shircel of Tower Lakes with Salma Houmane, an exchange student from Tunisia he is hosting.

Gemer is now working at a Jerusalem news channel as the editor of a program about Middle Eastern politics. Hawila is a political advisor at the British Embassy in Tel Aviv.

“The experience definitely shaped my professional choices,” said Gemer, a former Jerusalem-based producer for the BBC. “I went on to study journalism…I wanted to stay involved by reporting on the Middle East conflict.”

“Tonight’s benefit has a dual purpose,” Grad told DailyNorthShore. “Hands of Peace is still very much a grass-roots fundraising organization, so we have pressing financial needs, but we’re also gathered to make new friends and raise the organization’s profile.”

Founded in the aftermath of 9/11 by three women – one Jewish, one Muslim and one Christian – Hands of Peace works with youth to break down the walls of conflict in the Middle East. 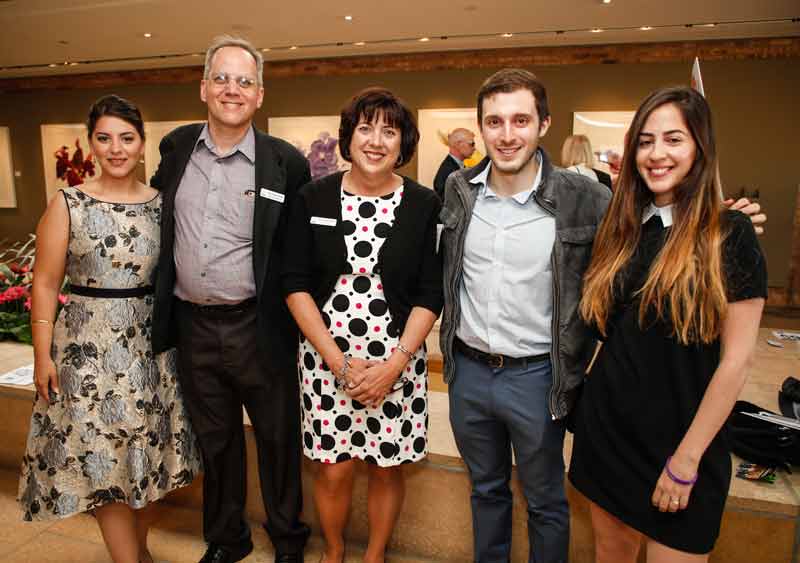 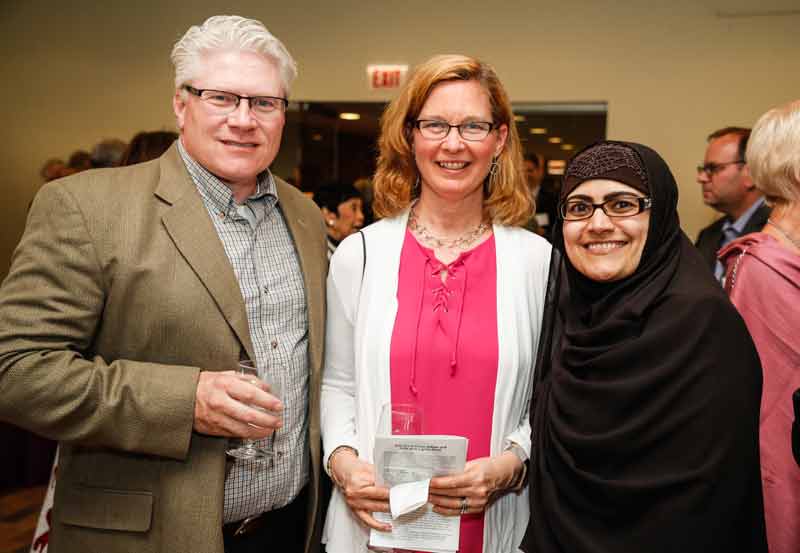 Mark and Nancy Wunderlich of Mundelein and Nadia Shams Grayslake. 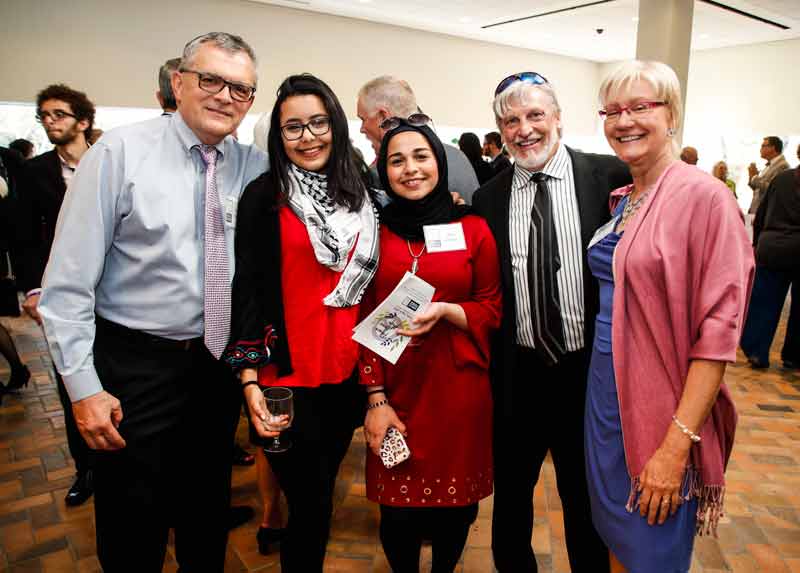 After an extensive application process, approximately 50 Middle Eastern and American teens aged 15-17 get together in Chicago and San Diego for three weeks of dialogue sessions, arts and educational activities, and team building exercises. The participants are housed with local host families, with whom they often build long-term friendships.

Winnetka residents Irene and Tom Smith have supported Hands of Peace for nearly 11 years by organizing an annual picnic for teen participants each July in Winnetka’s Elder Park. Several years ago, the Smiths hosted two students in their home for three weeks – one Palestinian, one Israeli – coming together from areas deeply divided by conflict, culture, geography and history.

“The idea behind Hands of Peace is to provide a safe place for kids to learn about each other,” said Smith. “But that doesn’t mean they’re immune to what’s happening around us.”

Hands of Peace has expanded in size, strength and scope over the past 15 years; a second San Diego program launched in 2014. The organization now has more than 500 alumni living and working for peace across the United States and throughout Israel and the Palestinian West Bank.

“Hands of Peace is Chicago’s best kept secret and it really shouldn’t be,” said Gretchen Grad. “There’s Middle East youth empowerment going on right here in our own backyard.”

Hands of Peace alumna Erika Grad, who recently graduated from Trinity College in Hartford, Connecticut with a degree in African Studies and Human Rights, credits the summer peace-building program with her decision to join the United States Peace Corps this September. Grad will teach English in Madagascar for two years, but hopes to pursue a career in the Foreign Service.

“I have Hands of Peace to thank for my broader interest in the world,” said Grad, a Hands of Peace participant in 2010, following her freshman year at Glenbrook South High School. “I’ve always found a way to embed that experience into my conversations and interactions with people from all walks of life.” 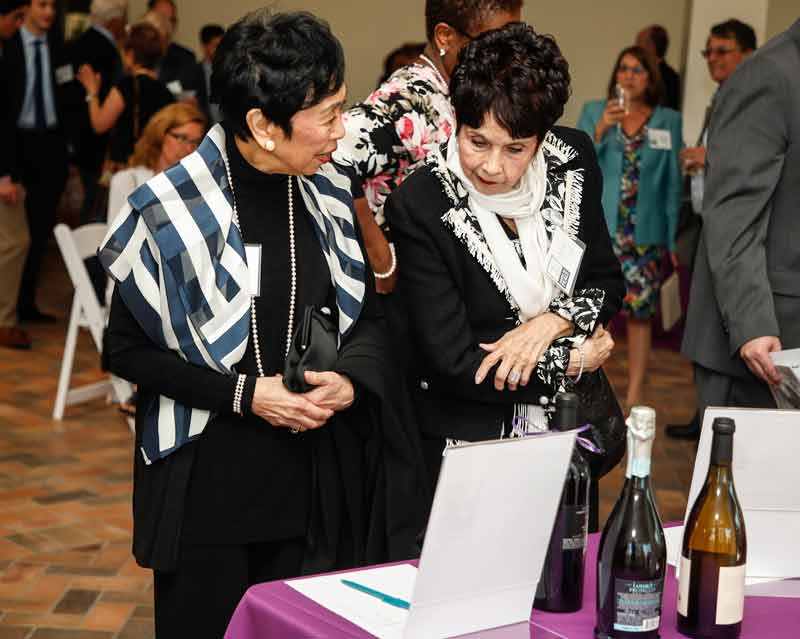 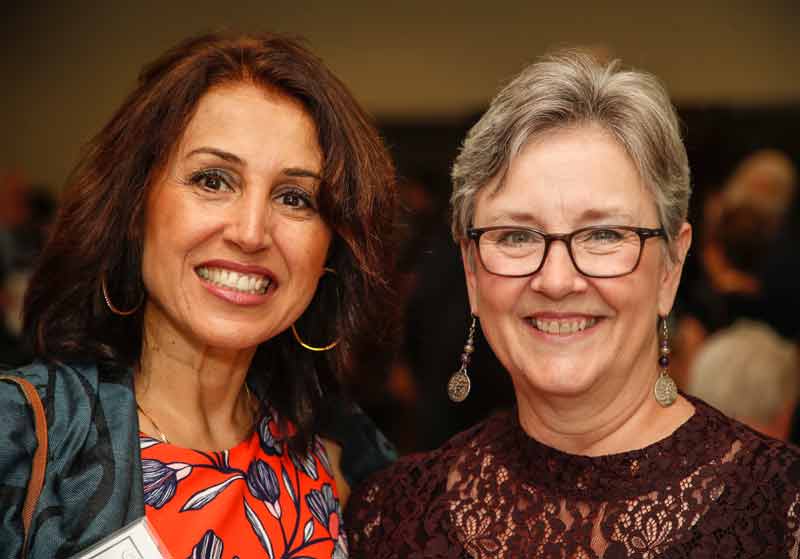 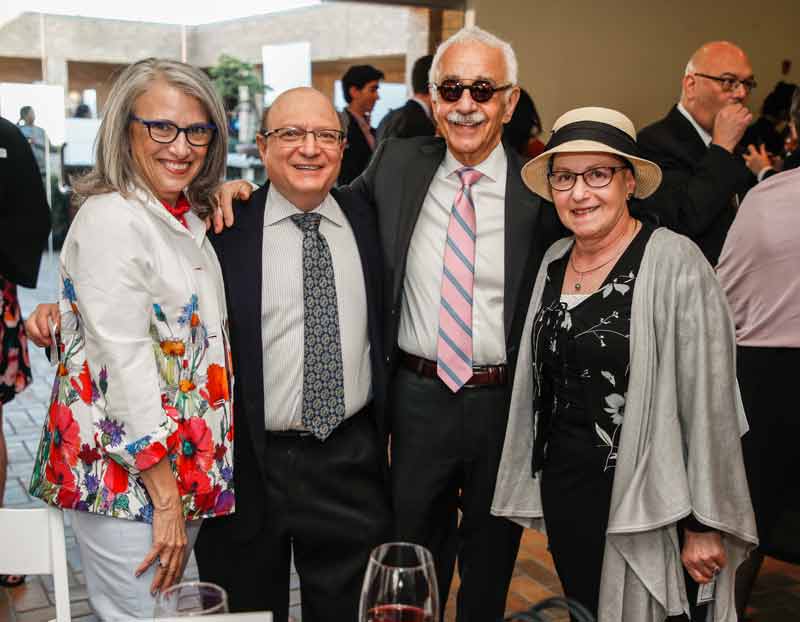 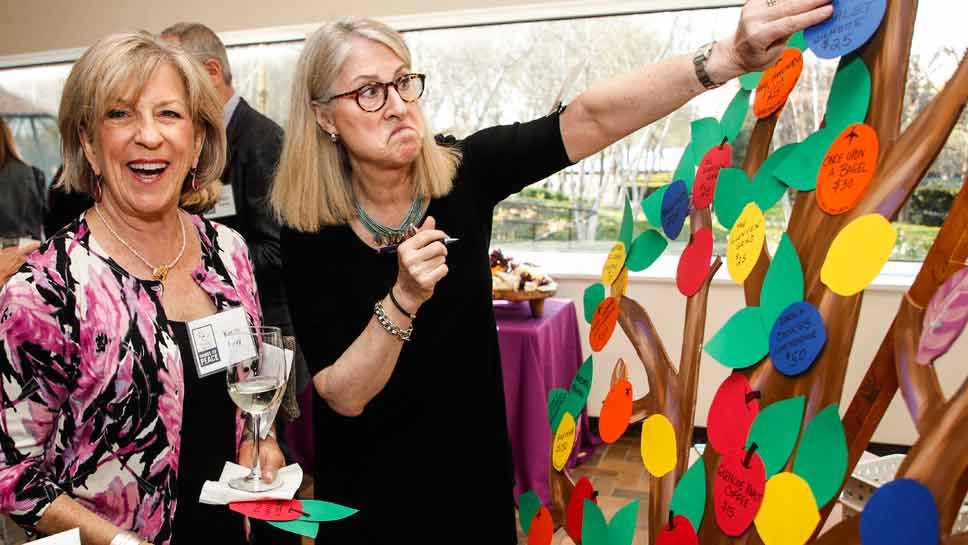 Marily Schonthal of Glencoe taker a card off of the Gift Card tree for Karen Levy of Deerfield.

For more information on Hands of Peace, visit www.handsofpeace.org.