For those not fortunate enough to snag an invite to Prince Harry and Meghan Markle’s royal wedding this Saturday, May 19, at Windsor Castle, don’t despair.

Love is in the air.

With the royal wedding set to kick off at 12 p.m. Greenwich Mean Time – 7 a.m. Central Time – most locals are opting to watch a taping of the royal procession later in the day. Still, some are planning an early rising to catch all the live, pre-wedding news coverage.

British expat Luke Mutter, who moved to Lake Forest in 2011 with his wife and three children, plans wake up early Saturday morning to watch the royal wedding alongside his ginger-haired dog, aptly named “Harry.”

Mutter, a North Shore realtor with Koenig Rubloff, has been celebrating Prince Harry and Meghan’s engagement at his open houses, where he brings cardboard cutouts of the royal couple to greet prospective homebuyers who often pose for selfies.

“I’ve met so many Americans who love the royal family, and are huge fans of the wedding,” said Mutter. “My mum brought me the cut out in her suitcase when she last came over.” 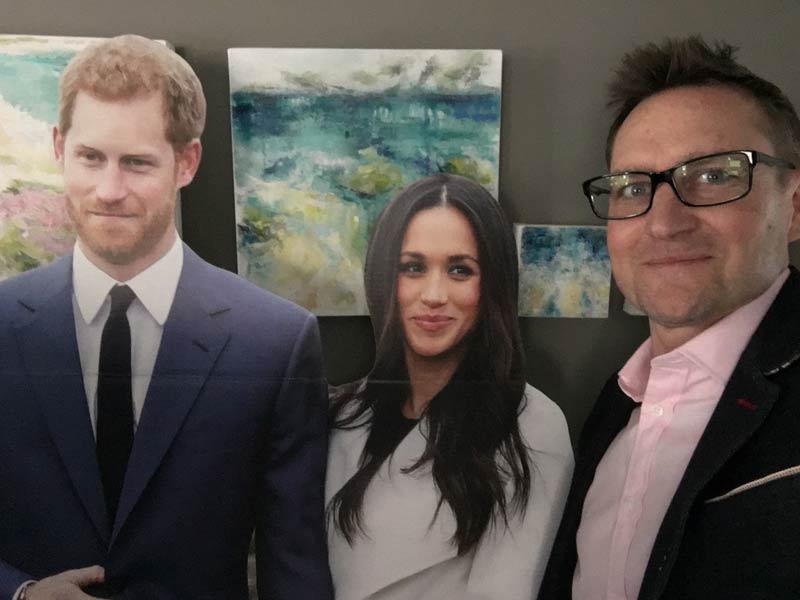 Luke Mutter of Lake Forest with cut outs of, well, you know who. 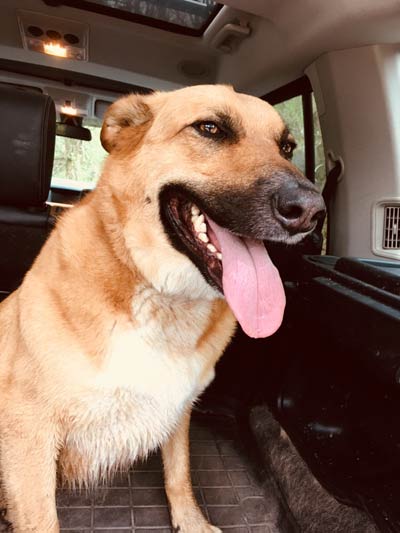 Winnetka resident Mary Tilson is getting into the royal spirit with an evening viewing party in her home, where British flags emblazoned with the royal couple’s faces decorate the walls, a two-tiered wedding cake and champagne will be served, and guests are encouraged to dress the part.

“I love a wedding,” said Tilson, who also hosted a royal wedding party seven years ago when Prince William and Kate Middleton married at Westminster Abbey. “If I had nothing to do on a Saturday night, I’d opt to go to a wedding and reception.”

And just as Meghan and Harry have asked for charitable donations in lieu of wedding gifts, so too has Tilson asked that her party guests consider a contribution to a Deerfield-based non-profit that’s near and dear to her family’s heart.

After the Tilsons adopted their son, Thomas, known to family and friends as “T,” nearly 13 years ago through a private agency, they began supporting Gift of Adoption Fund, an organization whose mission is to fill the void that separates child from family – through adoption assistance grants that give vulnerable children a permanent home and the chance to thrive.

Tilson’s husband, John, has served on both the charity’s Illinois and national board of trustees.

“Gift of Adoption provides grants to families willing to adopt special needs kids and supports single parents and gay couples who want to adopt,” said Tilson. “Other adoption organizations don’t do that.”

And as much as she loves a royal wedding, Tilson admitted it’s unlikely she’ll host viewing parties if Prince George, Princess Charlotte or Prince Louis wed in the distant future.

“I expect my daughters to take up the reigns,” she joked. 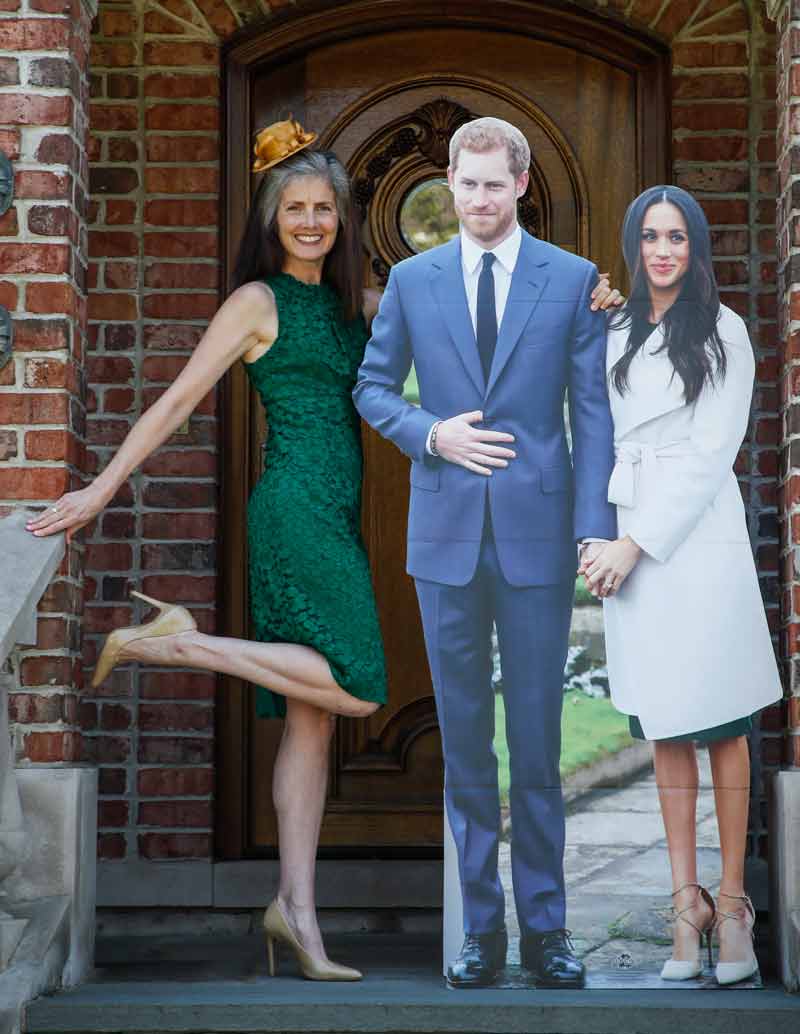 Mary Tilson of Winnetka is ready for the royal wedding. PHOTOGRAPHY BY JOEL LERNER/JWC MEDIA

A more formal viewing party is planned downtown at The Drake Hotel, where a special Royal Wedding Screening Party will take place on Saturday at 11 a.m. in the hotel’s Grand Ballroom. Tickets in the range of $80 to $100 include a luncheon, where The Drake’s culinary team will recreate the exact luncheon menu served to Princess Diana during her visit to the hotel in 1996, when she spent a night in a room the Drake rechristened The Princess Diana Suite.

Later that evening, The Drake will host a Royal Wedding Reception Gala featuring a 17-piece orchestra and a three-course meal.

Winnetka resident Caroline Betsill – who is British – will join a large group of “mums” from her daughter’s 2nd Grade class at Greeley School who purchased a table at The Drake’s viewing party. The friends have made a pact to wear gloves, hats and wedding attire to the event.

It was more than just curiosity and patriotism that prompted Betsill to watch William and Kate’s royal wedding in 2011. Betsill’s brother participated in the wedding’s royal procession as member of The Scots Guards, one of the Foot Guards regiments of the British Army.

“We were looking for him as we watched,” said Betsill.

An estimated 23 million Americans tuned into watch Kate and William get married. Media experts are predicting big numbers again on Saturday, particularly given that Meghan Markle is American, bi-racial, and divorced.

“Hopefully the press just leaves them alone,” said Betsill. “The monarchy has a hard job. There’s a lot of privilege that comes with it, but there’s also a lot of responsibility. It’s tough.”

And what do local residents wish for the British monarchy’s newest royal couple?

“They need to know that it doesn’t matter what other people think,” said Luke Mutter. “They just need to focus on themselves and be happy!”