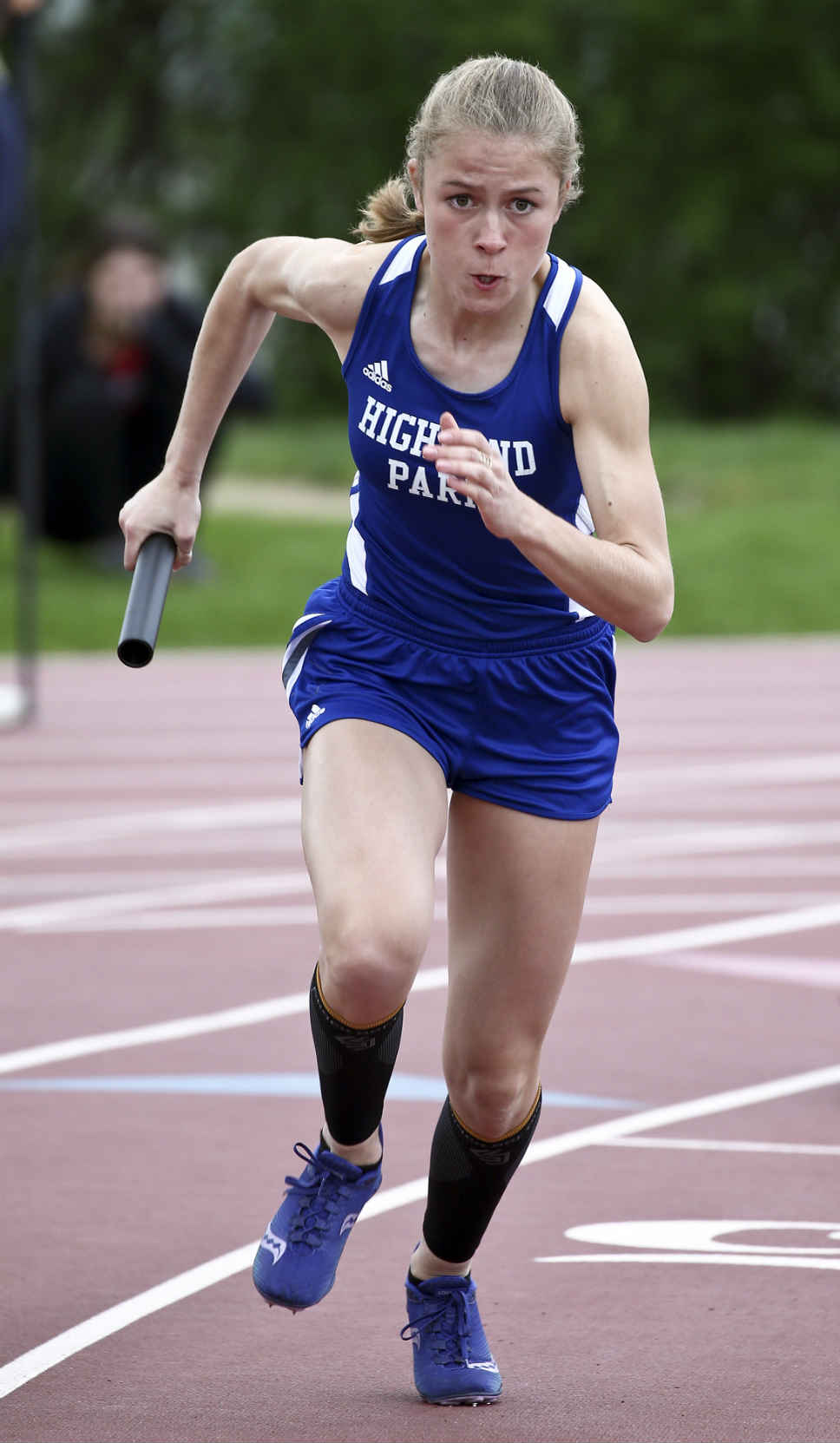 Her mind? Keen as ever.

A few minutes after missing a state-qualifying time in the 200 meters at the Class 3A girls track and field sectional at Niles West on May 10, lucid — and enlightening — words came out of her mouth.

“It’s all worth it,” said a dead-tired Van Den Akker, a junior sprinter for Highland Park High School. “And … it’s voluntary. I did sign up for this.”

Van Den Akker, who was born in Florida and then lived in the Netherlands and Hong Kong before moving to Highland Park prior to the fifth grade, will be packing her gear and traveling to the state meet Charleston, Illinois this weekend.

Van Den Akker, a field hockey player in the fall, set the tone — and the pace.

“It’s nice to have someone like Annelise in the lead leg,” said HP head coach Sarah Palmberg, who saw her team take third in the team standings with 69 points. “So solid. So steady. Super reliable. You give her instructions for the race, and she’ll say, ‘Okay, I got it.’

Triggering the 4×100 relay has its benefits — and rewards.

“I love starting the race with the baton in my hand,” said Van Den Akker. “I like that the 4×100 is over in a split second. After my handoff, it’s out of my hands and I’m able to look across the [football] field and see everyone else.”

And, she added, that there’s a security, when the baton finds its way into the hands Gilling.

“When she’s got it with 30 meters left, you can start hugging and cheering,” Van Den Akker said. “Because when she gets the baton, it’s over.”

The key to the HP’s win was the exchange between the second and third legs. It went flawlessly.

“We’ve been waiting to get that exchange down,” said Palmberg. “It has allowed us to take another second off.

“This relay is a special group,” added the HP coach. “They hold one another accountable. And they are clearly happy for each other.”

Edelchik, who also competed in the triple jump (11th, 32-5), is a good fit for the second leg. She brings a veteran presence.

And the Haiti-born Liberius has been a fast riser in HP’s program.

“This is only her second year in track,” said Palmberg. “She’s learning a lot.

Gilling, who missed last year due to an injury, also turned on the afterburners by anchoring HP’s state-qualifying 4×200 relay. She teamed up with Allison Antman, Riley Williams and Liberius to take third in 1:44.59 — well under the state cut of 1:45.52.

Gilling, who also is the school-record holder in the 200, will be looking to do something special Downstate. She has the sixth best sectional time in the state in the 100 — and the fourth best in the 200.

Meanwhile, HP’s other standout, Stephanie Kriss, also advanced to this weekend’s state meet. The sophomore went up against a loaded field in the 800 meters and took runner-up honors in a personal-best time of 2:12.67.