It’s hard to imagine a less likely location for a Viennese kaffeehaus than Milwaukee Avenue in Glenview, a commercial road that feels light years away from Austria’s cosmopolitan capital city.

But lo and behold, there it is: Jölane’s, a bustling restaurant and coffee bar  located just a few hundred yards away from its “mother ship,” the 100,000-square-foot Abt electronics superstore, the largest independent electronics retailer in the nation.

Jölane’s sits inside Abt’s sprawling 37-acre campus that includes a Recycling Center and Design Center – both opened in 2008.

With 18-foot ceilings, generous leather banquettes and rich, cherry-wood paneling, Jölane’s has the appearance and energy of an old-world European café.  A popular lunch and dinner spot for local office workers, friends and families, the restaurant has emerged in recent years as more than just an amenity for Abt’s customers and employees.

Jölane’s is now a destination in its own right.

During the restaurant’s weekend brunch service, a mix of loyal regulars and impromptu walk-ins vie for a coveted table at the busy, 250-seat eatery. Reservations are highly recommended.

“It’s not unusual for us to have a half-hour to 45-minute wait on a Saturday or Sunday morning,” said longtime Jölane’s general manager Suzy Breden.

The restaurant is a tribute to Abt co-founder and family matriarch, Jölane, (known affectionately as “Jewel”) who immigrated to the United States in 1913, at age 6, from a small town on the Austrian-Hungarian border near Vienna. After passing through Ellis Island, Jölane settled with her family on Chicago’s Near West Side. Regarded by those her knew her as a strong, independent woman, Jölane worked as an accountant, eventually using her $800 savings to open a small Abt radio store in Logan Square in 1936 with her husband, David Abt. She remained active in the family business well into her 70s, and lived to be nearly 97.

Today, Jölane Abt’s Austro-Hungarian heritage lives on inside the matriarch’s eponymous restaurant, both in the sepia print vintage photos that decorate the walls and menus, as well as the food and decor. Before opening the restaurant, said Breden, members of the Abt family flew to Europe to draw inspiration from the grand cafes of Vienna, Prague, and Budapest.

“We recently had an older woman come in, originally from Austria, who hadn’t been back to her home country in years,” said Breden. “She loved it…it all felt so familiar to her.”

A Julius Meinl-branded coffee bar occupies the front of the restaurant, serving a full menu of specialty coffees, including classic Vienna Iced Cream Coffee ($5.25), a sweet, thick, concoction made of Meinl espresso and a generous helping of vanilla ice cream and whipped cream, served elegantly in a tall parfait glass on a small, silver tray.

A glass display case holds a wide selection of traditional Austrian pastries, including an Opera Torte ($7.50) consisting of three layers of almond cake drenched in Meinl espresso, buttercream and chocolate ganache; as well as Mozart Torte, Apple Strudel, and Esterhazy – a toasted hazelnut cake with praline buttercream and sliced almonds. 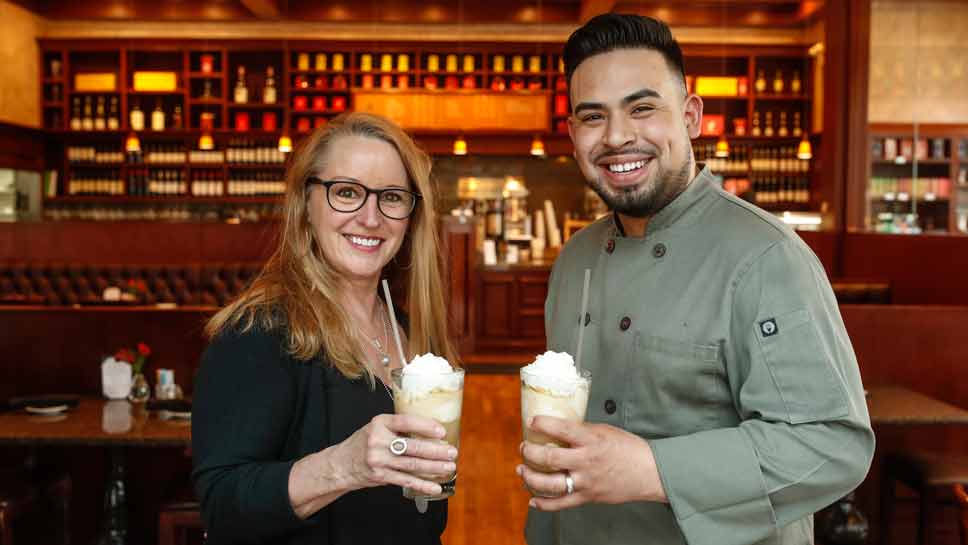 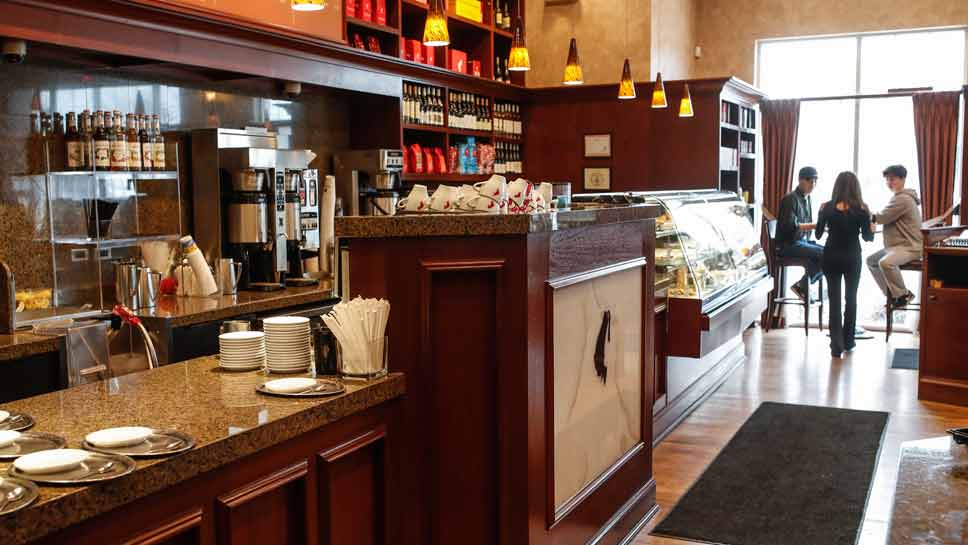 The coffee bar at Jölane’s in Glenview. PHOTOGRAPHY BY JOEL LERNER/JWC MEDIA. 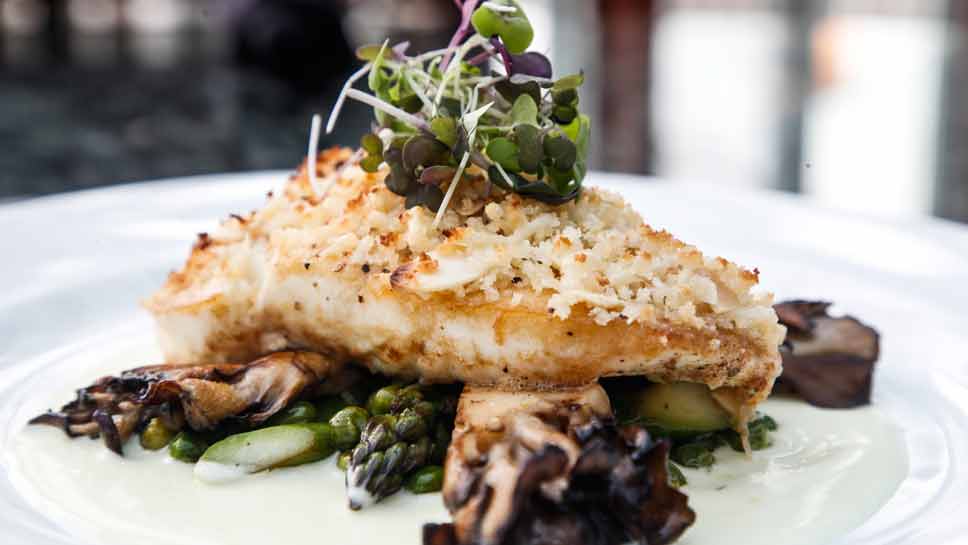 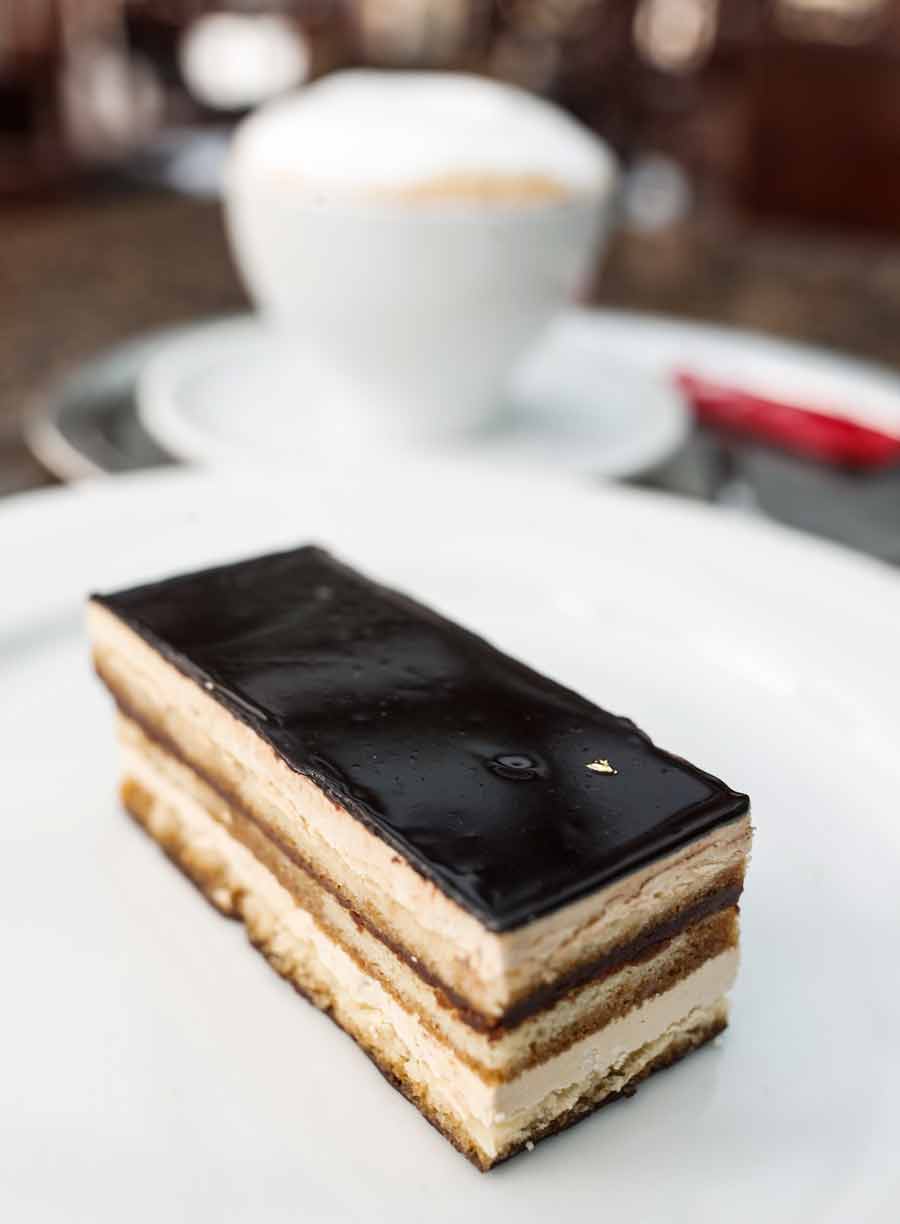 Pastries and kaffee at Jölane’s in Glenview. PHOTOGRAPHY BY JOEL LERNER/JWC MEDIA.

“Our menu is always evolving,” said Jölane’s chef, Jose Guerrero, a 10-year veteran of the restaurant and graduate of Glenbrook South High School and Kendall College. “But I’m also a big fan of these classic Austrian dishes…we just keep perfecting them.”

Several years ago, Jölane’s made the decision to enclose its large, outdoor patio with a glass atrium, thereby doubling the restaurant’s size and creating event space for weddings, showers, holiday parties and Bar Mitzvahs, always booked months in advance.

“We have couples who’ll hold their wedding at Jölane’s, returning a few years later for the baby shower, and again for their child’s first birthday,” said Manager Suzy Breden.

The atrium’s small bar seats 10-12, offering standard cocktails and a menu of wines, as well as specialties like a spicy Bloody Mary and Summer Sangria.

And while a significant portion of the restaurant’s foot traffic is still generated by its neighboring superstore, Jölane’s – once discovered – keeps those customers coming back, time after time, for more classic, old-world charm. 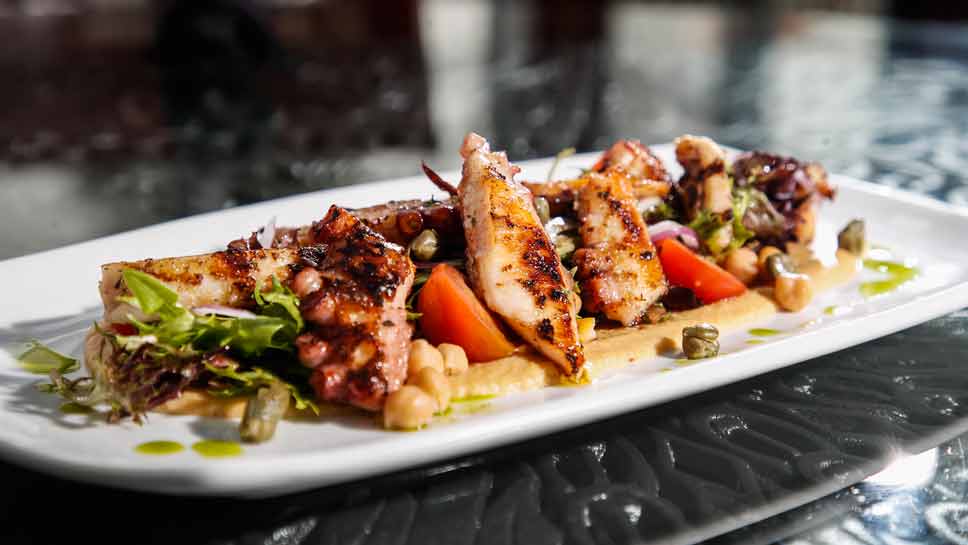