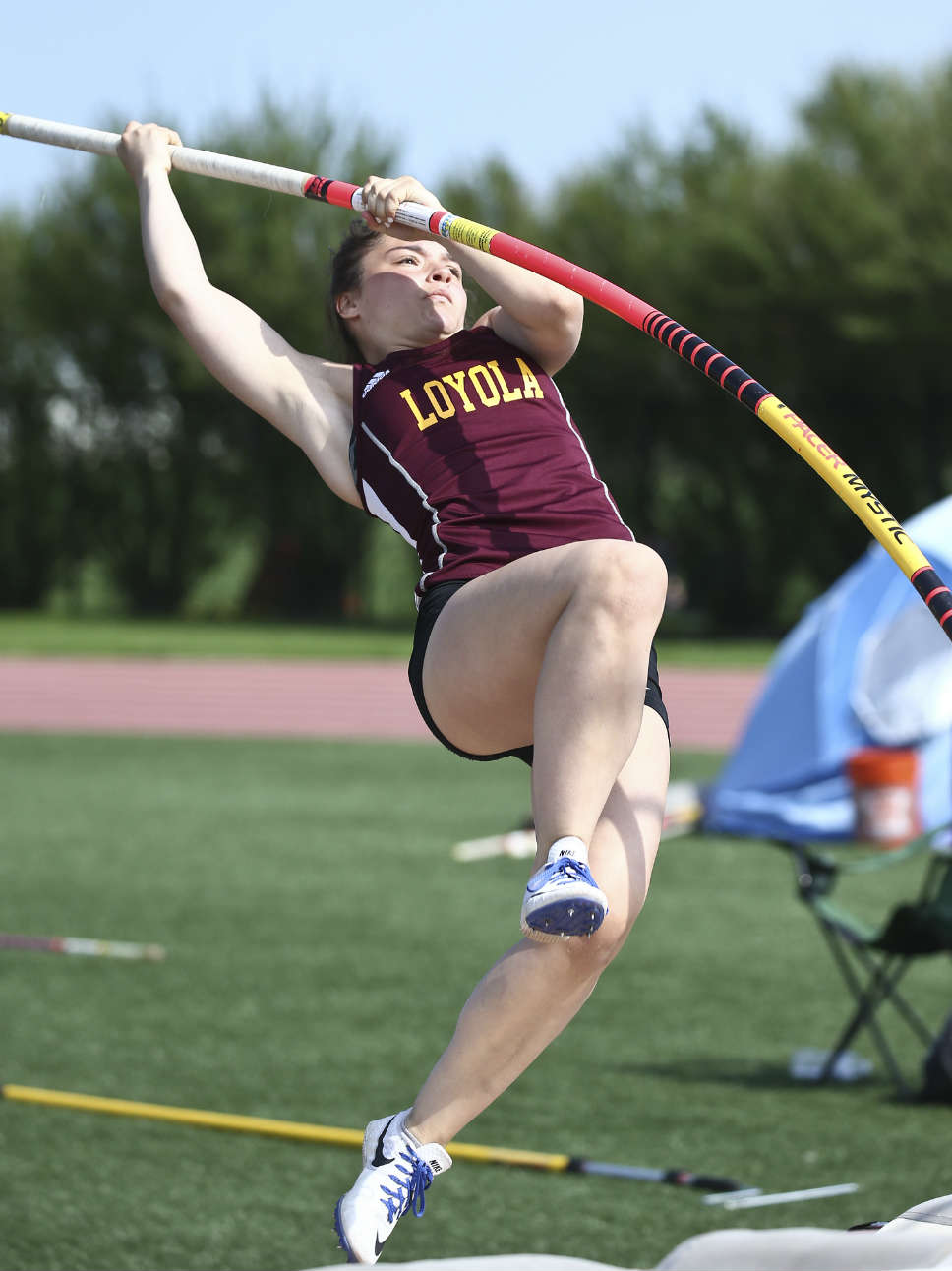 Kate Santangelo of the Ramblers bends the pole on her way to clearing a height at the Niles West Sectional. She took first place with a 10-6 leap. PHOTOGRAPHY BY GEORGE PFOERTNER

Surpassing the state cut was not a leap of faith for Kate Santangelo.

The Loyola Academy junior pole vaulter was dead set on scaling new heights at the Class 3A sectional at the Niles West High School on May 10.

“She told me that she just kept thinking 10-6 in her head,” said LA head coach ChrisJon Simon.

And 10-6, it was — as Santangelo leaped over the competition to claim a sectional championship.

Talk about raising the bar.

A week earlier, Santangelo cleared 9-6 to earn runner-up honors at the GCAC Championships at LA.

The speedy LA foursome, who edged Evanston for first place (1:43.72), now has the second fastest time in school history.

It was that sort of night for Bendery, who qualified to this weekend’s state meet in Charleston in three events.

“Quite a meet for Addison,” Simon said.

Bendery, a defensive ace on the LA girls basketball team, also qualified to state with a runner-up performance in the 200 meters in a personal-record time of 25.69.

The Ramblers also received a stellar outing from their 4×800 relay. Seniors Louisa Edwards and Emily Plodzeen joined forces with two freshmen — Sarah Jay and Nicole Cleland —and beat the state cut with a third-place time of 9:31.75.

“That,” said Simon, noting that all four ran PRs, “was pretty enjoyable to watch.”

Cleland, who ran the third leg, was a key. Her split of 2:22 was a five-second improvement.

LA’s other highlight came in the long jump. Topping set a school record (17-5 ½) with a third-place finish in the event. She just missed the state cut of 17-6.

Loyola, which placed fifth in the team standings (64 points), also received a solid showing from Grace Powers in the discus (3rd, 106-10).

LA’s individual winners included Addison Bendery in the 100 and 200; Emily Plodzeen in the 3200; Grace Powers in the discus; and Angela Lynch in the shot put. The team also won the 4×200 relay (Anne Santangelo, Arianna Awdisho, Drea Barone and Bendery) and 4×400 relay (Eva Holtan, Nicole Cleland, Louisa Edwards and Betsy Delaney).

The runners-up included Plodzeen in the 1600; Brooke Moran in the 400; Sophia Beresheim in the 300 hurdles and the 4×800 relay of Cleland, Claudia Herman, Emma Uremovic and Sarah Jay). 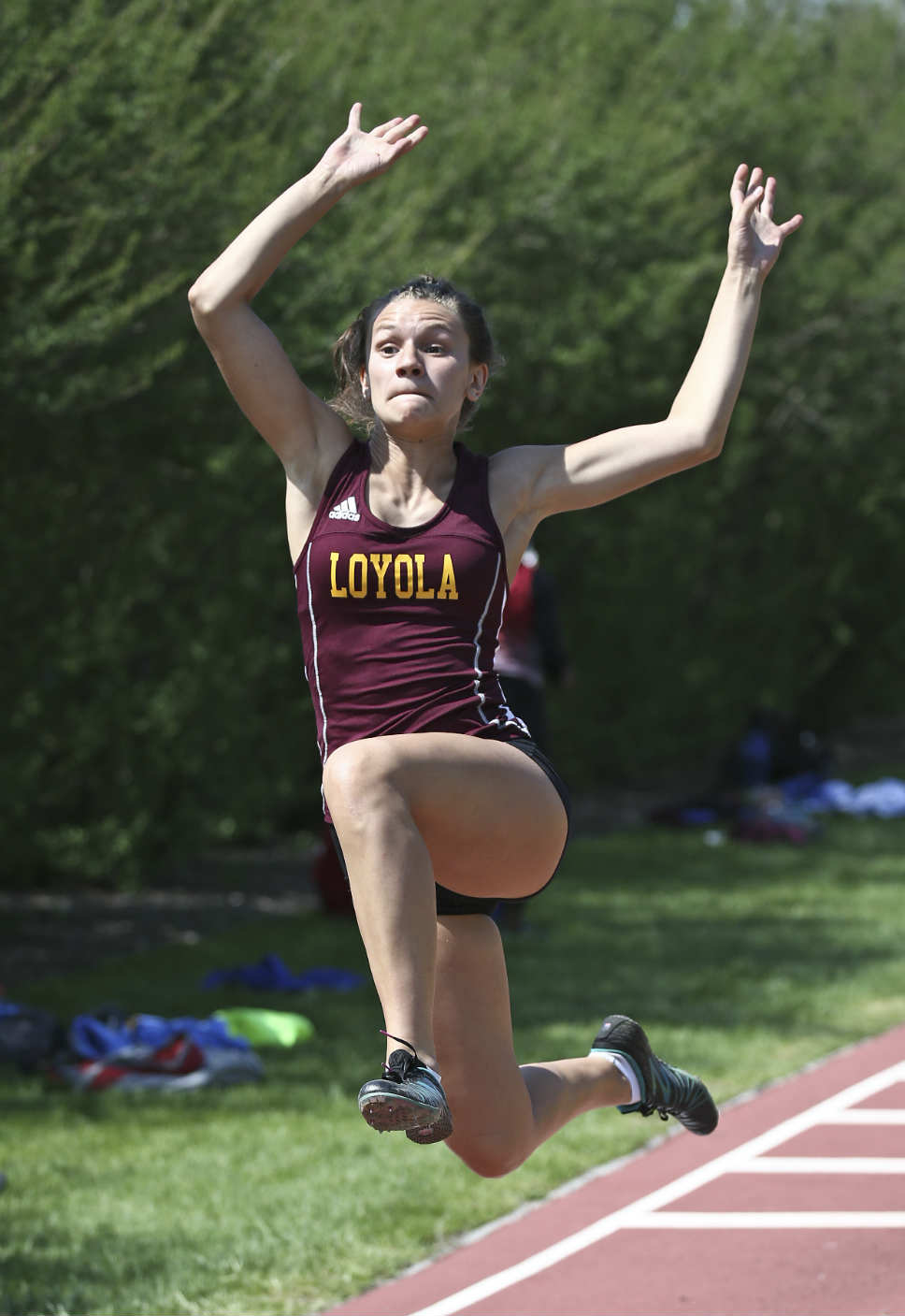 Allison Bendery of the Ramblers competes in the long jump at the Niles West Sectional. PHOTOGRAPHY BY GEORGE PFOERTNER 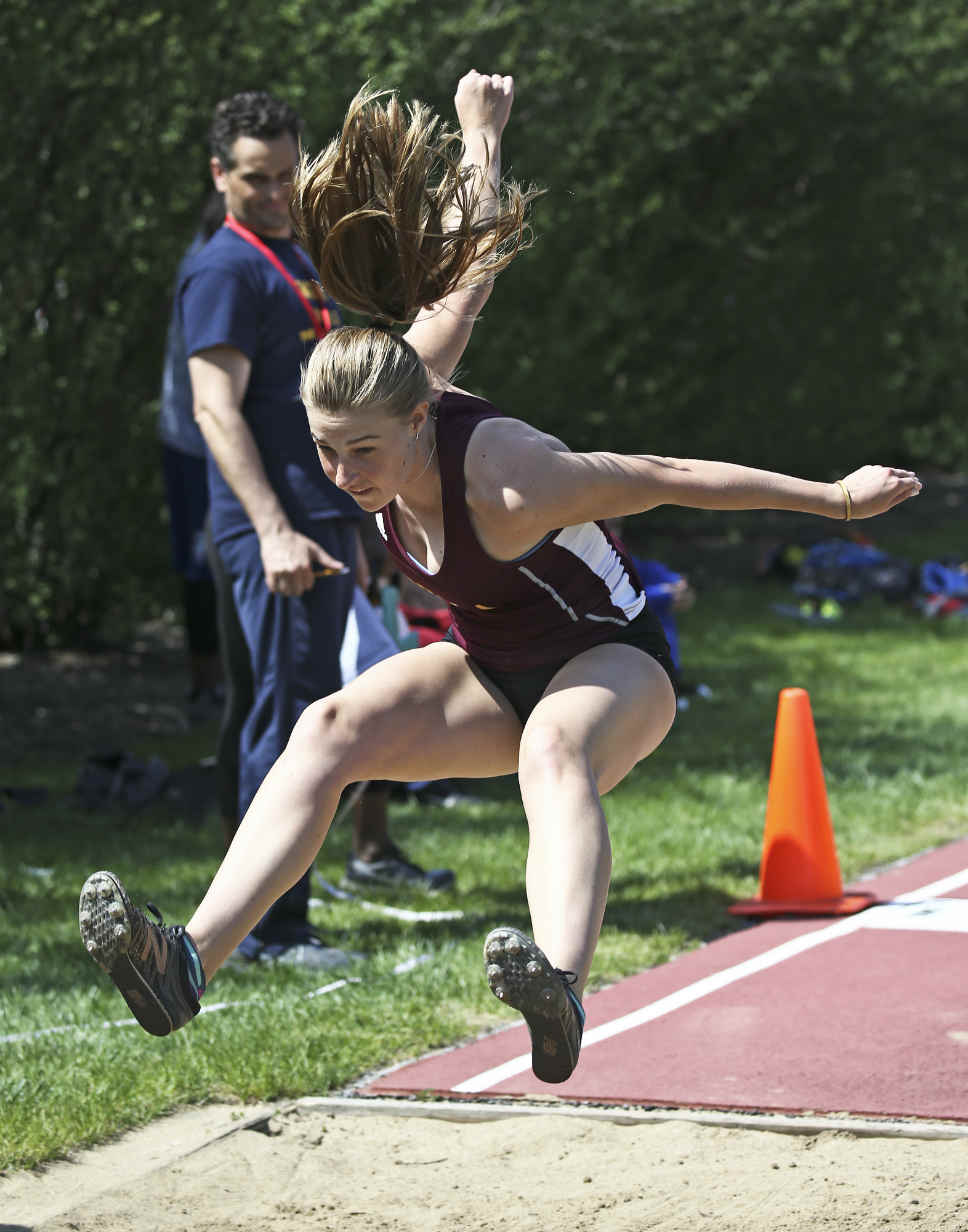 LA’s Jacqueline Topping goes airborne in the long jump at the sectional. PHOTOGRAPHY BY GEORGE PFOERTNER 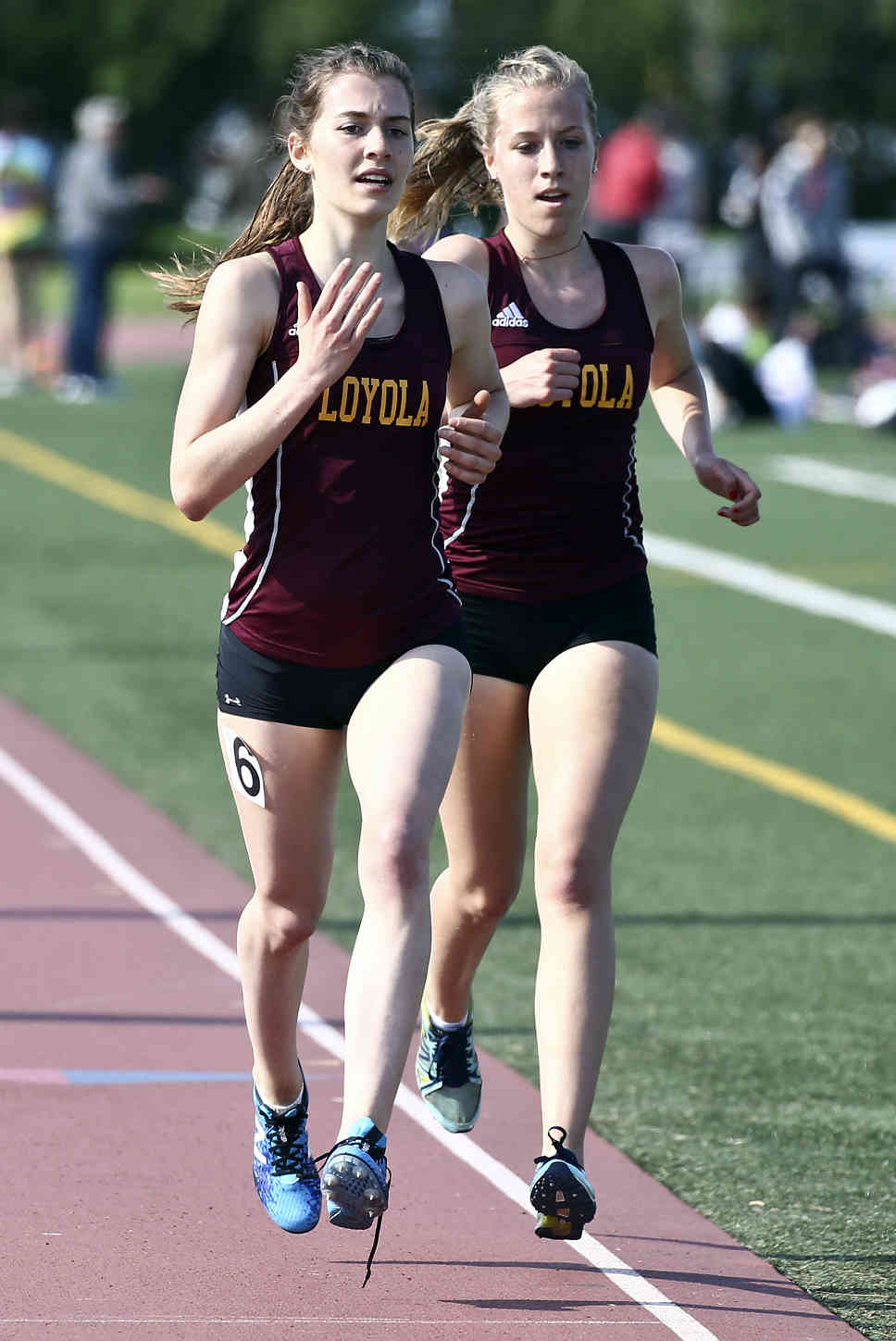