HIGHLAND PARK – When Bella Via celebrates its 20th anniversary on May 13, owner and executive chef Maurizio LoBosco will be reunited with his very first customer.

“We invite him every year on our anniversary. He tells his grandsons that he was the first customer of Bella Villa,” said LoBosco. “I took a picture with him when he came here for lunch on May 13, 1998.”

LoBosco is grateful for having many loyal customers who come in two or three times a week.

“I know the customers by name and what they’re usually going to order, as they rotate their dishes during the week,” said General Manager Carmela LaValle. “We make them feel like family.” LaValle began her 15-year career with Bella Via as a junior at Highland Park High School. 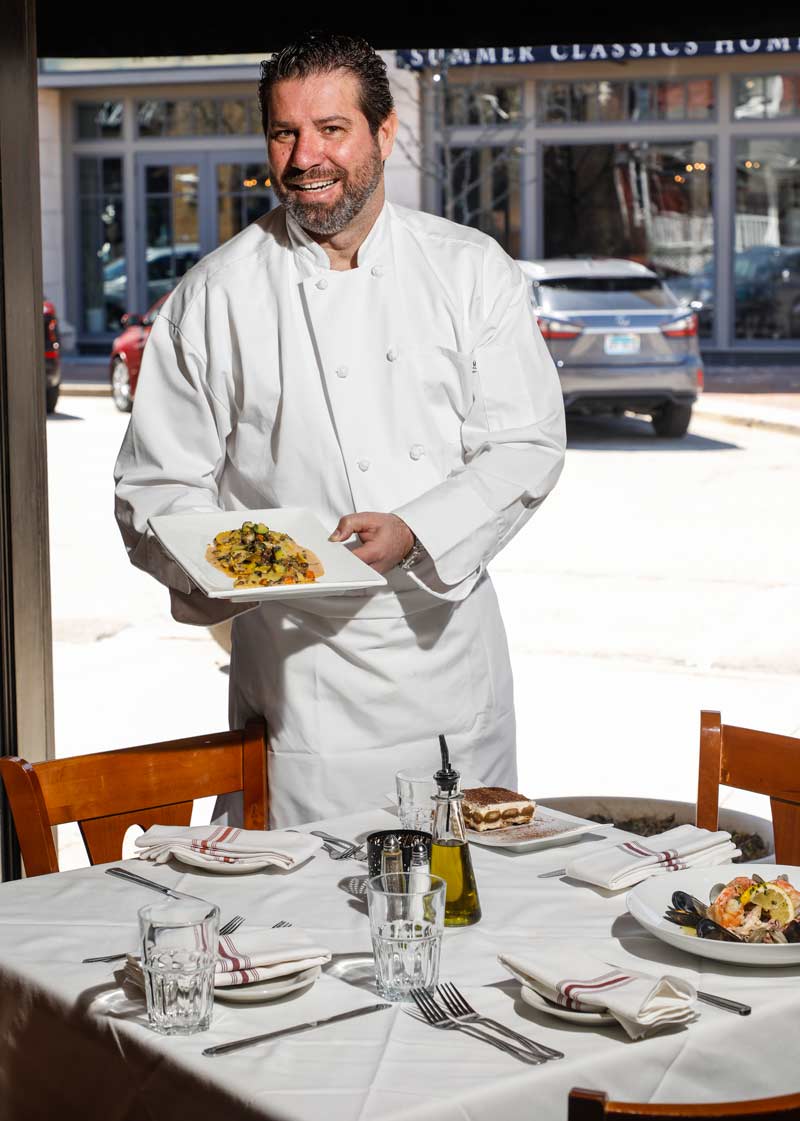 “We work as a team, and it’s a big accomplishment that we’ve been together so long in the restaurant business,” said LoBosco.

LoBosco grew up in Palermo, Sicily, and left his family at 17 when he emigrated to the U.S. When he first came to Chicago, he started as a dishwasher washing dishes from 6 a.m. to 2 p.m., and from 4 to 11 p.m. he worked in an Italian restaurant.

At night he would listen to Rosetta Stone to learn English and fall asleep wearing headphones. He worked for a few years before he studied at Kendall College in Evanston to become a chef.

LoBosco heard that the restaurant was available and liked the high ceilings, so he decided to put the authentic Italian cooking skills he learned from his mother to good use. She would cook delicious breakfasts, lunches and dinners for the family every day.

Bella Via took over the site that previously housed Pizza Mistero at 1899 Second Street.

“I barely spoke English when I opened Bella Via,” said LoBosco.  “I was a shy and scared 26-year-old.”

LoBosco said the former restaurant was open for about a year and seated about 38, which is a fraction of the more than 400 guests, including the banquet rooms, that Bella Via can serve today.

When Bella Via opened there were no Italian restaurants in downtown Highland Park. After Renaissance Place opened, Rosebud moved in.

LaValle added, “We’re like the neighborhood spot – family owned, family operated and we employ the kids from the schools.”

“Italians don’t believe in doggie bags to take home. We believe that you eat it, enjoy it and that’s it,” he said.

Some of Bella Via’s specialties include

LoBosco said the seafood salad is a popular appetizer and the mini-meatballs are a big hit with the kids. 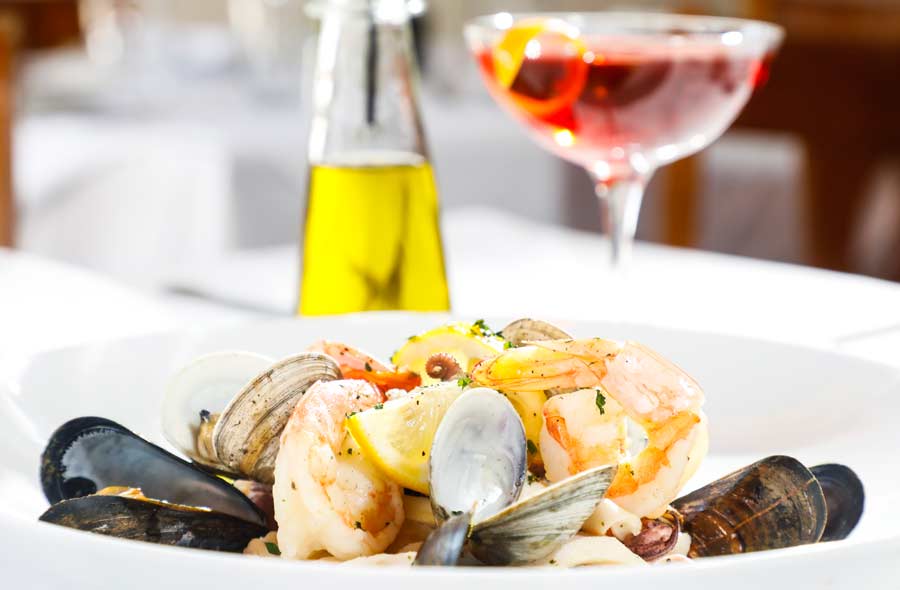 The Seafood Salad at Bella Via in Highland Park. Joel Lerner/JWC Media 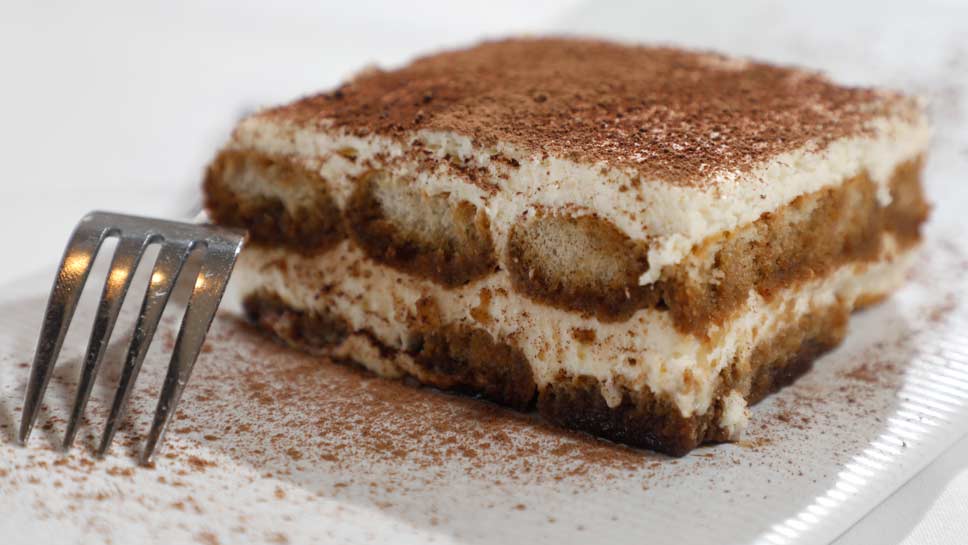 Tiramisu at Bella Via

Additionally, Bella Via serves about a dozen different pasta dishes with just as many sauce options.

“We’re still old fashioned with tablecloths on every table,” said LoBosco. “I’m only 47, but I still believe in the old traditional eating.”

To celebrate Bella Via’s 20th anniversary on May 13, LaValle said they will have a large party in the banquet facility for their regulars, with cocktails, hors d’oeuvres and wine stations.

The event will coincide with Mother’s Day where weather — permitting families — can also enjoy one of two outdoor dining options.

“Adjacent to the party facility we have a garden patio with live music in the summer. It’s a hidden gem,” said LaValle. There is also outdoor seating in front of the restaurant on Second Street.

LoBosco enjoys having customers taste the traditional Italian food that he grew up with, and he’s grateful to be a part of such a welcoming community.

“We’ve become like family with many of our customers,” said LoBosco. “So many people have tried to help us by offering advice, and we’re just so appreciative. That’s what I like about Highland Park, because they want us to succeed and we plan to be here another 20 years.”