Photographer Art Shay, an icon of the Chicago arts community, died April 28 of heart failure at his Deerfield home. He was 96.

Michelle Monroe, co-owner of the Monroe Gallery of Photography, which represents his fine arts photography, considered him a Renaissance man.

“It’s a huge loss,” she said in a phone interview. “He was a mentor; he guided us. We trusted him. You might never find someone like Art Shay; it’s once in a career.”

Actor and collaborator Mike Nussbaum once compared Shay to the Woody Allen character Zelig. “He has been with all kinds of famous people at important moments in history, having taken their photographs or living with them as (he did) with Jimmy Stewart and Nelson Algren,” he told the Chicago Tribune in 2002. 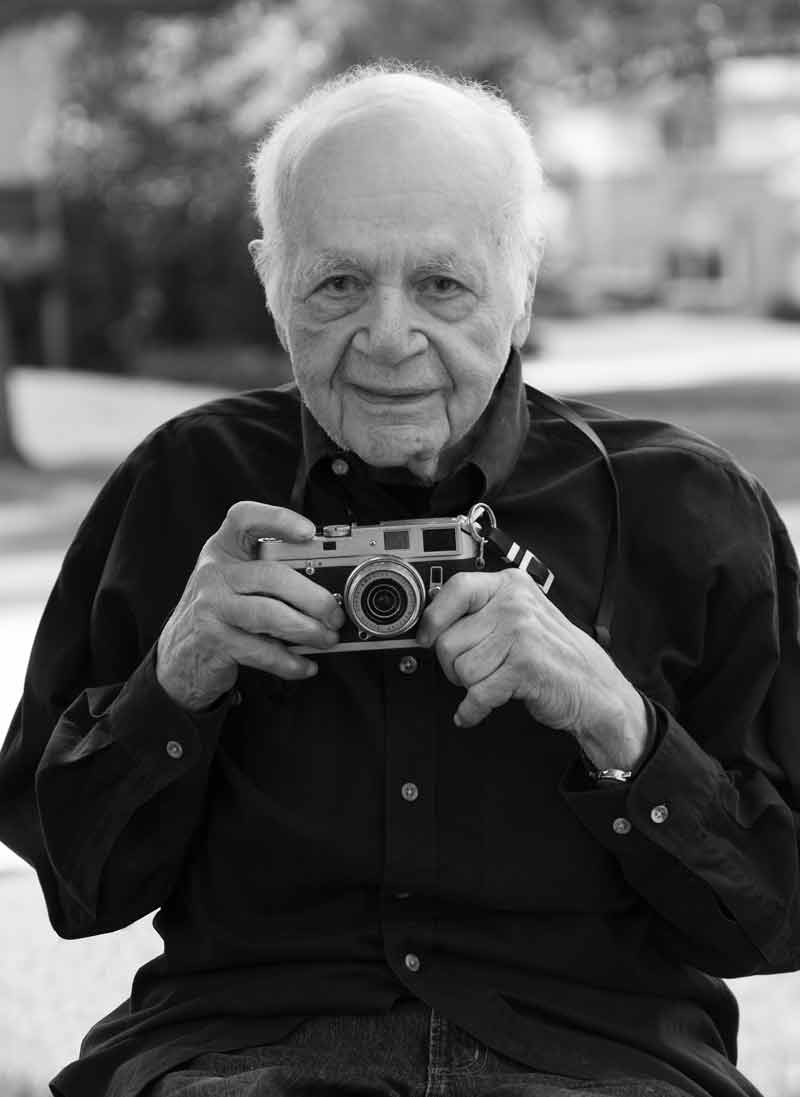 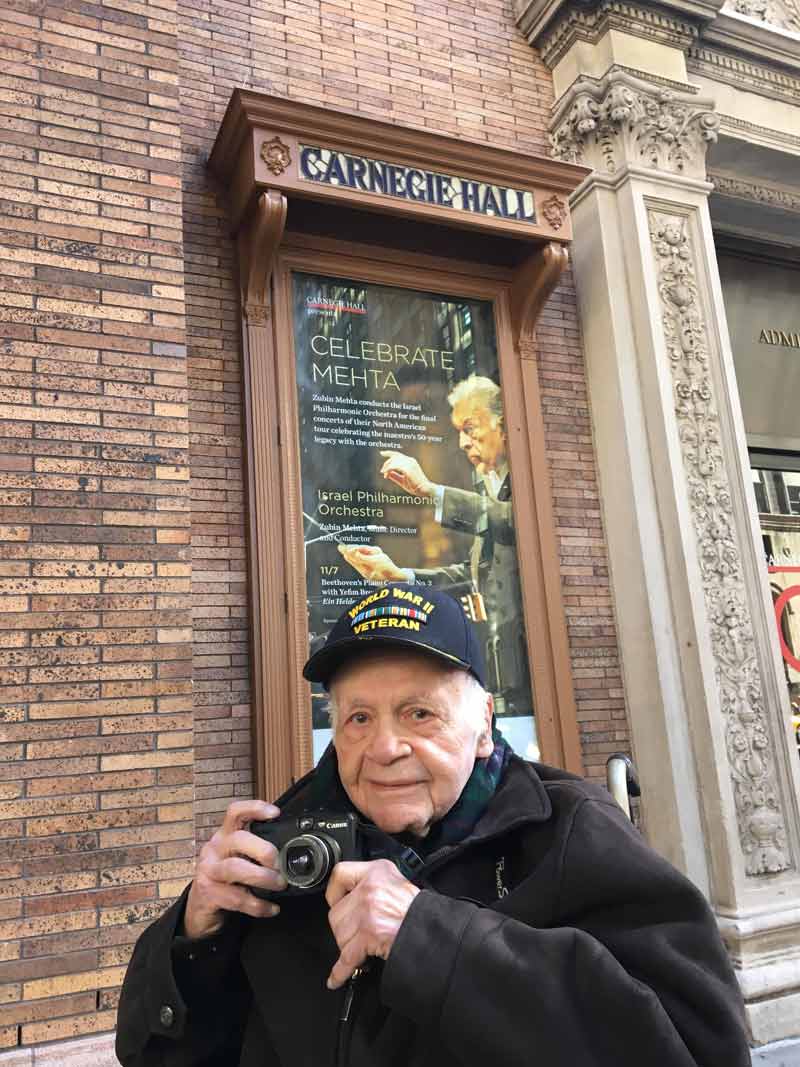 I interviewed Shay on a few occasions and always left his company thoroughly jazzed and inspired by the artistry of his work, his indefatigable creative drive, his passion for art and literature, and the enduring love for his wife of 67 years, Florence, who passed away from cancer in 2012.

Shay’s photographs appeared in Life magazine, Sports Illustrated and other publications, and are exhibited in galleries and museums. Currently on display at the American Writers Museum in Chicago is the exhibition “Capturing Stories: Photographs of Writers by Art Shay.” He wrote three plays, roughly 80 books (including a 2002 autobiography, An Album for an Age, Nelson Algren’s Chicago and a series of sports how-to books, of which 40 Common Errors in Golf and How to Correct Them was his bestseller, according to his son, Richard). He was a blogger, a columnist, and also a champion racquetball player.

“He’s one of our cultural treasures,” Thomas Masters, owner of Masters Gallery in Chicago, told me in 2010 upon hosting Shay’s first show of color photographs.

In his 2002 play, Where Have You Gone, Jimmy Stewart? based on Shay’s experiences serving under the actor as a navigator flying bomber missions for the US. Army Air Forces, Shay’s character is aptly described as an “energetic old guy.” Indeed, he was undertaking projects at an age when most would have long accepted retirement. In his late 80s, he was in discussions with Smashing Pumpkins frontman Billy Corgan about a collaboration.

Brooklyn native Shay worked for Life magazine after the war as a bureau chief in San Francisco. He moved to Chicago in 1948 with Florence, literally the love of his life, whom he met at a summer camp (she was a counselor; he a bugler). They married in 1944. They had five children, but one, Harmon, was murdered in Florida in 1972. The body was never found.

Florence was his muse, his business manager and a literary force in her own right as the owner of Titles, Inc., a rare books store in Highland Park. In tribute, Shay mounted an exhibition at Columbia College Chicago, “My Florence,” which was later released as a book. They lived in Deerfield for six decades.

Of Shay’s photography, Roger Ebert said that it “shakes you up, sets you down gently, pats you on the head and then kicks you in the ass.” 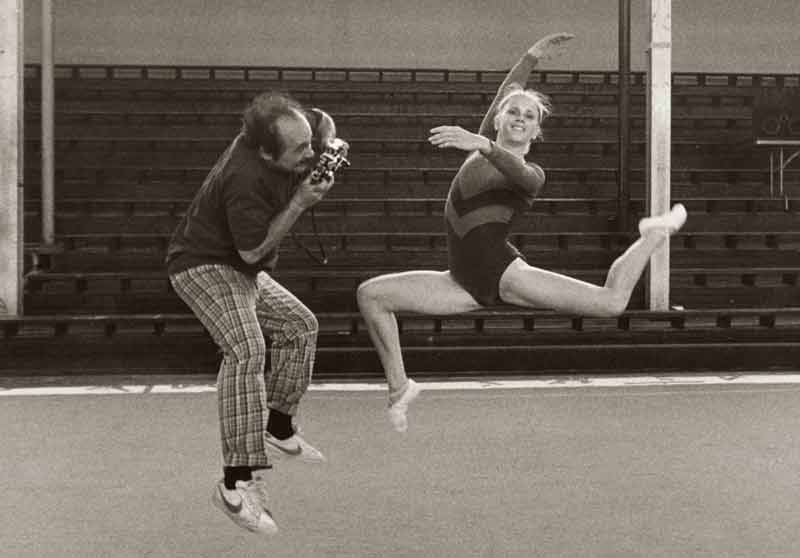 Richard Shay said that his father was “a natural at getting the decisive moment; always able to get the picture that told the story.” Shay himself told Mike Thomas in Chicago magazine last month, “A photo is a biography of a moment that would otherwise have gotten away.”

Shay created indelible photos of such 20th-century notables as John F. Kennedy, Martin Luther King Jr. and Muhammad Ali when the latter was known as Cassius Clay. His friendship with writer Nelson Algren led to his most famous—or infamous—photo of a nude Simone de Beauvoir, the French feminist and writer who had stepped out of the shower and was fixing her hair in the mirror. When she realized she was being photographed, de Beauvoir turned to Shay and said, “Oh, you naughty man.”

For Monroe, Shay’s artistry is most vividly preserved in his street photography and photos of ordinary Americans. “He was personally intent on portraying every life as important,” she praised. “He saw the power, the pathos and the opera in their lives. He was a hero for the Everyman.”

Shay was esteemed in photography circles, but Richard, also a successful photographer (his father gave him his first camera when he was 5 years old and at the age of 10 he accompanied his dad on a Sports Illustrated assignment to shoot a Chicago Bears-Green Bay Packers game), is gratified his father lived to see the recognition that came his way in his later years. Florence, he said, used to joke that Art would be famous after he was dead. Just last year, he received a Lifetime Achievement Award from the Lucie Foundation.

“The last opening of his (at Gallery Victor Armendariz),” Richard Shay recalled, “honest to God, for three hours, 20 to 30 year olds waited to talk to him about the pictures of Muddy Waters, Elizabeth Taylor, Martin Luther King Jr; a new generation who cared about people who had long since passed. He loved that.” 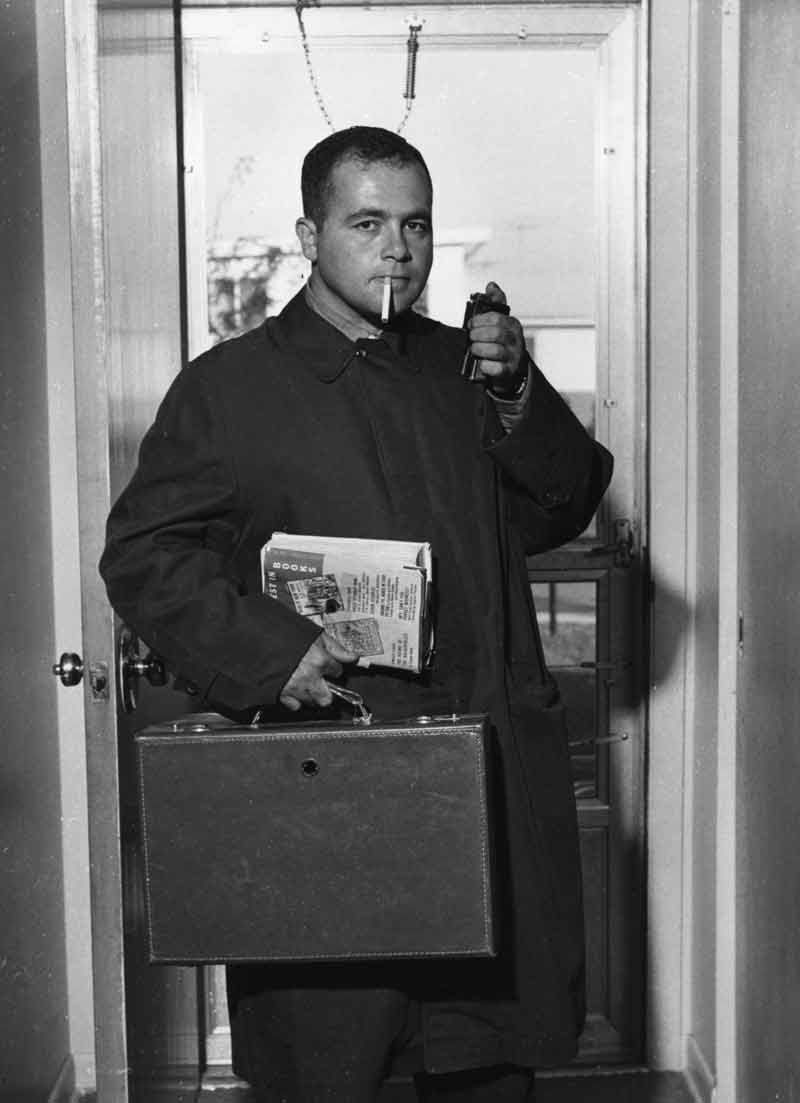