HIGHLAND PARK – When members from Congregation Solel and Lakeside Congregation for Reform Judaism voted to form a combined congregation with 650 families it was all about creating a stronger single community.

“Memberships at all congregations have dipped,” said Rob Lindner, president Lakeside Congregation for Reform Judaism. “The thing that is very unique and is not part of the trend is we combined two strong temples a mile and a half away from each other with incredibly similar values. We decided to do this while we still had many choices, because when you’re in a multi-choice situation and you can pick the best of the choices, that’s the ideal way to go,” said Lindner.

Holly Krakow, president of Congregation Solel, added: “When the members voted in April, they were voting on what their hearts told them, instead of what they thought the state of their synagogue was.”

She explained that the demographics of the temples are exactly the same. Though the sizes are slightly different, Lakeside and Solel have about the same amount of older families, younger families and empty nesters.

Rabbi Moffic was a 16-year-old student when he first met Rabbi Serotta who was the head of education at a Milwaukee temple.

“He has been a mentor to Rabbi Moffic,” said Krakow. “They have such a respectful relationship and the way they discuss, decide and operate together is so flawless that they’re a very special team.”

Lindner added that as a young rabbi, Rabbi Moffic probably called Rabbi Serotta for his input on different ideas, but now they are two colleagues who work very well together as “co-equal rabbis.”

When will the newly formed congregation decide on a new name?

Lindner said when the temples were putting the whole organization and concept together, they decided to get input and wisdom from all of the families, so the name will be decided through a subcommittee structure.

“We also wanted to be sensitive and respectful to the fact that we’re doing this from strength to strength and nobody is ignoring anybody else,” said Krakow. “We’re coming from equal positions and we didn’t want to be the typical four named synagogue and use all of our names. We’re choosing a fresh new name that is new to all of us, because we truly are creating something new.”

Lindner explained that one of the reasons the congregations decided that the Solel building was the more appropriate of the two, is because it didn’t require major renovations. The building was completed in 1963 and the chapel was added in 2001, along with a new administrative wing in 2010.

“If we had decided that Lakeside would be the final location, then it would’ve been a much more complex and expensive project,” said Lindner. “The flexibility of the building at Solel was a big selling point for being able to put this whole matter together, and the Lakeside building just doesn’t have that same kind of flexibility.”

Some of the minor renovations will include putting Lakeside’s arc into the main sanctuary and readjusting the administrative office to create equal space for the rabbis and increase space for office personnel.

Lindner said the congregation will be selling the Lakeside building.

The presidents look forward to combining traditions by incorporating the best of both programs.

“We’re both founded on social justice philosophies and that was the culminating thing that brought us together,” said Krakow.

In addition, Lakeside’s Adult Enrichment program with weekly guest speakers has been very popular. Lindner said an increasing number of Solel members have joined in on this event which includes a free breakfast and is open to the community.

The congregations have created 18 different working groups which cover everything from administration to facilities to finances. Lindner said the next step is each group or subcommittee will have a co-chair and those co-chairs will reach out to the different subcommittees to decide how to handle issues.

Krakow added that volunteers are still needed and any congregant is welcome to join a committee to help make decisions.

The presidents told DailyNorthShore what they are most excited about the merger.

“I’m excited that we get to take the old traditions of our founding members that are so secure and that we could make it more diverse and more updated for our population,” said Krakow.

Lindner is not only thrilled about combining wonderful ideas from Lakeside and Solel, but he welcomes hearing more ideas from members who are speaking up for the first time as well as new members.

“The possibility to restructure your programs and your outlook are never greater than when it’s a brand new organization and being able to build up on a foundation that these two great organizations have is super exciting,” said Lindner.

According to a press release, the congregations’ Hebrew and religious education programs for children will be combined at the start of the next school year, in September of 2018, at 1301 Clavey Road, Highland Park which currently houses Solel. The two synagogues will be fully combined in the Summer of 2019. 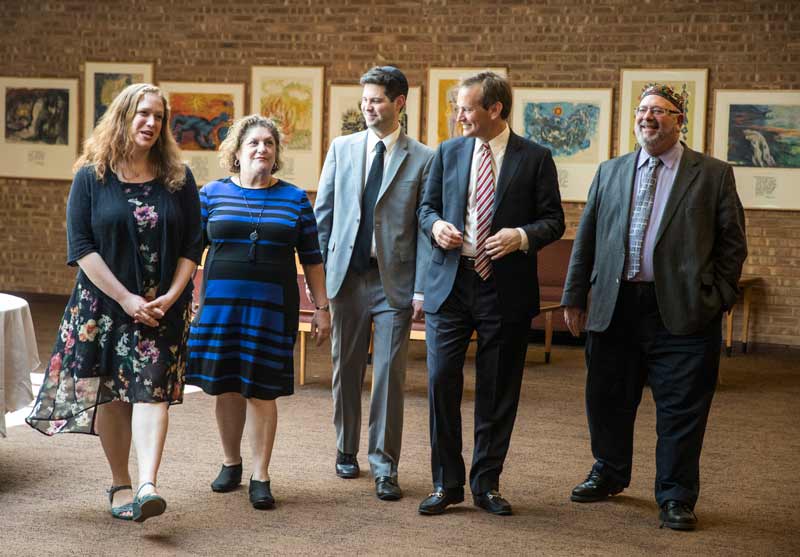 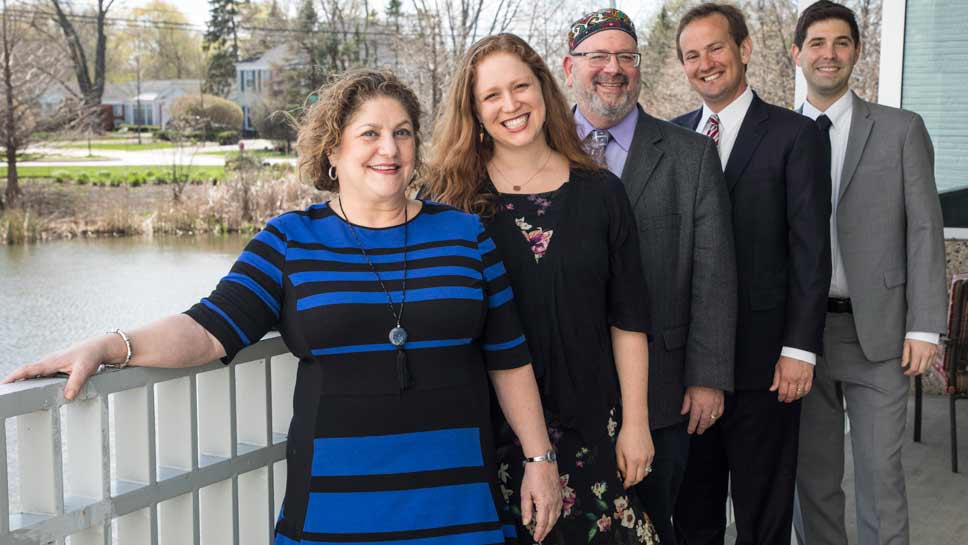