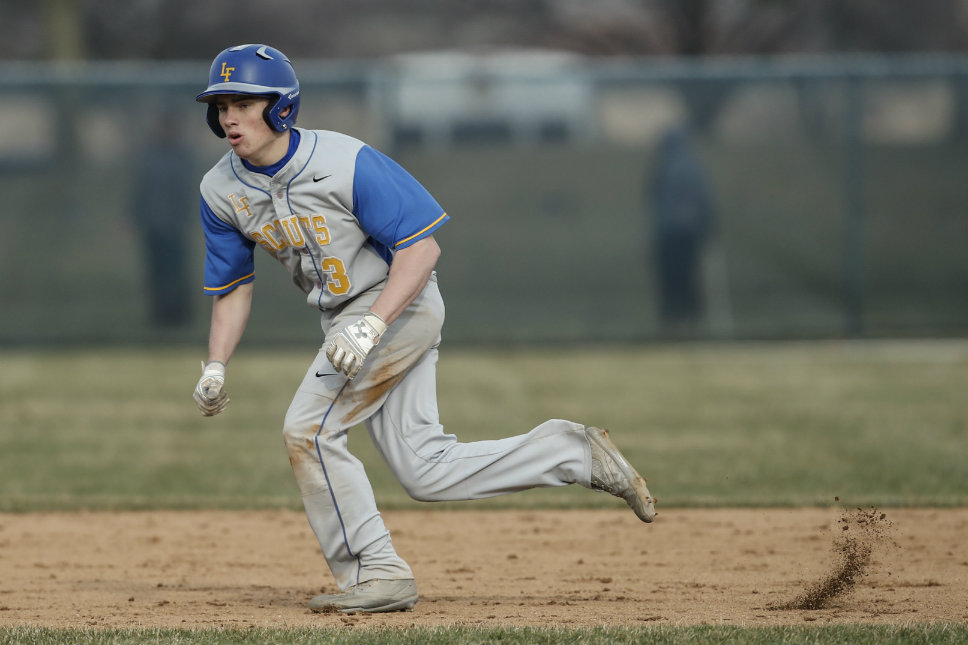 In between games of a doubleheader the other day, Caleb Durbin appeared at ease.

The Lake Forest High School senior shortstop went into relax mode during an interview session. He smiled. He joked.

Which is a quite the departure for the serious-minded and laser-focused Durbin. You just don’t see that side of him, when he’s playing between the lines. The kid is just as fierce on a baseball field as he is on a wrestling mat.

Or, on a football field, for that matter.

Ray Del Fava has picked up on Durbin’s “new” persona.

“He’s not a rah-rah guy, but we’ve seen his personality come out a little more this season,” said the Lake Forest head baseball coach. “The other kids on the team like being around him. They know he’s a winner.

“He’s just one of those kids who goes about things the right way,” the coach added. “He never taunts guys on the other side. Never boasts. Never says ‘boo’ to the umpires.”

He survived the Durbin Slump of 2018. It’s well behind him. Ancient history.

But going through it had to be a little unnerving — even for Durbin.

The kid who had 50 hits in 100 at-bats last spring started the season in confounding fashion.

Nothing went right for him in a four-game set in South Carolina.

Where is Caleb Durbin and what have you done with him?

He collected exactly 0 hits in 13 at-bats on that spring trip.

He was a weak popup waiting too happen.

“He wasn’t hitting anything with authority,” noted Del Fava. “He’d tell you that.”

Well, you can call off the search party.

Durbin is alive and well. With bat blazing.

His numbers, all of a sudden, have taken off in comet-like fashion. Durbin, who reached base in 12 straight at-bats last week (8 hits, 1 walk, 3 hit by pitches), has upped his average to .358.

“I wasn’t worried about [the tough start],” said Durbin. “I was a little rusty coming off wrestling. I just tried to get into a rhythm.

“A lot of this game is mental,” he added. “I just needed to keep things simple. Try not to do too much.”

Durbin had some history to fall back on.

And, along the way, Durbin received some valuable advice from one of his former club coaches: Joe Ferro.

“When I was with the Lakeside Legends, Coach Ferro told me that there’s no such thing as a slump,” said Durbin. “Because every time you go to the plate, you have a chance to make a difference.

“Those words have always stuck with me,” he added.

Despite that tough start, Del Fava never lost confidence in his consummate leadoff hitter. Never took him out of the first hole.

“You can see that he’s our catalyst,” said the LF coach. “It’s not a coincidence that we struggled when Caleb struggled. He’s the one that gets our offense going.

But here’s the remarkable part: Durbin is doing all this — and playing one of the game’s most demanding positions — with a labrum tear in his right shoulder.

Hard to believe. Not really. Not for Durbin.

He sustained the injury while playing cornerback in a Week Four football game — a 36-7 loss against visiting Warren. He didn’t miss a series. He was having too much fun defending 6-5 superstar receiver Micah Jones, a Notre Dame recruit .

In fact, Durbin — who played only one season of football at the school — kept his starting job and never missed a practice the rest of the way.

And somehow, he “played through” the entire wrestling season with the labrum injury and ended up qualifying to the Class 3A state meet at 160 pounds.

“Never a thought that I wasn’t going to wrestle,” said Durbin. “No matter what, I was going to grind it out.”

“That’s one of the only things that I have on him,” said Durbin, who wound up setting five school records, including most technical falls in a season.

Putting up gaudy numbers is sort of what he does.

Last spring, as CEO of Manufacturing Runs for the Scouts, Durbin put together one of those unparalleled seasons.

His totals were stark.

And, in the offseason, Durbin came to a stark realization.

“[Division I] college coaches don’t care much about your stats,” he said.

Not so with Division III Washington University in St. Louis. The Bears saw him at a couple of showcases and made a convincing “come play us” call. It figures to be a good fit for Durbin, who will major in economics.

“Washington is getting a gem,” said Del Fava. “Caleb’s ceiling is so high.”

Durbin, meanwhile, is looking to stay hot — he’s three hits away from breaking the school’s all-time hits record (111), which is held by JR Reimer, a senior at Northwestern — and continue his job of mentoring the young players on LF’s varsity.

“It’s been awesome playing side by side with him this year,” said sophomore third baseman Breck Nowik. “He loves the game. Makes every play.

“And he’s a great teammate,” Nowik added. “He’s always giving me in-game feedback. Always talking to me. I look up to him just like he used look up to Cal Coughlin [a former LF player who now plays at Texas Christian].” 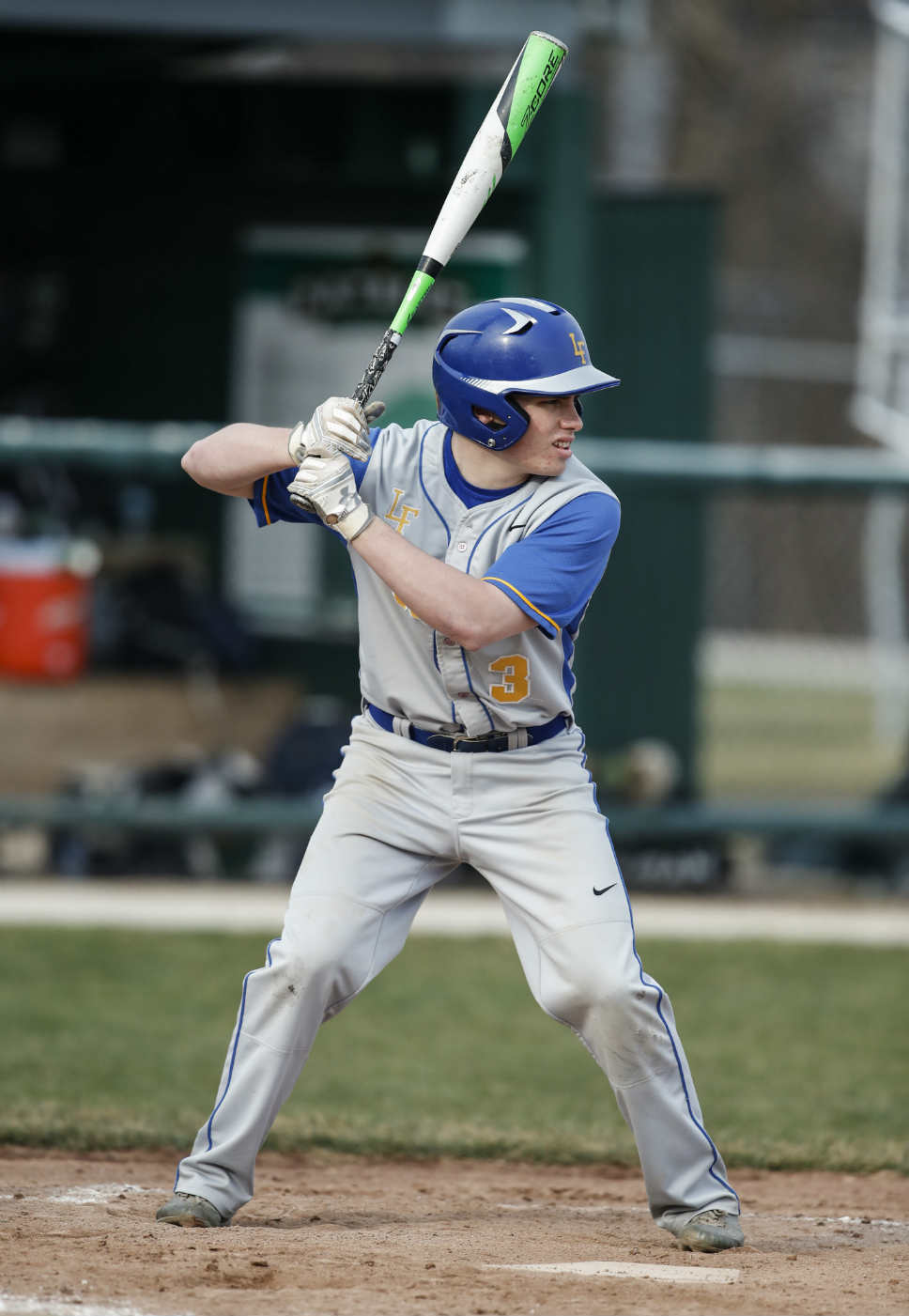 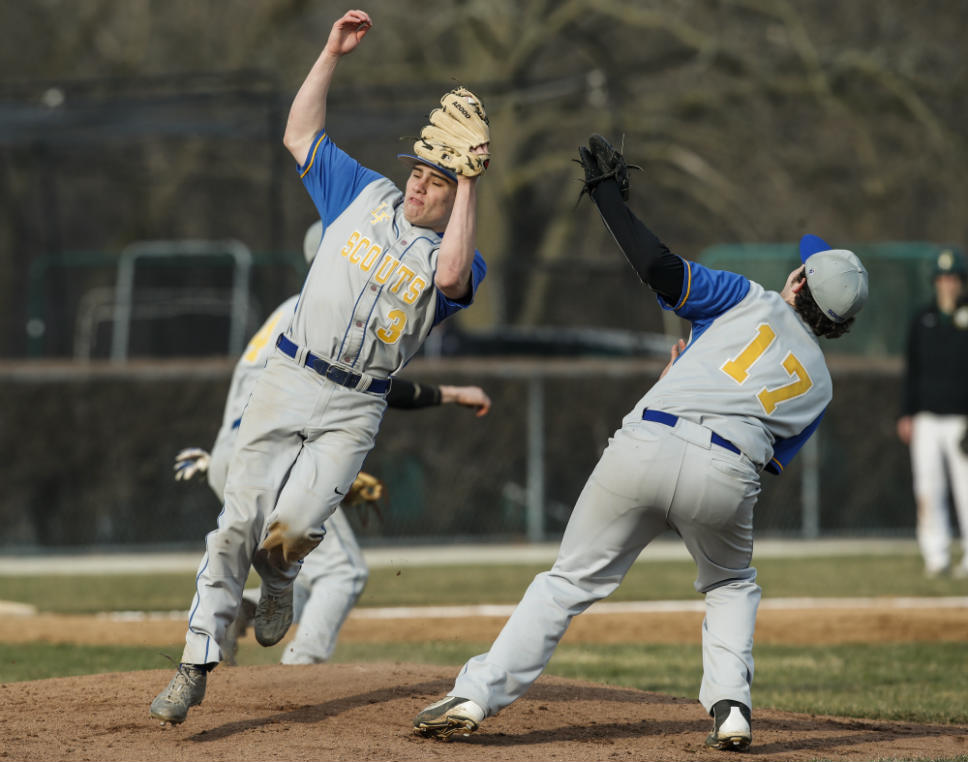 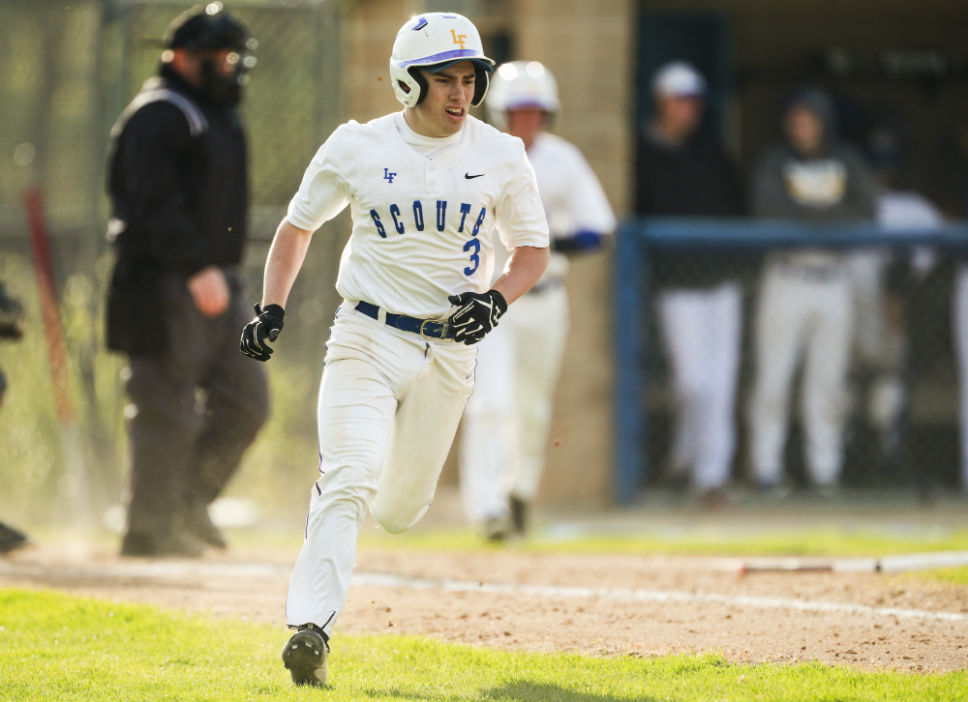 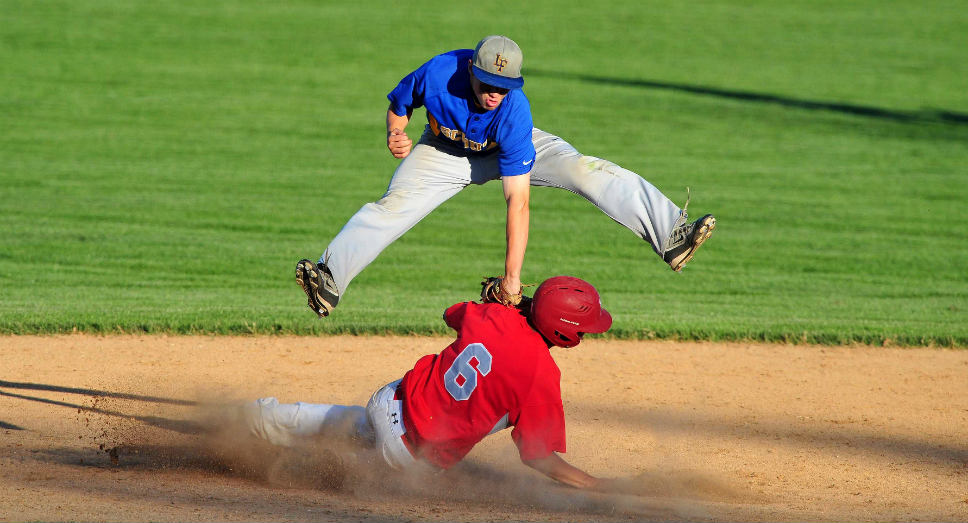 Lake Forest High School’s Caleb Durbin makes a play at second base during action in 2016.