WINNETKA – On an afternoon that feels like the first real day of spring, when most teenagers are outside enjoying the weather, a group of New Trier High School students has instead elected to stay inside. This isn’t a punishment; the students are the 10 cast members of the school’s spring play, Rumors, by Neil Simon.

“This has been one of the most fun shows I have directed because we are laughing all the time,” Ryan Dunn, director, told DailyNorthShore.

Fun, high energy, fast-paced, hilarious — words that Dunn and the cast members used to describe the play. Rumors takes place in a tastefully appointed townhouse, where four couples have gathered to celebrate a 10th wedding anniversary, only to find the host (and deputy mayor of New York) has accidentally shot himself in the ear and his wife is nowhere to be found. What follows is a comedic farce of confusion and miscommunication, where all the guests are complicit in a cover-up no one entirely understands. 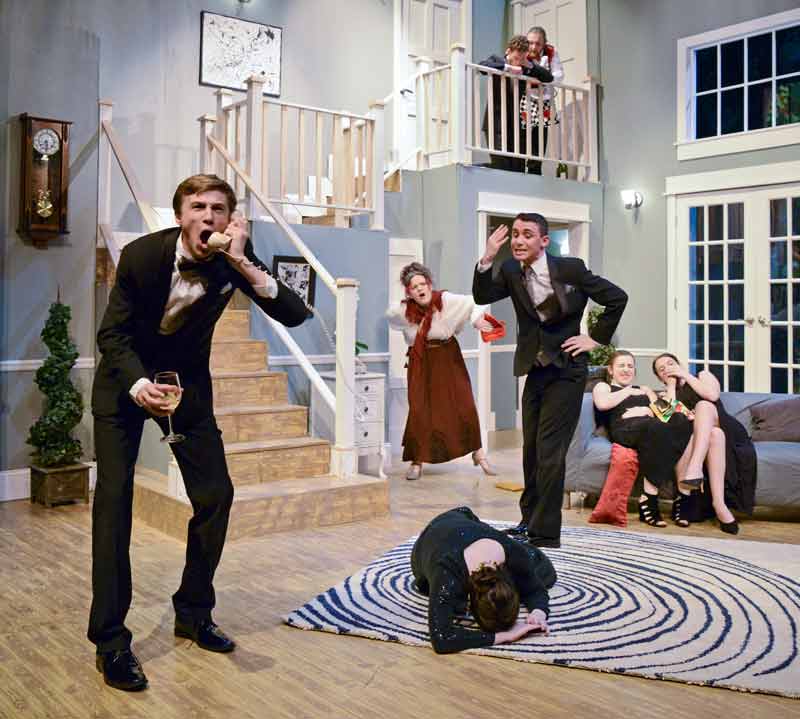 Dunn confessed he chose Rumors as the spring play because he has loved Neil Simon since he was in high school. And he really wanted to give the students an opportunity to act in one of the award-winning playwright’s comedies. “It’s funny and I love comedies,” Dunn explained. With a cast of 10, Rumors had a large enough cast — many of Simon’s plays have even smaller casts — to put on at school, Dunn said.

The students rehearsed for six weeks everyday after school for a couple of hours, spending more time rehearsing as they got closer to show time. While the spring play is open to the whole school, this year’s cast is comprised entirely of juniors and seniors, many of whom have participated in the school theater program since freshman year. Dunn has enjoyed working with a group that has mastered the fundamentals, allowing him to focus on the subtle elements in the play. “They were right into it, having fun,” Dunn said.

Dunn is a physics teacher with a passion for theater. Before switching to a physics major in college, he majored in theater. Being involved in the after-school theater program has fed Dunn’s interest and kept things interesting.

Max Rezek-TeWinkle, a senior, said Dunn was his first director his freshman year. “It was really cool to come full circle to have him be my first and last director at New Trier,” Rezek-TeWinkle said. He has found Rumors to be a fun experience, where the small cast has brought a lot of energy and excitement to rehearsals. “Yelling at each other has probably been the most fun part of the show,” Rezek-TeWinkle said.

The timing of the play, which requires a lot of entrances and exits, has been challenging for everyone. Elise Reehl, a senior, spent a lot of time learning her lines, finding the fast pace a challenge. Reviewing her lines before going to sleep, as well as writing them out at the outset of the rehearsals, were two helpful techniques she utilized.

As the cast heads into the final months of the school year, putting on a comedy seems to be the perfect way to end the year on a high note. “The play is hilarious. I don’t think I have ever laughed so much when I did in the initial read through of the play,” Isaac Slomski-Pritz, a senior, said. 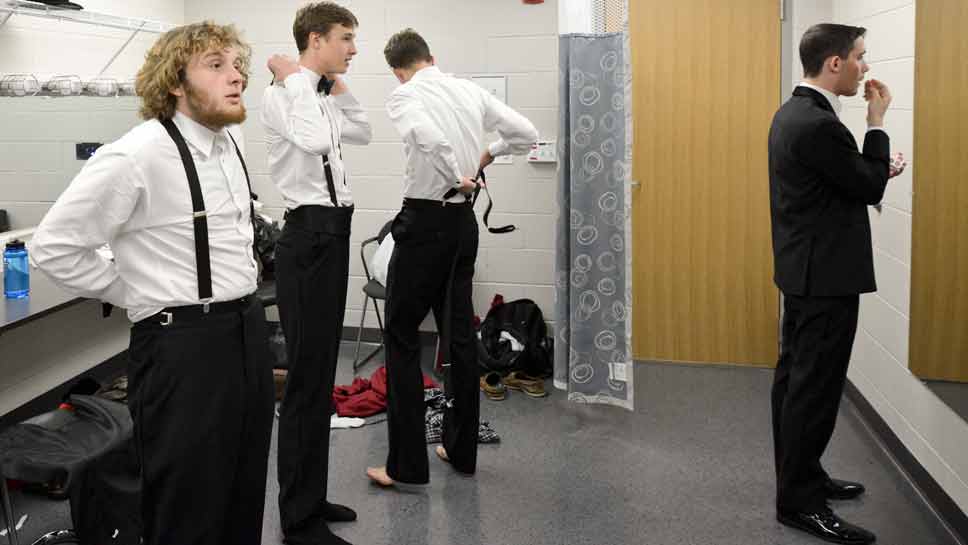 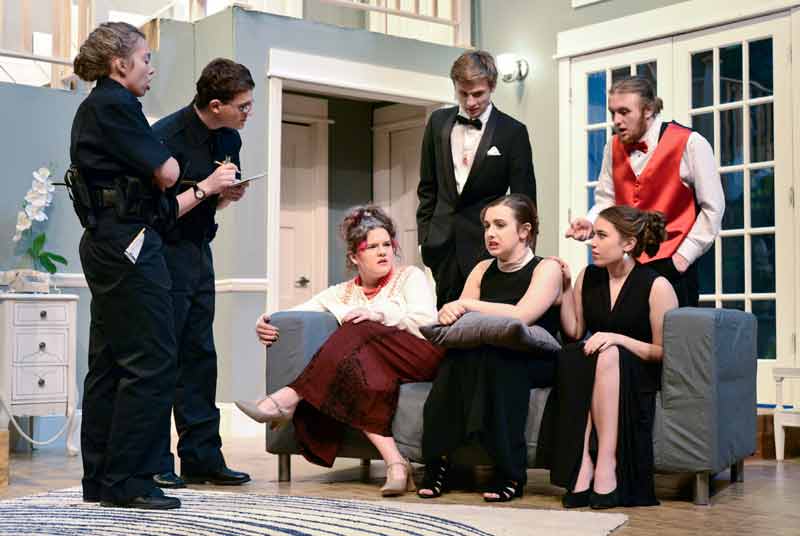 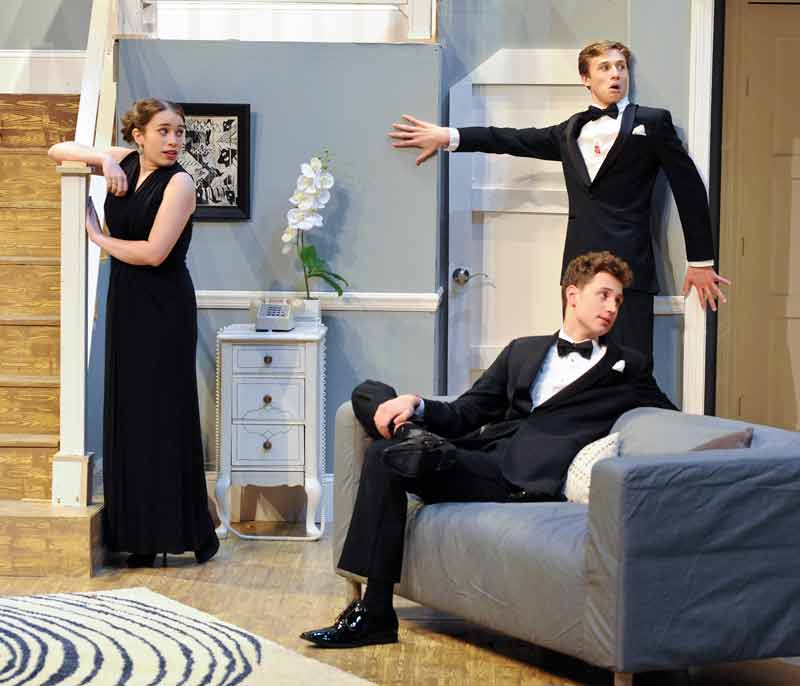 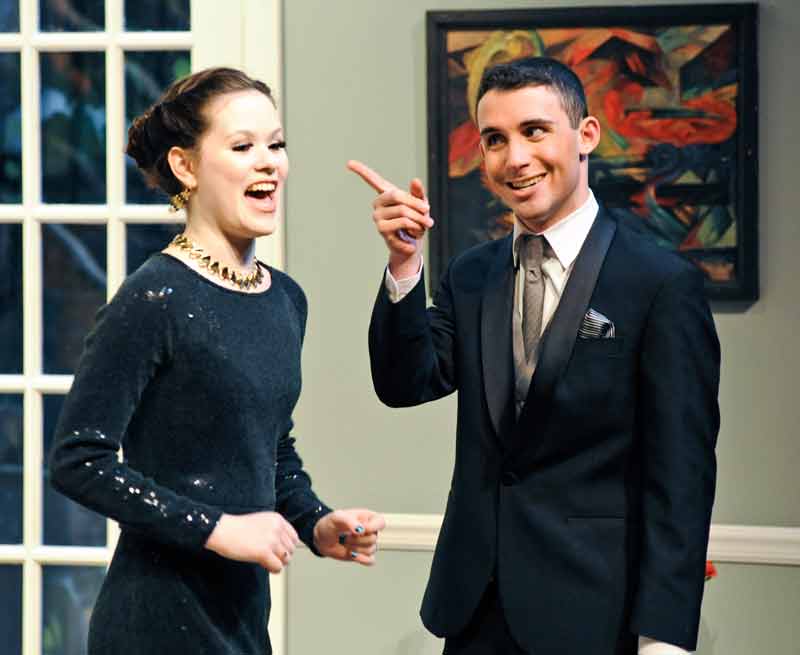 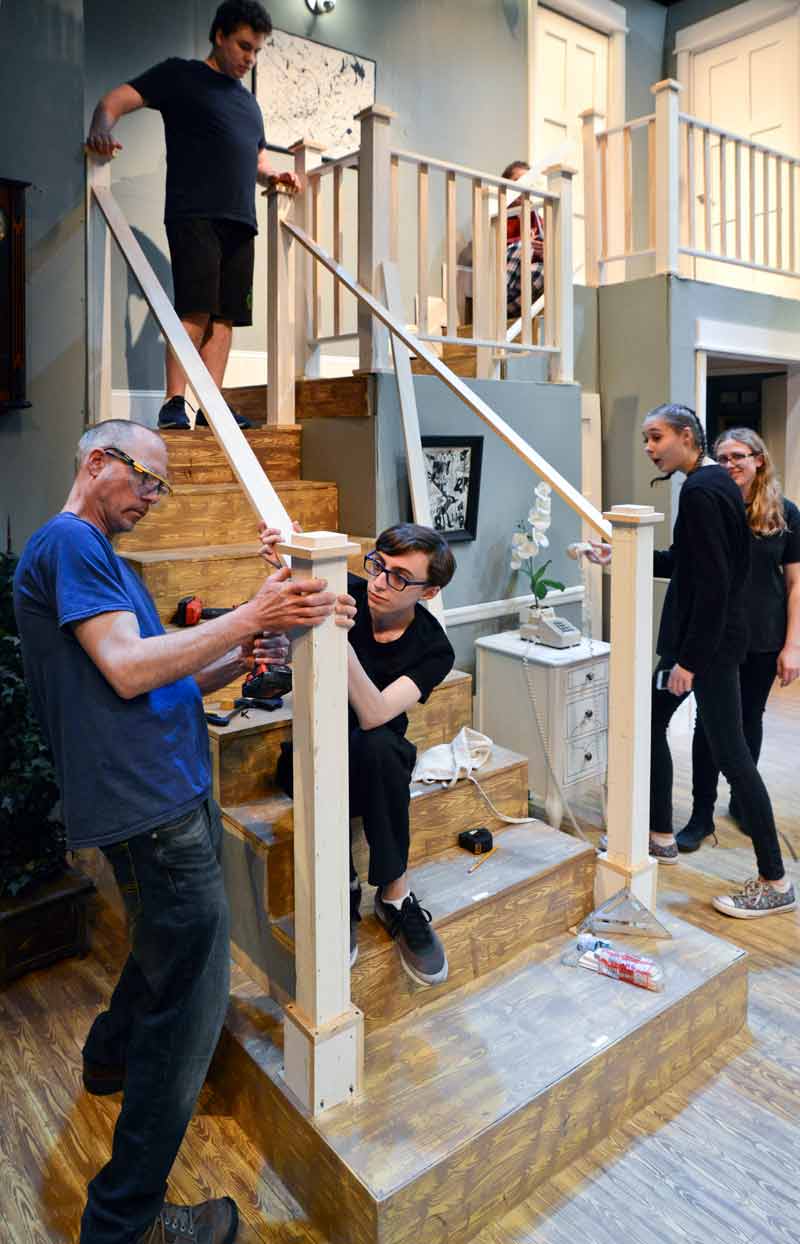 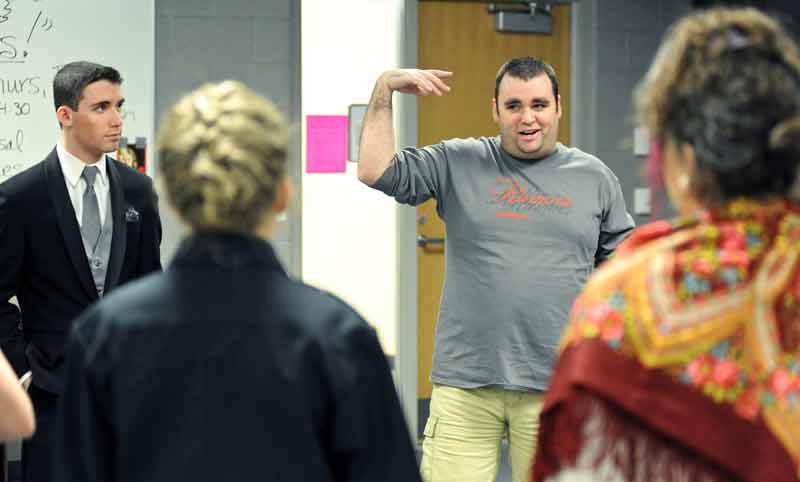 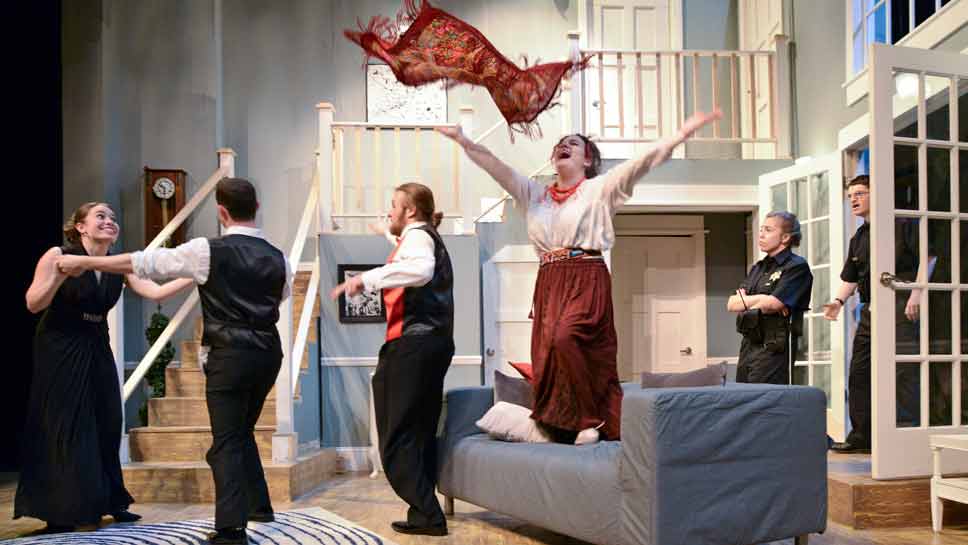