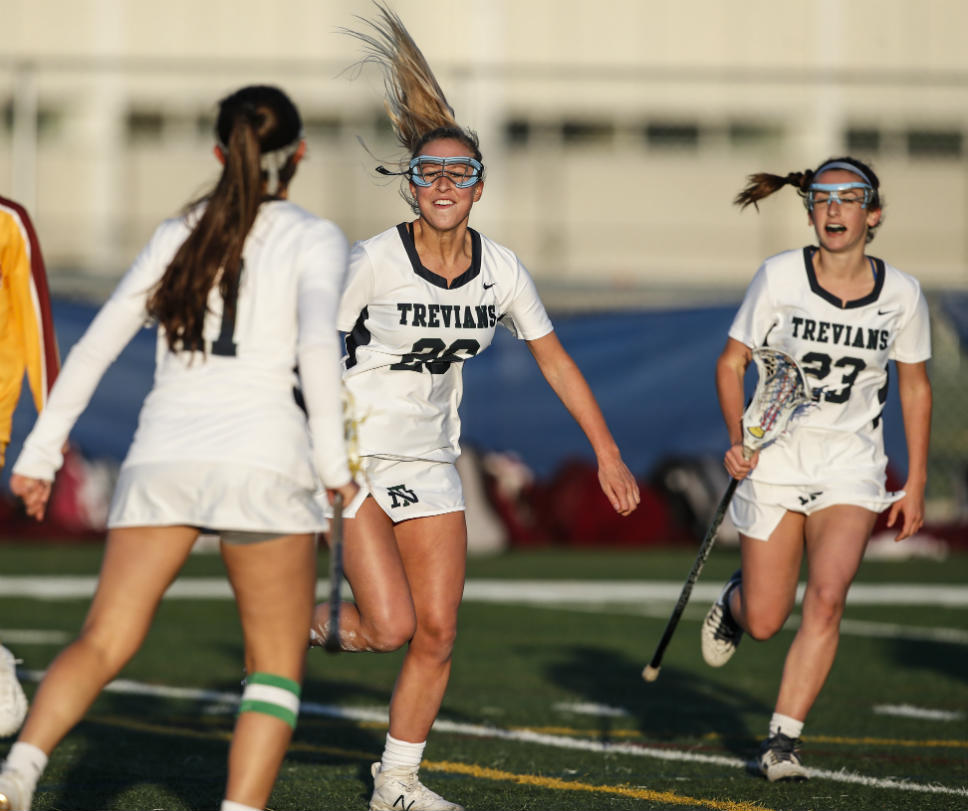 Courtney Kaskey, a Winnetkan, cut and hustled her way to two goals in the first 12 minutes of the first half in NT’s home game against nine-time reigning IHSWLA state champion Loyola Academy April 25.

Loyola Academy’s Ramblers then scored five unanswered goals in the first half and opened the second half with a 5-0 run en route to an 18-6 victory.

“We came out so confident, so poised [against Rockford], and then we sustained that level of play,” Kaskey says. “That was a very good game for us; that’s how we need to play in every game.”

Trevians junior middie/defender Katie Busch, for one, considers Kaskey the consummate teammate, a blur with the ball and an integral Trev at both ends of the field.

“She plays with so much energy, and she’s fast, really fast, in transition, always pushing, always aggressive — and smart, while being aggressive,” Busch says of Kaskey, a third-year varsity lacrosse member who suited up, as a forward, for NT’s varsity field hockey squad the past two autumns.

“Courtney,” she adds “is a cornerstone of our attack. Plus she’s strong defensively.”

Kaskey’s mother, Christy, played lacrosse — as a middie, as well — for half a year at Boston College and served as one of her daughter’s Illinois Girls Lacrosse Association (IGLA) youth coaches. Courtney’s coach at U Mass-Amherst will be Angela McMahon, a 2004 Northwestern University graduate who, as a tri-captain, helped the Wildcats’ women’s lacrosse team advance to the ’04 NCAA quarterfinals.

Sounds a lot like Courtney Kaskey, who ranks in the top three in goals and assists for her final NT lax club and has emerged as an improved distributor of the ball.

“She means a lot to our program,” Collins says. “A special kid and athlete, a great spark for us. Courtney is fast, makes great backdoor cuts … she makes plays, big plays, and she makes a difference everywhere on the field. She’s awesome and super competitive.

“But she’s more than just a valuable player for us,” the coach adds. “Courtney has always been quick to put her arm around a teammate and show her support.”

Notable: The New Trier girls lacrosse team improved its record to 10-3 overall with a 16-6 defeat of visiting Evanston April 27. … Trevians junior attack Lucy Murray struck for a team-high three goals in NT’s 18-6 loss to visiting Loyola Academy (11-3) April 25. Sophomore middie Claudia Shevitz scored NT’s final tally in the waning moments of the second half. … New Trier scored 17 or more goals in each of its first five wins this spring. 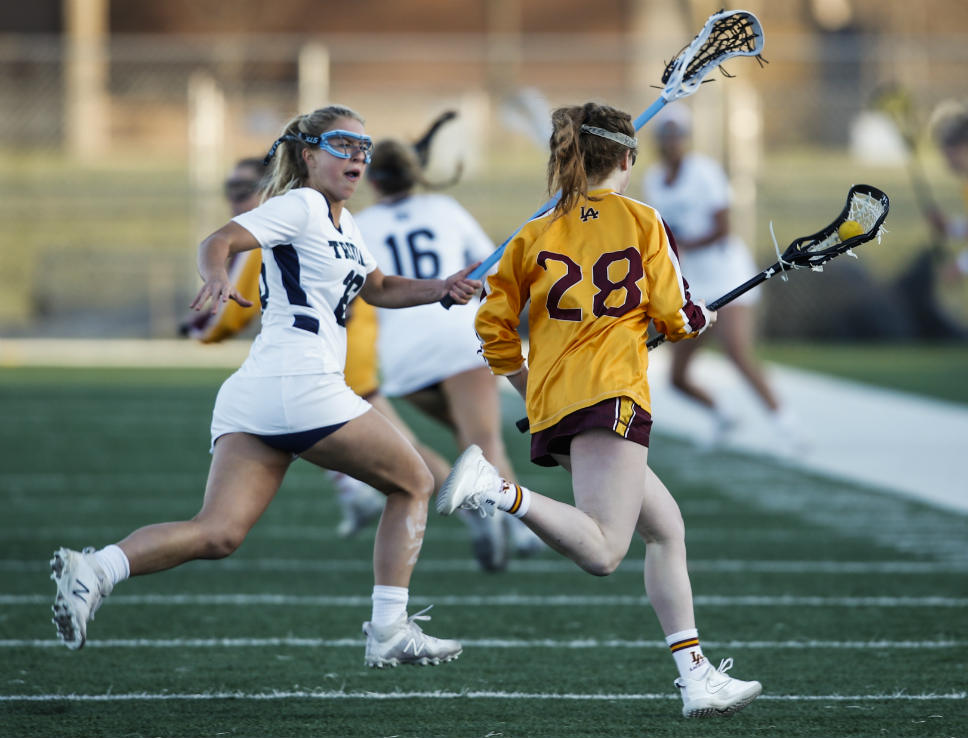