Founders Pasquale Caputo and Rene Caputo started the eponymous cheese business in 1978 as a market in Melrose Park selling small bulk quantities of domestic and imported cheeses. The two immigrated to the United States from Italy in 1954. Natale Caputo, the founders’ son and company president, said his father considered becoming a McDonald’s franchisee in 1990. The franchise was in Verona, Italy.

“The cheese business was going really well so he decided not to do it,” said Natale Caputo, a 1989 Highland Park High School graduate. “I remember looking at colleges in Italy so I know he was serious.”

“As long as it comes from a cow, a goat, a sheep or a buffalo we have the cheese,” said Natale Caputo.

At the World Championship Cheese Contest in March, Caputo Cheese’s burrata and mozzarella won First Place in their categories, and Caputo’s ricotta made the top 10.

There were more than 3,400 entries in over 120 classifications. The burrata also made the top 20 in the overall judging among category winners.

The contest, which began in 1957, is sponsored by the Wisconsin Cheese Makers Association, and it is held every two years in a Wisconsin city.

Customers walking into Caputo Cheese Market in Lake Forest can buy all three championship cheeses, which are made in the company’s main facility in Melrose Park. They can also find hundreds of other varieties as well as homemade sausage, deli meats, salads and sandwiches. There are also coffee, pasta, spices and oils. The sandwiches are made fresh on the premises.

The Lake Forest store opened in 2009 because the family wanted to share their products with their neighbors. The entire Caputo family lives in Lake Forest including Natale’s parents, his sister, Caterina Rodas, and her husband, Jean Rodas. They work in the privately held family business, too.

“It’s an expression of what our family loves,” Natale Caputo said.

Cheese making began three years after Natale Caputo joined his father’s business as a full-time management employee. He started working there 16 years earlier at age 10, and he did nearly every job the company had.

“I grew up in the business,” Natale Caputo said. “I started at the cash register.”

When he was 10, Natale Caputo started going with his father to the company’s market and plant in Melrose Park from their home in Highwood. While he was going to St. James Elementary School and Highland Park High School, he was also getting a hands-on business education. Before he could make it a career, his father had another requirement: a college education. Natale Caputo graduated from Loyola University in Chicago in 2003.

“He said if you want this business you can have it but you have to go to college first,” Natale Caputo said. “He wanted me to make sure this is what I wanted to do.” 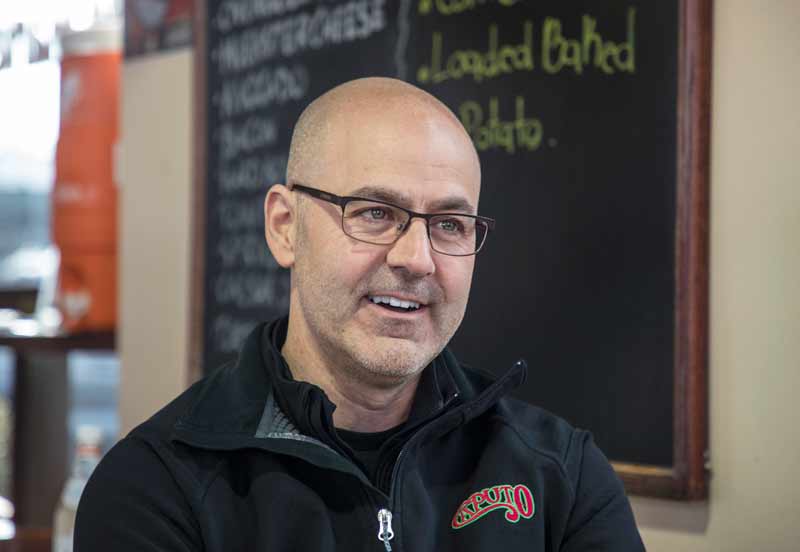 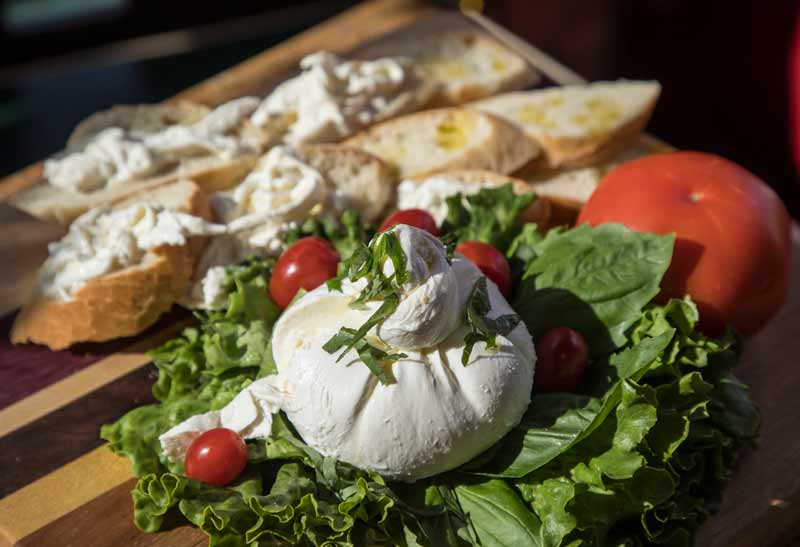 Sandwich prep for the award-winning Burrata at Caputo Chesse Market in Lake Forest. 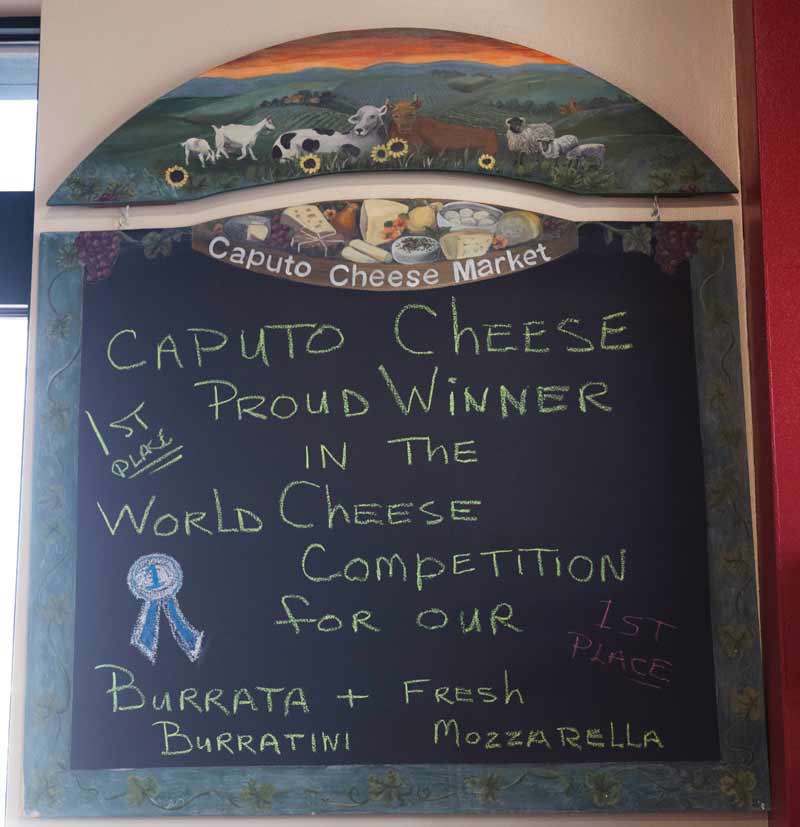 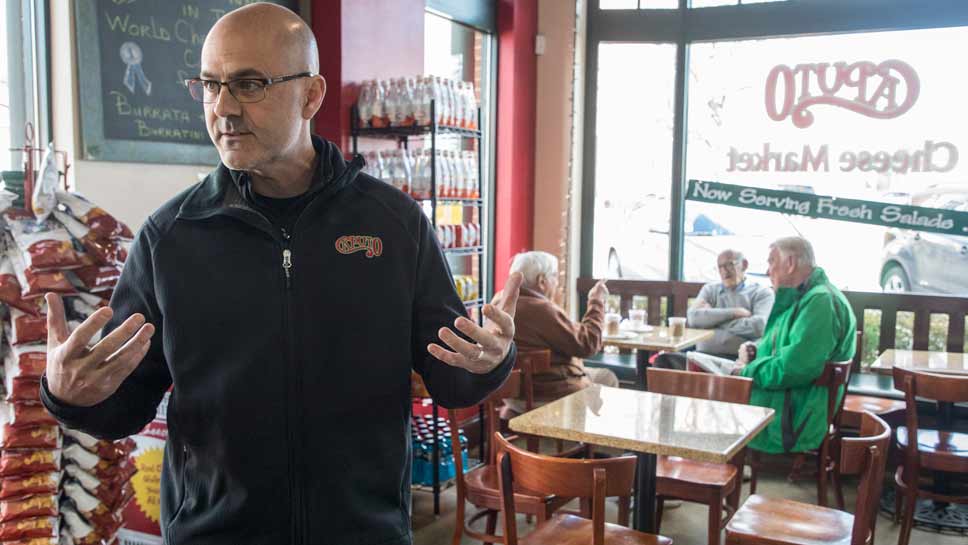 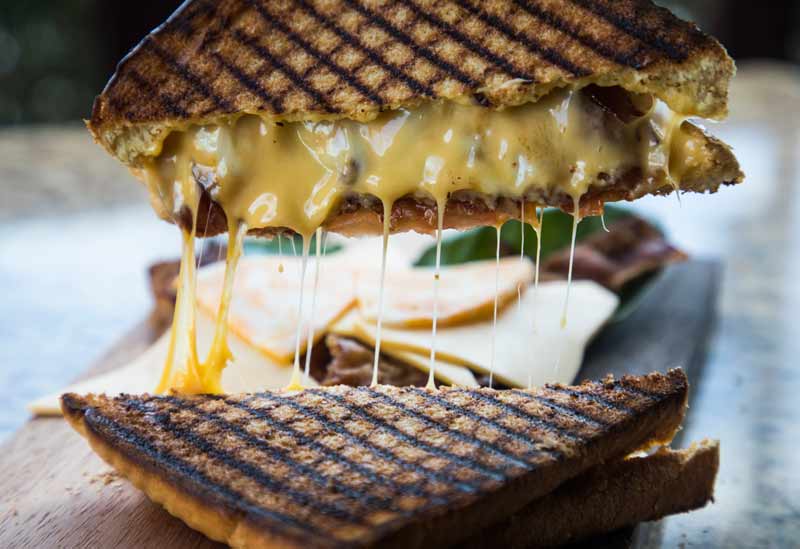 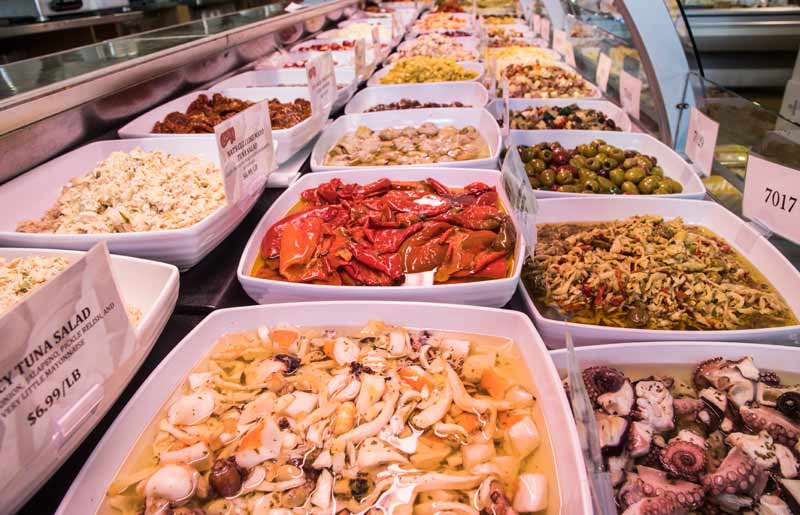 The many choices of homemade salads at Caputo Chesse Market in Lake Forest. PHOTOGRAPHY BY JOEL LERNER/JWC MEDIA 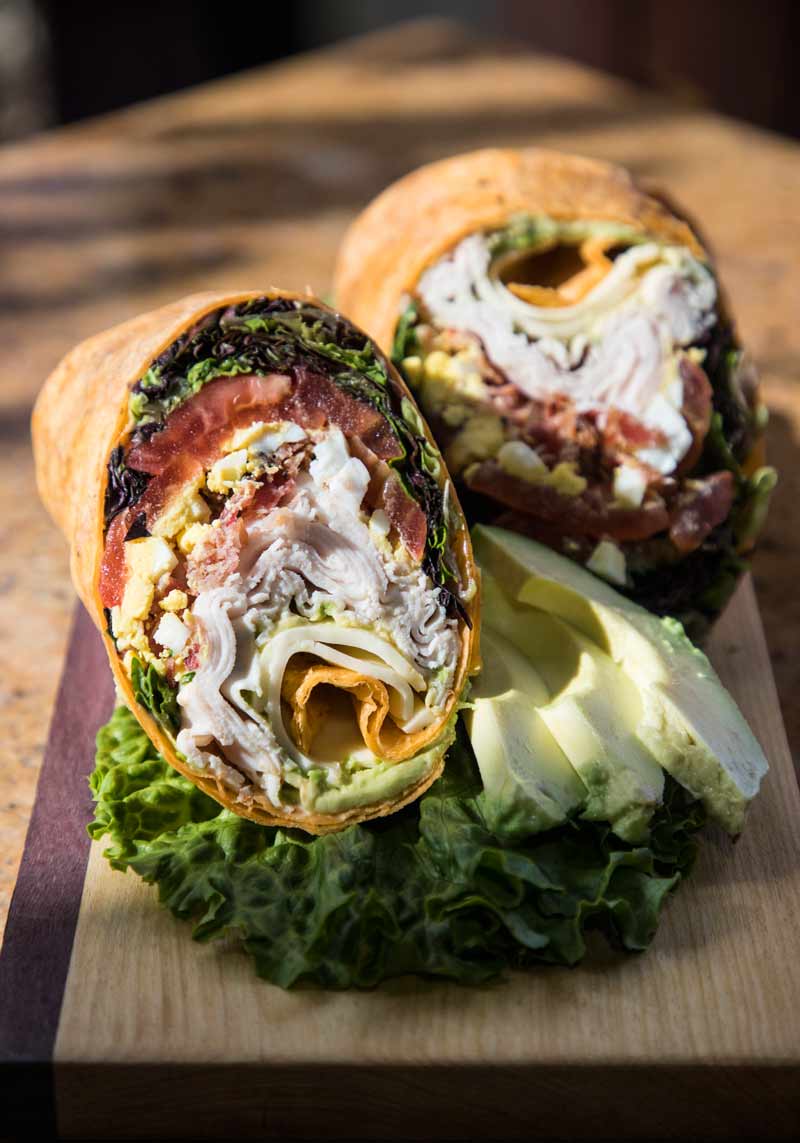