HIGHLAND PARK – Though historic Highland Park icons Elm Place and Lincoln Schools will be closing on June 8, students, teachers and alumni will have the opportunity to relive their favorite memories once more during two unique legacy events.

The North Shore School District 112 Board of Education in October 2017 voted to close both schools.

DailyNorthShore spoke to representatives from both schools to learn more about their legacies.

“Elm Place’s greatest legacy is the people, the relationships and the wonderful experiences they’ve had because of the staff. That’s what I keep hearing over and over again,” said Principal Heather Schumacher.

The Elm Place event will begin with an opening ceremony in the auditorium, including a panel of former administrators, students and staff who want to see the legacy of Elm Place live on forever.

Later, student musicians will perform on stage. There also will be a guided tour of Elm Place, which opened in 1893.

Schumacher said teachers will create a movable canvas of an elm tree, with the base of the tree highlighting some of the history from the years that Elm Place has been in existence. People who attend the event may put their fingerprint and name on the elm tree, which will be showcased at Edgewood next year as part of the celebration of Elm Place culture.

To have a better understanding of the history of Elm Place, the school will open one of the old classrooms upstairs that housed a fireplace where teachers once served hot chocolate while students participated in literary readings. Schumacher said the school will re-enact those moments with hot chocolate and literary magazines and newspapers.

In addition, Elm Place will show old plays, along with recent films that students put on for the Film Fest.

“There will artifacts presented by the alumni and a member of the Highland Park Historical Society to get a feel for Elm Place then and now,” said Schumacher.

Other Elm Place activities include  a story time capsule with a video where people can share their favorite school memories, and a selfie-station in front of the Elm Place banner. The evening will end with a final dodgeball or basketball game in the gym.

This story does have a happy ending, as next fall Schumacher will make the transition with her students in her new role as co-principal of Edgewood Middle School with her new co-principal, Samuel Kurtz.

“We laugh about it, because I tell the students that we’ll all be lost in the halls together and we’ll figure it out together,” said Schumacher.

Lincoln School opened in 1886 on Lincoln Avenue West, but that’s not deterring President Abraham Lincoln from making an appearance at the Lincoln School Legacy Event, where families will have an opportunity to take their picture with him.

“It will be a traditional open house where we’ll have old photos and memorabilia to spur some memories as you walk through the building,” said John Sprangers, interim personnel manager who fills in for Principal Jeanne Banas on her days off.

Sprangers said he and Banas came out of retirement to help Lincoln School while it was in transition.

One of the highlights of the open house is a video that students have been working on as interviewers with alumni, current teachers, students and past parent alumni. Sprangers said D-112 videographer Steven Clay will put the video together, which will have its premiere in the gym on the day of the event and will have various showtimes throughout the open house.

What is Lincoln School’s greatest legacy?

“As people were being interviewed in the video, I noticed there was a strong sense of family, and the school became one with the community,” said Sprangers. “It felt like a holistic environment for learning and communication with a collegial feel between parents, staff and students.”

Sprangers said there is a lot of intriguing artwork throughout Lincoln School. Some areas of note for art connoisseurs include the library and multi-purpose room.

Another point of interest is the gym, which has a stage that was often used for plays.

“It’s  really a classic vintage gym atmosphere,” said Sprangers. “A lot of memories come from the gym, and that’s where Lincoln held Pancake Days. It’s one of the rituals that make Lincoln School so special.”

Students from Lincoln School will attend Indian Trail in the fall, unless they have permissive transfers. 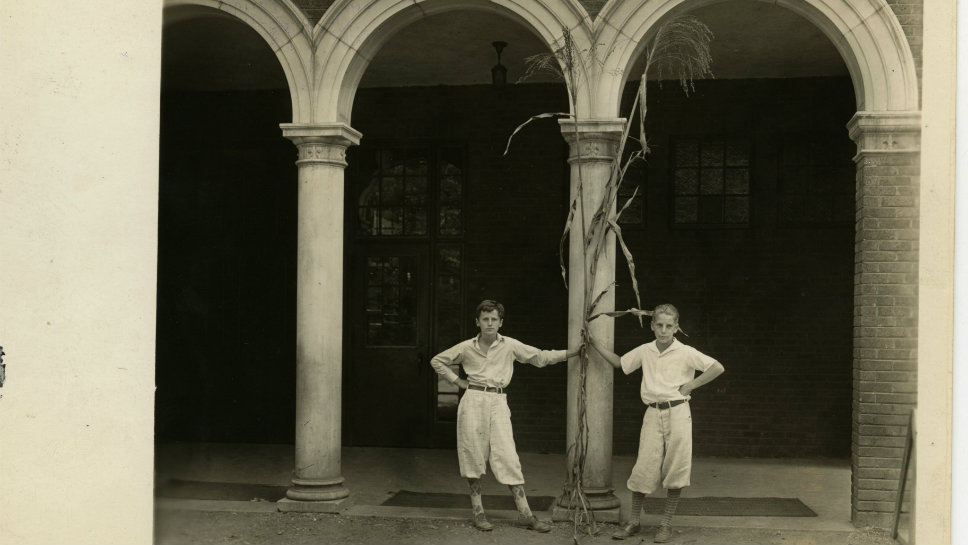 Then and Now Photos provided by Elm Place School. This photo was taken by the front pillars. 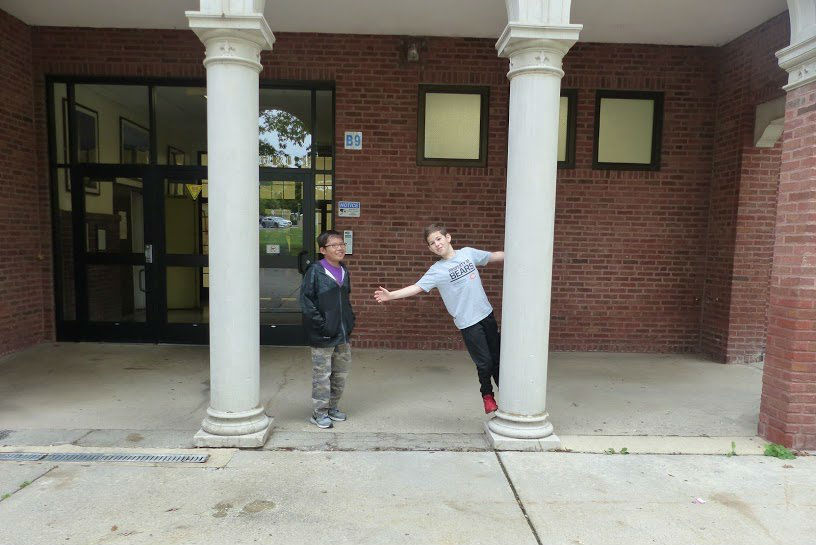 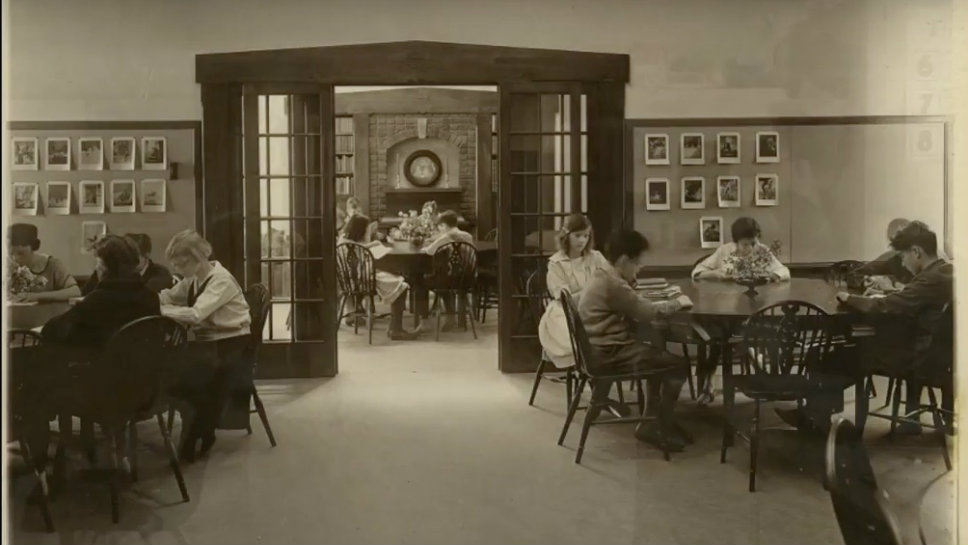 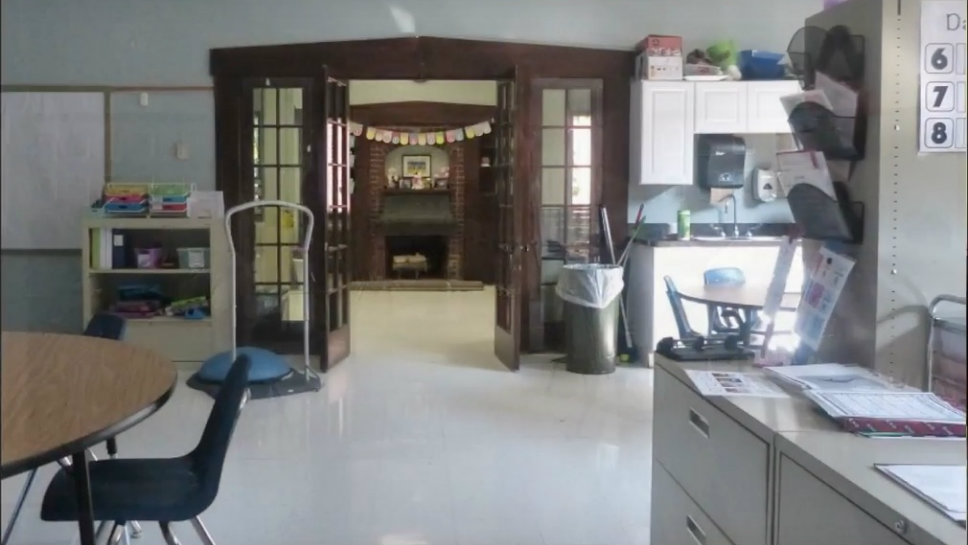 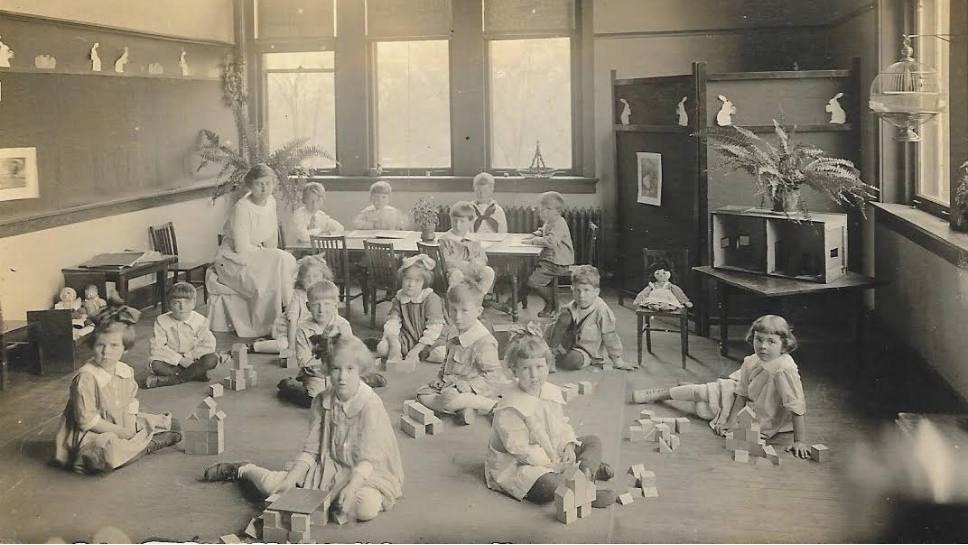 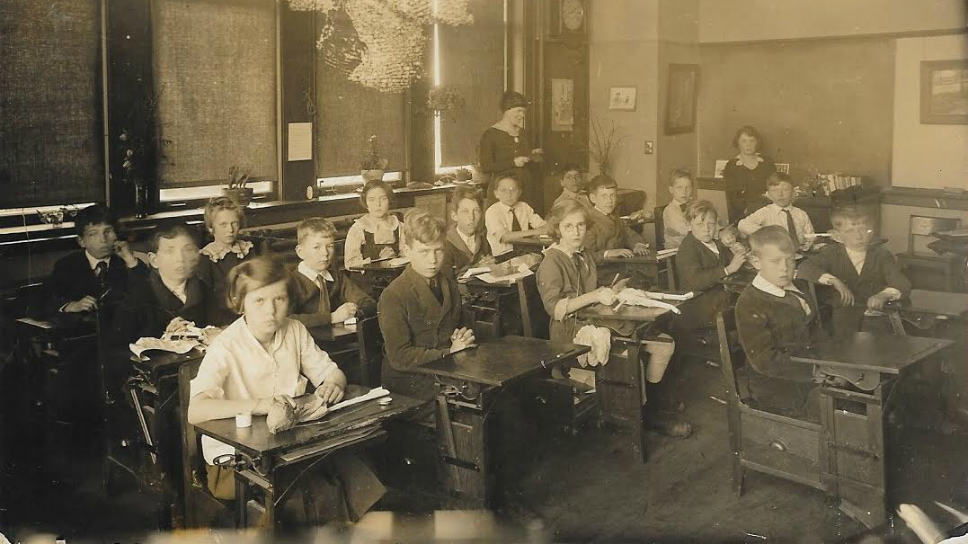 Another look at Lincoln students of yesteryear. 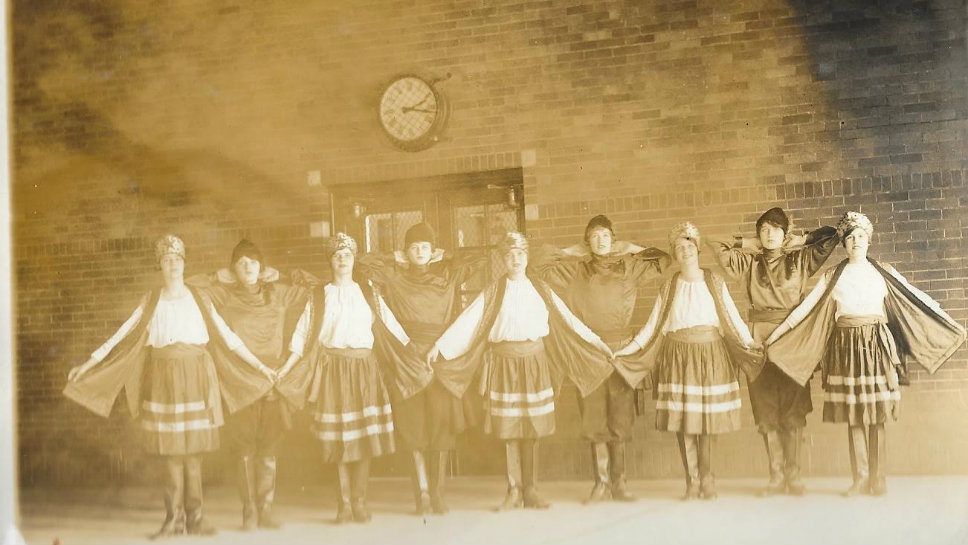 An historic Lincoln School play held in the gym.