Using a technicolor set, punk-inspired costumes and a cast of talented students, The Glenbrooks brought Disney’s underwater fairytale The Little Mermaid to life in a series of four performances April 26-29 at Glenbrook North High School’s Sheeley Center for the Arts.

A stage remake of Disney’s 1989 animated movie of the same name, The Little Mermaid is adapted from Hans Christian Anderson’s 1837 story about a young mermaid who is willing to give up her life in the sea to gain a human soul.

The Little Mermaid debuted on Broadway in 2007, running almost two years before closing in 2009. With music by eight-time Academy Award winner Alan Menken and lyrics by Howard Ashman and Glenn Slater, The Little Mermaid’s iconic songs, including “Under the Sea,” “Kiss the Girl,” and the power ballad, “Part of Your World,” are now considered timeless Disney classics.

The show’s elaborate stage and technical complexity makes The Little Mermaid one of the The Glenbrooks’ most ambitious productions to date. A substantial portion of the play takes place underwater; coral reefs, moving ships and swimming mermaids all feature heavily in the musical’s storyline. The Glenbrooks’ crew used flying equipment to simulate deep-sea swimming.

“Tech was by far the biggest challenge of the show,” said Director Mark Maranto, who also teaches in the fine arts department at Glenbrook South. “You can do anything you want with animation, but when you have to stage those movements, it becomes difficult.” 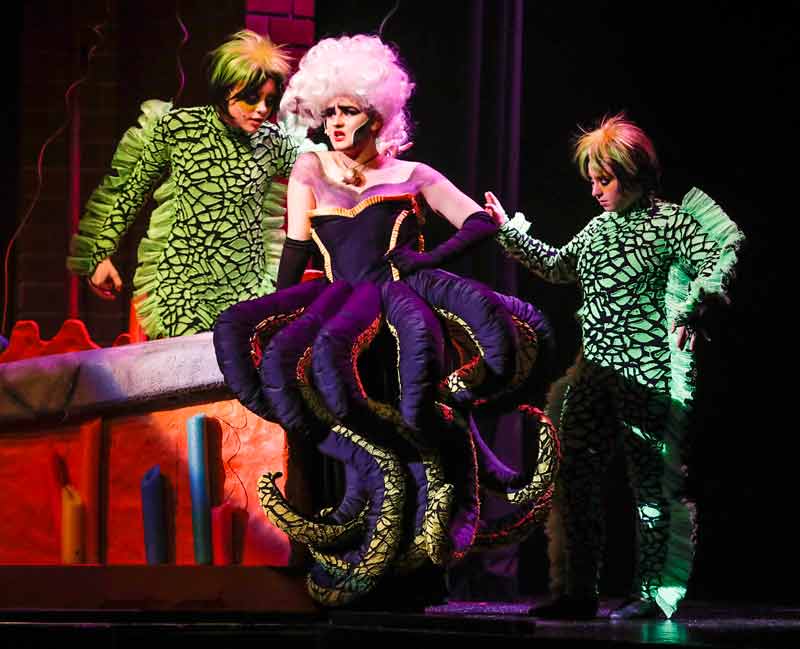 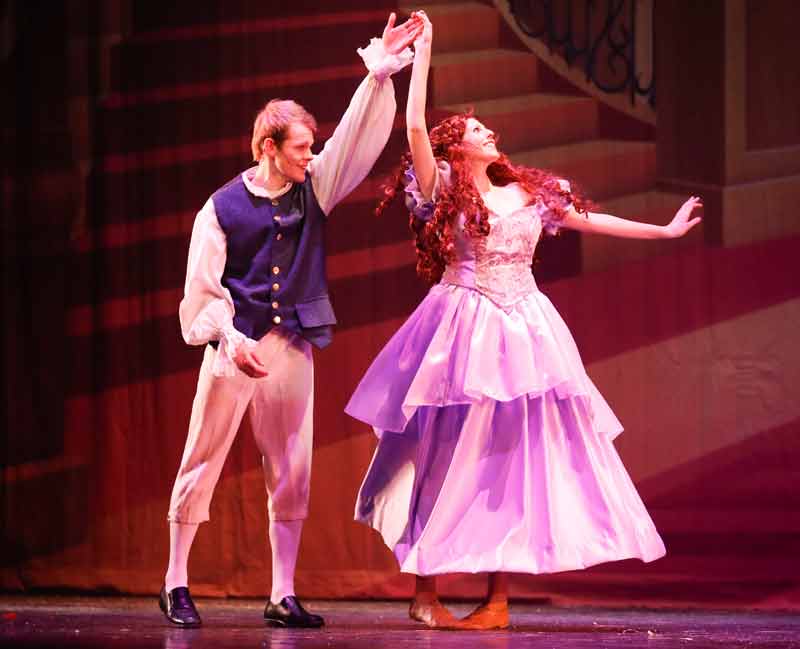 Maranto and his co-director, Julie Ann Robinson, spent hours poring over footage of regional productions of The Little Mermaid on the internet, gleaning as much information as they could for the Glenbrook North staging.

At a dress rehearsal on April 26, a cast featuring Glenbrook South senior Ashley Levenson as Ariel, the inquisitive little mermaid who longs to be “up where the people are,” and Glenbrook North junior Ilana Silver as Ursula, an evil sea witch who tricks Ariel into trading her voice for a pair of human legs.

Wearing a stark white bouffant wig and a vampy black dress embellished with serpent heads, Silver – as Ursula – looked every bit the villain as she belted out “Poor Unfortunate Souls” in the finale of the play’s first act.

The play’s elaborate cast of sea creatures, including crabs, lobsters and turtles, wore costumes supplied by Broadway Costumes, a theatrical rental company in Chicago. A large ensemble of dancers dressed in iridescent cat suits and choppy blue and white wigs created the illusion of water.

Both the character of Ariel and Ursula, as well as Ariel’s loyal sidekicks Flounder and Scuttle, were double cast to allow maximum student participation in the Glenbrooks’ production. 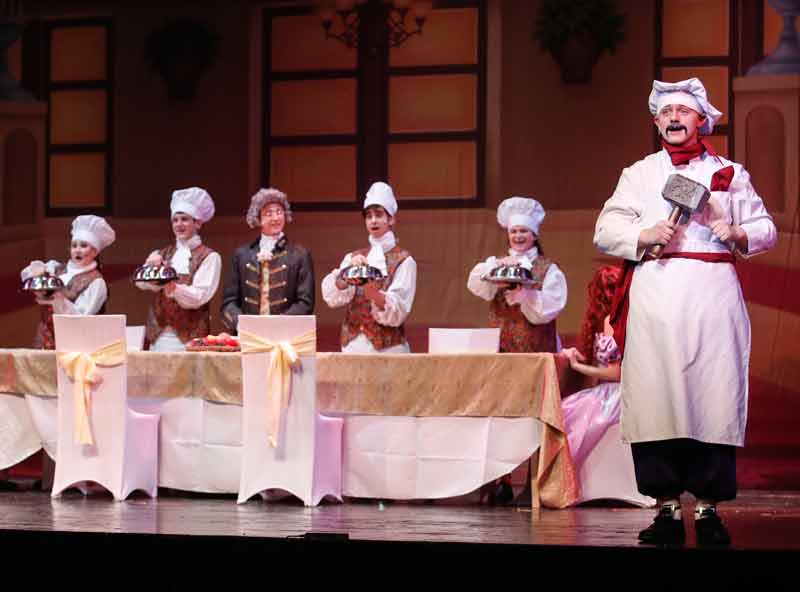 Jack Taylor plays Chef Louis during a rehearsal of the Glenbrooks’ performance of The Little Mermaid. PHOTOGRAPHY BY JOEL LERNER/JWC MEDIA 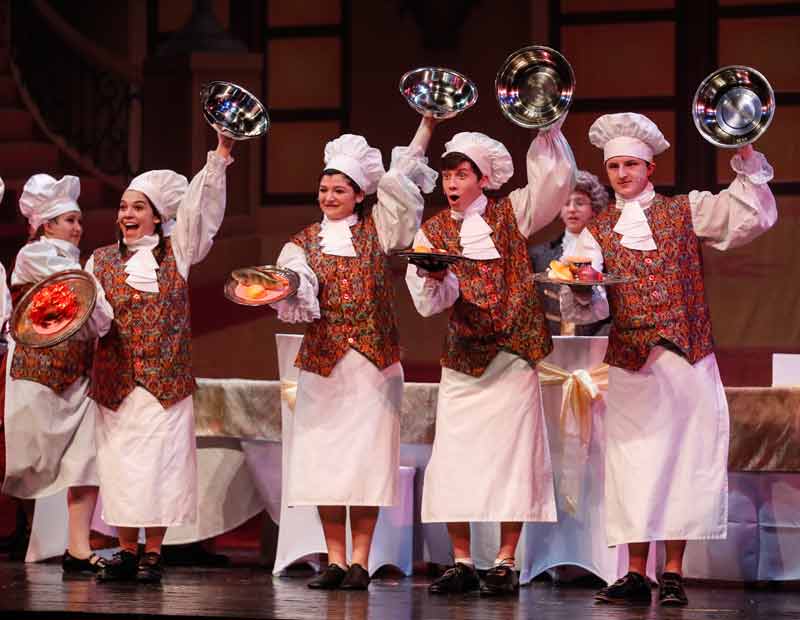 2018 marks the 49th anniversary of The Glenbrooks’ combined spring musical, where performers from both Glenbrook North and Glenbrook South high schools share one stage, trading locations each year.

“Our strength is we incorporate as many students as possible in our cast,” said Maranto. “While other high schools in the area have staged The Little Mermaid with 40 cast members, we have 83 students in our cast.”

Taylor was born in 2001, a full 12 years after the release of the Disney animated film that inspired The Little Mermaid musical. Curious, Taylor watched the 1989 animated movie for tips on how to best to embody his eccentric character.

“It definitely helped me get my French accent right,” said Taylor.

But it was in the play’s final musical number, when the show’s full cast of kings, mermen, mermaids, sea creatures and sailors are assembled on stage, that all the color and Disney magic of The Little Mermaid can be fully appreciated. The sheer scale and complexity of The Glenbrooks’ production are a testament to the talent of the schools’ staff and students. 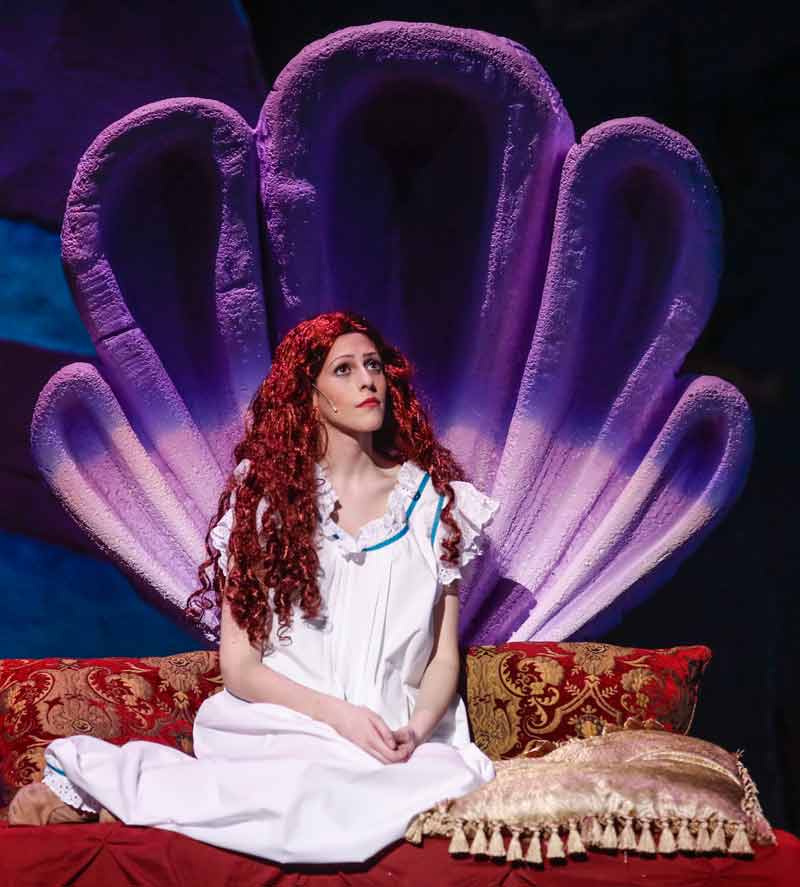 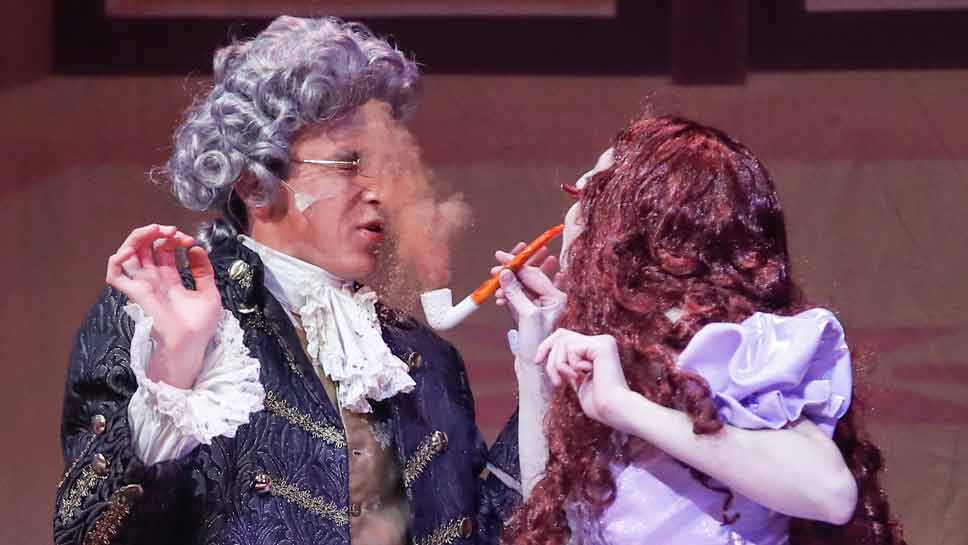 Grimsby, played by Joe Gertner, gets a pipe blown into his face by Ariel, played by Ashley Levenson. 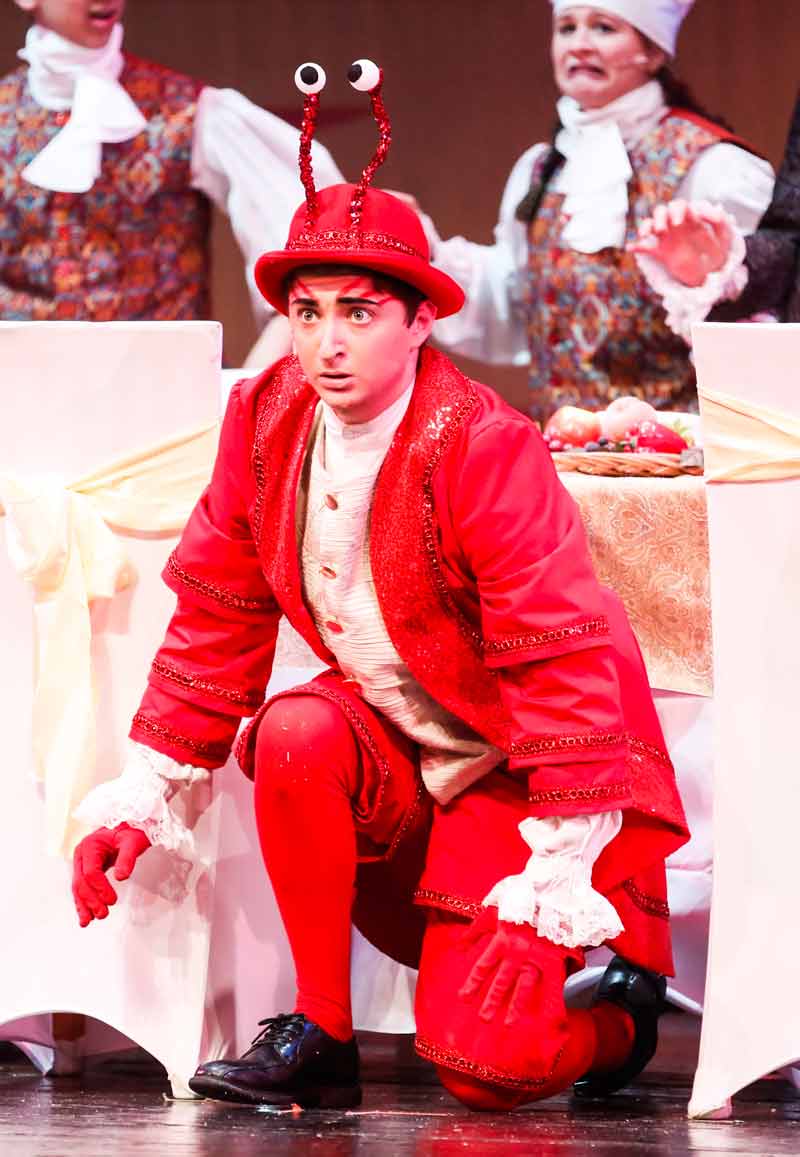