LAKE FOREST — No one was injured in an accident that involved an SUV, a car, a school bus and a stockade fence on Thursday, April 26 on the west side of Lake Forest.

The accident occurred at about 4:45 p.m. at Waukegan Road and Conway Road. A driver in a black Land Rover was at the stop sign at Conway attempting to turn left to head north on Waukegan Road, according to Lake Forest Deputy Police Chief Rob Copeland. The Land Rover driver attempted to turn left, got struck by a yellow school bus that was heading northbound on Waukegan, causing the Land Rover to side-swipe a white BMW. Copeland said the Land Rover driver hit the gas instead of the brake, sending her off the road and into a fence.

The school bus was empty except for the driver. 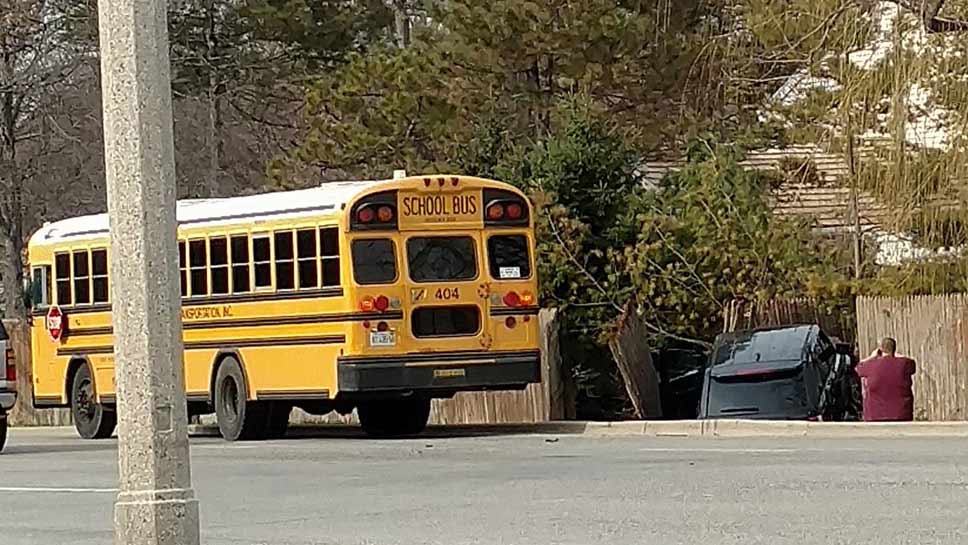