LAKE BLUFF — After more than a year of debate, studies and hearings that divided the community, Lake Bluff residents who want to rent their residences on a short-term basis may do so. 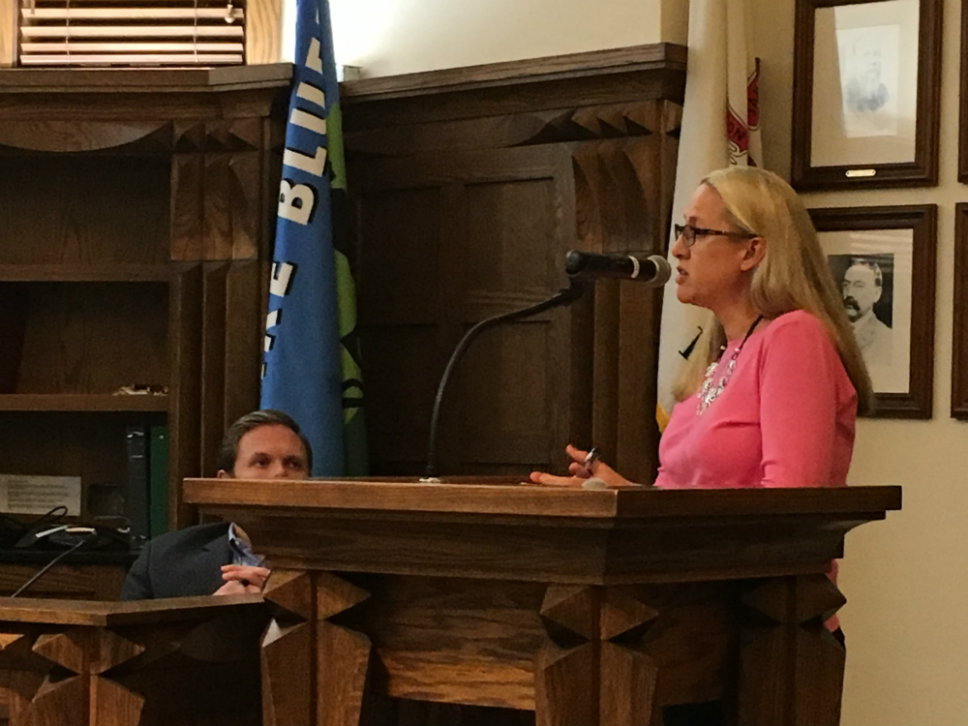 Julie Astbury Capps, an opponent of short-term rentals in Lake Bluff, asked officials about a possible referendum when she spoke to the board.

The ordinance became effective April 24 and expires April 23, 2020, unless the trustees choose to extend it or make it permanent, according to the language of the legislation.

Before the board voted on the ordinance, Lemieux suggested homes with driveways separated by five feet or less not be allowed to rent on a short-term basis. He said the initial draft of the legislation only imposed the restriction if it impacted parking.

“This takes the village out of determining if there is an impact on parking,” said Lemieux.

The board included the five-foot driveway separation restriction.

Lemieux also proposed limiting the number of short-term rental permits allowed during the pilot program to 10. After some discussion, Meyer’s suggestion of six was approved. The board has the right to increase the number during the two-year period.

Trustees Give Little Explanation for Their Votes

Though the trustees explained the reasoning behind their votes prior to their initial decision on short-term rentals at the April 9 meeting, only Meyer gave his view this time.

“This is not in the best interest of Lake Bluff to have short-term rentals,” said Meyer. “This is a mistake.”

Before the trustees discussed the ordinance, 20 members of the public gave their views, with two favoring the concept and 18 speaking against. Some, like Debbie Wilbur, feared allowing people to rent their homes to outsiders will alter the community’s character.

“We will survive without them,” said Wilbur. “We don’t need them. Once the door is open with the restrictions in place others will say ‘Why not?’ and Lake Bluff is changed forever.”

Bob Havrin, who rented the second level of his duplex as a short-term rental before the village stopped the practice last May, said the problems opponents of the plan fear are nonexistent.

“We had short-term rentals for two years and there was never a problem,” said Havrin. “If there were no problems two years ago without regulation why would there be any now? It worked.”

Linda Neumann, an opponent of short-term rentals, pushed the board to postpone their vote and schedule a referendum before making a decision.

Another opponent who has helped organize the opposition, Julie Astbury Capps, also pushed for a referendum. She questioned the trustees about the concept and got answers from village attorney Peter Friedman.

Friedman said any referendum, whether put on the ballot by the board or through a citizen led petition drive, would be advisory, not binding, under state law. If there were a petition drive, he said they would be handed in to the village, sent to the office of the Lake County Clerk and placed on the ballot.

Lake County Clerk Carla Wyckoff said in an April 10 interview with DailyNorthShore.com petitions for a referendum must be filed with the appropriate office by August 6 to be placed on the November 6 ballot. She estimated 208 signatures would be required. Capps said after the meeting she did not know whether she would try to organize a petition drive.

Under the provisions of the new ordinance, the owner of a home with five or fewer guest rooms may rent it out for a maximum of two days but less than 30. Some of the restrictions include:

Click here to read a previous DNS story containing full details of the ordinance before the April 23 modifications.