On April 5 at 9:30 a.m. sharp, 400 Maple School students and staff gathered outside to pose in an “M” formation for a dramatic aerial photo wearing bright orange hard hats they tossed jubilantly in the air.

A few feet away, on a large patch of land once used as the school’s athletic fields, seven CAT diggers sat poised next to a heap of fresh earth, ready to resume their work.

It was an historic, long awaited moment for the Northbrook/Glenview District 30 community.

After more than two years of discussion, preparation and planning, Maple School stakeholders joined together to commemorate the district’s official groundbreaking on a new, $40.6 million, innovative, energy-efficient “school for the future,” slated for completion in August 2019.

“As we look at the mound of dirt outside, we obviously got a jump start,” said D-30 Superintendent Dr. Brian Wegley, addressing a large crowd assembled for the ceremony inside the school’s balloon-filled gymnasium. “We have already begun the realization of this amazing new school. 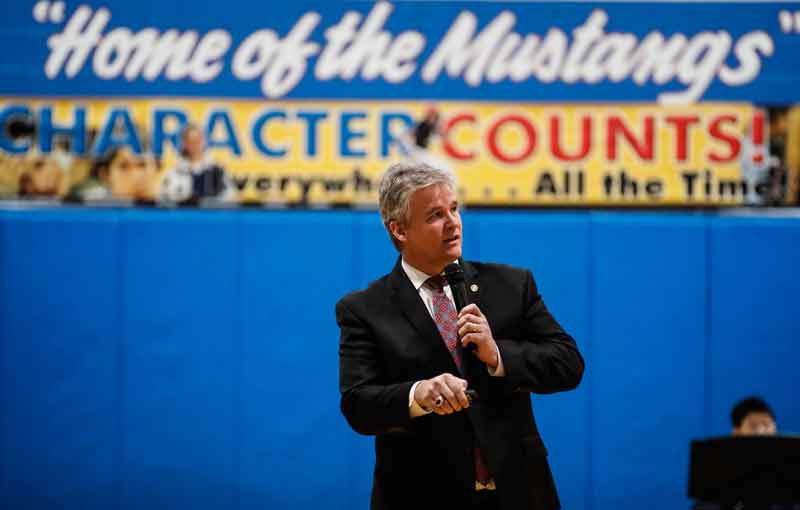 The groundbreaking ceremony took place almost one year to the date from D-30’s April 4, 2017 vote in favor of a bond facility referendum to fund the new, ARCON Associates–designed Maple School. Contracts for the project were approved by D-30’s Board of Education in early February 2018, and crews from Nicholas & Associates Construction began readying the site in March.

“After nearly 76 percent of our community supported the generation of a new Maple School, design efforts kicked into high gear, incorporating the voices of students, staff, parents and community members, as well as engineers, police and the fire department of Northbrook,” said Wegley in a post-ceremony interview. “This school is truly a community creation.”

The school’s hallways and stairways – traditionally just functional passageways – will include collaborative gathering and presentation spaces.

New classrooms will feature furniture that can be quickly configured to support different learning styles, including not only direct instruction, but also group and individual work. Maple School must also be agile enough to adapt to fluctuating enrollment and rapid technological advances.

“We’re designing a building that will provide flexibility for the future as educational programs and strategies continue to evolve,” said Wegley.

April Voss, an 8th grade social studies teacher at Maple School, said she looked forward to the new school’s flexible classrooms and common areas, as well as the building’s energy efficient heating and cooling system.  Maple School’s current 1949 facility, to be demolished once construction is completed, is beset with problems.

“When you have temperatures that vary wildly between classrooms, it distracts from the learning experience,” said Voss. “Plus, there are days when the roof leaks and we have to put down a bucket.”

In addition, Maple School’s aging building doesn’t allow for grade levels to be housed together, a situation to be remedied in the new, three-story building.

Students will remain in Maple School’s existing building until construction on the new facility is completed. After the old building is torn down the land will be converted to playing fields. District 30’s administrative offices – previously housed in temporary trailers adjacent to the existing facility – will be transplanted to the second floor of the new school.

Many of Maple School’s 6th, 7th and 8th graders participated in D-30’s collaborative design team in the months leading up to the ground breaking, including 8th grader Sloan Greenfield. Greenfield was also one of a handful of Maple School students randomly selected to pose for photographers next to the construction site with an official hardhat and shovel.

“I’m excited to see the new spaces,” said Greenfield, who is active in Maple School’s theater productions. “Our current school doesn’t have an auditorium, so we perform our musicals in the gym. We set up a wooden stage that creaks horribly every time you walk across it.”

And while Maple School’s current 7th and 8th graders will graduate to Glenbrook North High School before construction on the new Maple School is completed in 2019, their contributions to the design process, said Wegley, will be remembered for many years to come.

“All of you have an open invitation to come back and visit,” said Wegley. 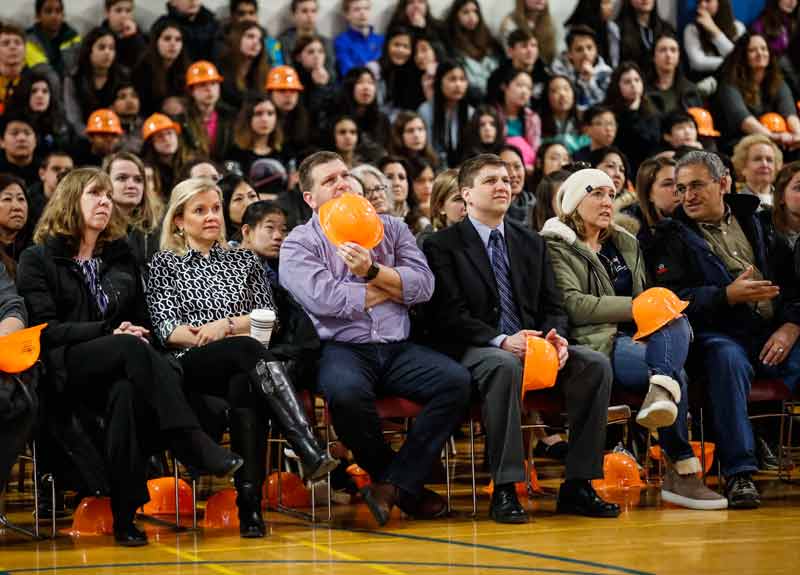 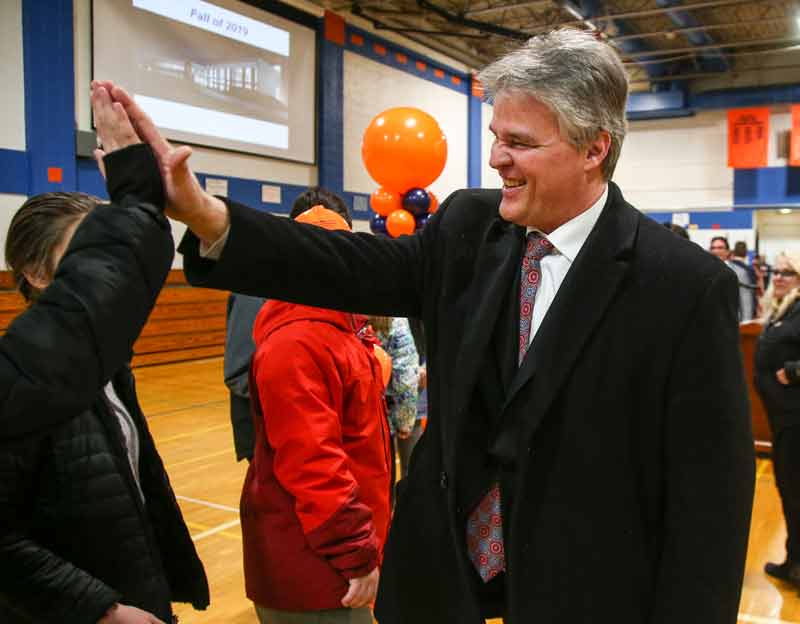 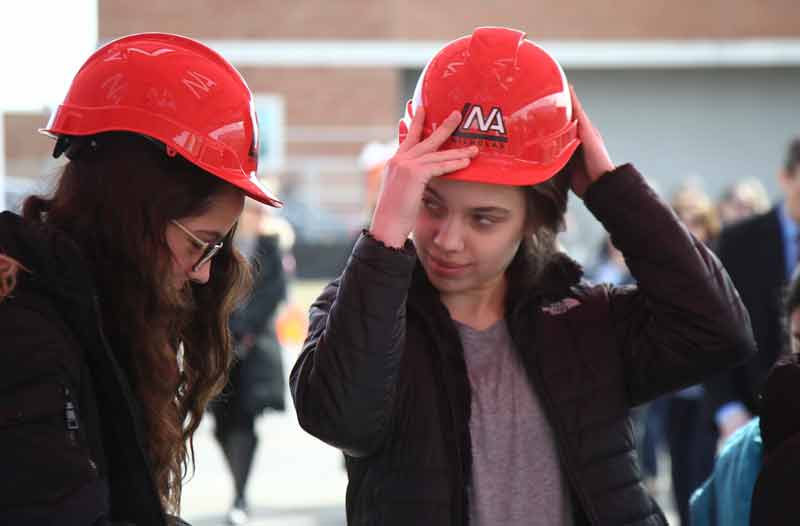 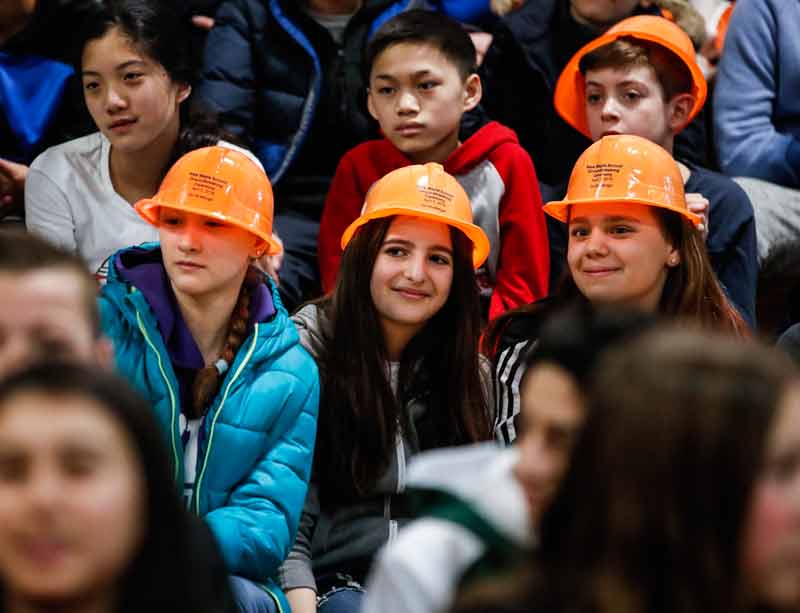 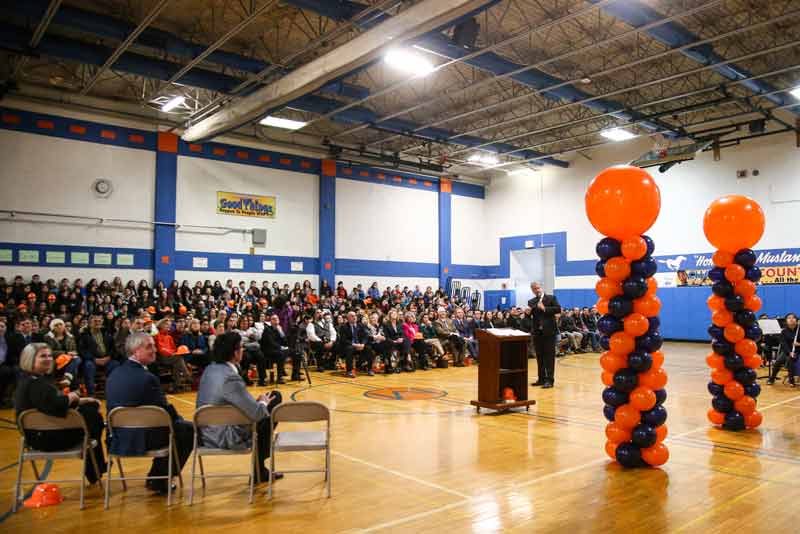 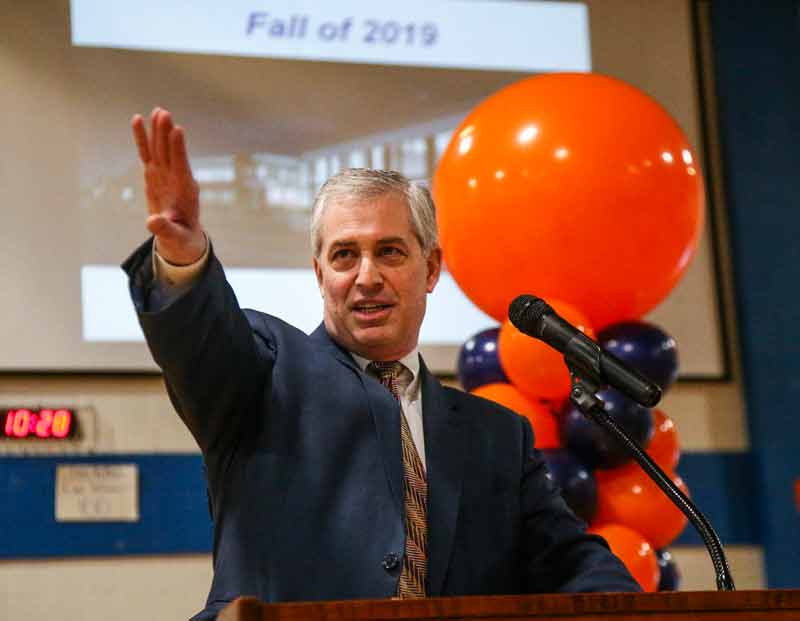