LAKE FOREST — Sports played a monumental role in the lives of Sarah Spain and Matt Grevers, the most recent Lake Forest High School graduates chosen for the school’s Alumni Wall of Fame.

Grevers, a member of the class of 2003, has six Olympic medals — four gold — to his credit as he aims for the 2020 Olympic Games in Tokyo.

A member of the class of 1998, Spain was a three-sport athlete as a Scout—track and field, basketball and field hockey — who led the Cornell University women’s track team to a pair of Ivy League titles before becoming a sportscaster and broadcasting personality.

Grevers, 33, and Spain, 37, were recognized for their Wall of Fame honor April 20 during day-long festivities throughout the East Campus, which included a welcome reception, an assembly with the senior class, visiting classes and a tour. 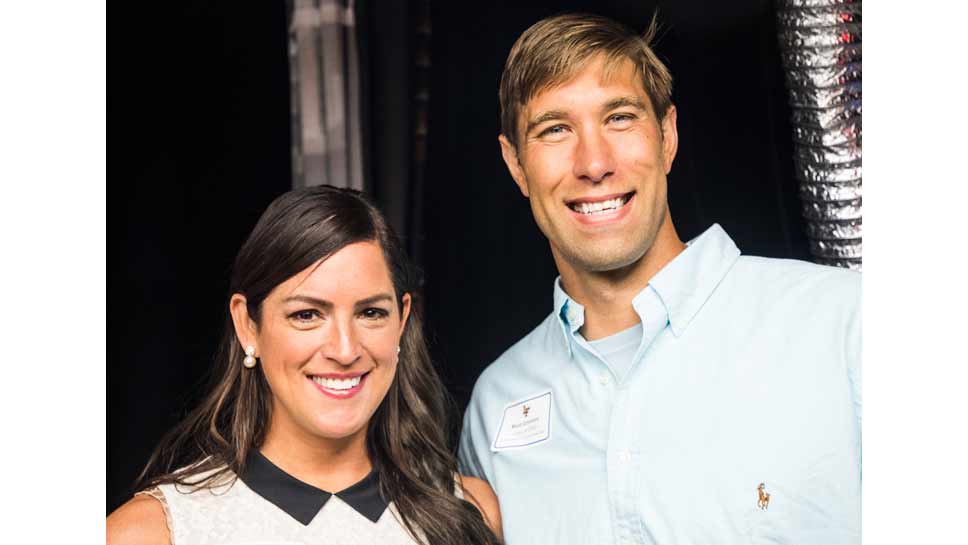 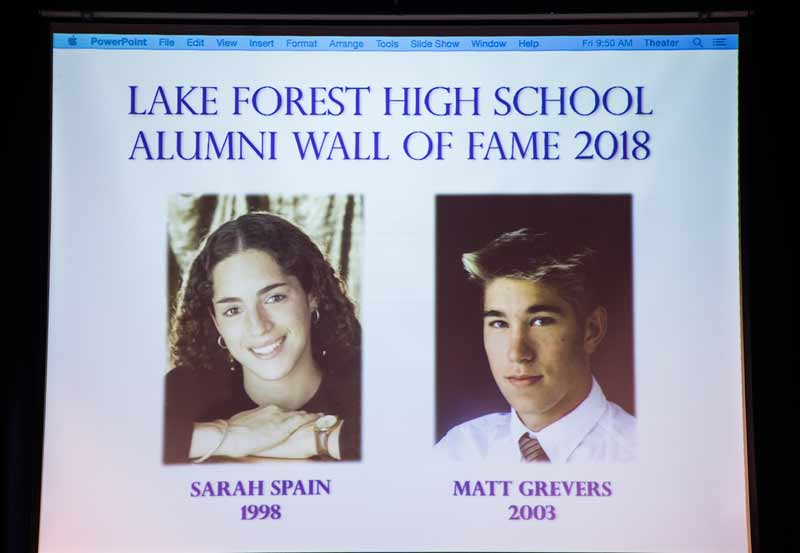 The opening slide show at the Wall of Fame ceremony included this image of both inductees as LFHS seniors. PHOTOGRAPHY BY JOEL LERNER/JWC MEDIA

One requirement for the honor is returning to the school to receive it, according to Kate Begley, co-chair of the Alumni Wall of Fame Search/Selection Committee. She said both Grevers and Spain had been approached before, but this was the first time they were available. Begley, who graduated in 1983, said the LFHS Wall of Fame committee takes nominations until October 1 of the preceding year and then begins the selection process. There were 80 this year, and all were distinguished, she said.

Spain was all over the track for the Scouts when she was in high school, competing in the long jump, high jump, triple jump, hurdles, shot put and discus. She used her versatility when she got to Cornell, competing in the heptathlon, which amalgamates six different events into one competition.

Spain said she loved theater in high school, but the athletic schedules conflicted with productions. Once she graduated from college, she decided it was time to become an actor.

Spain moved to Los Angeles, took acting lessons, and one day she was at a television boot camp. A longtime sports fan of Chicago teams, she decided to do a mock introduction of the Chicago Bears.

“They asked me if I wanted to do sports,” said Spain. “There were no women doing sports.”

Presently, Spain is one half of the “Spain and Fitz” radio show, airing weeknights on national ESPN radio. She also is a writer for espnW.com, host of ESPN’s “That’s What She Said” podcast, a regular panelist on “Around The Horn” and a “SportsCenter” reporter.

The veteran sports journalist has covered most major events, including the Super Bowl. When asked about her favorite moment as a sportscaster, Spain said she would have had a hard time picking before the autumn of 2016. But once the Cubs won the World Series, that historic event zoomed to the top of her list. 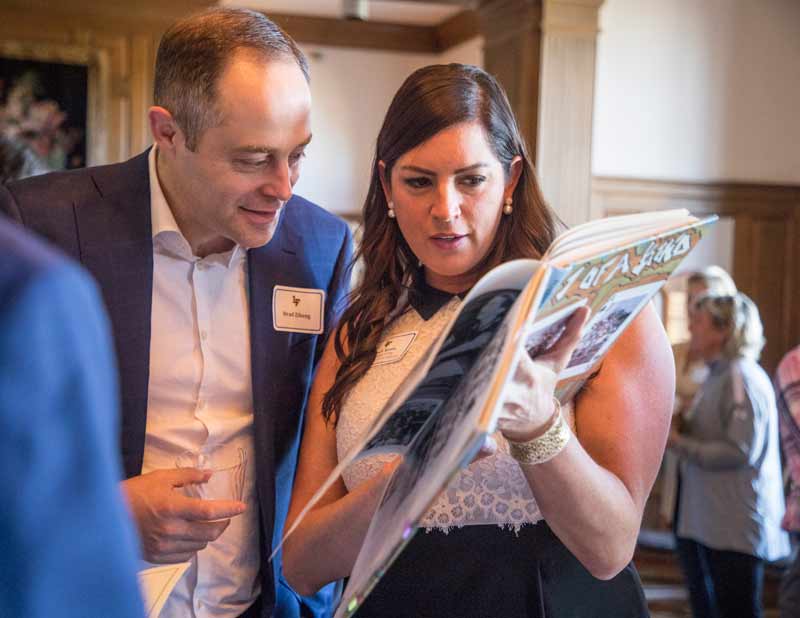 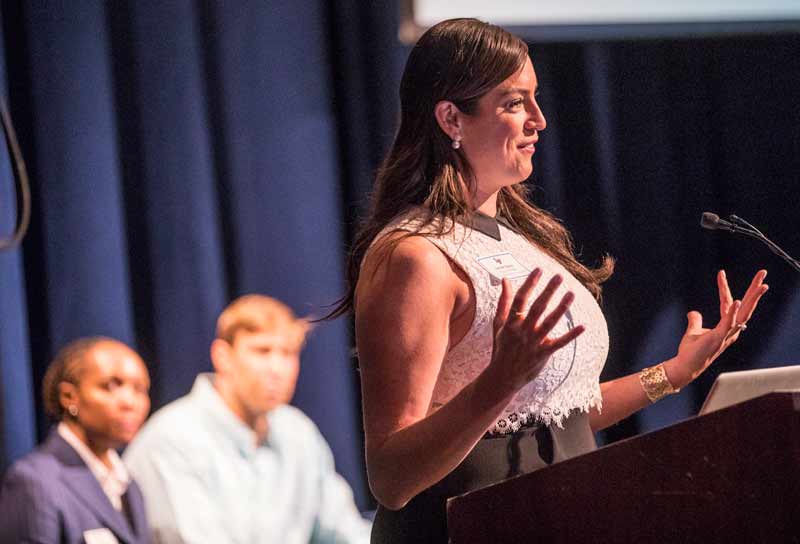 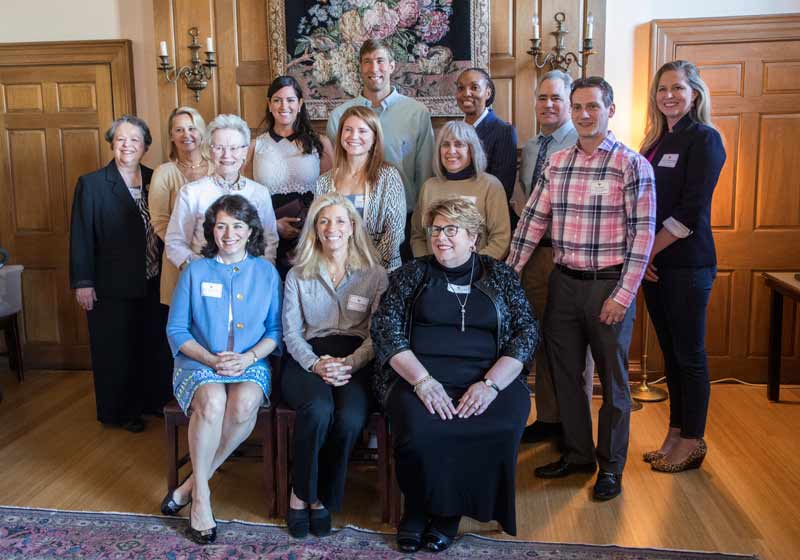 Sarah Spain and Matt Grevers with the committee and other dignitaries at the Lake Forest High School Wall of Fame induction ceremony.

“I had the best of all worlds,” said Spain. “I did the pregame and postgame shows and went into the stands to watch the game.”

When Chicago threw its parade honoring the Cubs World Series championship, Spain got to experience the jubilation like many of the players. She was on one of the two buses taking the players on the parade route as it worked its way to Grant Park on Michigan Avenue and Columbus Drive.

“You could feel the excitement with thousands of people cheering,” said Spain. “I knew they weren’t cheering for me but I got to experience it just the same.”

Spain also helped out some of the players. She said one of the two buses ran out of beer.

“Jake Arrieta handed me beers to throw to the other bus,” said Spain. “I was working, so I wasn’t drinking them.”

Coaches Recognized Grevers Talent When He Was Young

Grevers’ swimming career started young at the Lake Forest Swim Club, where he was coached by Cindy Dell. The current Lake Forest High School boys’ coach, Dell said she recognized Grevers potential the moment she saw him in the pool.

“You could just tell,” said Dell. “When someone has that kind of talent you just know it. He was setting national age group records when he was 11 and 12 years old.

Lea Maurer, who coached the Scouts from 1995 through 2005, was Grevers’ high school coach. She said he not only set records but made the rest of the team better. The team won the state championship in his senior year and finished second the season before, according to the IHSA website.

“He was a leader in the pool,” said Maurer. “Everyone else saw how hard he was working and worked harder.”

“Since I was 17 years old that has been my goal,” said Grevers. “When it happened it was a feeling like I had never had before.” 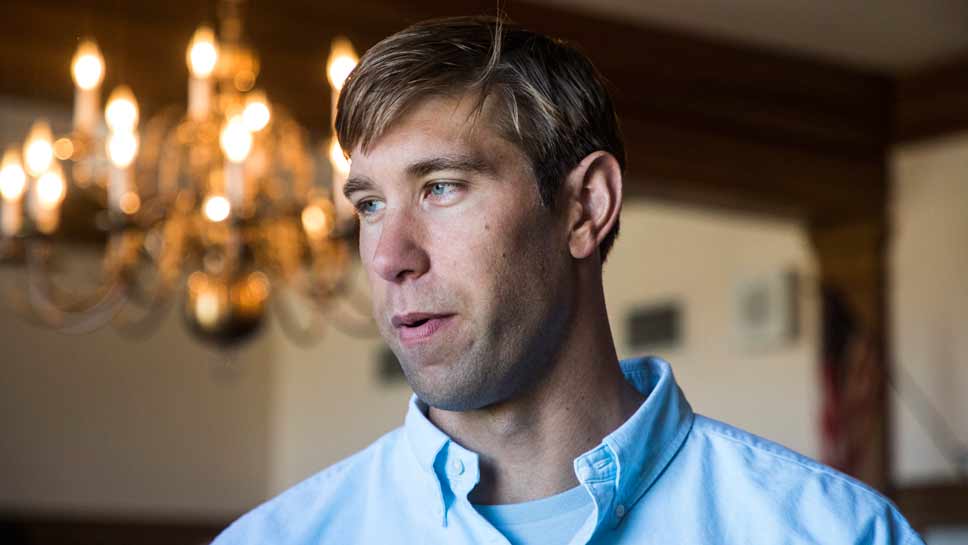 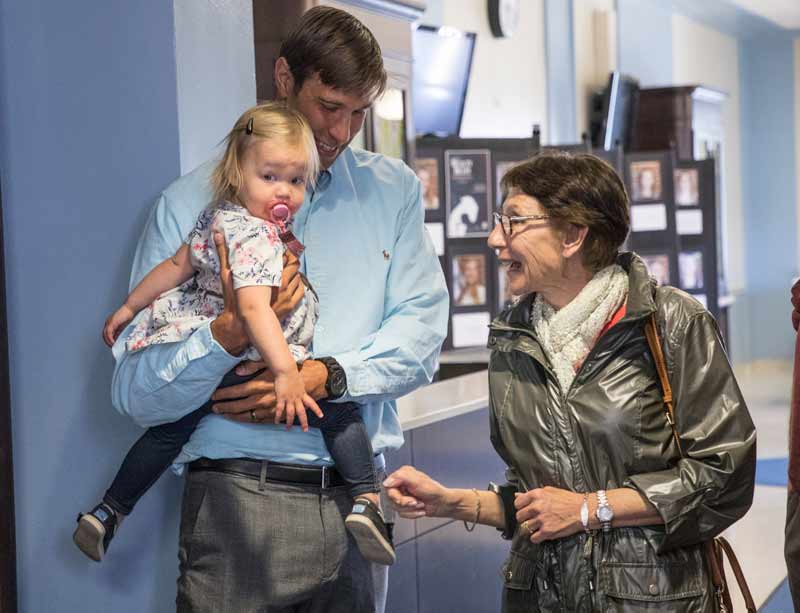 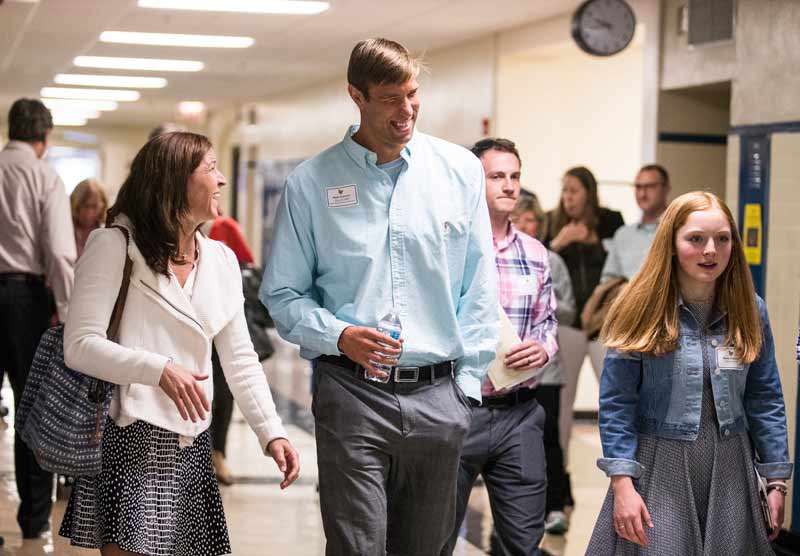 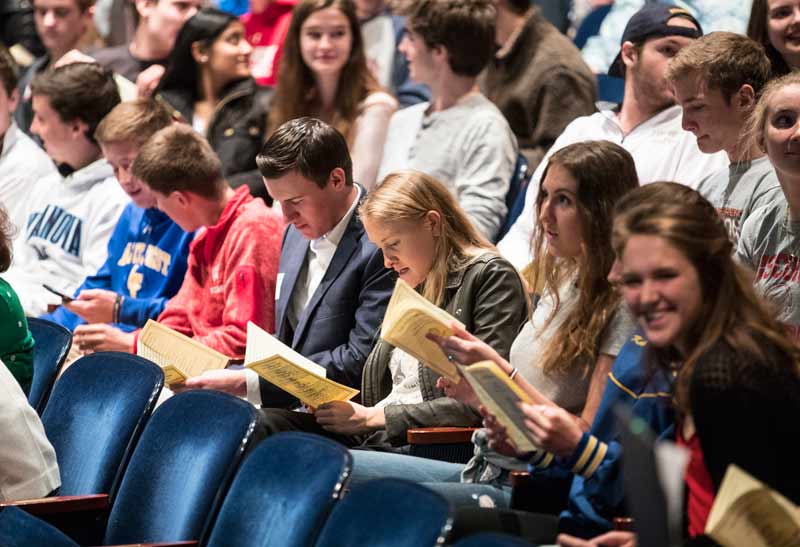 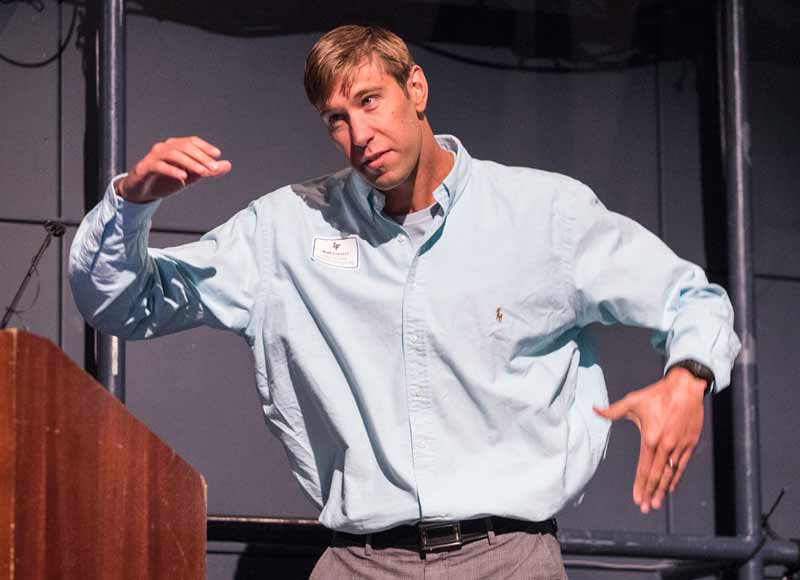 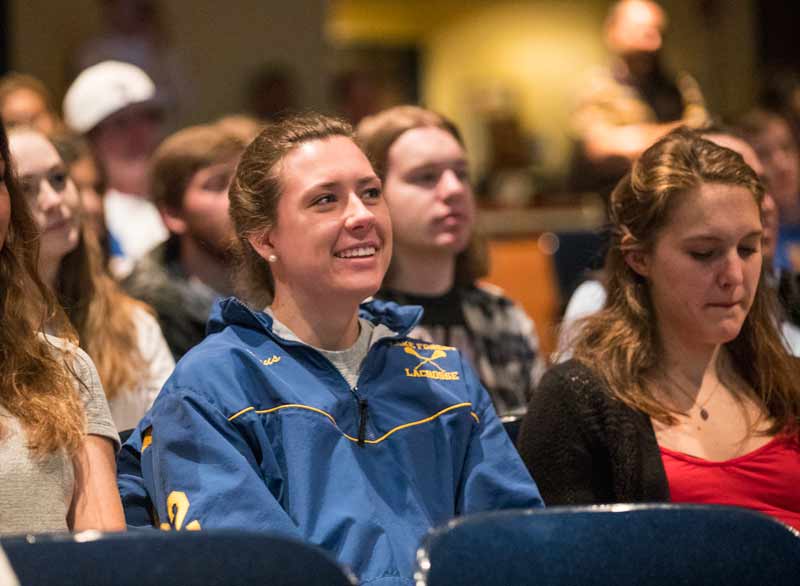 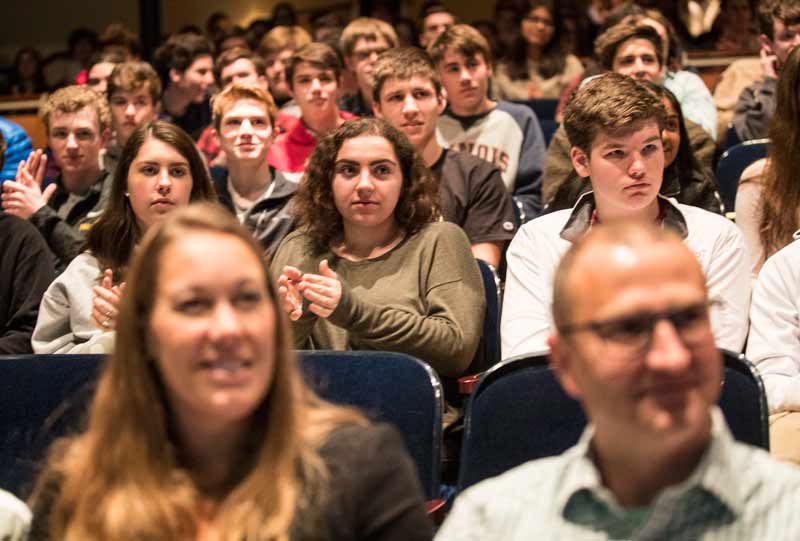