HIGHLAND PARK — One of two victims found dead in a burning home earlier this week at 2088 Kipling Lane in Highland Park was identified as Elaine Gassick, 77, of Highland Park by Lake Coroner Howard Cooper following an autopsy April 20.

The male victim remains unidentified because his body was burned beyond recognition, according to Cooper. He said in a DailyNorthShore.com interview he hopes to know who the man was sometime next week.

“It was a fire,” Cooper said. “We have no way to recognize him. We’ll try for dental recognition and if not we’ll have to use DNA.

The investigation into the cause of death and the cause of the fire is ongoing, according to an April 20 news release from the Lake County Coroner’s office. 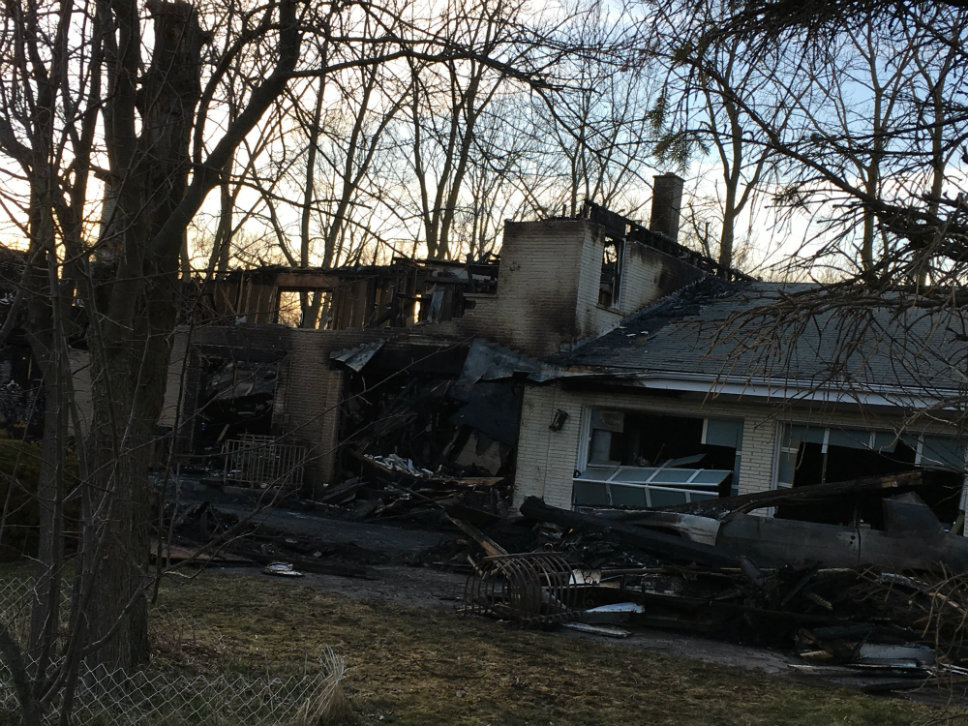 Elaine Gassick and an as yet indetified man were found dead inside this burning Highland Park house April 18.

Published Earlier on April 18 — Two people were found dead after a fire engulfed a home in Highland Park on April 18.

At 1:13 a.m. firefighters from Highland Park and 10 other departments responded to a report of a house fire at 2088 Kipling Lane, according to a news release from the City of Highland Park. Heavy smoke and flames prevented them from entering the home. They worked to extinguish the fire from outside the building, and eventually emergency responders located two bodies.

The Lake County Coroner’s Office was called and responded to the scene around 6 a.m.

Autopsies began at 9:30 a.m., according to Lake County Coroner Dr. Howard Cooper. “As soon as we have further information regarding identification, we will send another media release,” he said.

The Chicago Tribune reported that the home was owned by an elderly couple.

Highland Park fire personnel are investigating the cause of the fire.

“Through the collective efforts of Highland Park and neighboring fire departments, we were able to contain the fire,” said Fire Chief Larry Amidei. “We are appreciative of the swift response and collaboration of all agencies involved and deeply saddened by the loss of life.”

From the City of Highland Park