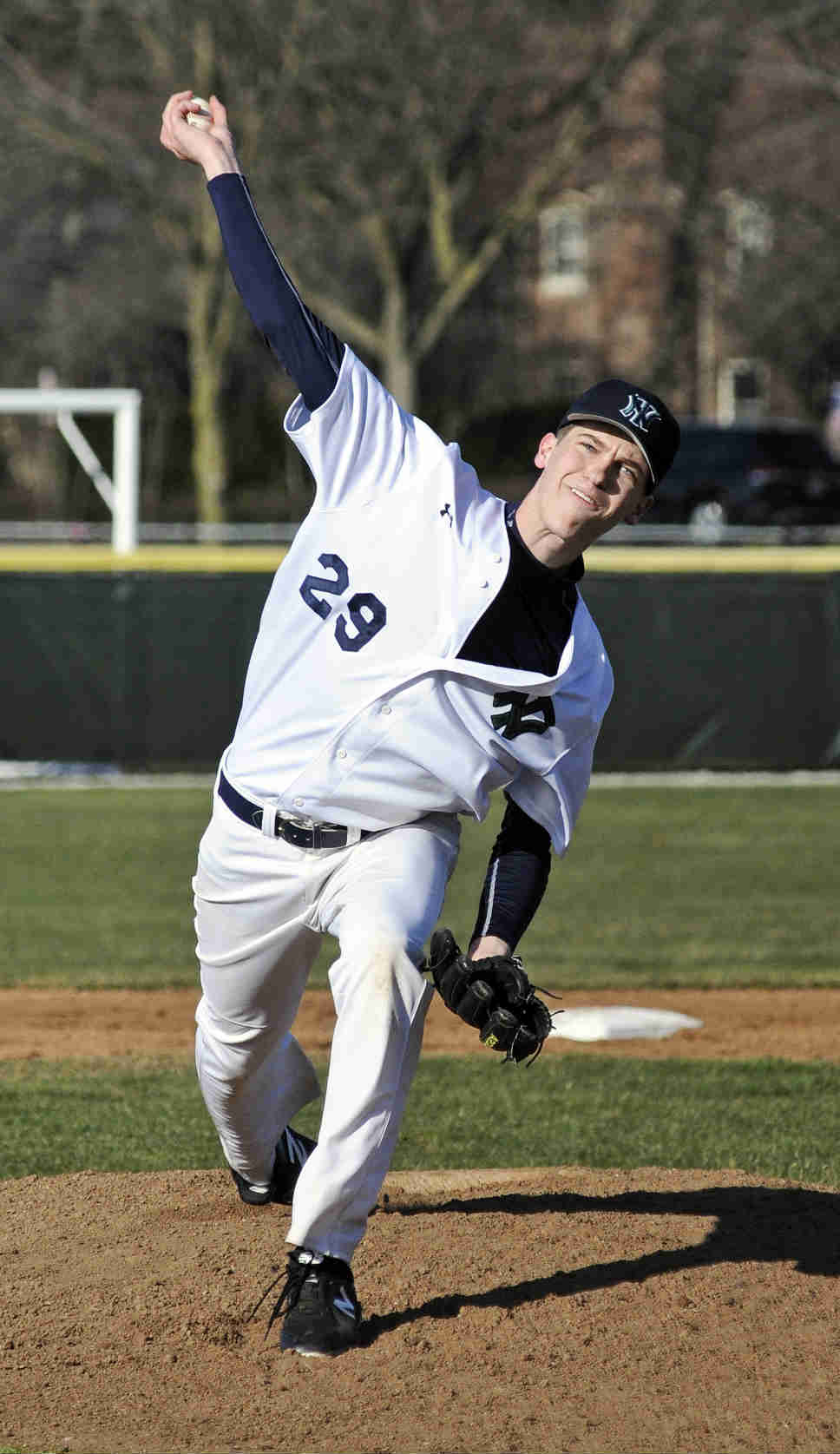 New Trier’s Pete Burnside fires to the plate in his team’s 10-0 win over Niles North. He tossed a six-inning two-hitter. PHOTOGRAPHY BY GEORGE PFOERTNER

New Trier’s baseball team had it all going in its 10-0 victory over visiting Niles North on April 19.

With the win, the Trevians improved to 9-1 overall.

Pete Burnside, a junior right-hander, went the distance (6 innings) on a two-hitter. Over 89 pitches, he struck out two and issued three free passes.

“His velo [velocity] wasn’t up, but he did a good job of spotting his pitches,” said NT senior catcher Cam Redding. “He might not have had his best stuff today, but he battled.”

Burnside got plenty of offensive support.

Senior Anthony Calarco and Griffin Ryan also had big at-bats. Calarco (2-for-3) doubled home Caponi in the first inning. He also smacked a double off the right-field fence in the third inning.

Ryan (2-for-4) came up with an opposite-field double in the fifth inning and added a run-scoring single in the sixth inning.

The defensive play of the game? That’s easy.

In the top of the fifth, Anthony Calarco came up with unusual, head-turning play, when the first baseman fielded a bunt by Niles North’s Robert Staine on the fly, dropped to his knees and fired a strike to second base to double off Ray Khasko.

Redding also was a standout on defense. He threw out Niles North’s Jamie Sanchez trying to steal second in the second inning.

Redding has cut down eight of nine runners on steal attempts this spring. 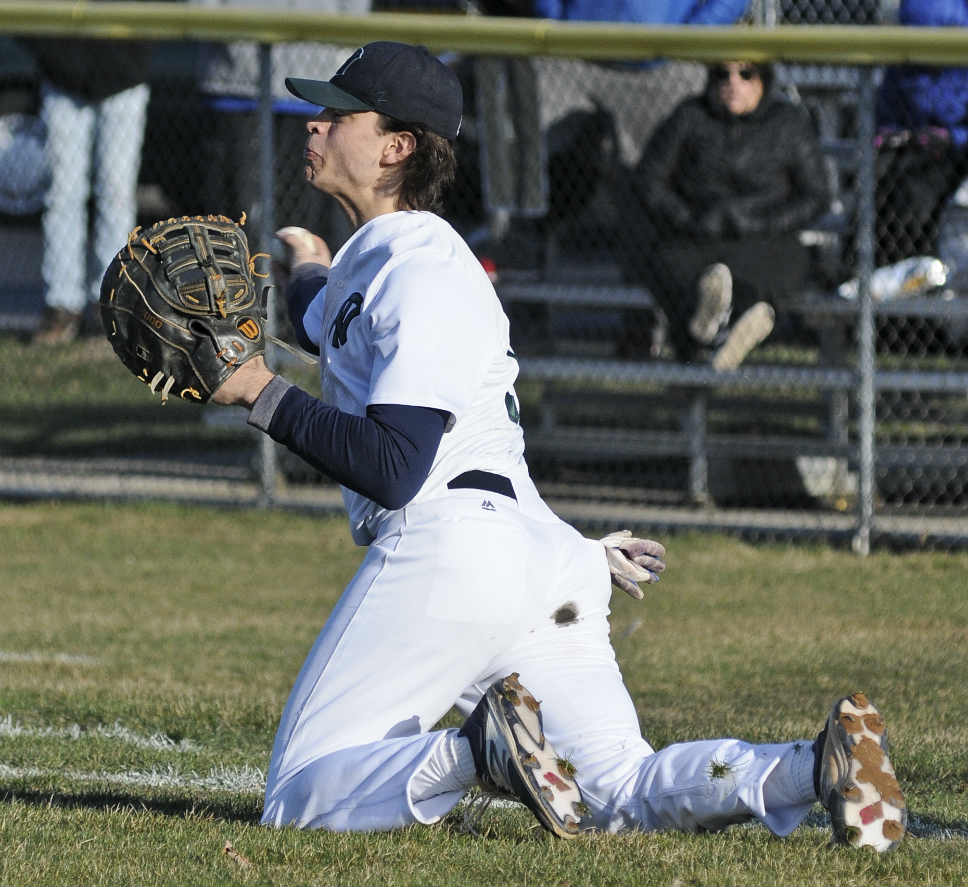 After fielding a bunt in the air, first baseman Anthony Calarco of the Trevians falls to his knees before throwing to second to double off a Niles North runner in the fifth inning. PHOTOGRAPHY BY GEORGE PFOERTNER 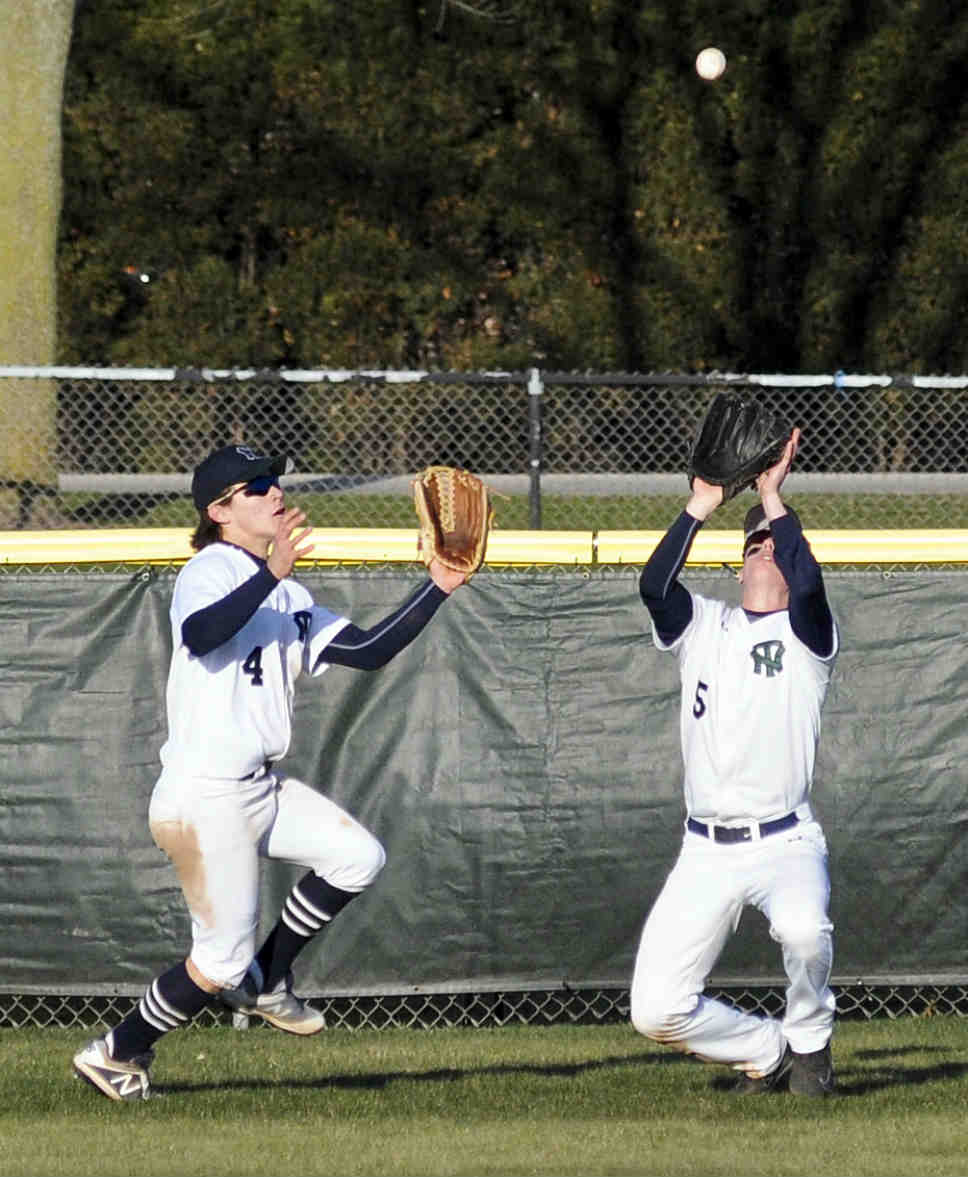 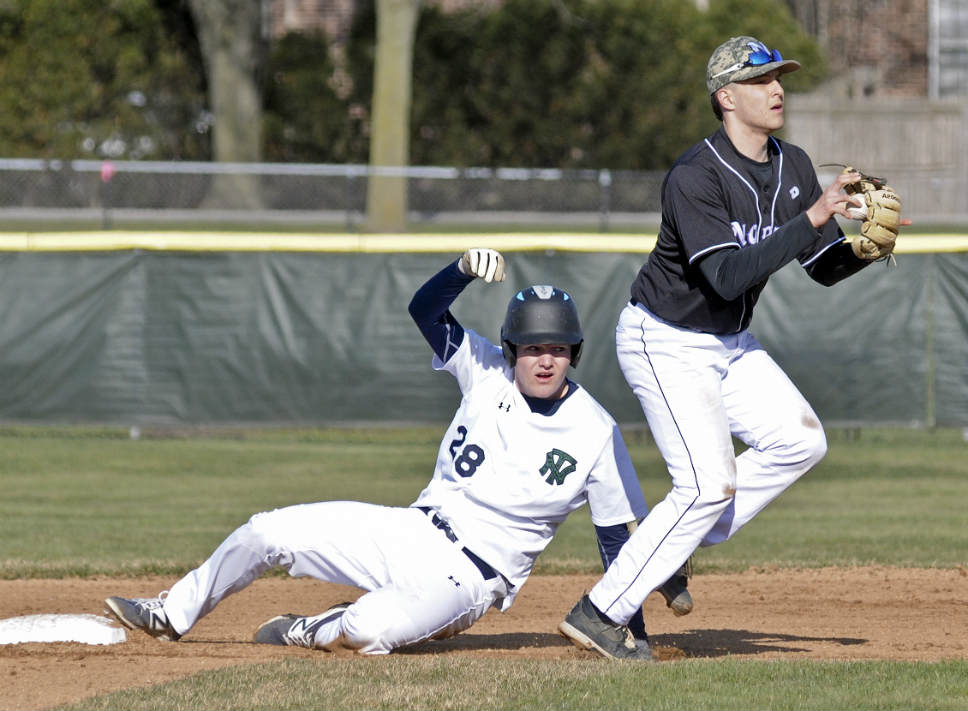 Griffin Ryan, who had two hits in the game, gets called out at second on a steal attempt in the first inning. PHOTOGRAPHY BY GEORGE PFOERTNER