If you can scrounge up three bucks and the courage to order a fish nugget in mixed company, I can introduce you to the tastiest two-bite morsel in town.

Technically, the good folks behind Kinship, which sits in the rotunda at the base of 1603 Orrington, refer to their delightful nibble as a “chicken-fried scallop shooter,” a nod to the elemental pleasures of tipping back shot glasses filled with slippery oysters or liquid shrimp cocktails.

Fortunately, this “scallop shooter” is vertical and solid, and when it arrives at your table—nestled atop raw fennel and below a swirl of lemon aioli dappled with cumin, cabbage slaw and a salsa fresca—it’s a showstopper. 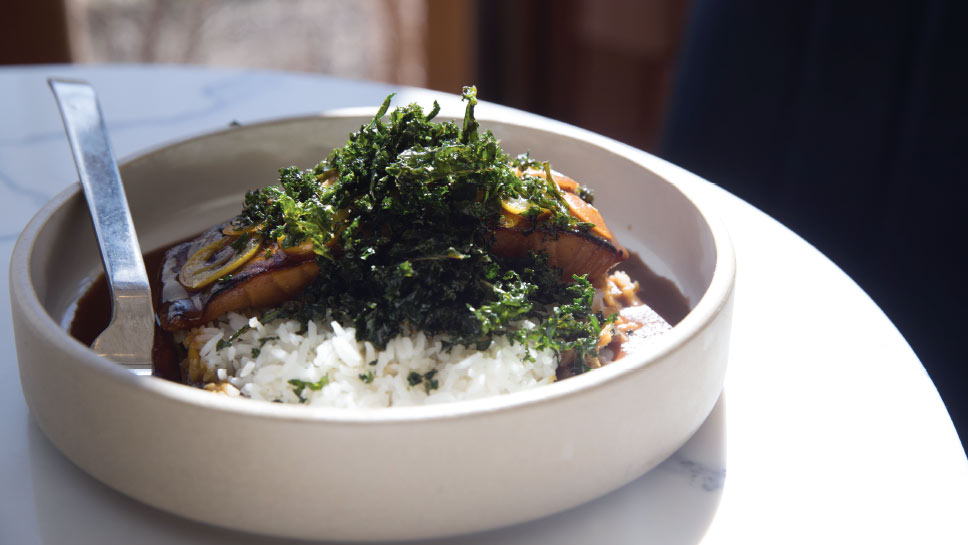 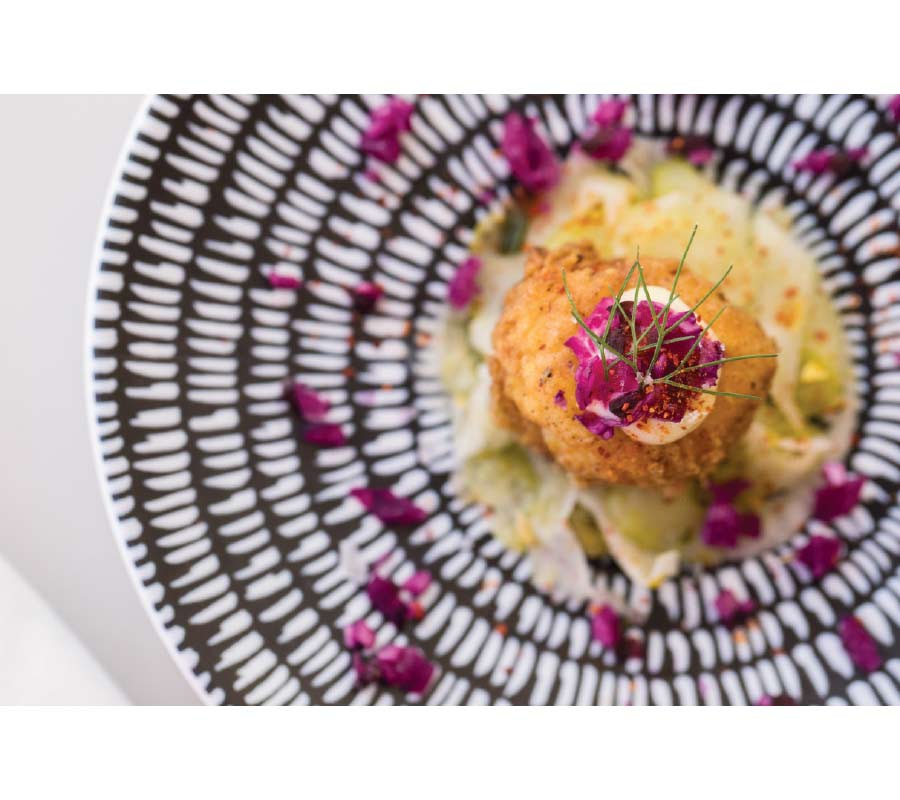 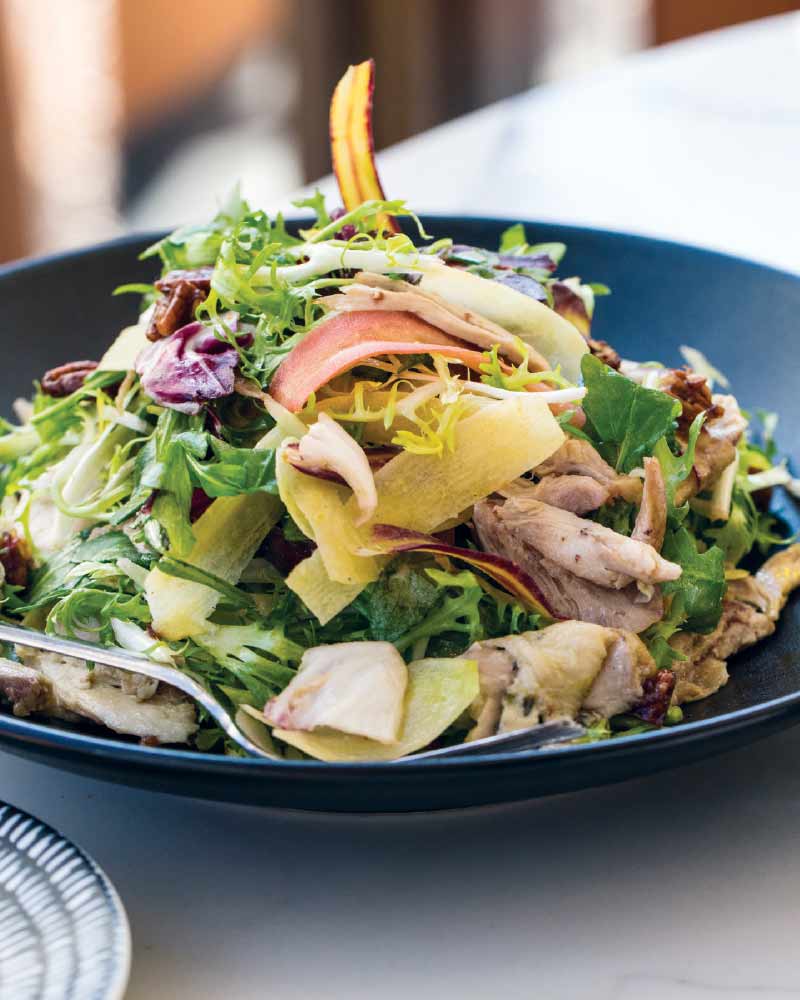 Imagine the mise-en-scène from Edward Hopper’s Nighthawks re-imagined for the modern age and you’ll get the sense of what’s to come.

Instead of trying to hide the restaurant’s crescent-moon shaped floor plan, Cooper and Taggert have embraced it. There are so many different geometric patterns here—empty picture frames, blocky wire-framed fixtures, and gorgeous circular wall sconces that beam halos of light against the wall—you almost expect someone might to slip you a trigonometry test before the wine list comes around.

Some of his presentations are canvass-worthy, especially his tuna tataki. Thick slices of raw tuna topped with bits of watermelon radish and edamame, are fanned around a central well of ginger-lime marinade as if it were an edible flower in bloom. And even something as simple as a mixed green salad with hearth-roasted chicken and tahini-miso dressing is brightened by thick curls of orange and pink carrots that wind through greens like silky ribbons.

Having visited Kinship early in its run, there were still kinks that need to be ironed out. The pacing of our meal was mistimed, as entrees arrived before we’d completed our appetizers. And the house’s harissa lamb shank, although beautifully crusted with a harissa and lemon rub, was too chewy and required a roomier vessel.

That being said the side of duck-fat braised lentils accompanying the lamb is a true original. The lentils manage to evoke both the flavor of a French cassoulet and the texture of a gravy-smothered bowl of mashed potatoes.

Tried and true entrees deliver the best value, especially an inexpensive hanger steak fired in the house’s Woodstone oven. The beef gets topped with a horseradish gremolata that swaps out parsley in favor of arugula to highlight the slightly spicy green’s subtle undercurrent of black pepper.

You can’t go wrong with the house’s simple salmon either, which is glazed in a miso-mirin sauce that’s not cloyingly sweet and bolstered by pickled kumquats and crunchy kale flakes.

Just make sure you save room for dessert, which aims to ensure eclairs return to their former glory. Kinship’s éclair tasting—you choose three out of five revolving options—is a must, especially if you order my personal favorite: Kinship’s lemon-meringues, which is whipped up with an inspired spoonful of tart yogurt. (Fortunately the next-door market, Next of Kin, sells these as well.)

Add an order of apple strudel, which is topped with a neutralizing crème fraiche, and you’ll be sugared up enough to become a Evanston Nighthawk in your own right.