Lane Murdock, a sophomore from Ridgefield High School in Connecticut, organized the National Walkout with three other students to commemorate the anniversary of the 1999 Columbine High School Massacre in Colorado, where 13 people lost their lives, according to abcnews.go.com.

Like the National Walkout, which will begin at 10 a.m. with 13 minutes of silence for the Columbine High School victims, Highland Park High School (HPHS) students will also observe a moment of silence followed by speeches, said Sage Amdahl, who organized the HPHS Giants Walkout with four other sophomores. The four include Bria Berish, Megan Brill, Molly Jacobson and Maya Raviv.

Amdahl said the main difference between the March 14 Walkout in honor of the 17 victims of the Marjory Stoneman Douglas High School shootings in Parkland, Florida and the upcoming National Walkout will be the duration of the event. While the March 14 Walkout lasted about 17 minutes to honor the 17 lives lost, the April 20 National Walkout will continue throughout the school day.

“This is a problem that needs to be addressed longer than 17 minutes,” said Lane in the abcnews.go.com interview.

Amdahl said the Giants Walkout will follow Lane’s lead by scheduling events throughout the day with the option to return to school at any time. She indicated that students will be leaving school grounds.

“We decided to organize the Giants Walkout because we felt very strongly about the need for gun control after the countless acts of gun violence that plague the United States,” said Amdahl. “Our goal for the Giants Walkout is to bring awareness within our community and our country that gun violence is a great issue that needs to be met with quick and decisive action.”

Are the planners aware if any HPHS students have stated that they are opposed to the Giants Walkout?

“Yes, we have received both polite opposition and some hateful comments as well,” said Amdahl. “To those who oppose us, we say that we are disappointed that they do not agree with us but respect their opinions and wish them the best.”

“As our state and federal leaders continue to ponder the on-going issue of gun violence prevention, I appreciate that our students are making their concerns clear and demanding action. No parent sending a child to school, to the park or to the movies, should have to worry about whether they will come home or not. No one attending a party, a concert, or taking a moment to worship should have to look over their shoulder with concern about coming together in a public place. It is well past time to take action to reduce the gun violence that threatens our nation’s safety,” said Rotering.

DailyNorthShore also corresponded with senior Heather Knobel, co-founder and president of HPHS’s Girl Up and c0-president of Mock Trial. Though she will not be participating in the Giants Walkout, as she has a school field trip, she wanted to share her views on gun control.

“My generation has never known a time without mass gun violence,” said Knobel. “Many of us fear going to school, a park, a restaurant and more. The time to take action and change this norm is overdue. Until our elected officials take meaningful action, we will continue to speak out on the subject. No one should experience gun violence and the associated grief the way we do in our country today.”

Though Amdahl originally anticipated that between 300 to 400 students would participate in the Giants Walkout, many have dropped out due to concerns about repercussions from the school.

“As with the National School Walkout and any other peaceful acts of protest, we as a district support our students’ constitutional right to demonstrate and encourage them to take a stand for causes they are passionate about. Should the students choose to exercise their constitutional right to demonstrate by planning a protest, the district will provide supervision so that they can do so in the safest manner possible. We will adhere to the same guidelines that were communicated to the school community prior to the National School Walkout,” said Gonzales who provided the following guidelines: 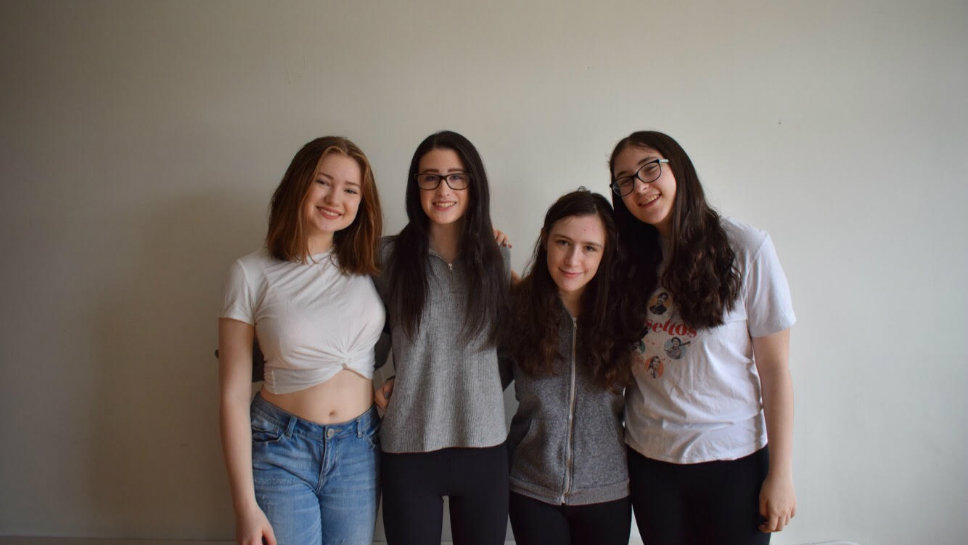