LAKE FOREST/LAKE BLUFF — A ceramic waffle that looks good enough to eat, a creative self portrait, a painting of a birthday cake, a still life drawing and more are among the work of students from Lake Forest and Lake Bluff on display in an exhibit of scholastic art.

The 11th annual Emerging Artists show of the Deer Path Art League runs through April 28 at The Gallery in downtown Lake Forest featuring work from students at the elementary, middle and high schools in Lake Forest and Lake Bluff.

With more than 150 pieces of two and three-dimensional art on display, Jillian Chapman, the league’s creative director, said teachers from each of the participating schools select which of their students’ work will be displayed. There are seven to 10 from each school.

“This is an opportunity for the Deer Path Art League to give back to the community,” said Chapman. “It’s important for the passion of young artists and to help nurture creativity in Lake Forest and Lake Bluff.”

Once the pieces for the show are selected, Chapman and Cecilia Lanyon, the co-owner of The Gallery, choose a winner from each of the 11 schools. In some cases Chapman said there are multiple winners. 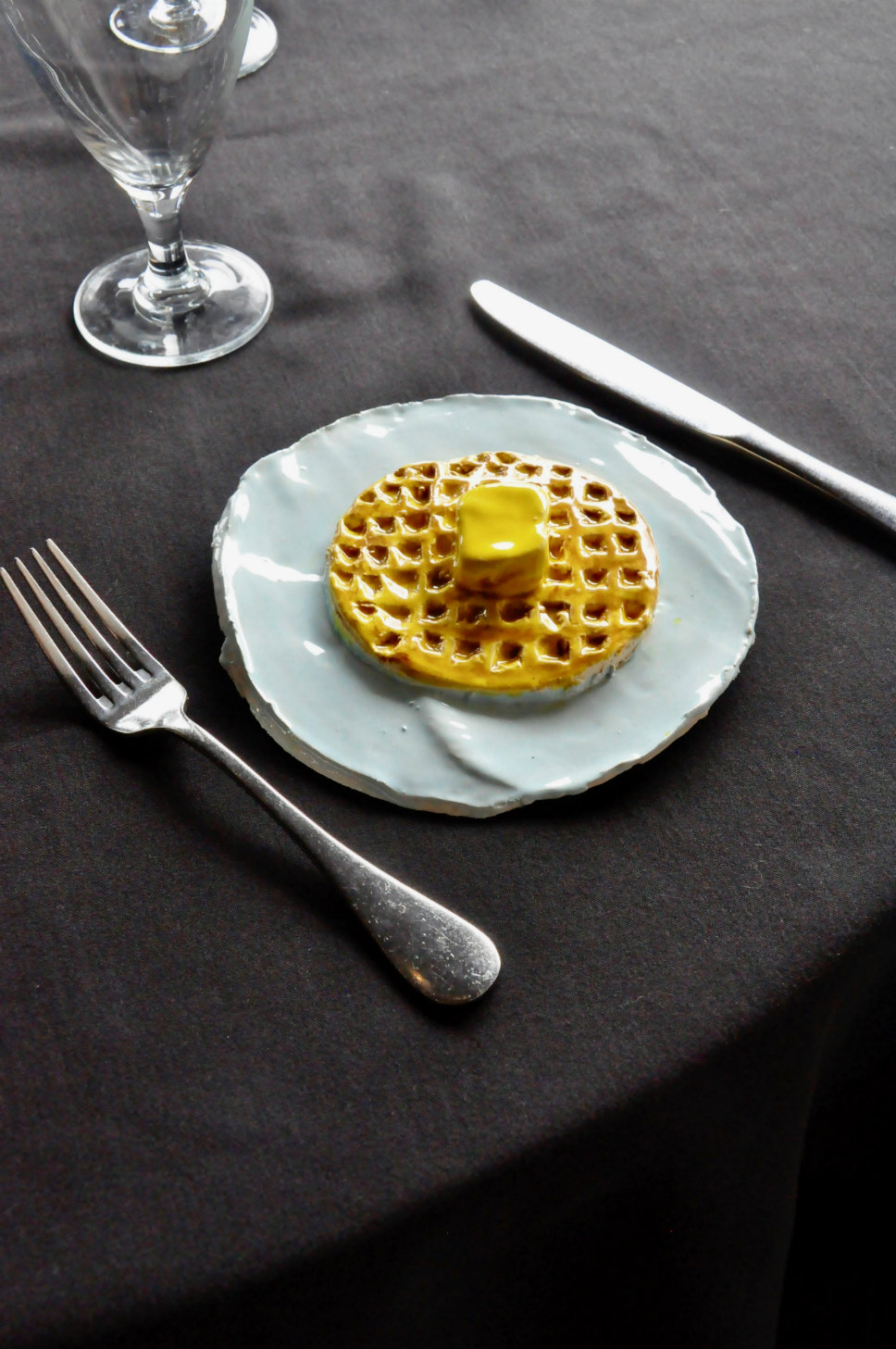 One of those winners is Lake Bluff fourth grader Campbell Gore. Gore made a waffle on a plate out of clay using a marking tool to “scrape out” the waffle’s indentations. There is a lump of butter on top. Though the glistening paint makes it look like the waffle is coated with syrup as well. She said that is not the case.

Gore said she likes butter, not syrup, on his waffles and he made it the way he sees it. He first became enthralled with art in preschool. 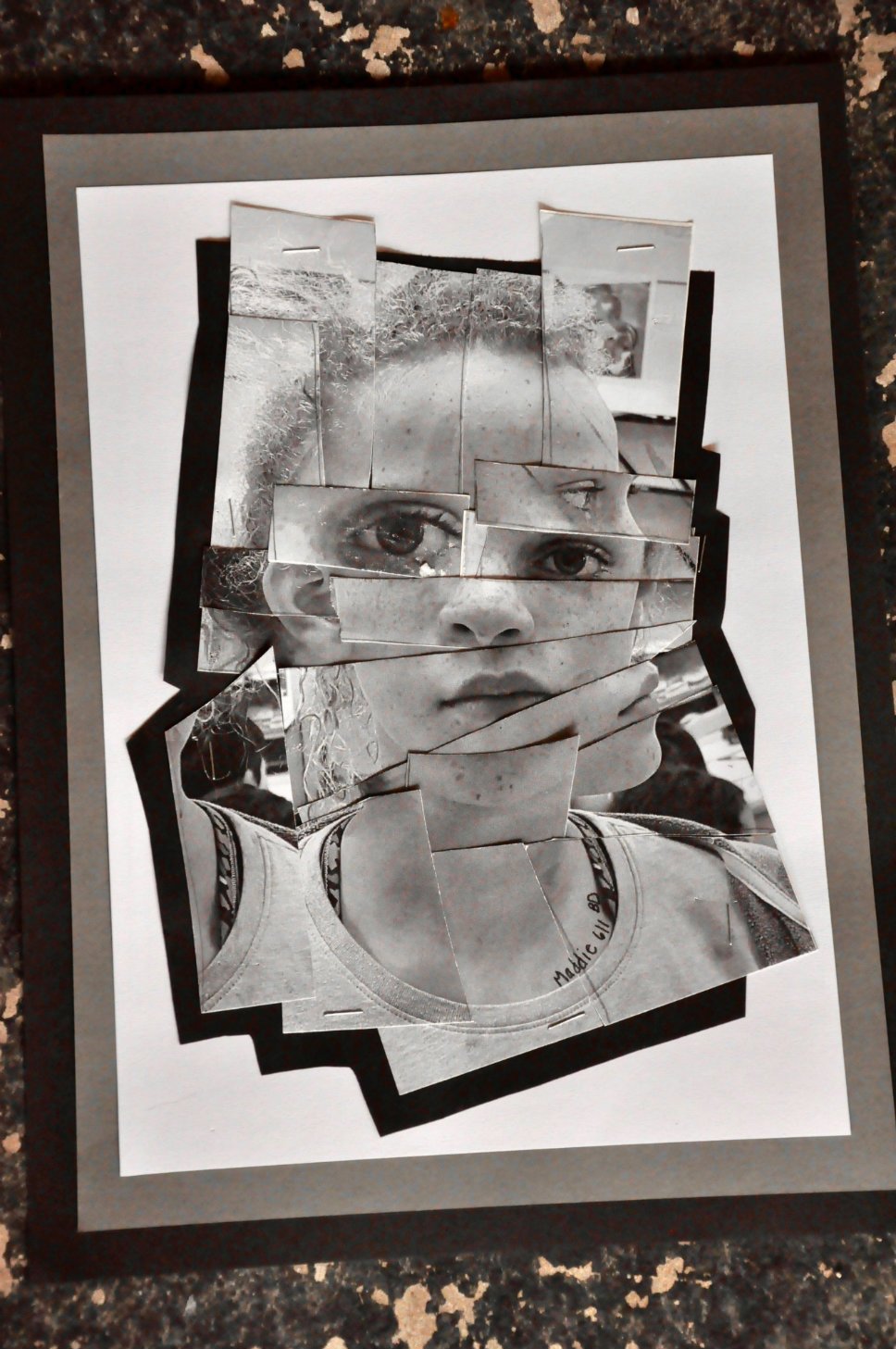 Another award winner was Maddie Williams, a Deer Path sixth grader whose medium was photography. She created a picture of herself from three separate photos taken at different angles and different distances by her teacher. She was thrilled and a little surprised by her win.

“I’m mainly into sports. I really feel I didn’t put a lot of effort into this,” said Williams. “I do love photography and saw this as a way to recreate my face in a self portrait.” 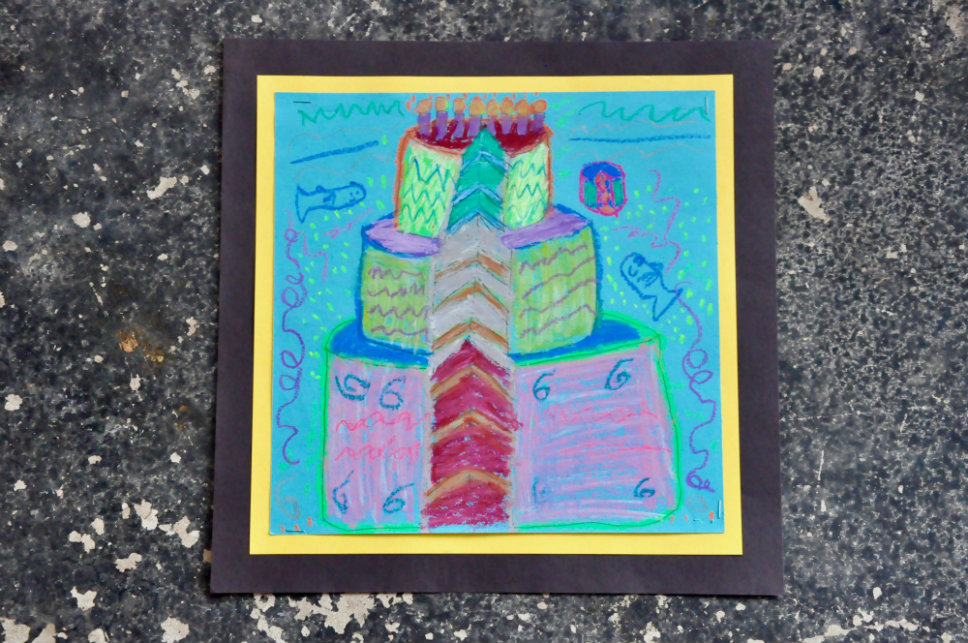 Jack Carter, a Sheridan second grader decided to create a picture of a multiple layer birthday cake with eight candles as part of an assignment at school. The larger layers were on the bottom and the smaller ones on top. He got a thrill when he walked into the exhibit at The Gallery.

“It was so cool to see it there when I walked in,” Carter said. “I didn’t want it to fall,” he added referring to the larger layers on the bottom.

Haley Zarek, a Lake Forest High School freshman created a still life of a flower in a vase with other vases around it. She did not have much opportunity to do art before getting to high school but said there will be more in the future.

“It is really cool to get this opportunity in high school,” said Zarek. “If feels good to be able to share it with people in the Lake Forest and Lake Bluff area.” 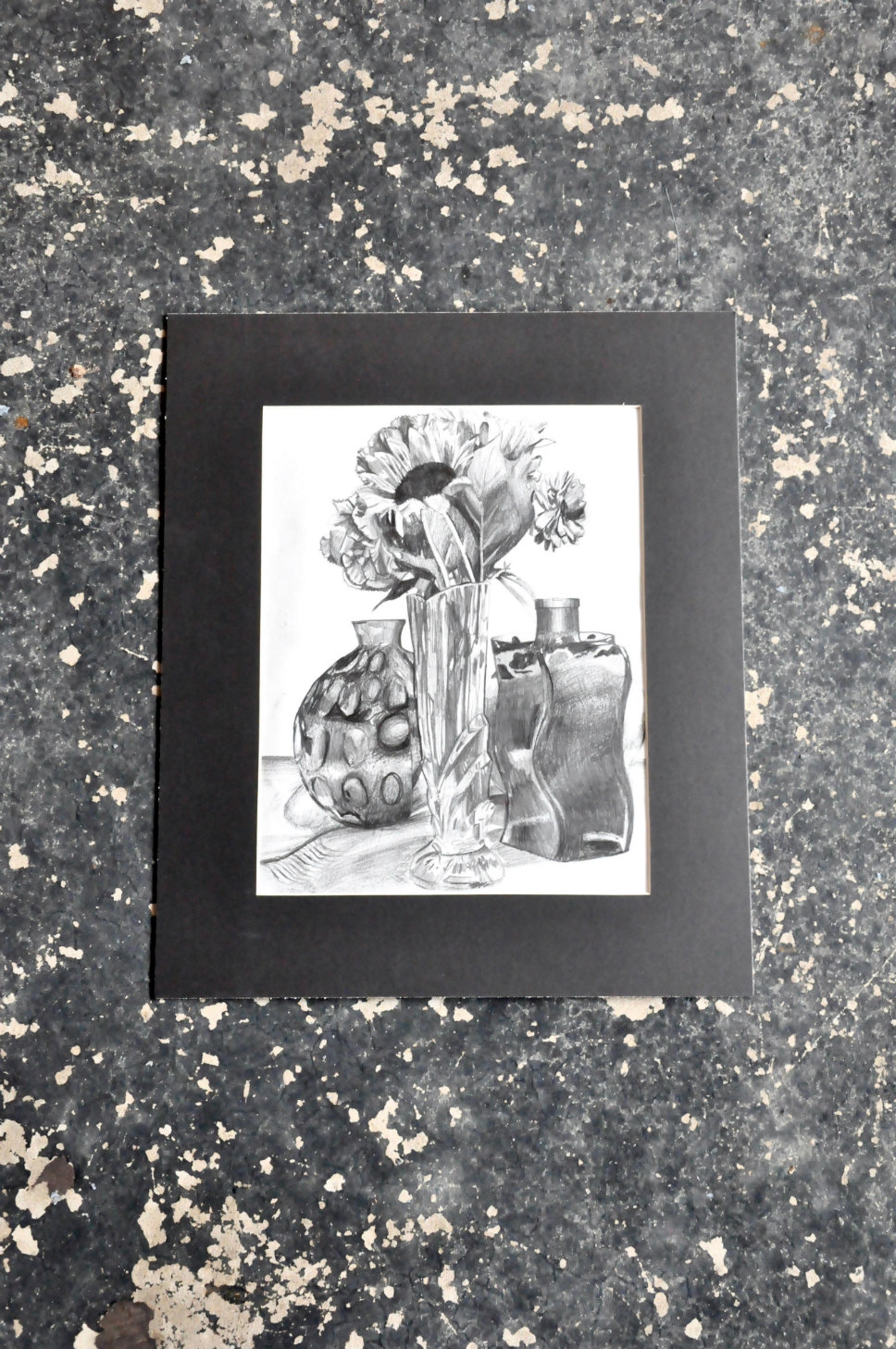 Since the show is at The Gallery, Lanyon said there is a “Kid’s Menu” being served as the restaurant’s selection through April 28. There are some standards on the menu like black garlic deviled eggs and ginger steamed Scottish Salmon as well as cookies and milk for dessert. Click here to see the full menu.