“Alzheimer’s disease is a very prevalent disorder that affects one in five women during their lifetime and one in 10 men,” said Dr. Demetrius Maraganore, medical director at NorthShore Neurological Institute, chairman of Neurology and director at the Center for Brain Health.  “It’s a very common disorder and traditionally our health systems ignore that risk and wait for a person to age and become symptomatic with the early signs of Alzheimer’s, which include memory loss, some difficulties with word finding and reasoning and making good decisions.”

Dr. Maraganore explained that there are more than 20 modifiable risk factors for Alzheimer’s disease that can be easily obtained from a patient’s medical records. There are genetic markers that indicate who in the population carries the highest risk for the disease. Based on a person’s health status and risk factor profile, doctors can develop treatment interventions that are personalized to lower a patient’s risk for dementia.

“We have evidence that we can lower the rate of Alzheimer’s disease by at least 50 to 60 percent by focusing on modifiable risk factors and by incorporating various lifestyle behavioral changes that improve brain health,” said Dr. Maraganore.

Dr. Maraganore believes that brain health can be improved at any age. He said if you take people in their 60s and 70s with cardio vascular risks, diabetes or hypertension, and randomize them with vigorous aerobic exercise, over time they will perform better on cognitive tests. Similarly, people in that age group who follow a Mediterranean Diet have a 50 percent lower risk for dementia. Patients who have been tested annually over six years have found a steady improvement in cognitive function.

“I want to emphasize that it’s never too late, and it’s never too early,” said Dr. Maraganore. “By looking at the brains of individuals who are genetically pre-disposed to Alzheimer’s disease in their 20s, we can begin to see Alzheimer’s changes in their brains.”

Dr. Maraganore told DailyNorthShore that attention to brain health needs to start in early childhood, because kids learn how to eat from their schools. If all of their classmates are eating Wonder Bread, peanut butter and jelly and potato chips, they are learning from their peers to eat in a way that will damage their brains as they age. The same is true of hot lunches containing fried foods and sugary desserts.

“We need to engage schools to teach children and parents about healthy eating with the Mediterranean Diet beginning in elementary schools,” said Dr. Maraganore. He even recommends that women begin in pregnancy.

The Mediterranean Diet is rich in fruits, vegetables, whole grains, legumes and olive oil. It emphasizes proteins like fish and poultry over red meat.

And as a reward, “You can have a glass of red wine a day to keep the nursing home away,” said Dr. Maraganore.

Dr. Maraganore explained that a comprehensive neurological examination will determine whether someone has any cognitive or motor impairments that define the risk factors for dementia, which will serve as a guide in developing a treatment plan.

There is also a simple blood test to assess an individual’s genetic type for the APOE gene.

Dr. Maraganore encourages everyone to check with their primary care physicians to evaluate what their health risk factors are.

“We developed the Brain Health Quiz, which identifies 23 different items that are associated with Alzheimer’s risk, and it can be administered on our Brain Health website,” he said. “If patients answer ‘yes’ to two or more of the questions, they’re probably at greater risk for Alzheimer’s and at the very least would benefit from seeing a neurologist with a special interest in preventing Alzheimer’s, like our Brain Health Center.”

He added that individuals with a parent, brother or sister with Alzheimer’s would be good candidates for the Brain Health Center, because there are “variances that account for genetic clusters of Alzheimer’s” that can be tested in the clinic.

For those who are apprehensive about taking the Brain Health Quiz, Dr. Maraganore said, “We’re not interested in fear mongering, but we are interested in empowering people with knowledge and opportunity. Having knowledge of the risks or harms in your health or past health empowers us with the opportunity to take steps to preserve and improve health which is the mission of NorthShore University Health System.”

The 22nd Annual MRW Benefit Luncheon will be held on May 2 beginning with a 10:30 a.m. silent auction and lunch at 11 a.m. at the Highland Park Country Club. 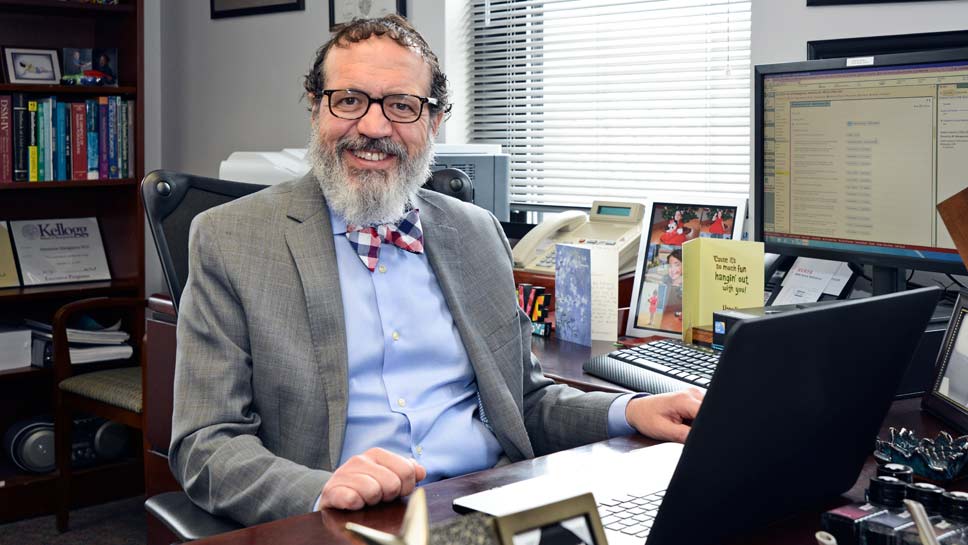