How do you tell the story of the myriad lingering effects segregation has had on a community in a few short hours? You find a fascinating and little-known subplot within that story and write a play about it.

At least that’s what Tim Rhoze and Stephen Fedo have done for an upcoming production at Piven Theatre Workshop. Their play, A Home on the Lake, tells the story of two Evanston families—one living in the 1920s, the other in present day—whose lives are disrupted by matters of property and race. At its crux, the two businessmen and their families—one white, one black—make business deals that result in the relocation of black residents’ homes to what becomes the city’s “black district.”

“Their business decisions have consequences for both families,” explains Piven Theatre Workshop Executive Director Leslie Brown. “Including one that isn’t revealed for nearly a century, when current descendants are faced with determining who has a right to a home on the lake.”

Premiering April 19 and running through May 20, A Home on the Lake is the first collaboration between writer Fedo (Piven Theatre’s literary manager,) and director/writer Rhoze, artistic director of Evanston’s Fleetwood-Jourdain Theatre (also a critically-acclaimed film and theater actor). Their play draws from research and interviews conducted by Nina Kavin, founder of Dear Evanston—a social action group focused on issues of race, equity, inclusion, and youth gun violence. The play is the centerpiece in Piven’s “home” themed 2018 season. 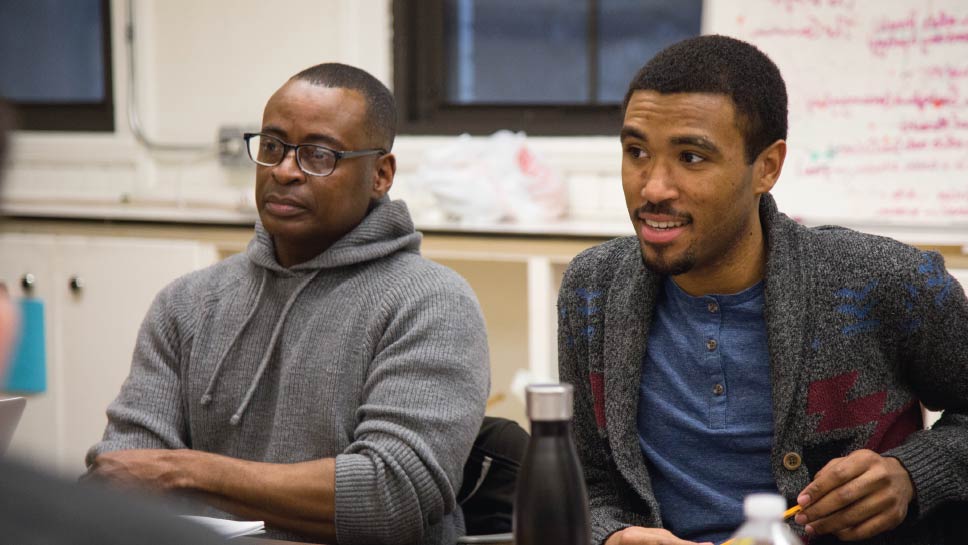 New play at Piven Theatre Workshop explores the impact
of segregation
and relocation. 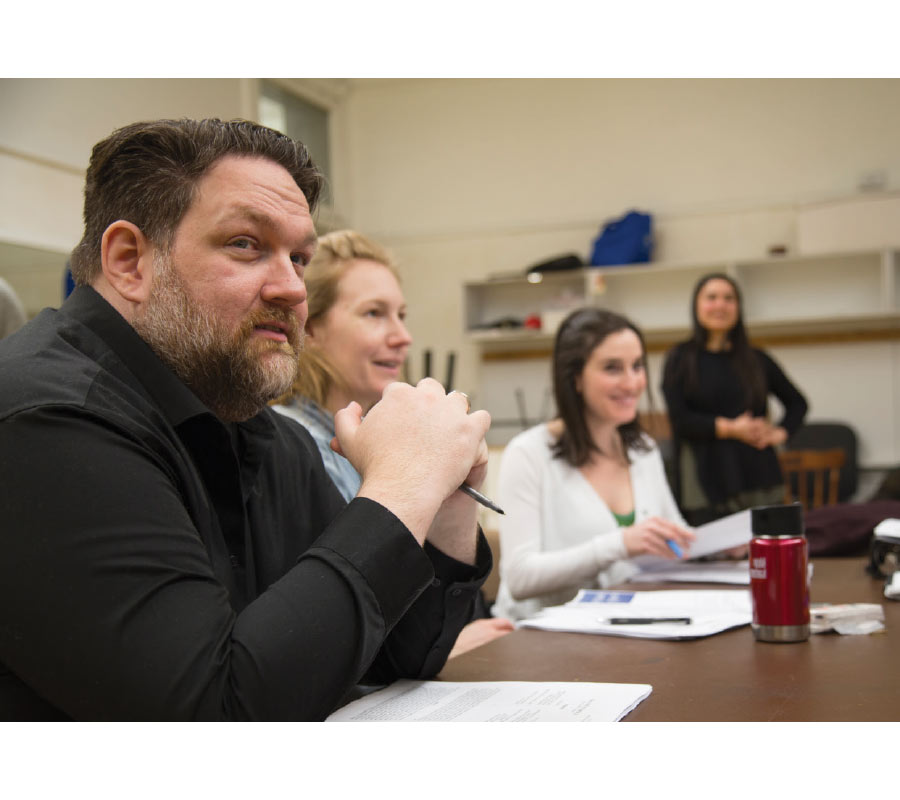 A reading of A Home on the Lake was underway recent at Piven Theatre with Andi Fitch, Rachel Shapiro, Abigail Boucher, and Christopher M. Walsh.

Although fictional, the play is based on fact. The neighborhood west of Green Bay Road—bounded by the North Shore River Channel, and tucked between Lyons and Church streets to the north and south—District 5 (also known as the Fifth Ward) has long been the center of Evanston’s African American community. But few people realize that dozens of the homes here were physically plucked from their foundations in other Evanston neighborhoods and wheeled to the district in the 1920s and 1930s in an act of segregation backed by the Real Estate Board Code of Ethics adopted in 1924. Partly due to this, by 1930, the Fifth Ward had become home to 79.8 percent of all Evanston black residents.

“There is very little written history about this,” says Kavin. “So a year ago, Piven approached me to ask if I would be interested in recording oral histories to help inform a play. Collecting these histories, I did hear a bit about houses being moved, but I heard a lot more about black Evanstonians’ experiences being limited to specific areas by institutional and personal racism, redlining laws, discriminatory zoning, and the inability of blacks to get loans from banks—all historic fact that contributed to Tim and Stephens shaping of this play.“

For his part, Rhoze says the wheels behind the play’s ideation had been turning for a while.

“Over the past eight years or so,” he says. “I have had numerous conversations with (African Americans) who grew up in Evanston. Many of these people shared stories about their life here. It was in one of those group discussions that I first heard the “house moving” stories.” 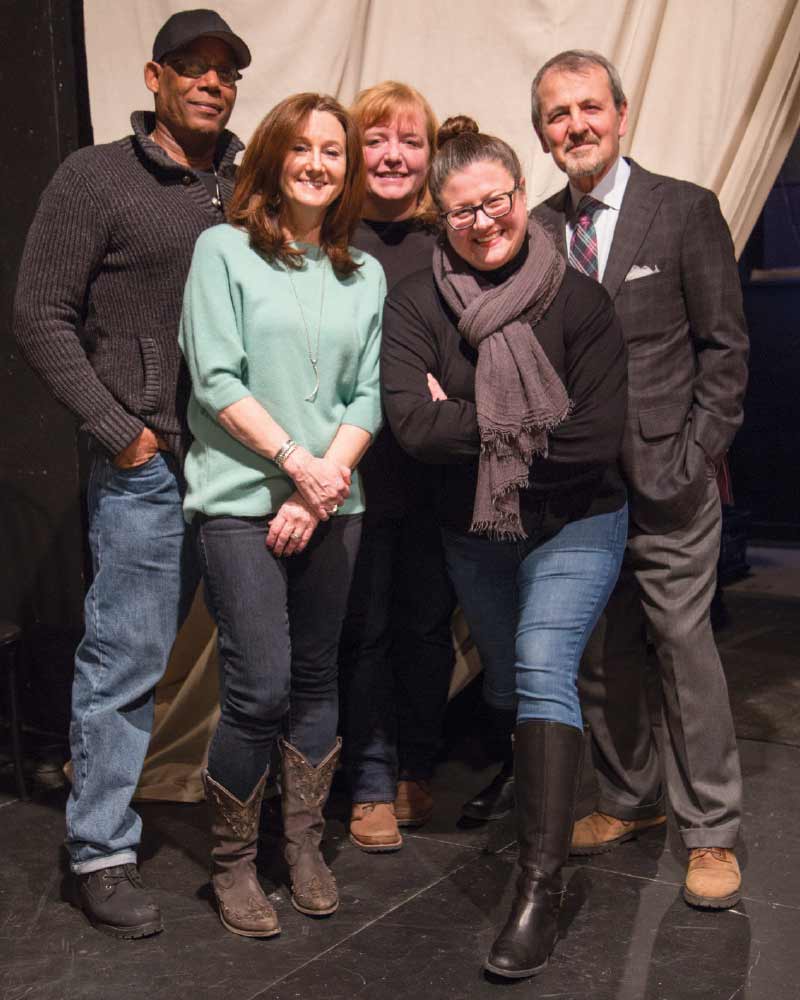 Choosing those stories as a pivot point for the play was a natural way to lead into the exploration of deeper themes of displacement, equity, home ownership, and the question of whether communities divide or become more cohesive during times of upheaval.

“I can say that actions have consequences and they’re not always bad,” sums Rhoze. “The Fifth Ward was born, and born out of the Fifth Ward have been some truly amazing people that have gone on to make the entirety of Evanston— all nine Wards—a greater place to raise a family, to build a life. If anything is accomplished with the story of this play, I hope the Evanston community will further their support for Fleetwood-Jourdain Center and Piven Theatre Workshop as we continue to collaborate on projects that resonate with the community.”