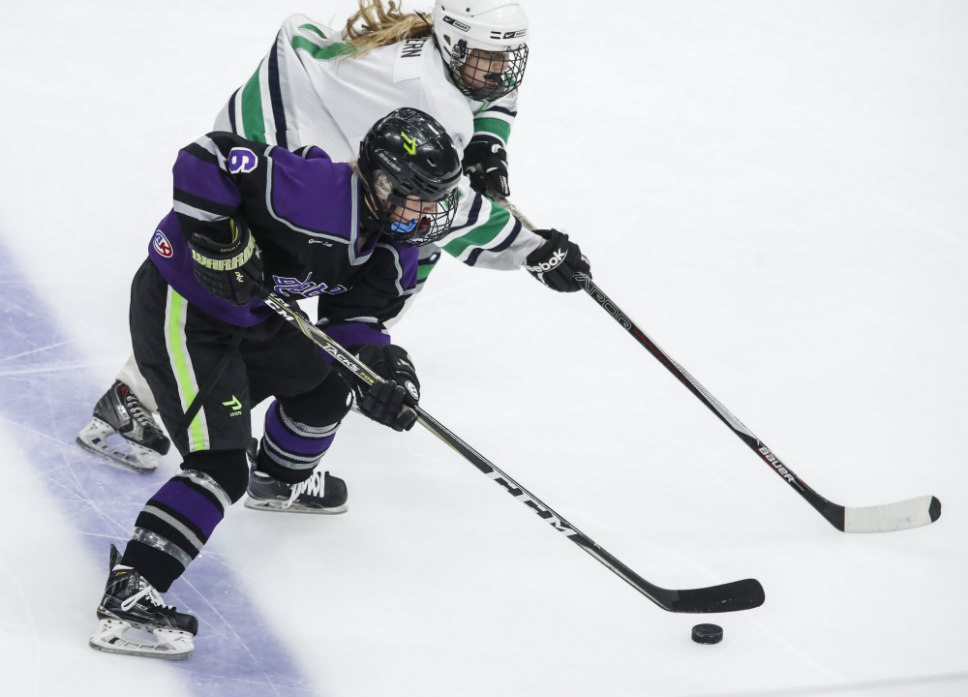 There she was, on the biggest of stages — Amateur Hockey Association Illinois (AHAI) state championship game at United Center — with the lights on and the ice in pristine condition.

And what does she hear?

The PA announcer got it wrong.

“That was fine,” said Dunham, as she fielded questions from sportswriters following GBS’s 5-1 setback to New Trier on March 24. “As long as we got a goal, I didn’t care who got credit for it.”

It was that kind of afternoon for GBS.

“Things didn’t go our way,” said Dunham. “We had some bad bounces. And we didn’t do a very good job of dealing with adversity.”

Glenbrook South’s best moment of the game came with 9:56 left in the second period, when it came up with a short-handed goal against top-seeded New Trier.

But one goal — Dunham’s eighth of the season — off a feed from Jensen just wasn’t enough.

Jensen (22 goals, 9 assists) dug out the puck from behind the New Trier net and flipped a perfect pass to Dunham, who drilled a bullet into the top shelf of the net.

“I snuck to the middle, and Hannah did a nice of getting the puck to me,” Dunham said of her shiny and picturesque goal. “There was traffic in front of the net, and I was able to get the puck to the net.”

Third-seeded Glenbrook South, which defeated New Trier 5-3 in a Scholastic Cup semifinal on Feb. 24, went into the contest with high hopes and a ton of confidence. Thus, getting beat by four goals was a little hard to take.

“We were the experienced team coming in,” said Dunham. “We were the ones that had been here before.

For a defenseman — like Dunham — to strike in a big game wasn’t much of a surprise.

“I call Maddie an offensive defenseman,” said Glenbrook South coach Steve Hamelin, who earned AHAI Coach of the Year honors. “She does her job defensively, but she’s also a big threat on the other end.

“She likes to get down the ice,” the coach added. “She’s a really good two-way player. We rely on her heavily.”

Dunham, a speedster on the ice, has a head for the game.

Hamelin gets no argument from New Trier coach Bill Brush.

But she soon figured out that doing half circles and figure eights just wasn’t getting it done for her.

“I told my dad [Patrick] that this is boring,” Dunham said. “Get me into hockey.”

Soon, her competitive side took over. Her older brother, Connor, turned out to be a pretty good hockey player for GBS.

“I wanted to be better than he was,” she said.

Then, she added: “Connor is great. And I have to say that he really helped me become a better hockey player.”

As members of the Chicago Mission U19 squad, they will compete in the Tier I USA Hockey National Championships in Marlborough, Massachusetts, on April 5-10. 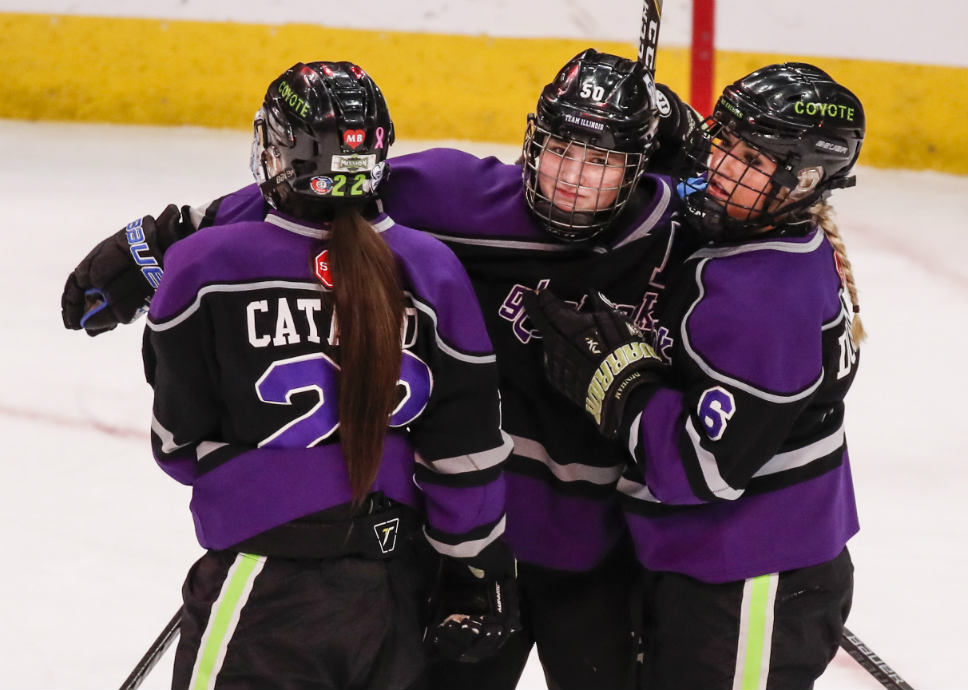 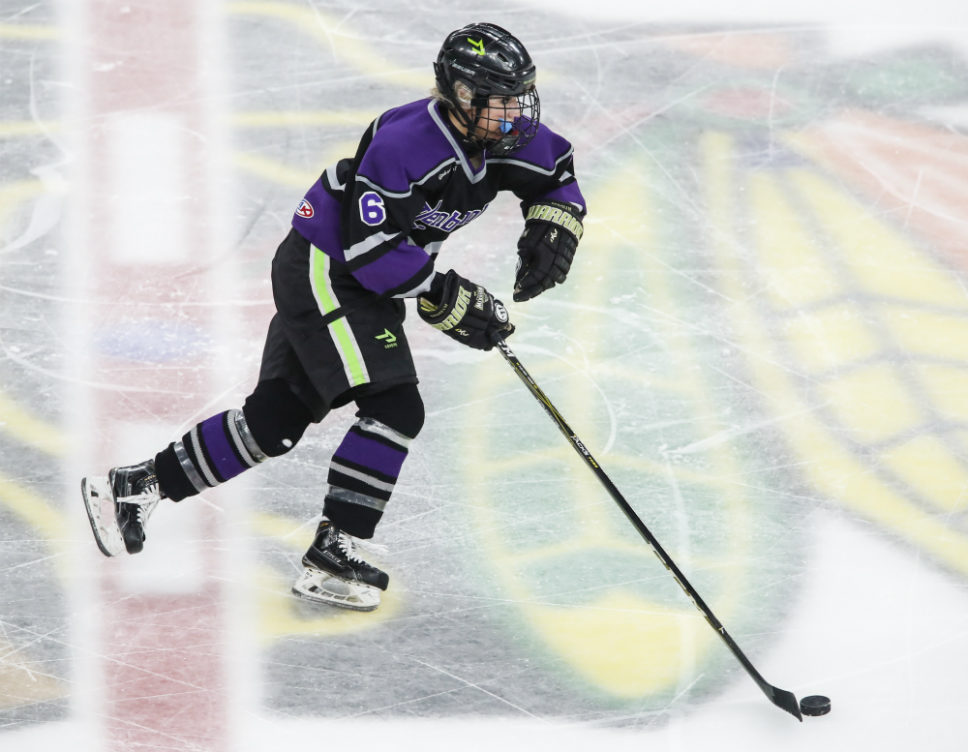 Maddie Dunham takes possession of the puck during the state championship. PHOTOGRAPHY BY JOEL LERNER