LAKE BLUFF — One person staying at a Lake Bluff home escaped injury as a fire gutted the structure in the 400 block of Arbor Drive in the early morning hours of April 3, according to Lake Bluff officials

Lake Bluff police responded to an emergency 911 call at approximately 2:30 a.m. when the fire was first reported, according to a news release from the village. Police confirmed the only occupant, a visiting family member, was “safely out of the home” when they arrived.

“Within moments of the officers arrival the entire second story of the home was fully engulfed in flames,” the village said in a news release. 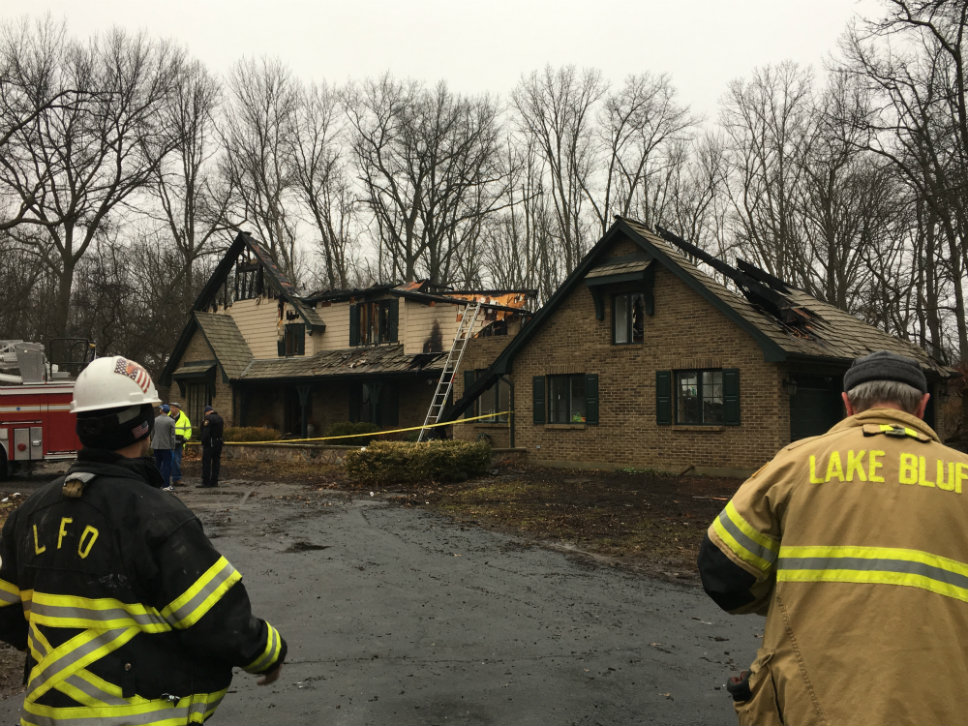 Firefighters from the Lake Bluff Fire Department were still on the scene at 9:30 a.m.

Volunteers from the Lake Bluff Fire Department arrived on the scene shortly after 2:30 a.m. and had the fire under control within 30 minutes, said assistant chief Gregg Marsh. He was one of 25 firefighters from Lake Bluff and the Rockland Fire Protection District in Knollwood to help contain the fire. Knollwood arrived right behind Lake Bluff.

“It was all who could fit on four rigs,” said Marsh.

Marsh and more than 15 Lake Bluff firefighters from Lake Bluff and Knollwood were still on the scene as of 9:30 a.m. dealing with the aftermath of the blaze. He said the cause of the fire is still under investigation.

The second story was nearly gone and some of the first floor appeared heavily burned from a view approximately 75 feet away. Little appeared to remain inside the building other than charred wood.

Though Marsh could not give an estimated dollar amount of the damage, Lake Bluff Fire Chief David Graf said in the release the home is a total loss because of the fire’s rapid spread.

Prior to the fire, the home was valued at $1 million, according to real estate records.

Situated in a heavily wooded area two tenths of a mile from Lake Michigan, the 4,480-square-foot home was sold for $1,075,000 cash on October 12 of last year, according to real estate records. It was built in 1988 by Orren Pickell Building Group  on a lot of more than four acres. It has five bedrooms. 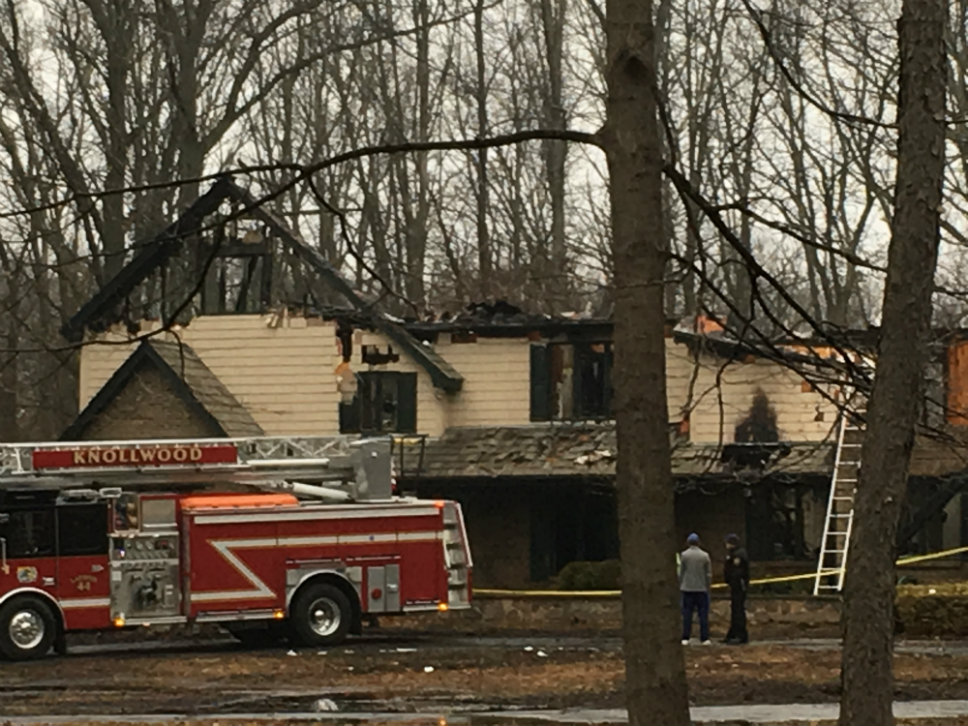 An Orren Pickell built home near Lake Michigan in Lake Bluff was gutted by fire April 3. 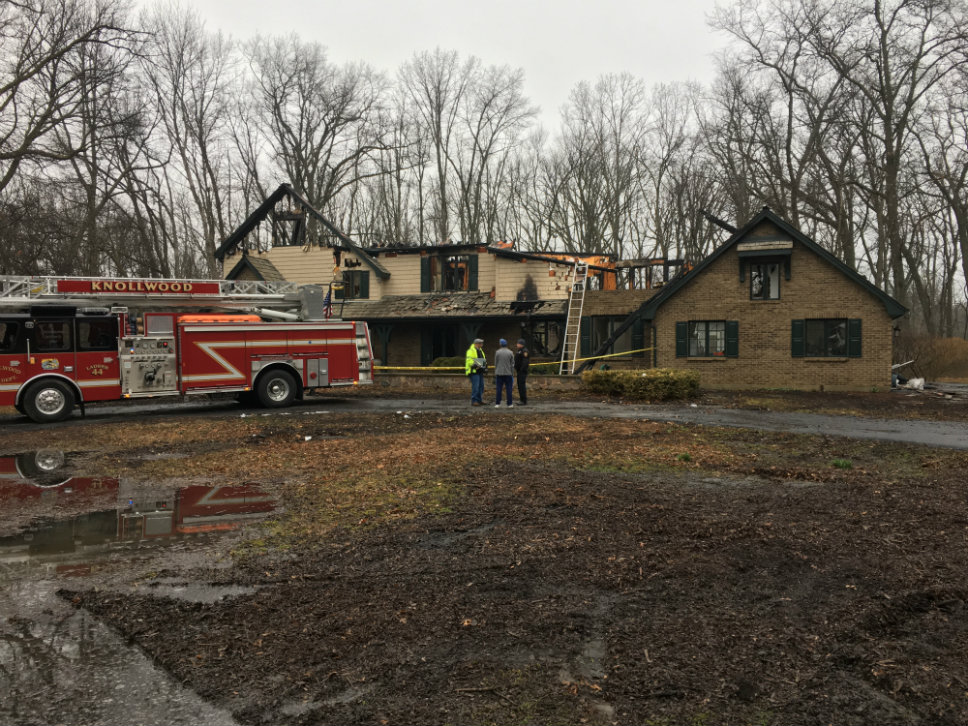 Fire trucks were still at the fire seven hours after the blaze broke out.