Need an excuse to get outdoors? Here’s a good one: A group of New Trier Township High School students has organized the Run BeCAUSE Charity Mile on June 23 to benefit the Juvenile Diabetes Research Foundation.

In its third year, Run BeCAUSE has raised and donated $38,000 to JDRF through family oriented runs held at Indian Hill Park. The race welcomes all abilities, with runners starting off the event and walkers immediately to follow. An after party held in the park includes plenty of kid-friendly activities, as well as music, food and a silent auction.

A group of eleven North Shore teenagers started Run BeCAUSE to channel their passion for running and their desire to help others. JDRF was chosen as the charity’s beneficiary, because a sister of an original member suffered from Type One diabetes. Since then, the baton has been passed to a new group of 17 teens — all students at New Trier High School — many of whom had siblings or friends that were part of the original founding committee.

Arjun Thakkar, a senior at New Trier, became involved with Run BeCAUSE after meeting a founding member through track at school. He volunteered at the race last year and realized it was something he wanted to get more involved with since it was such a good cause. “I am getting a lot out of the experience,” Thakkar said. Approaching local businesses for support and soliciting donations has provided Thakkar with a lot of practical experience and real work skills.

The teens have been meeting once or twice a month since January, focused on organizing the event and soliciting donations. While many teens who choose to become involved with Run BeCAUSE enjoy running and other athletic activities, they also enjoy the greater purpose. “It’s so cool to be a part of something that is bigger than yourself,” Jordan Shonfeld, a sophomore at New Trier said. Shonfeld’s twin brothers were part of the original committee that started the organization.

In many ways, the organization’s goal to help others is in line with New Trier’s philosophy. “As a community, New Trier is a lot about giving back to others,” Thakkar said.

As the race has continued to grow and more students have joined the organizing committee, members hope to raise even more money this year and eventually turn the event into a bigger community day.

The race will be held at Indian Hill Park in Winnetka on June 23 at 9 a.m. For more information go to www.runbecause.org. 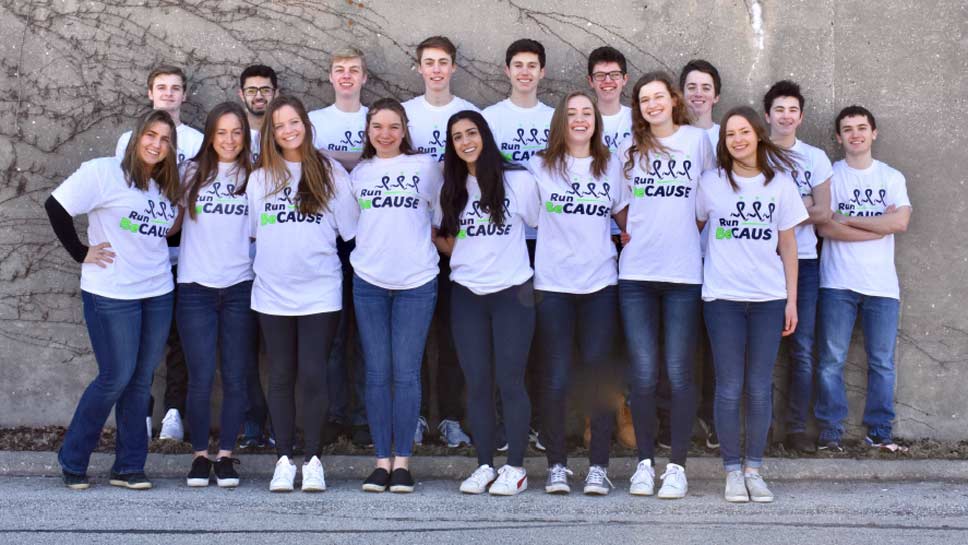