Proposed legislation which may impact the ability of local school districts to hire school resource police officers is working its way through the Illinois General Assembly but local officials say those police officers are staying put.

The State Schools Healthy Learning Environments Program bill introduced by state Rep. Emanuel “Chris” Welch (D-Hillside) in December does not appear on its surface to try to remove school resource officers but it contains language which some fear may do that.

In its current form, the proposed legislation contains language like “must reallocate funding for school-based law enforcement personnel … to alternative methods of addressing student behavior,” according to the text of the bill. 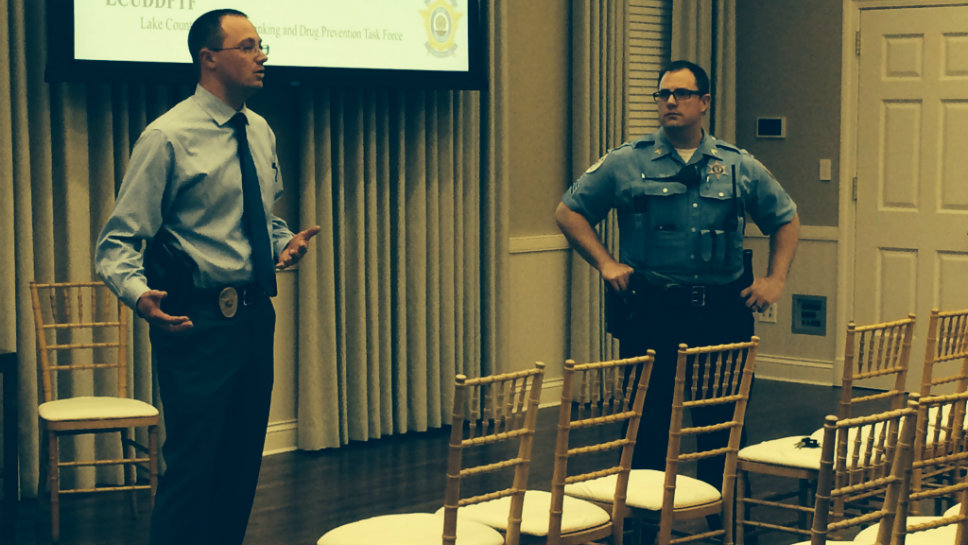 When Copeland first heard about the proposed legislation, he said he thought meant the state was trying to eliminate resource officers like Detective Ben Grum who is assigned to Lake Forest High School and Officer Conrad Christensen who works at Deer Path Middle School. Copeland said they are an important part of the schools and the police department.

Admitting he needs to “clean up some of the definitions” in his bill, Welch said the idea of the bill is not to eliminate what he calls “school liaison officers” whose job description fits what Grum, Christensen and their counterparts along the North Shore do.

Welch said in his mind “school resource officers” are something else. They focus on making arrests around schools rather than working with students to keep them out of the criminal justice system.

“What I’m talking about are part-time employees who are often police officers,” said Welch. “They are more like security guards who just want to make arrests. They don’t have a gun. They don’t have a uniform. The purpose of this bill is to focus more on getting social workers and mental health professionals into schools. This bill is still a work in progress.”

The primary purpose of the proposed legislation is to “stop the school prison pipeline,” according to Welch.

The proposed bill is a grant program and not a mandate for the state’s schools, according to Welch. He said if a school wants to continue operating as it has and has the resources to funds its programs, his law does not impact them.

While District 113 Superintendent Chris Dignam said he will not rule out potential grant programs which will save the district money, he intends to keep the resource officers at Highland Park and Deerfield in place.

Mike Simeck, who is the superintendent for both District 67 and Lake Forest High School, said the officers there make the schools safer. He said they act as counselors and educators. He said they teach students about cyber bullying and how to respond if it happens. They also work with the youngsters on appropriate social media behavior.

“They add a real tangible level of safety,” said Simeck. “They develop positive relationships. They are a valuable part of the school community.”