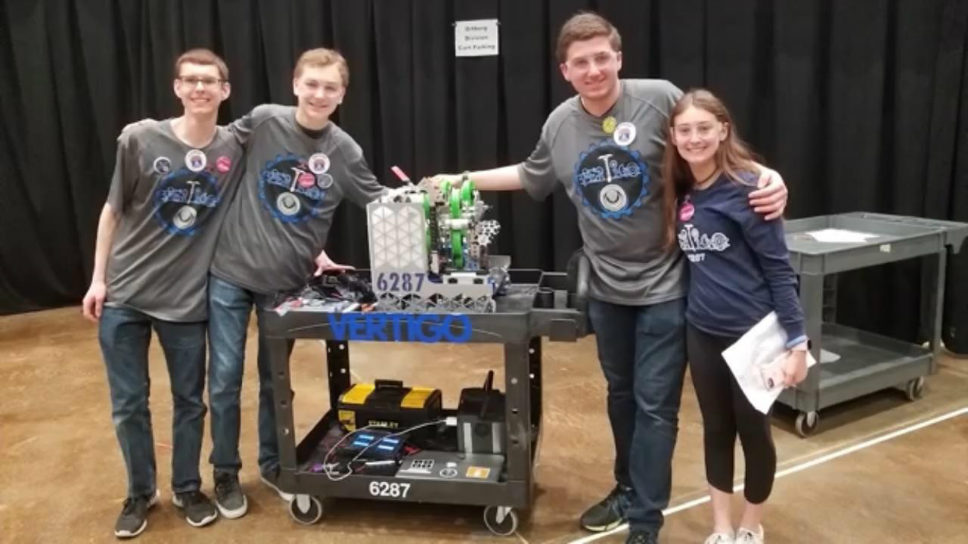 HIGHLAND PARK – Highland Park High School’s Robotics Team Vertigo will advance to the FIRST FTC World Championship tournament in April after finishing in 6th out of 72 teams at the North Super Regional on March 17 in Cedar Rapids, Iowa.

The name of the robotics program is First Tech Challenge (FTC).

Vertigo got off to a rough start when their robot disconnected in the middle of the first match, which resulted in a loss by four points. Next, the team narrowly lost the second match.

But these setbacks only made Vertigo work harder.

Brendan Chay, co-captain, said Vertigo made some minor tweaks to the robot and did drive practice in between matches. This enabled the team to win six of the remaining seven matches, for a final record of 6-3. This put Vertigo in sixth place for the division.

“In general, the team is hyper-focused,” said Chay. “With so much to do to get ready for the competition, there was little time for distraction.”

He explained that the team arrived in Iowa on the evening of Wednesday, March 14, and devoted time to fixing the robot’s jewel arm and working on programming. During the tournament Vertigo had little downtime as the team had to interact with other teams and judges, and compete in matches.

After winning the state tournament in February, Vertigo determined that they had reached their robot’s “maximum possible performance,” so  they decided to build a brand new robot.

“The new robot that debuted at North Super Regional was similar in design to our state robot, but we tweaked and improved every aspect to ensure that it was the optimal design,” said Chay. “These improvements included a complete redesign of our intake mechanism, and the transition from four wheels to eight for the drivetrain of our robot.”

He added that it’s the constant iterating and tweaking that has allowed Vertigo to excel, because the team can test multiple ideas until they find the one that works best.

This is Chay’s fourth year participating in FTC and HP Robotics. During his freshman and sophomore years, he was the lead programmer of his team. Then Chay decided to form a new team, Vertigo, and asked Benny Cohen, now a junior, to join him as the co-captain.

Next fall, Chay plans to major in computer science at the University of Illinois at Urbana-Champaign.

Chay explained that the quality of teams at the World Championship is exceedingly high and teams are able to move on through the competition by either winning tournaments or by earning awards. “As awards are generally subjective, it is difficult to consistently win awards at higher levels of competition, which means that more of the teams competing advanced by having a good robot,” said Chay.

He noted the teams that earn awards usually have strong robots as well, and often excel in a specific award category. “In addition, the international and lottery teams attend the World Championship, lending a greater amount of variance to the match scheduling, both for alliance partners and opponents,” said Chay.

Chay is grateful for all of the friends he’s made through the HP Robotics Club. “Everyone shares a common passion, so we all have a common ground that forms a starting point for our friendship,” said Chay. “The other members of my team are all incredible, and we are far more than just a team.”

Jonathan Weiland, biology teacher and robotics coach, told DailyNorthShore despite the fact that Vertigo has been working hard often putting in four to six hour days and more than 12 hours a day on weekends, the team still needs to raise more funds toward the drive to the World Championship.

“To run a competitive robotics program at the World Championship level requires a significant investment and we are hoping to raise $4,000 to support the team effort,” said Weiland.

Online donations can be made at  http://bit.ly/2pCihar .  For more information contact Jonathan Weiland at [email protected] . 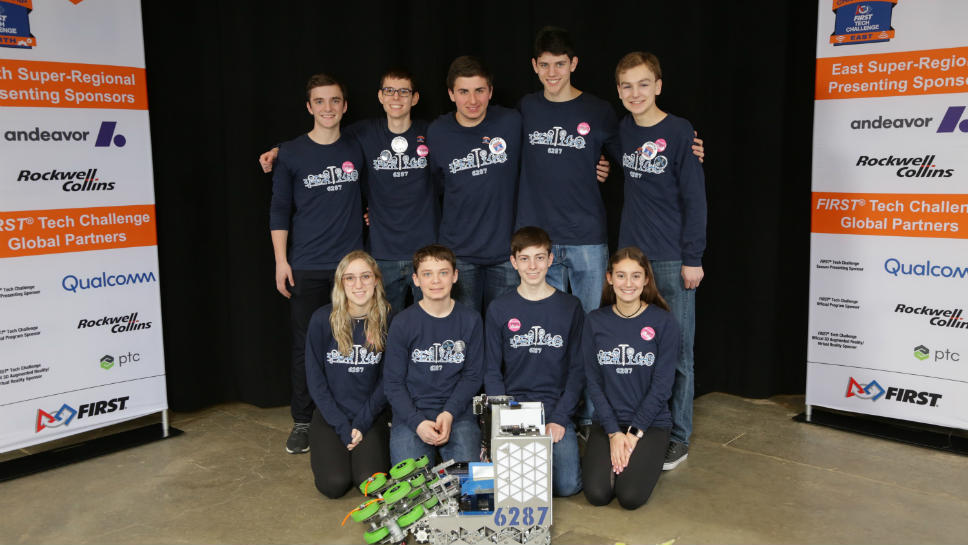 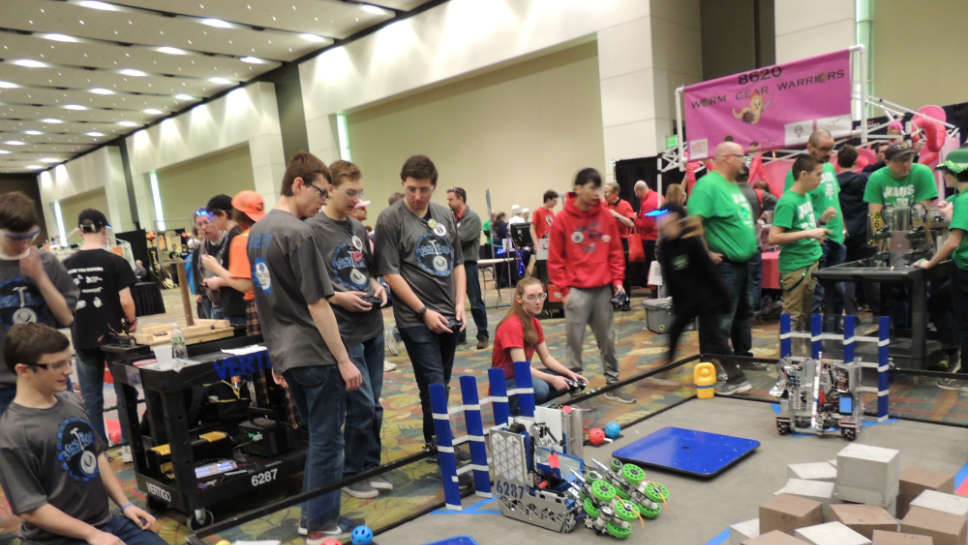 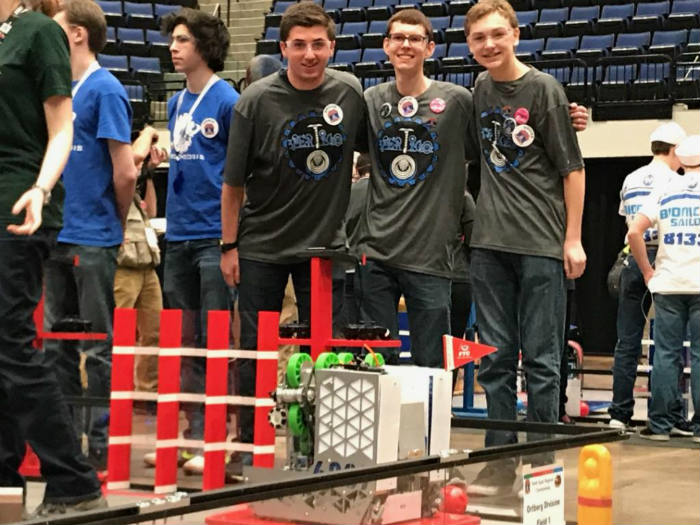