The JWS Ovarian Cancer Fund is hosting its 6th annual WineHopsScotch! fundraiser on April 27 at the Evanston Art Center. The event is the main fundraiser for an organization founded by Wilmette resident Tom Schaffner, who is on a mission to raise awareness and support innovative research of a disease that took his wife’s life seven years ago on New Year’s Eve.

Julie Schaffner was in her mid-50s and the mother of three children when she was diagnosed with ovarian cancer. She was treated at Advocate Lutheran General Hospital, where she had spent 25 years working and served as the chief operating officer.

“Julie was familiar with the cancer programs at Advocate Lutheran and involved with them,” Schaffner told DailyNorthShore.com.

A lifelong nurse, she was known for her advocacy of the profession and her leadership at Advocate Lutheran. Even as a patient, she worked with her husband to establish a framework for a namesake organization that would continue to advocate for patients. Thanks to her husband’s dedication to the organization — and help from numerous friends and neighbors — the JWS Ovarian Cancer Fund has continued to grow over the years and supports important research. 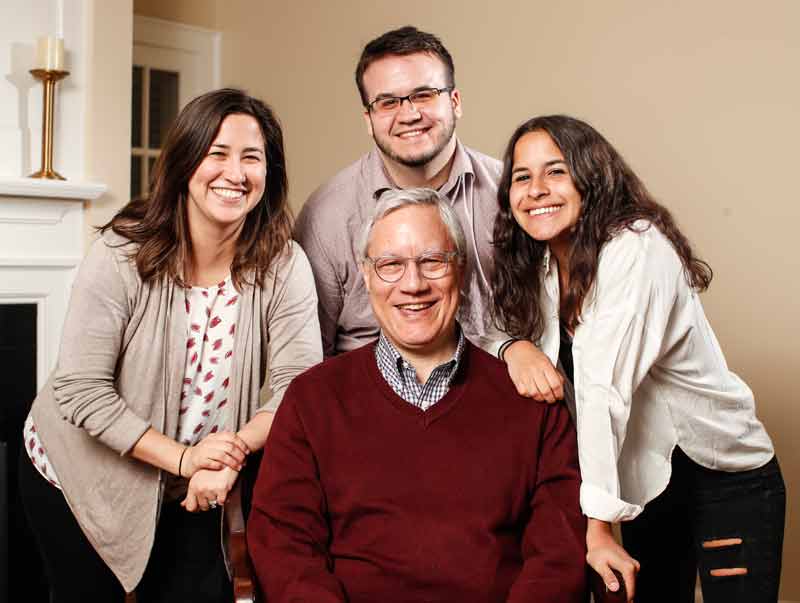 Known as a “silent killer,” ovarian cancer rarely has symptoms in its early stages, often going undetected until it has spread to the pelvis and abdomen, and by then it’s difficult to treat, according to the Mayo Clinic. Approximately 75 percent of women with Stage III or Stage IV ovarian cancer die.

Proceeds from the WineHopsScotch! have funded ovarian cancer research at the University of Illinois, as well as Advocate Lutheran’s Cancer Survivorship Center. The center provides a place for cancer patients to go after treatment, with others who have a shared experience.

“The center is a wonderful place where cancer patients can go to learn how to live their lives while they survive cancer,” Schaffner said. Julie not only went to the center when she was a patient, but also helped to establish it. “Julie was a big supporter of it and helped get that going.”

Schaffner has deliberately kept the organization’s focus local. Neighbors and friends make up “Julie’s Group,” a committee charged with organizing the yearly WineHopsScotch!, which typically raises about $50,000. The Schaffners’ three children all work in the organization, with the oldest daughter serving as president of the board.

“It’s really brought us closer to our neighbors and friends who have really been supportive. We like to give back to the community too,” Schaffner said.

This year’s WineHopsScotch! will offer guests with an assortment of wines from the Wilmette Wine Cellar, local craft beer, as well as scotch and bourbon to taste. New this year, the event will also be serving three types of popular tequila: Corazon, Siete Lequas and Casa San Matias Tahona.

Artists from the Evanston Art Center will be hosting interactive demonstrations in their craft such sketching or ceramics. There will also be two jazz bands, plenty of gourmet food and an auction, but the focus will be on raising awareness and funds.

The WineHopScotch! is on April 27 at the Evanston Art Center. For more information go to www.jwsfund.org.