This semester, students and teachers at The Glenbrooks are beta-testing three innovative classroom designs that will dramatically impact the high school learning experience for years to come.

During the first week of March, D225 administrators unveiled a total of eight new classrooms – four at GBN and four at GBS – each constructed using one of three design prototypes across four subjects, including math, language arts, social studies and world languages. Students and teachers will begin testing the redesigned spaces to assess their impact on learning and wellbeing.

The prototype- testing period will conclude June 8, when recommendations on final classroom learning space designs will be delivered to D225 administrators based upon feedback from participating students and teachers. The new classroom designs would then be rolled out across a broad spectrum of academic disciplines over the course of three years.

“This type of redesign is happening across all industries, not just education,” said Ryan Bretag, Director of Instructional Innovation for District 225. 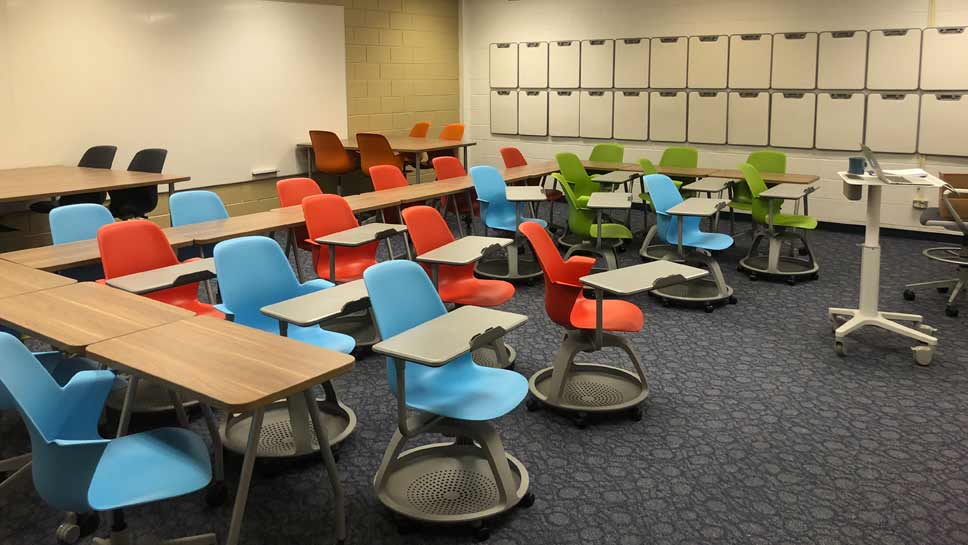 “Teachers were positioned at the front of the classroom where information was delivered to students to consume,” said Bretag. “Today’s schools are now shifting to a different learning model. Classrooms are highly collaborative… they’re more student centric, active and engaging.”

According to Bretag, high school curriculums and student learning experiences are vastly different than they were sixty years ago, and yet the look and feel of the classroom has remained static.

“Technology is another layer… another facet,” said Bretag. “We need to be flexible and agile.” 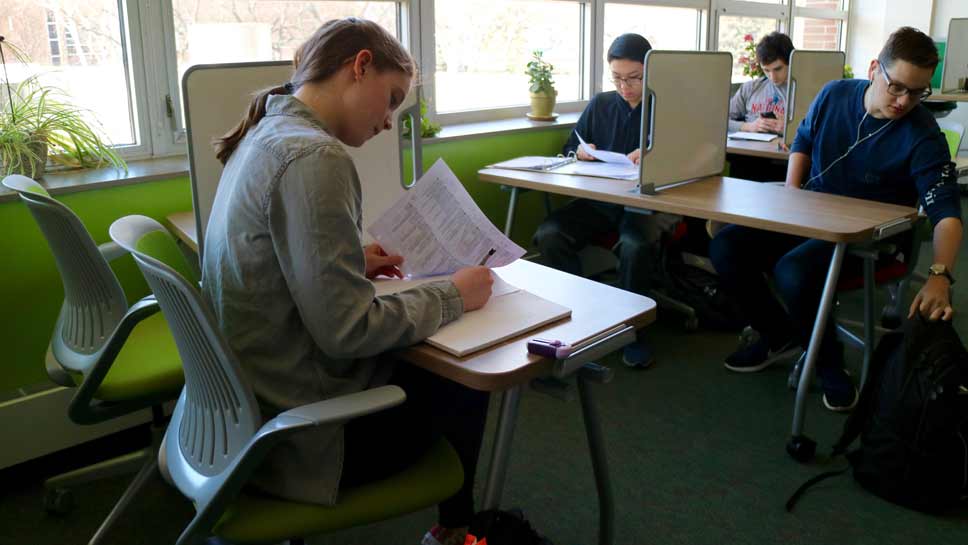 The project is being led by D225’s Learning Space Expedition Team, comprised of a diverse group of teachers and administrators, which spent the summer and fall of 2017 researching the impact of spaces, neuroscience, ergonomics, design, color, and biophilia, on student learning and wellbeing.

“This has been a two year process, “ said Bretag. “The Team has been working within the two high school buildings to select the four test departments as well as a group of teachers who were willing to take this journey.”

Student wellbeing also played a large role in the conception and design of new classroom prototypes. The new classroom configurations, said Bretag, will allow choice for where and how students work over the course of a 90-minute block.

“Each academic department will have different spaces with different experiences,” said Bretag. “You may even see multiple types of learning spaces within the same classroom.” 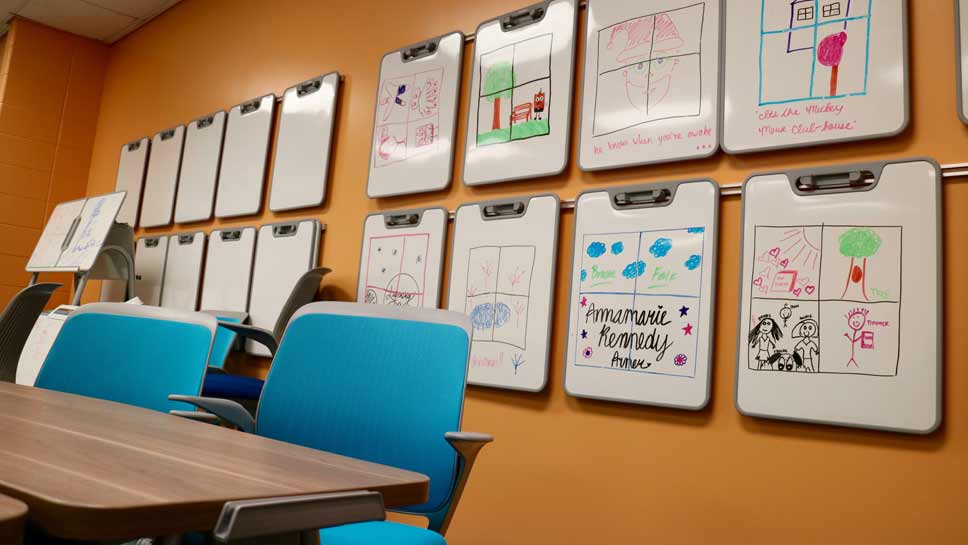 The eight fully redesigned prototype classrooms are already making an impact, just one week into the testing period.

“We had one student walk in, look around and say, ‘This looks just like Google… we’re just missing a slide,’” said Bretag. 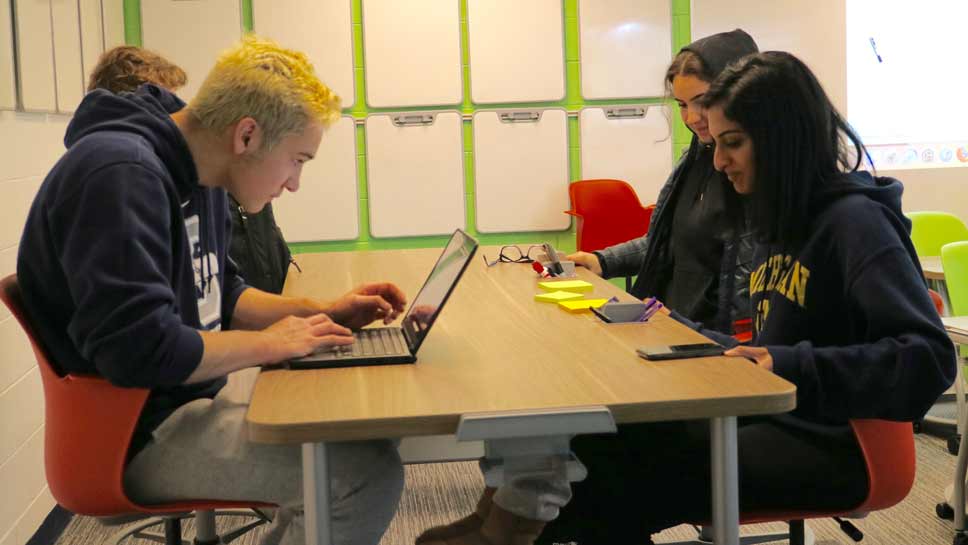