Northbrook resident Bill Buttimer has been a life long patron of the YMCA.

A self-described “military brat” who bounced from town to town every two years as a child, Buttimer and his family would unpack their moving boxes and then search out the nearest Y.

“For me, joining the local Y was a way of getting embedded in a new community,” said Buttimer. “My first swimming lesson was at a Y in Denver. I joined my first swim team at a YMCA in Montgomery, Alabama.”

As the North Suburban YMCA (NSYMCA) kicks off its yearlong 50th Anniversary celebration, loyal members like Buttimer are taking stock of the Y’s long history, as well as its invaluable contribution to their lives.

For five decades, the NSYMCA’s 80,000 square foot home base on Techny Road in Northbrook has played a vital role in the community, providing fitness facilities, swimming lessons, art classes, child care, and summer camps to thousands of local residents of all ages and socio-economic backgrounds. On any given day, the NSYMCA may be holding swimming lessons for special needs students, leading group yoga classes for seniors, or teaching coding to kids. What’s more, the NSYMCA’s classes are available to everyone in the community, regardless of their ability to pay. 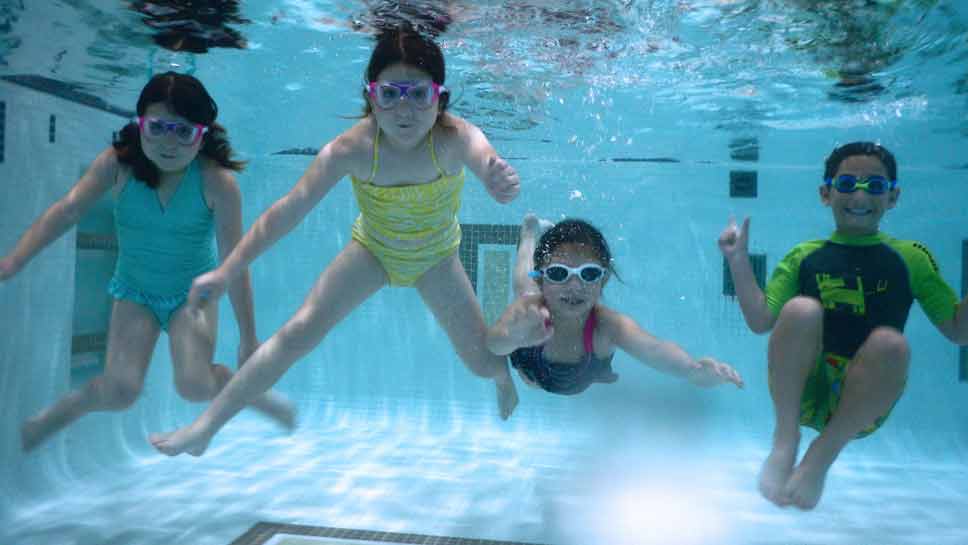 The North Suburban YMCA is celebrating 50 years with a splash.

Buttimer and 500 other NSYMCA supporters just capped off the organization’s annual Strong Kids dinner on March 8th at Pinstripes in Northbrook, where attendees raised nearly $400,000 to subsidize memberships and programming for the new fiscal year.

“One in four people who walk in the Y’s door are receiving financial assistance,” said the NSYMCA’s 50th Anniversary chair, Laurie Shults. “They could be your neighbors…you just never know.”

Founded by Ken and Alta Thiel in 1961, the NSYMCA sponsored a variety of youth and family programs at various sites around Northbrook. A multiyear fundraising effort culminated in the construction of the Y’s current building at 2075 Techny Road, which opened in 1969.

To celebrate it’s golden anniversary, the NSYMCA will kick off a series of new strategic initiatives to guide and grow the non- profit, non-tax supported organization to serve the local community’s changing needs, and secure its financial future for another 50 years.

The NSYMCA’s 50th anniversary initiatives are as inclusive and diverse as the organization itself. Among those programs to be launched in the coming year: a water safety program for 2nd graders called “Too Seconds, Too Long;” a new suite of chronic disease prevention programs; upgrades and expansions to the existing facility including a new pool pump, HVAC system and roof replacement; and the establishment of a long-term endowment fund.

“The Y is not just another place to work out or swim; it seems to improve the lives of people of all ages throughout the community, said Howard Schultz, NSYMCA’s CEO since November 2006.  “The Y is a movement. It doesn’t stand still.”

With 8500 members and 13,000 program participants across 15 different zip codes, the North Suburban YMCA is a thriving, vibrant model of success, lauded by the Y-USA umbrella organization for its modern, renovated facility, generous scholarship fund, and balanced budget. But Shultz remembers the year he took over as CEO, when the NSYMCA faced an uncertain future. The combination of faltering leadership, an aging building, and $2.3 million of debt left Northbrook’s Y chapter teetering on the brink of closure. Membership had dropped to just 1100 people.

“During the 1990’s the Y ran into a lot of competition from for-profit gyms,” said Schultz. “We had to dig ourselves out of a hole.”

As the NSYMCA’s newly minted CEO, Schultz had just four months to raise enough money to pay its debtors. In the end, Schultz and his Board of Trustees raised $3.1 million, enough to pay the organizations’ debts and undertake vital repairs and upgrades to its 40-year old building.

In the end, said Schultz, the Northbrook Y chapter came out stronger and more relevant than at any point in its long history. To date, the Y’s capital campaign has raised $5.8 million within the community, enabling the organization to undertake a multitude of improvements, including paying off its mortgage; creating a new KidZone play area; remodeling the facility’s lobby and bathrooms; and building the most handicapped accessible playground between Northbrook and Gurnee.

“We are your neighborhood community center,” said Schultz. “We’re there for everyone. It’s a place where people can become a better version of themselves.”

NSYMCA’s wide range of programming is a reflection of the diverse community it serves. Today, Members of the North Suburban YMCA–formally known as the Young Men’s Christian Association – are just as likely to be female, Muslim or Jewish as they are to be male and Christian. Group swimming lessons are taught in seven different languages.

And just like the days when Bill Buttimer’s family enrolled at their local Y soon after pulling into a new town, the North Suburban YMCA is still the first stop many new residents make after relocating to the North Shore.

After Laurie Shults moved to Northbrook from Chicago in 1998 with her husband and three-year old daughter, she asked friends and neighbors about local toddler classes.

“When we hit town, word was, you’ll find everything you need at The Y,” said Shults.