The appointment of Mr. Kurtz comes after a search process that consisted of a series of interviews with a stakeholder selection committee. The committee included parents, students, staff, and administrators. Incoming Superintendent Dr. Michael Lubelfeld and incoming co-Edgewood Principal Ms. Heather Schumacher were also involved in the process.

“We are delighted to welcome Mr. Kurtz and feel he will bring a tremendous amount of positive energy and enthusiasm to Edgewood Middle School and the entire District 112 leadership team,” said Dr. Monica Schroeder NSSD112 Deputy Superintendent. “He was a standout during the interview process because of his collaborative leadership approach and the importance he places on both the climate and culture of a school as well as using data to make the right decisions for students.”

Since 2016, Mr. Kurtz has served as an Associate Principal and led several initiatives aimed at enhancing staff engagement, student growth, and helping make innovation a key priority at Shepard School and District 109. While serving in this position, Mr. Kurtz mentored teachers across many disciplines, oversaw the use of assessment data to ensure student-centered decision-making, and fostered positive school culture and extracurricular involvement as school athletic director. Mr. Kurtz also led many district-level initiatives. Among these posts he headed the District 109 Furniture Committee and facilitated the process to invest $600,000 in innovative collaborative learning furniture and material. 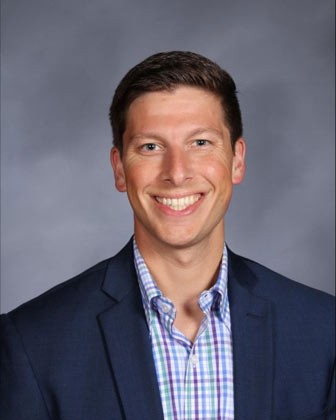 Mr. Kurtz began his career in education in 2009 as a teacher at Maple School in Northbrook/Glenview School District 30. During his time as a teacher Kurtz fostered a classroom environment of innovation and student growth. He also served his school and district-wide community as a member of many different committees and teams. These include a member of the Building Leadership Team, Summer School Assistant Director, Staff Development Committee member, Parent-Teacher Advisory Council member, Response to Intervention Committee member, Building Technology Committee member, and Environmental Committee District Representative, and Athletic Director, among other areas. Mr. Kurtz earned a Bachelor of Science degree (Elementary Education, Biology Concentration) from University of Illinois in 2009, a Master of Education degree in Instructional Leadership from University of Illinois in 2011, as well as a Master of Education degree in Educational Administration with Type 75 Certification from Northern Illinois University in 2013.

“I am thrilled for the opportunity to begin collaborating with Edgewood’s outstanding and dedicated students, staff, and community members this upcoming school year,” said Mr. Kurtz. “Together we will ensure that each student receives an optimal educational experience by focusing on achieving academic excellence and fostering a joyful culture throughout Edgewood Middle School. I look forward to getting to know the members of the Edgewood community and having open discussions to continue and build upon Edgewood Middle School’s history of excellence.”