If you’re traveling for spring break – and if you’re not – T-Ann Pierce has three words for you: Watch your drink.

Watch it no matter what you order, whether it’s a beer, a gin & tonic or a simple ginger ale. Earlier this month Pierce, a 51-year-old mom of four from Lake Forest, was visiting with her cousin at a bar in Washington D.C. when someone laced their drinks. They blacked out and were robbed of their wallets, cell phones, jewelry and more. Her arms were badly bruised, she has a concussion from being shaken, and she has only vague, horrific memories of what transpired that night. (You can read about her experience in her own words on DailyNorthShore.)

Pierce and her cousin were “roofied”. That’s the term that’s used when someone drugs another person with nefarious intent. It’s been associated with sexual assault since the 1980s, but criminals also “roofie” people to rob, kidnap and commit other heinous acts. Cell phones and all of the personal information they contain are especially prized.

And spring break is prime time.

What does “roofing” mean?

“Roofie” is a street name for Rohypnol, the trade name for the drug flunitrazepam, which is one of several substances – illegal and illicit – that depress the central nervous system, make victims weak and confused, and cause temporary memory loss. Rohypnol is banned in the U.S., but in other countries physicians prescribe it to treat people with severe insomnia or as a general anesthesia. Other blackout drugs include GHB and Ketamine, both legal in the U.S. GHB is sometimes used to treat narcolepsy, a sleep disorder, while Ketamine is a horse tranquilizer, said Dr. Laura Parise, an addiction psychiatrist at NorthShore University HealthSystems.

Where do people get them?

Criminals get these from drug dealers, on the internet’s dark web, by robbing physician and veterinary offices, or by obtaining them in other countries. But you don’t need illegal or off-label drugs to incapacitate someone. On the North Shore and many communities throughout the U.S. you can find alternatives in home medicine cabinets and liquor cabinets.

“The Number 1 date rape drug in the U.S. is alcohol,” said Dr. Aaron Epstein, director of the emergency department at Northwestern Medicine Lake Forest Hospital. Also high on the list of drugs that cause victims to black out are prescription medications such as Xanax, Valium and Ambien.

That’s right: Your spring break margarita could be laced with commonly prescribed anti-anxiety and sleep meds.

What happens to your body when you’re roofied?nm

All of these drugs, as well as too much alcohol, cause sedation, muscle relaxation and anterograde amnesia, which means that once the drug takes effect, the victim doesn’t have the capacity to remember the events that occurred until the drug metabolizes, said Dr. Epstein.

People who use Rohypnol describe the drug as “paralyzing,” according to the Foundation for a Drug-free World: “The effects start 20 to 30 minutes after taking the drug, peak within two hours and may persist for eight or even 12 hours. A person can be so incapacitated (made unable to act) they collapse. They lie on the floor, eyes open, able to observe events but completely unable to move. Afterwards, memory is impaired and they cannot recall any of what happened.”

While Rohypnol’s effects can last up to 12 hours, Xanax, Valium and Ambien last three or four hours; with all of these drugs the effect depends on how much of the drug was consumed and what else the victim ate and drank that day.

“You can wake up in an alley or in someone else’s bed,” said Dr. Epstein. “You wake up and you are like, what? I feel weird, I feel hung over, maybe I drank too much. You question yourself. And then you think, wait a minute: I don’t remember what happened. Did I drink something? Was I drugged?” 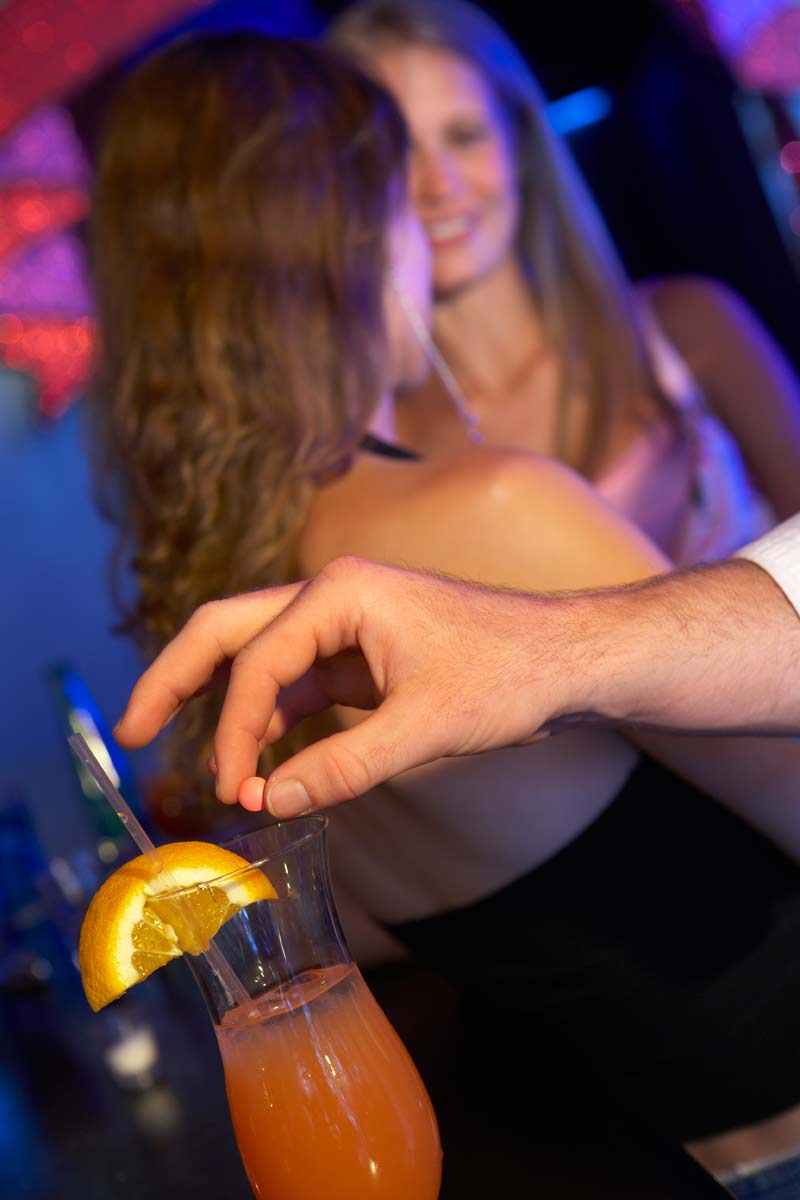 To avoid being “roofied”, drink out of a closed container like a bottle or can. Always keep your eyes on your drink and never put it down. Also, be familiar with the people around you; make sure you are with people you trust in a safe environment. “The things we learned kindergarten come into play,” said Dr. Aaron Epstein of Northwestern Medicine Lake Forest Hospital.

Other than blacking out, what other risks does being “roofied” pose to a person’s body/health?

When you are sedated unknowingly, the list of what can go wrong is long. For one, the risk of overdose is extreme because what is good for one person is not good for all.

“If you slip the same drug to a 75-pound girl vs. a 300-pound man, the big guy may be groggy but the girl who was drugged may stop breathing and die,” said Dr. Epstein.

Add the drugs to alcohol, and the risks are even greater – in addition to lower heart rate, dizziness, vomiting, and loss of muscle coordination the victim can suffer a seizure, lose consciousness, fall into a coma – even die, said Dr. Parise. “Rohypnol is a central nervous system depressant. All those things that keep you awake and alert and alive – those things get depressed.”

What else can happen? You can be so sedated that you fall, suffering head trauma or other bodily harm. You can wander into a busy street and get run over. You can leave with someone you otherwise wouldn’t have. You could get behind the wheel of a car and hurt or kill yourself and anyone who comes in your path. …

How fast do these drugs act?

Very fast – from almost immediately to up to 20 or 30 minutes after being ingested, depending on what drug was used, what you ate that day and how much you’ve been drinking.

Is it possible to know you’ve been drugged before the effects really kick in?

Early warning signs of being “roofied” are very difficult to ascertain, especially if you, the victim, are already drinking alcohol or doing other drugs.

As the blackout drug is setting in, you get calm, then tired, then mental confusion, then altered consciousness, said Dr. Parise. “You slur your words,” she added. “You might notice that you feel really tired all of a sudden. It impairs your reaction time, and you start moving very slowly. You might be impaired so much that you say nothing. You feel disoriented.”

There’s usually not enough time for the victim to grasp that he or she has been drugged.

What should you do if you think your friend has been drugged, or even a stranger; how do you help someone? Do you take them to the ER right away? Wait for symptoms to start showing?

This is difficult to discern, and Dr. Epstein, the ER doctor, said it depends on the situation. The vast majority of blackout cases, he said, are “just alcohol, alcohol, alcohol. As a former bar tender in medical school, I can say that if someone is obviously intoxicated, nine times out of 10 it’s from alcohol.”

But what if it’s not?

If someone is exhibiting strange behavior inappropriate to the situation – for example, if she only had one beer, and she is acting much more intoxicated, and/or if her judgment seems altered and you suspect she’s been drugged, get help right away (you can substitute the pronoun “him” into that sentence, because men get roofied, too.) By all means, don’t leave your friend alone or with someone else.

Getting help is the only option, said Dr. Parise. “There could be impending severe consequences, so dial 911 or go to the ER. Don’t’ waste time waiting to see if something has changed. You need to react. Don’t take it lightly. Respond to it.”