NORTHBROOK – The 12th Annual Ken & Alta Thiel Strong Kids Dinner on March 8 brought the community together for a relaxed and social evening that embraced a larger goal: keeping programs at the North Suburban YMCA available to children and families in financial need. Approximately 450 members and friends of the YMCA gathered at Pinstripes in Northbrook for delicious food, enticing auctions, and lively games and raffles. The event has raised over $3 million over the past 12 years, including netting approximately $225,000 this year, to provide scholarships that make Y camps, classes, and other programs affordable for all.

As a centerpiece of the event, the Y presented its Thiel Award for Social Responsibility to Whitehall of Deerfield and Ashley Blankstein-Delaney, Whitehall’s Director of Business Development. She was recognized for her personal devotion to volunteerism in the community, including significant commitments to the YMCA. Whitehall has been a major sponsor of Y events, including Seniorpalooza, Wheels vs. Wheels, and the Strong Kids Dinner. Blankstein-Delaney accepted the award from Alta Thiel, who founded the NSYMCA with her husband Ken over 50 years ago.

The event also featured moving personal stories of how the Y changes lives. Grace Lombardo of Northbrook shared how the Strong Kids Fund made it possible for her children to enjoy summer camp in 2016, while she was undergoing multiple surgeries and chemotherapy for breast cancer. Now doing well, Lombardo thanked the Y for giving her children happy experiences during a difficult time for her family, and encouraged guests to donate so that other families can receive the same support.

WBBM-FM News Anchor Lisa Fielding volunteered her time to emcee the event, which featured a live auction conducted by Sunset Foods’ Ron Bernardi. Special recognition was given to police officers, fire department officials, and military service personnel in attendance, who Fielding honored as heroes for preserving the safety of the communities.

For more information about ways to support the North Suburban YMCA, visit NSYMCA.org. 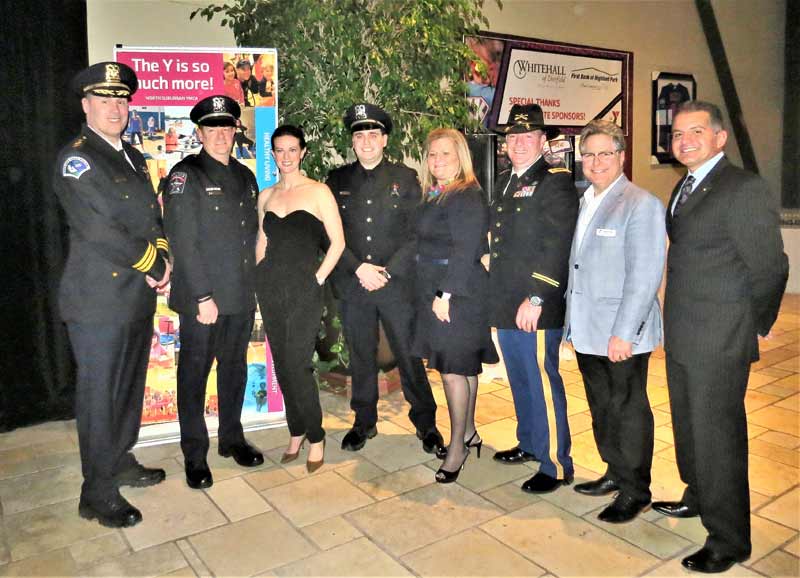