(Updated at 1:30 a.m. March 21) Douglas Bennett of Deerfield earned the right to challenge Rep. Brad Schneider (D-Deerfield) for opportunity to represent the 10th Congressional District in the United States House of Representatives in Washington.

Bennett won the March 20 Republican primary in a three-way race with 36.3 percent of the vote narrowly defeating Jeremy Wynes of Highland Park who had 34.7 percent, according to the websites of the Lake and Cook County clerks. Sapan Shah of Libertyville finished third with 29.0 percent.

Schneider was unopposed in the Democratic primary earning 56,988 votes to the total Republican count of 29,834, according to the websites.

The 10th District includes all of Lake Forest, Lake Bluff, Highland Park, Highwood, Glencoe and Deerfield as well as parts of Northbrook and Glenview in the DailyNorthShore.com coverage area. It also stretches along Lake Michigan from Glencoe to the state line. It includes much of Lake County and some of northwest Cook County. 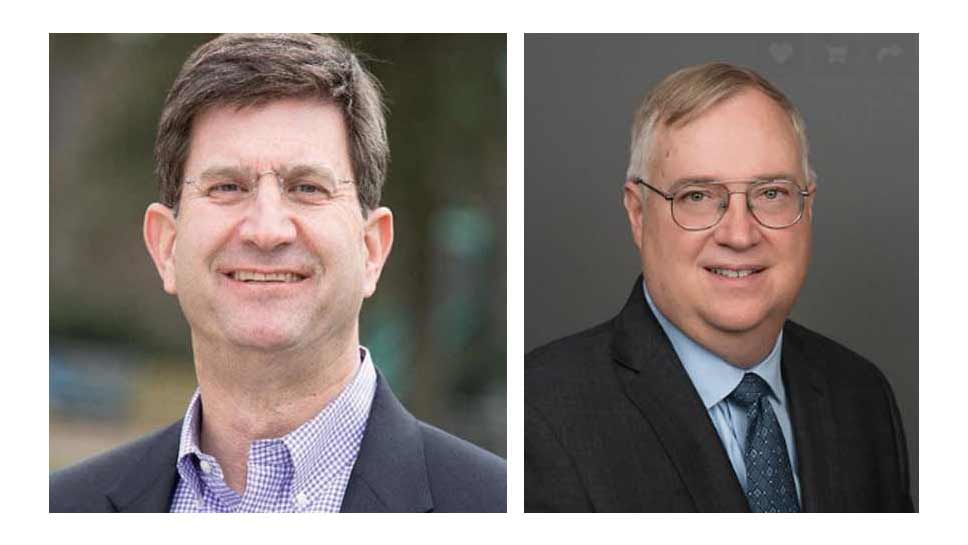 From left, Rep. Brad Schneider and Douglas Bennett of Deerfield.

In the contest to face Rep. Jan Schakowsky (D-Evanston), who was unopposed in the Democratic primary in the 9th Congressional District, John D. Elleson of Arlington Heights is the apparent winner of the Republican primary, according to the Cook County clerk’s website.

With all 314 precincts reporting, Elleson has 40.32 percent of the vote with Sargis Sangari of Skokie in second place with 30.99 percent. D. Vincent Thomas Jr. of Evanston compiled 19.07 percent while Maxwell Rice of Glencoe had 9.62 percent.

The 9th District represents all of Winnetka, Kenilworth, Northfield and Wilmette as well as parts of Glenview and Northbrook in the DNS coverage area. It contains Evanston, Skokie, part of the North side of Chicago as well as stretching into the northwest suburbs.

Jennifer Gong-Gershowitz of Glenview is the apparent winner of a five-way Democratic primary for her party’s nomination for the 17th District seat in the Illinois House of Representatives, according to the Cook County clerk’s website. She will face Peter Lee of Wilmette who ran unopposed in the Republican primary.

With all 78 precincts reporting, Gong Gershowitz won 36.55 percent of the votes while Candance Chow of Evanston had 33.69 percent. Mary Rita Luecke of Skokie was third with 16.65 percent, Alexandra Eidenberg of Wilmette had 8.4 percent and Peter Dagher of Skokie had 4.72 percent.

(Earlier at 8:45 p.m.) Jeremy Wynes of Highland Park slipped into a close lead over Douglas Bennett of Deerfield in the contest for the Republican nomination to represent the 10th Congressional District in the U.S. House of Representatives in the November 6 general election.

The winner will take on Rep. Brad Schneider (D-Deerfield) in the November 6 general election. Schneider was unopposed in the Democratic primary.

(Earlier at 7:55 p.m.) Douglas Bennett of Deerfield leads a three-way contest in the primary to secure the Republican nomination to represent the 10th Congressional District in the United States House of Representatives.

The winner will take on Rep. Brad Schneider (D-Deerfield) in the November 6 general election. Schneider was unopposed in the Democratic primary.

(Earlier at 4:30 p.m.) Early voting in the Illinois primary election March 20 is more than double what it was in the last off-year contest four years ago, according to Lake County Clerk Carla Wyckoff.

Based on voting during the first 10 hours of balloting, Wyckoff said she expects turnout to slightly exceed the 14 percent who participated in 2014.

DNS will also see how local candidates for statewide office are doing, including both state Rep. Scott Drury (D-Highwood) and Highland Park Mayor Nancy Rotering. Both are running for the Democratic nomination to replace outgoing Illinois Attorney General Lisa Madigan.

Keep checking here for those results and more once the polls close. 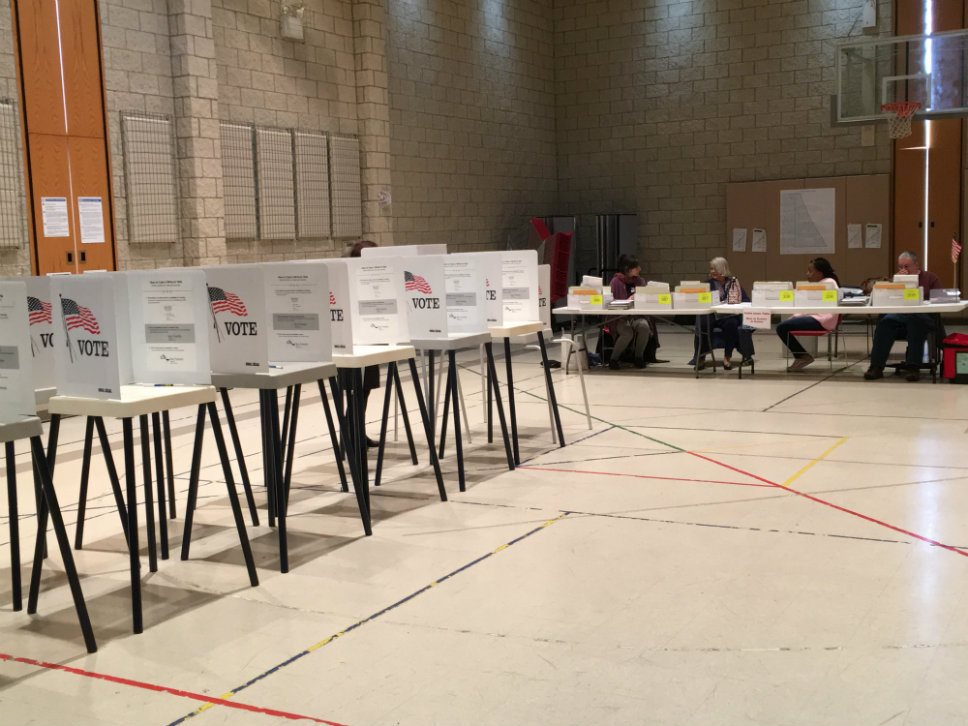 Polling places like this one opened at 6 a.m. March 20.