A flight attendant noticed Brendan and Lisa Watters could use a break from looking after their mischievous and fun-loving son, Benny, on a flight more than eight years ago.

The couple welcomed the reprieve.

Shortly thereafter the flight attendant shared some disconcerting news with the couple:

Brendan searched. So did Lisa.

The hunt ended when Brendan noticed Benny hiding beneath the seat of a passenger ahead of him. The tyke popped his head out into the open and laughed at his father.

Brendan Watters is doing just that at a table at Egg Harbor Café in Lake Forest. It’s one of his fondest memories of his son, who was diagnosed with Diffuse Intrinsic Pontine Glioma (DIPG), a rare tumor of the brainstem that occurs almost exclusively in children, and died from it 33 months later at the age of 5 in 2010. 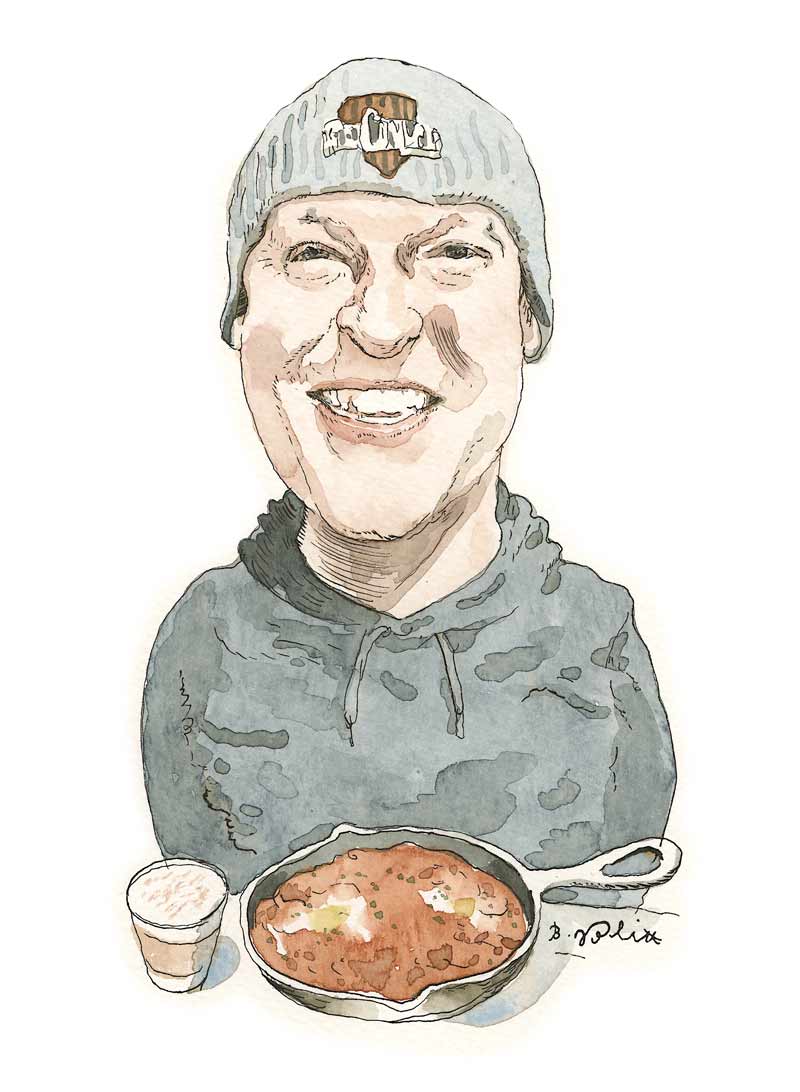 “Benny was sweet and cheeky, a wild child,” says the 46-year-old Watters, a Lake Forest resident and co-founder (with Chris Bradley) and CEO of The Kings & Convicts Brewery Co. in Highwood. “We set up a foundation [Benny’s World] before he died. Kids with DIPG normally live for only six months after being diagnosed. A death in the family can split a family; Benny’s death didn’t split ours [the Watters’ daughters are Bella, 17, and Lily, 15; son Sachin was born five years ago].

“You would have loved being around Benny,” adds the gregarious native of Dubbo, a city in New South Wales, Australia, after ordering cappuccino and Shakshuka (Moroccan spiced tomato-pepper-onion sauce and spinach with two free range eggs poached inside). “Benny loved life, loved baseball. When he couldn’t play baseball anymore, he told me, ‘My legs aren’t working’, so we watched baseball together on TV instead.”

Benny also loved being around his primary physician, Dr. Stewart Goldman of Lurie Children’s Hospital of Chicago, formerly Children’s Memorial Hospital. The pair hit it off immediately, and Goldman will never be able to see an image of Luke Skywalker without thinking of his young buddy; Benny often dressed up as the Star Wars character.

Late last year, The Kings & Convicts Brewing Co. held a contest for craft brewers to concoct a beer. The beer name of the winning entrant would be called “Stew’s Brew”, in honor of Dr. Goldman. Judges selected Zach Gelfand’s “light, crisp, tart brew,” Watters says. The Kings & Convicts hopes to sell 150 cases (at $75 per) of it at an event at the establishment’s brewery and taproom (523 Bank Lane in Highwood) on April 7 (1-4 p.m.), with all proceeds earmarked for Benny’s World and Dr. Goldman’s research at Lurie’s.

“The event is more about raising awareness about DIPG [a cancer for which there is no cure] than it is about raising money,” Watters says. “You want to hear something funny? Some members of Dr. Stew’s family think a beer named after him is the best thing that he’s ever accomplished. Dr. Stew … this guy is the best, known all over for his accomplishments in the field of medicine.”

Watters — a cricket, field hockey, squash and rugby player when he attended St. John’s College (grades 7-12) in Dubbo — met his future wife, Lisa, when the two attended the same class at the University of Technology in Sydney, Australia. Both won a green card lottery in the land Down Under and landed in the United States in 1998. They worked in Washington D.C. and Seattle before finding a home in Lake Forest. Lake Forest College’s football team and Lake Forest High School’s swimming and diving teams adopted Benny after his DIPG diagnosis.

Brendan Watters earned an accounting degree from the University of Technology and an MBA from the London School of Business and has attended the Siebel Institute of Technology, a world brewing academy in Chicago.

His favorite beer is Victoria Bitter, an Aussie lager.

“Our craft beers [at The Kings & Convicts] have unique names; they’re irreverent and anti-authority,” he adds. “Teddy Roosevelt, to me and my co-founder, was the toughest, greatest president. He called Highwood ‘the toughest town in America.’ Did you know that, mate? At Kings and Convicts, our beers have stories behind their names. Beer drinkers come in, have a laugh, learn something.”

I want to learn more about Benny. Watters shares some of his vivid memories of Benny’s final days.

“A month before he died,” the father begins, “Benny looked at me in his hospital room and said, ‘It’s time for me to go home.’ He knew … just knew. His last day, after he had lost the ability to speak, you should have seen the streams of visitors that stopped by to see him in our living room. The last group left around 10 p.m. Around 3 in the morning, his nurse started crying. My parents called from Australia and said goodbye to him.

“It was tough,” he adds. “At the end, four of us got together and cuddled him. He was such a likable kid, with an incredible ability to connect with kids and adults.”