More than 1,200 people heard a select group of neighbors, an expert and public officials including two members of the U.S. Congress explain why five miles of railroad holding tracks should not be built in Glenview, Northbrook and Lake Forest.

The speakers laid out their case March 12 at Glenbrook South High School in Glenview, stating that a proposed expansion of Amtrak Hiawatha service between Chicago and Milwaukee need not include holding tracks to allow faster passenger trains to pass slower freights.

Those in attendance also learned they will have an opportunity to lobby representatives of the decision makers during a public meeting this spring. The gathering was organized by the Village of Glenview. 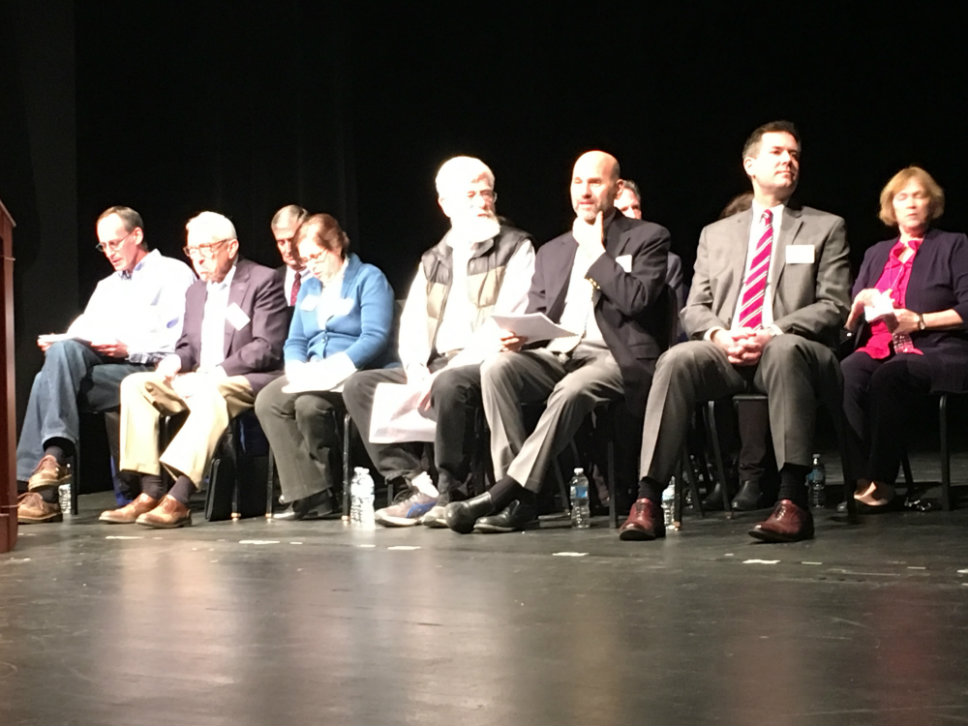 Glenview officials have been fighting the proposed infrastructure needed to accommodate the increased traffic for nearly four years, DailyNorthShore reported on September 30, 2016.

Lake Forest, Northbrook, Deerfield and Bannockburn joined the effort in October, 2016, when the FRA issued its Environmental Assessment detailing how it would accommodate freight and passenger traffic in the Chicago-Milwaukee rail corridor.

Brady said one holding track is approximately three miles long in Lake Forest stretching between just north of the city’s west side train station to Highway 176. The other spans Glenview and Northbrook between West Lake Avenue and Techny Road. Former Glenview Village President Kerry Cummings was emotional when she spoke as part of the citizen group.

“When we laid out our master plan one thing we did not envision was Glenview becoming a parking lot for freight trains,” said Cummings.

After the Environmental Assessment came out, all five municipalities along with Rep. Brad Schneider (D-Deerfield) and Rep. Jan Schakowsky (D-Evanston) asked the FRA to require a more detailed environmental impact study before the agency makes a final decision.

Once the lawmakers and towns filed their objections with multitudinous communications from residents, the FRA said it would issue a revised assessment. Brady said that is expected in April. Later that month or in May he said there will be another public meeting where people can make their feelings known to the FRA, IDOT and WisDOT.

The first speaker after Glenview Village President James Patterson opened the meeting, Libby Ogard, the president of Prime Focus LLC, a railroad consultant, said the holding tracks were an ineffective short-term solution to a long-term problem.

Recognizing that the Chicago area is the freight hub of North America, Ogard said most freight trains are close to 12,000 feet long, rendering a two-mile long holding track useless. She said railroads are making trains longer to reduce payroll. She also said there were better solutions rejected by the FRA in its assessment.

Holding Track ‘Is Just Not Feasible’

Glenview was united in its opposition to the holding tracks with Patterson, Cummings, Brady and Deputy Village Manager Dan Owen all talking about steps to fight the holding tracks along with representatives of the community representing varied constituencies. 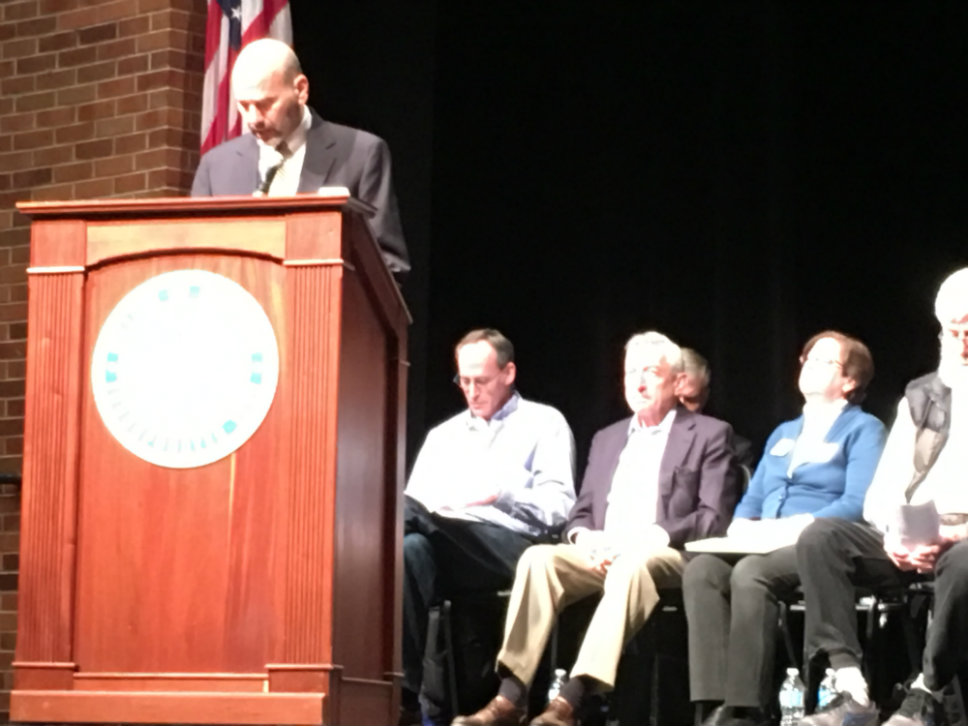 “Frankly, we won’t be able to start school on time,” said Schein. “The last thing we need is to delay first responders from getting to our school.”

Martin said delays caused by the holding tracks and a universal crossover near downtown Glenview will be bad for business.

Greg Dubofsky, who lives in an area that will be adjacent to the Glenview holding track, said the increased freight traffic over the last six years is already making a difference.

“We don’t have a straight hanging picture in our home,” said Dubofsky.

When the scheduled speakers were done, Owen asked and state Rep. Laura Fine (D-Glenview), Schakowsky, and Schneider to respond to the presentation.

“This is about the health and safety of the community,” said Schneider. “When the mayors or presidents of five communities call me in the same week I know it’s something we all have to get involved in.”

Schneider said after the meeting in a DNS interview he was impressed with the growth of public opposition to the holding tracks as evidenced by the crowd size. Schakowsky told some people afterward how she saw the fight progressing.

“We have to treat this like a political campaign,” said Schakowsky.

While most of the focus was on Glenview, Joanne Desmond of Lake Forest, who is one of the organizers of the Lake Forest ACTION Committee fighting the idea of the holding tracks, spoke as well. Along with some of the same concerns voiced by Glenview residents, she said she was worried about the impact of the holding track on the Middlefork Savanna.

“The Middlefork Savanna is a globally recognized ecosystem,” Desmond said. “It is a safe haven for endangered plants and wildlife.”

Some members of the Lake Forest City Council who attended the meeting — Aldermen Prue Beidler, Melanie Rummel, Michelle Moreno and Raymond Buschmann — and Desmond did not deny their city is not yet showing the same enthusiastic unity as Glenview. They expressed their wish unity will grow.

“I hope there is a willingness to work in consort for our priorities,” said Desmond in a DNS interview after the meeting.

Rummel said she is working with Desmond and the League of Women Voters of Lake Forest and Lake Bluff to organize a meeting similar to the one in Glenview.

“Everyone on the City Council and the mayor want to work on this,” said Rummel.

Click here for a listing of DNS coverage of the Amtrak Hiawatha expansion since September 2016. 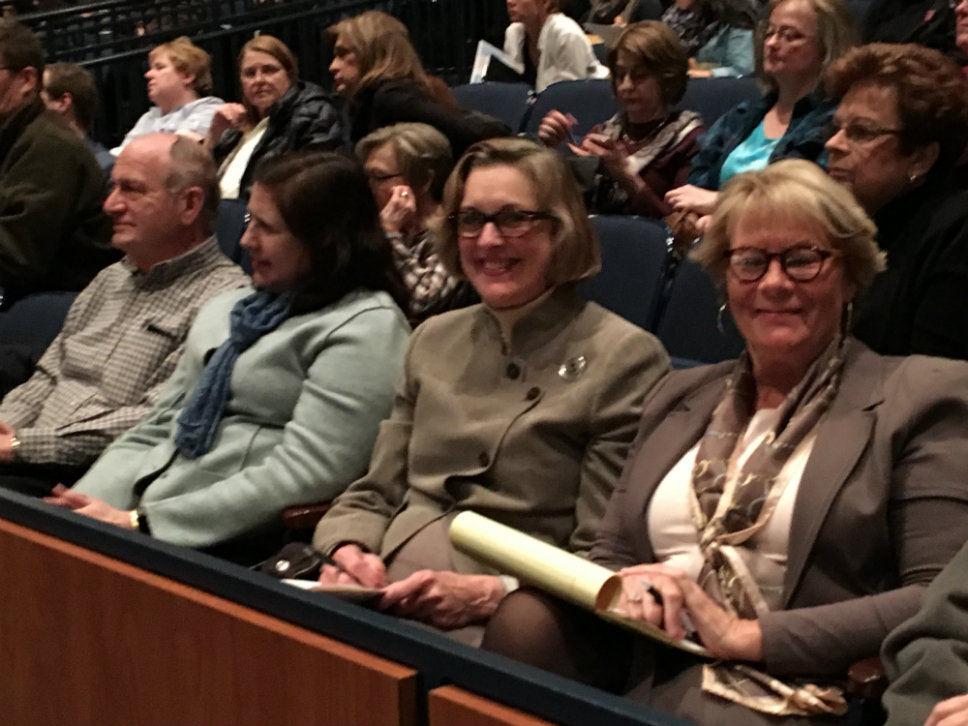 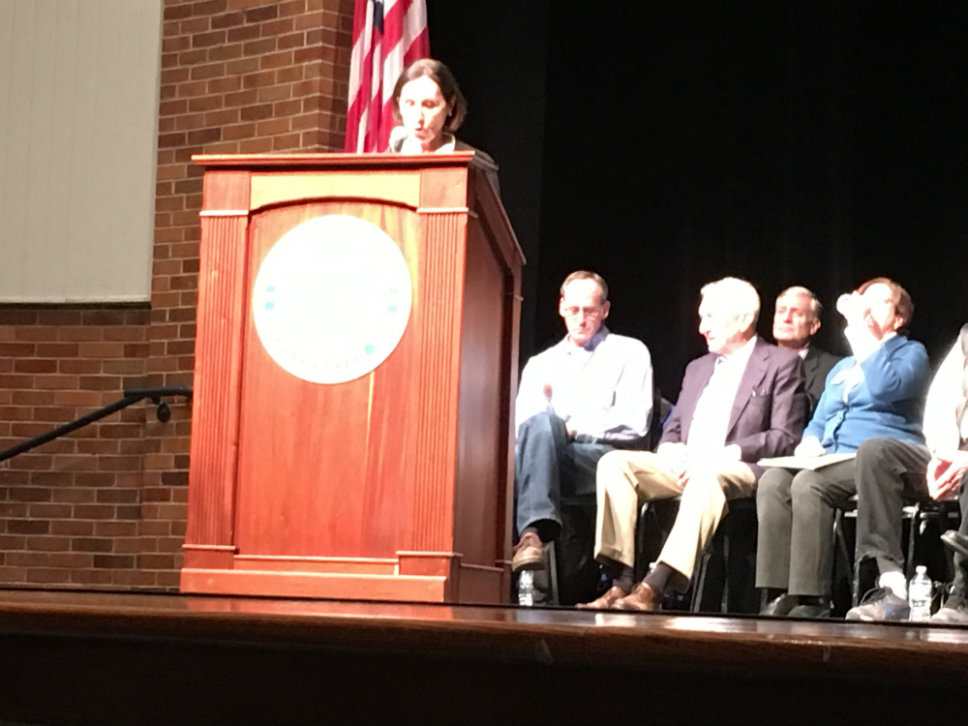