Pullia said Ravinia supports local businesses such as Ravinia Coffee Station and Ravinia Plumbing and would also be receptive to a brew pub. But, he said, the marketing for Ravinia Brewing Company has created confusion, as the brewing company is currently based in Chicago and selling in areas where the name “Ravinia” is synonymous with Ravinia Festival.

He added that the Ravinia Brewing logo “bears a strong resemblance to the Festival’s (an earlier version even depicted a violin), and the words ‘Brewing Company’ appear in disproportionately tiny lettering (see Ravinia’s Letter To The Editor of DNS) .”

Originally a royalty schedule and a waiver for the first two years of the agreement were included; however, “a subsequent conversation was held with the brewery in which we informed the owner that Ravinia was not interested in money, just the protection of our brand, and that we would waive all fees for the entirety of the licensing period,” said Pullia. “We volunteered our design staff, pro bono, to help the brewery create a less confusing logo.”

DailyNorthShore asked Ravinia Brewing Company to respond to the Letter to the Editor.

He said Ravinia Festival is “wrong on both the legal and ethical front” and Ravinia Brewing Company stands by their complete dismissal of their licensing agreement.

“Speaking of wrong facts, Ravinia Festival presents an old logo with a guitar (the middle picture) that was never used by Ravinia Brewing Company, because they did not want anyone confused with the festival,” said Tolpin.

When DailyNorthShore spoke to Ravinia Brewing Company’s Managing Partner Kris Walker and co-owner David Place last December, they said the brew pub was slated to open this spring. Brian Taylor is the third co-owner and all three men have ties to Highland Park.

Walker explained that the brew pub would brew beer on site and also would include a full menu with wine and spirits.

“We’re having a separate diner concept called Witty’s Refresher, so in some ways it’s going to be two restaurants in one,” said Walker. Witty’s Refresher is a soda fountain and old-school diner concept in Ravinia BBQ & Grill’s former bar area. The menu would feature coal-fired oven creations including pizzas and coal-fired wings, along with a selection of “pub grub.”

Place said Ravinia Brewing Company and Witty’s comprise one business with two concepts out of one operation.

Ravinia Brewing Company has a facility in Chicago that distributes beer to Abigail’s American Bistro, Norton’s and Beelow’s in Highland Park, as well as about 40 or 50 accounts across the Chicago area.

“We’re taking our inspiration from the Ravinia neighborhood, which started off as an artist colony, and we wrote about how the three pillars of creation, community and craft are unique in the way we approach everything about the brewery,” said Walker. “Our brewers are trying to make everything as natural as possible.”

Place added, “The important part is that we’re doing this to preserve a structure that’s a part of the Ravinia Business District in the history of Ravinia. We’re going to make it better without trying to make it look like a brand new place.”

What’s the next step for Ravinia Festival and Ravinia Brewing Company?

Pullia said Ravinia does want this new venture to succeed, and once again invited the co-owner of Ravinia Brewing Company to meet in person “in the hopes of achieving an amicable arrangement.”

“There is no resolution since Ravinia Festival has yet to release us from their claim of ownership or royalties of Ravinia Brewing Company,” said Tolpin. “We remain optimistic that Ravinia Festival will release Ravinia Brewing from claiming they own its trademark through a co-existence agreement where they will not challenge the brewpub’s use and ownership of its trademark,  or continue to ask for more money down the road.” 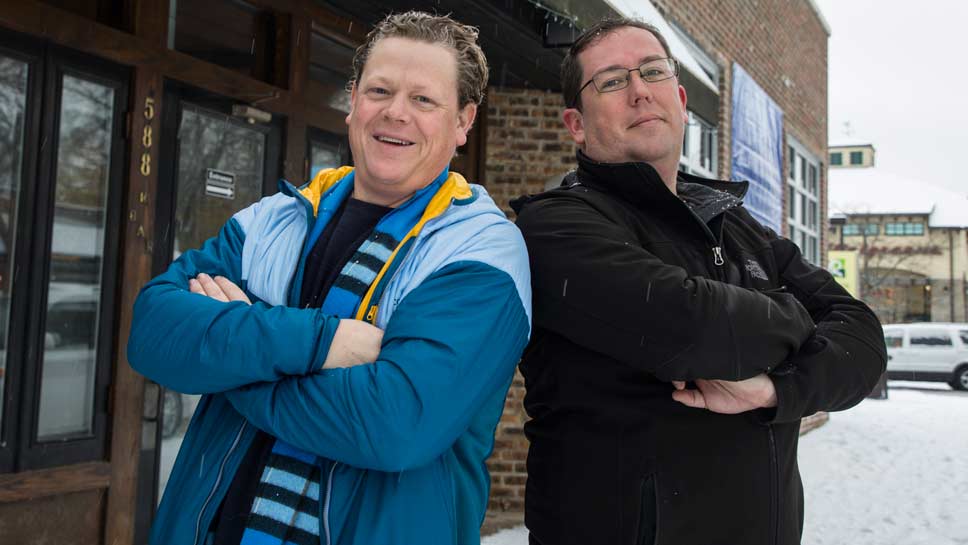