WILMETTE – With the McKenzie Elementary School Variety Show entering its 38th year, the parent-written, directed and performed show is just as popular as ever. This year more than 115 parent volunteers are spending their free time preparing for the show, which will run March 10-17.

While the Variety Show is the school’s largest fundraiser — it typically raises about $20,000 — it’s also an integral part of the school’s culture and its reputation extends well beyond the McKenzie community.

“It’s something that everybody in the school system knows about,” Clarke said.

Serving as both a top-fundraiser and community-builder is part of what makes the Variety Show a lasting tradition. “That is one of the fun things (about the Variety Show). We are contributing to the PTA, the school and our kids ultimately,” Sydney Regalado, the show’s producer, told DailyNorthShore.

This year’s show includes 25 singing and dancing numbers that are tied together by a common theme chosen by the director and parent volunteers the previous spring. It’s too early to reveal the theme this year — it is typically kept a secret until its revealed to students two weeks before opening night on a school bulletin board. But this year Clarke and Regalado are being especially coy about the theme, and don’t plan to fully reveal it until the show is performed.

While kids love the build-up to the big show and seeing adults on stage acting silly, for parents the show presents an opportunity to stretch their wings and try something new. 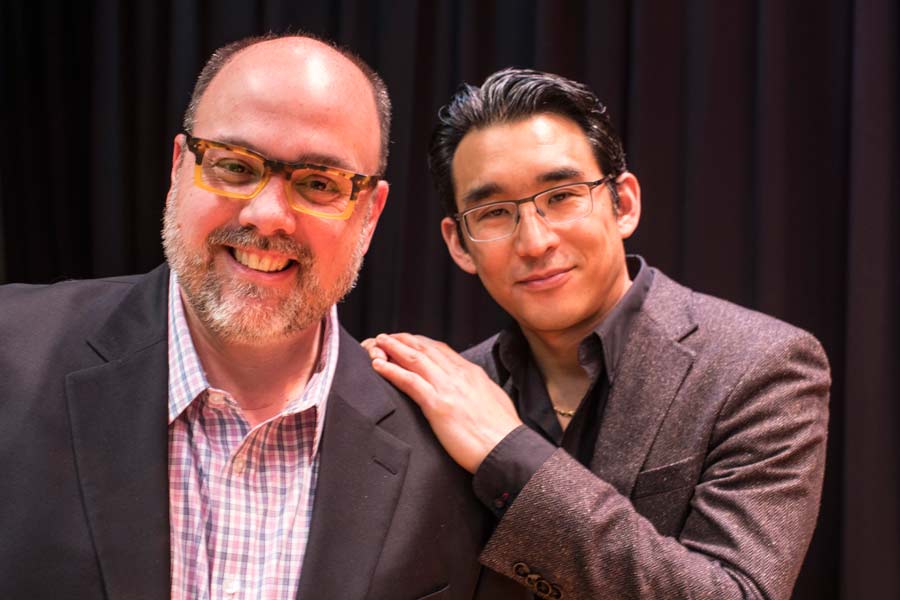 “Some parents have experience performing, but most have never performed before,” Regalado said.

Regalaldo, a physician, had no experience performing before getting involved with the show two years ago. “We work together and accept people where they are,” Regalado said.

Initially, many parents volunteer for the show because their kids want to see them on stage, Clarke said. New parent volunteers frequently become overwhelmed in the midst of rehearsals, but over time they feel a part of the cast and community and are hooked. “Everybody is in one-hundred percent. They are just sold on it. It’s like an addiction,” Clarke said.

While the Variety Show seems to grow in participation every year, increasingly a lot more dads have become involved with the Variety Show as well, Regalado said. In years past it was common to see women dominating most of the acts, but  now men are integrated throughout the show. Even the tap dance number includes dads this year, a first for the Variety Show.

Since the show has been running for such a long time, coming up with a new and exciting theme can be a challenge. “Trying to make the show unique, fresh and different each year without losing the underlying sentiment of the show, which is all about the kids, parents and community, is difficult,” Regalado said.

But each year McKenzie parents are up for the challenge, performing six sold-out shows, as well as free alumni and sensory-friendly shows. And local businesses get involved by reliably sponsoring the popular event. “It’s just a big community building experience from the local businesses to the school community,” Regalado said.

To purchase tickets go to www.mkenziepta.org.