New Trier Township High School students are organizing a walkout for March 14 in the wake of the tragic school shooting in Parkland, Florida.

The shooting at Marjory Stoneman Douglas High School left 17 people dead and has become a call to action for many high school students across the country. “For some reason this one really struck a chord, I think because it happened at a school similar to New Trier,” Jacob Imber, president of New Trier’s student government organization Student Alliance, told DailyNorthShore.

Immediately after the Parkland shooting, New Trier students began to talk about the issue of gun control and safety at school, Imber said. Members of the Student Alliance decided to organize the event to coincide with a National School Walkout organized by Women’s March Youth EMPOWER. The walkout will begin at 10 a.m. and last 17 minutes — scheduled to occur at the same time at high schools across the country — to commemorate each life that was lost in the Parkland shooting.

The goal is twofold: to stand with all victims of student gun violence and to show solidarity with students across the country, as well as to stand for a centralized effort to force legislators to listen to students.

“I think the biggest thing we can do is compel legislators to make a change,” Imber said.

While students are still ironing out the details, they plan to hold a moment of silence at the event to remember all who have lost their lives to school gun violence, and then read the names of the most recent victims, Imber said. Organizers also hope to attract  state legislators to the event to listen to students. Candace Chow, who is running for State Representative, has expressed an interest in attending, and students hope to possibly get Daniel Biss or Governor Bruce Rauner to attend, Imber said.

But the event is an opportunity for students to express their views, and so there will also be time to chant and hold up signs.

“Above all we are hoping to make legislators listen,” Imber said.

Word about the walkout is being spread organically through word of mouth and by social media. The Student Alliance held a special public forum at New Trier on February 27, where about 200-300 students attended to learn more about the event and provide input. Organizers estimate possibly 500 to 3,000 students could participate. There are plans for a walkout at both the Winnetka and Northfield campuses.

Currently, the Student Alliance is discussing the parameters of the event with school administrators. In a February 28 email to parents, principals Paul Waechtler and Denise Dubravec of the Northfield and Winnetka campus respectively said students will not be penalized for their decision about whether to participate. The school will have a security plan in place and teachers and staff are not allowed to participate in the walkout, but will be on hand to supervise students inside and outside the buildings. No parents or other visitors are permitted on campus to participate.

Overall the Student Alliance has found the administration to be cooperative and understanding. “They’ve listened to us and really allowed us to have a voice and really value our opinions as students,” Imber said.

Organizers envision an event that is inclusive but does not make anyone feel obligated to participate. By standing with victims of gun violence, organizers hope to unify the student body, whether individual students are for or against gun control measures.

“Hopefully this event will be unifying on both ends of the spectrum,” Imber said.

Student Alliance is working with other student groups such as Pep Club, Girls Club, Tri-Ship, Young Democrats and Young Republicans. “We are trying to get as many groups involved as we can,” Imber said.

New Trier’s Amnesty International Club is selling orange T-shirts online (orange is the official color of the national walkout movement), which were designed by a New Trier student. The front of the shirt reads “Protect Kids Not Guns” and the back states “Policy & Change” under a crossed out “thoughts and prayers.”

The Parkland shooting has pushed the topic of gun control and school safety to the forefront for many New Trier students.

“When something like this hits so close to home, it makes you think about what kind of person you want to have a gun,” Imber said. 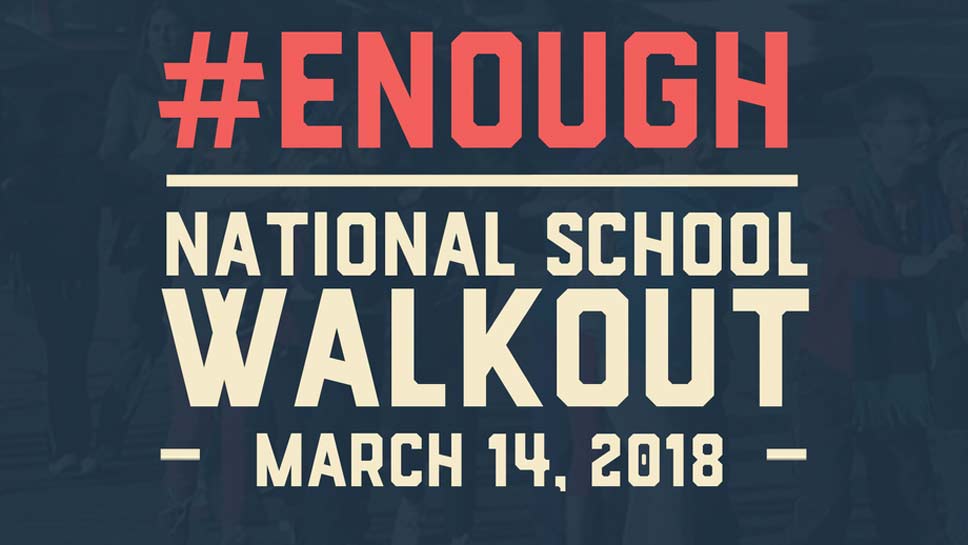