LAKE BLUFF — With the Lake Bluff Golf Club generating nearly $1 million in losses over the past three years, the Board of Commissioners of the Lake Bluff Park District is trying to decide what to do about the course’s future.

Board President Rob Douglass and Executive Director Ron Salski explained the current financial state of the club in relation to other park district programs February 26 at the park district gym in an effort to educate the public and learn its wishes.

Despite the negative cash flow, a majority of the approximately 24 people who spoke at the meeting out of a crowd of more than 145 wanted to see the golf course continue to operate. Several asked whether the Lake County Forest Preserve District could take control of the course. Neither Salski nor Douglass answered questions.

Douglass and Salski will offer a similar presentation with an opportunity for the public to speak at 7 p.m. March 5 at the gym.

Salski stressed in an interview with DailyNorthShore.com February 28 no decisions have been made about the course and none will be in the immediate future. He said the board wants to examine all possibilities and learn what the residents of Lake Bluff want in terms of recreation.

What is certain is Salski foresees approximately $7.5 million in capital expenditures to maintain the park district’s facilities over the next 12 years exclusive of the golf club. If the club is closed and nothing is done with the land except cutting the grass, he projects there will be sufficient funds to pay for the rest.

Meeting all the district’s needs for the next 12 years including golf will create a $4.9 million shortfall, according to Salski’s comments at the meeting. If golf remains, he said, other decisions must be made to ensure the future of the park district’s programs.

“We have needs in the preschool, the beach, pool, fitness,” Salski said during the meeting.

For now, Salski said the focus is squarely on the golf course without considering other specific activities.

The park district projects revenue of nearly $6.376 million this year against operating expenses, capital improvements and bond payments of just over $6.4 million for a cash deficit of approximately $32,000, according to Salski. He said the balance will come from reserves.

Salski made it clear during the meeting the club will remain open through the end of this year regardless of what decision is made.

There are no restrictions on any future use of the golf course’s 160 acres, according to Salski. He said it is zoned residential but any sale of more than three acres of park district land requires a referendum of the district’s residents under Illinois law.

“There has not been one conversation with a developer or about selling the land,” said Salski. “The board and the staff love open space.”

Any future use of the land other than golf will not be done without seeking extensive public input on potential uses, Salski said.

Raising the fee for playing a round of golf is not a practical option, according to Salski. He said the current average fee of $29.43 including a cart would have to go up $42 to cover the negative cash flow, putting the club on a break even trajectory. A price hike of that size would mean a loss of business to other nearby courses.

Currently 80 percent of the club’s users live outside Lake Bluff. Salski said bumping the price on non-residents would drive them away because of competition from other localities.

During his presentation, Salski said 10 percent of the residents of Lake Bluff play on the golf course. By contrast, he said 93 percent go to the beach and 87.5 percent use the pool. 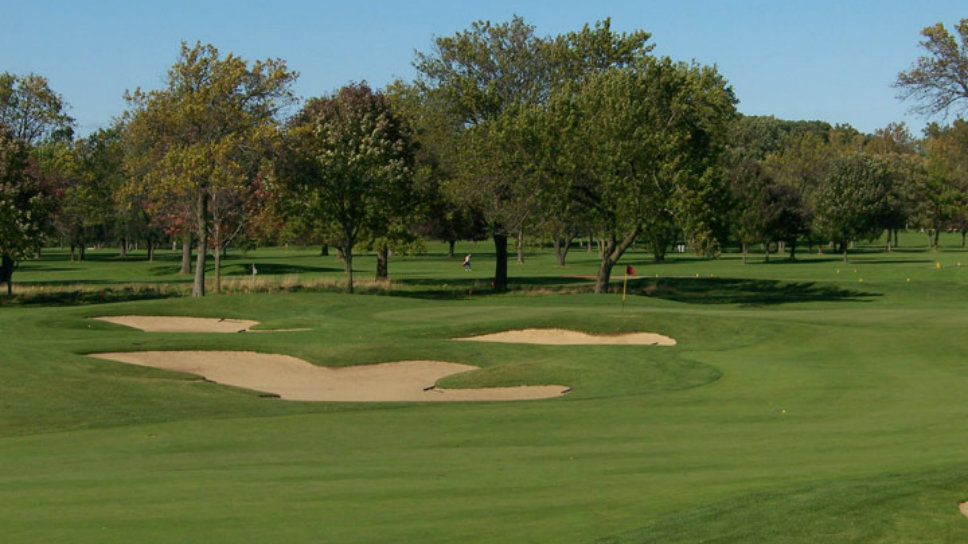