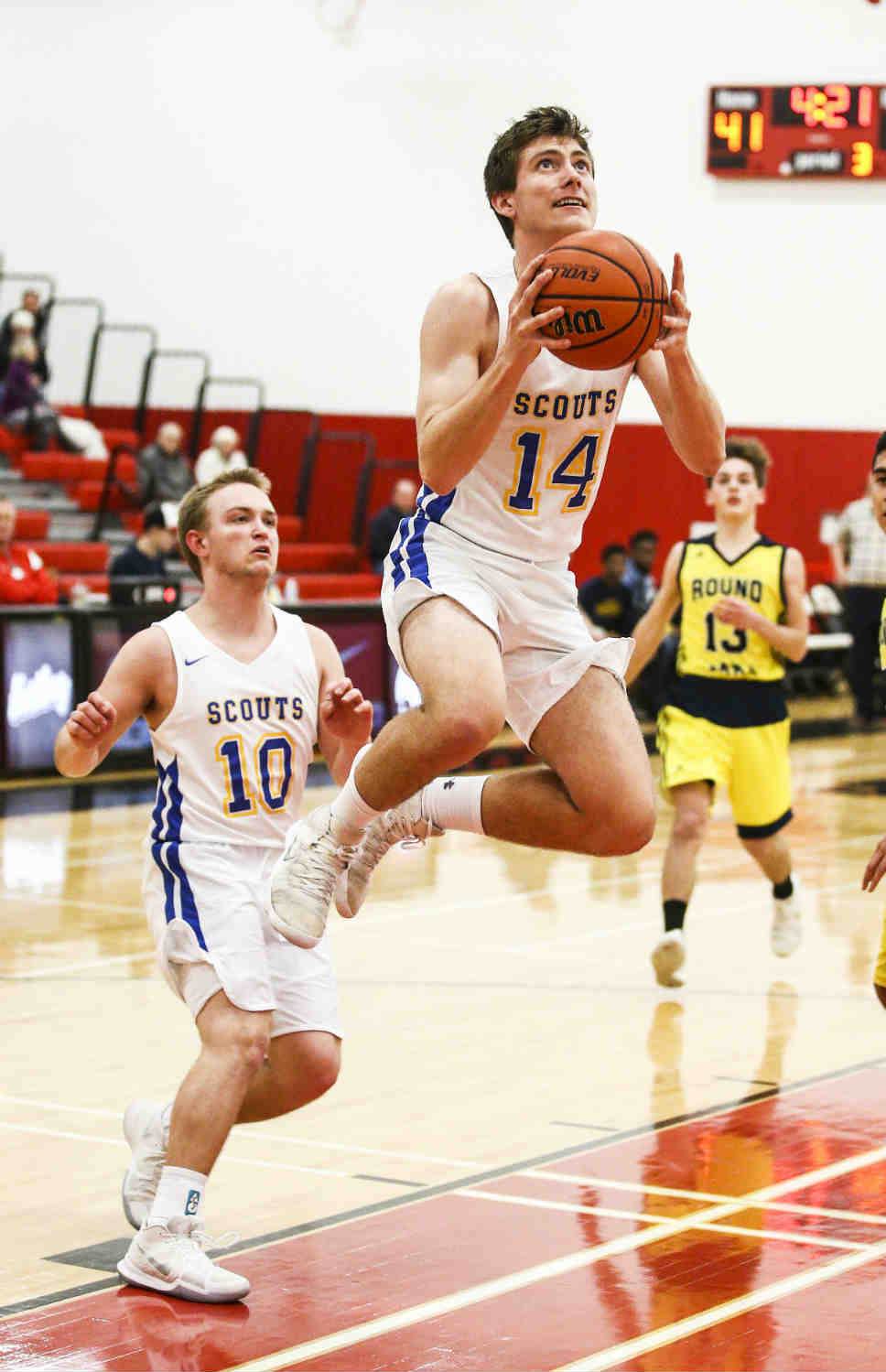 Conant senior post player Ryan Davis could pass for either a beefy defensive end or a nimble offensive lineman in football.
But the Cougar acquitted himself quite well as a receiver in high tops on Feb. 27, grabbing entry pass after entry pass and pouring in 27 points in a 50-31 defeat of Lake Forest High School in a Class 4A Deerfield boys basketball regional semifinal.
“Great hands, great touch,” Scouts coach Phil LaScala said of the 6-foot-8 Davis, who nailed a trey with five ticks left in the first quarter and finished with 12 rebounds.
Fifth-seeded Conant (21-7) led 20-12 at the break and stretched the advantage to 10 points on a Davis dunk in the first minute of the third frame.
LF’s Mead Payne (9 points, 6 boards), a 6-7 senior, kept the Scouts (12-16) in it by scoring seven of his team’s nine points in the third quarter.
Conant led 31-21 heading into the fourth stanza.
“I liked our fight, our grittiness,” LaScala said.
He loved his club’s effort at the outset of the fourth. LF struck for four quick points, with senior guard Jed Thomas’ bucket at 6:38 coming off a steal by classmate Sean Trkla.
That made it a 31-25 game.
But the 12th-seeded Scouts would score only two points — to Conant’s 18 — in the next five minutes. Davis tallied 10 points in the one-sided span, including his second slam of the game to swell the Cougars’ lead to 49-29.
Thomas and junior Jake Fisher scored seven points apiece for the Scouts, and Trkla finished with a pair of steals.
LaScala lauded his boys for responding the way they did to an 0-5 start in the North Suburban Conference this winter. LFHS wound up with six NSC victories, none bigger than its double-overtime defeat of Libertyville after falling to Libertyville in OT in the teams’ first meeting.
“People thought we’d be doormats in our [conference],” the coach said. “We weren’t.
“I’m proud of the way we played against tough NSC teams.”
Conant faces fourth-seeded Libertyville for the Deerfield Regional title on March 2. Libertyville’s Wildcats (18-9) nipped the host school 53-52 in the first semifinal on Feb. 27.