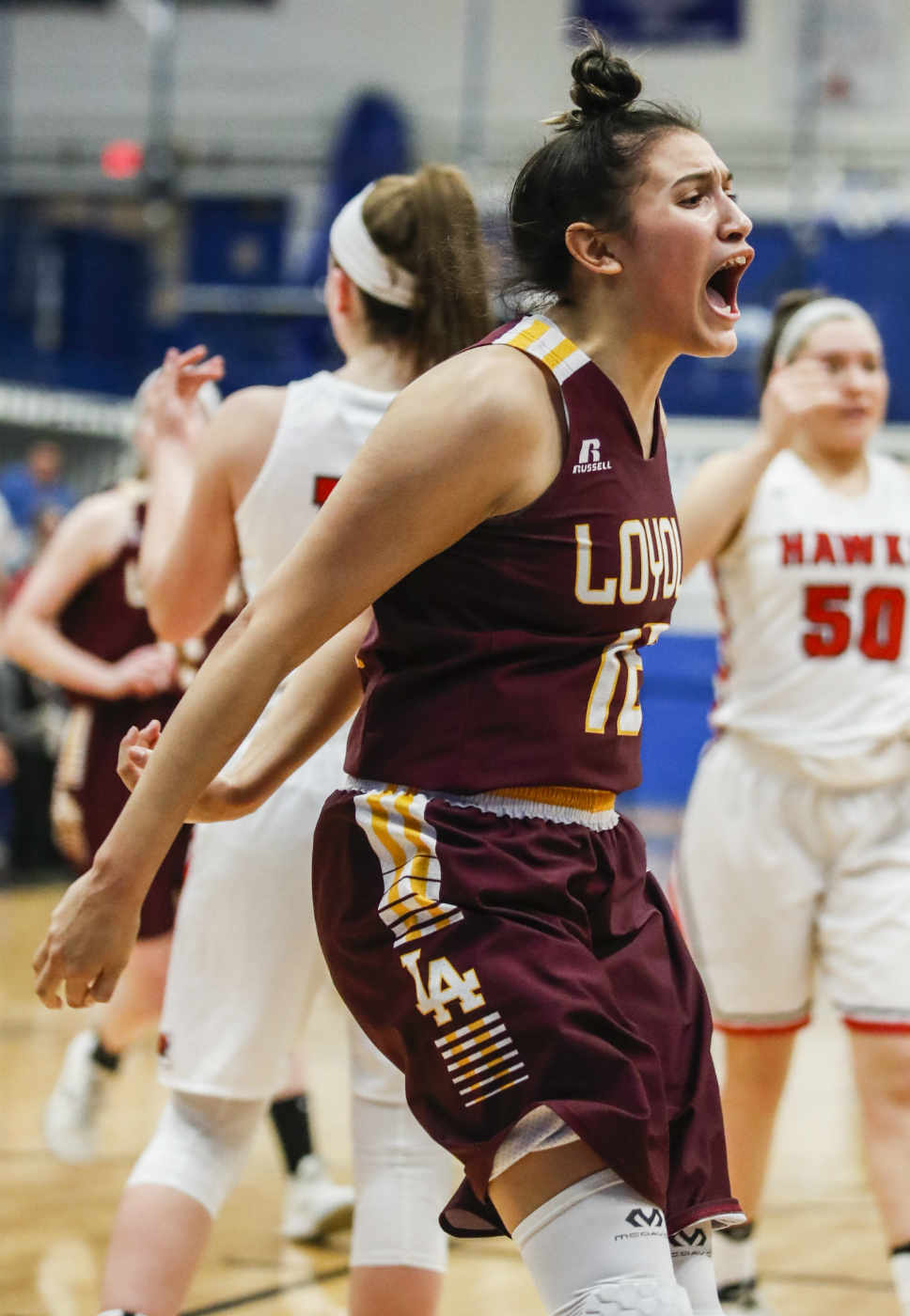 Loyola Academy’s Julia Martinez is pumped after the Ramblers add to their lead in Monday’s sectional semifinal at Maine East. PHOTOGRAPHY BY JOEL LERNER

Julia Martinez is at her best, when she’s all fired up.

But passing fancy is only one segment of her game.

Lately, the iconic Martinez has taken on an even more authoritative role on offense.

The junior has been racking up the points in the postseason. She tallied 26 in LA’s 47-31 victory over rival Evanston in the title game of the Class 4A Lane Tech Regional on Feb. 15.

Then, on Presidents’ Day (Feb. 19), Martinez took executive action and put 20 more points in the scorebook in the Ramblers’ 62-48 win over Maine South in a sectional semifinal at Maine East.

No doubt, Martinez will be charged up for tonight’s sectional final game against top-seeded Maine West (7 p.m.)

Martinez admitted that she can’t wait to face the No. 1 seed.

“Knowing that they only have one loss only makes us want to beat them even more,” said Martinez.