LAKE FOREST — A special counsel hired to investigate payments of approximately $200,000 by the city to a Washington D.C. lobbying firm without Lake Forest City Council knowledge found violations of city law but did not recommend termination for officials involved.

Leigh Jeter, the attorney charged with reviewing facts surrounding the lobbying efforts to land an Amtrak stop at the west Lake Forest train station, read her 11-page report aloud to the council, Mayor Rob Lansing and a crowd of more than 100 people February 20 at City Hall.

Jeter was hired in late December after a group of residents discovered in November the payments were made without council approval, and then brought the issue to the city’s attention. Those residents, organized as Citizens for Action, are opposed to construction of a nearly two-mile long holding track north of Highway 60 associated with the proposed Amtrak expansion.

In her report, Jeter said City Manager Robert Kiely Jr. is authorized to spend up to $20,000 without council authorization but needs a vote of approval for anything more. Though the initial expense was less than $20,000 with a $9,500 monthly retainer, when the costs grew she said Kiely should have taken action.

“At a minimum he should have sought city council approval once it became apparent that the (lobbyist) engagement was going to extend more than two months,” said Jeter. “Given that the initial contract lasted the full 12 months it was even more incumbent on Mr. Kiely to seek City Council approval before authorizing a second contract” under the same terms.

There was no evidence any of the money resulted in financial gain to Kiely, Lansing or former Mayor Donald Schoenheider, according to the report. Jeter did determine Kiely violated city code provisions requiring him to get approval for the expenditures. She said his actions were not intentional. 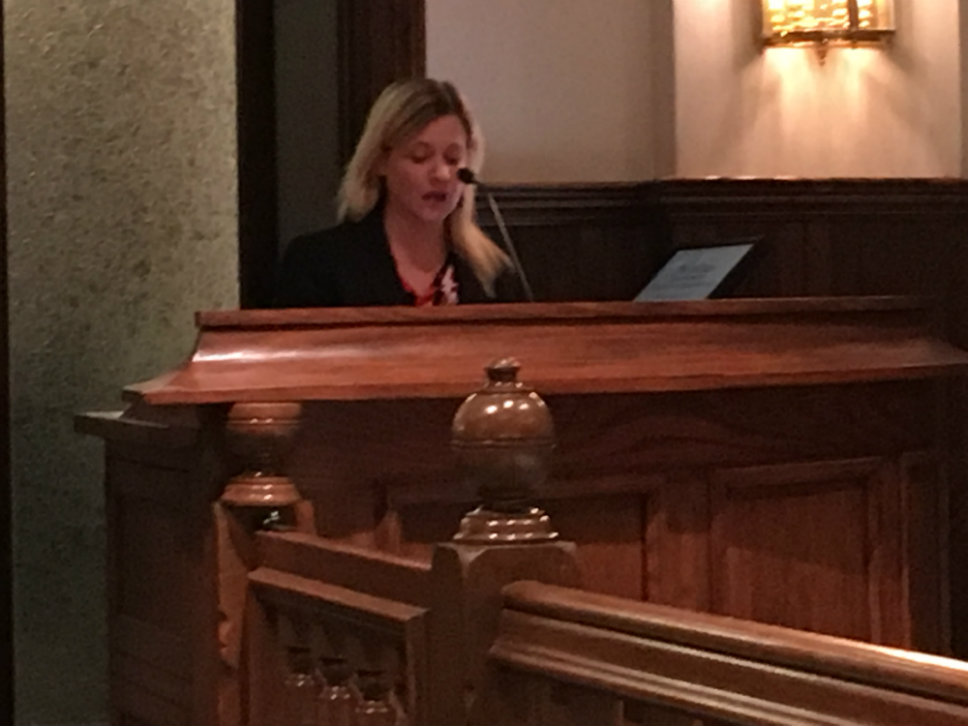 “I believe that Mr. Kiely became wrapped up in the strategy of implementing the city council’s goals and neglected to handle the administrative details,” Jeter said. “I do not find that Mr. Kiely’s actions rise to the level of termination of employment, I recommend that the city council take appropriate personnel action.” She did not suggest details.

While Jeter said Schoenheider also violated city code provisions by allowing expenditures of more than $20,000 without council approval, she said Lansing did not. She said she did not believe Schoenheider misled the council intentionally but should have shared more information.

Though Schoenheider is out of office, Jeter did suggest the council take necessary steps to ensure Lansing understands its expectations regarding communication with the council.

The payments to the lobbying firm—Chambers, Conlon and Hartwell—were not made directly by the city but through city attorney Victor Filippini. Jeter said Filippini furthered the ability of Kiely and Schoenheider to violate code provisions. She said he did not attempt to conceal anything in his legal bills. She did say the council should make its expectations clear to him.

During comments from the public after Jeter’s report, Lake Forest resident Rick Cusack, who is part of the group that brought the lobbying effort to the attention of the city, expressed dissatisfaction with the findings. He was also part of a group that met with Jeter.

Jeter acknowledged during her presentation the Citizens for Action told her about a number of issues that were beyond the scope of her assignment from the city. She said her job was to investigate only the lobbying expense and payments.

“I shared those concerns with the city council,” said Jeter. “The city council determined the scope of my investigation should be limited to its initial question. This report addresses those questions only.”

Cusack was not the only person talking to the council during the time set aside for public comment. Nearly all of them voiced their opposition to the holding track claiming safety, health and environmental concerns.

Alderman Jack Reisenberg, who spearheaded the investigation for the council, and Lansing both said no member of the council nor Lansing favors the holding track. Many shouted out asking “What are you doing?”

After Jeter’s report, Kiely expressed regret at his actions and took the blame for the code violations.

“I want to assure you and the community that this is not reflective of who I am or who we are as an organization,” said Kiely. “I would like to underscore that my oversight should not reflect poorly on our finance department or other city employees.”