When Evanston resident John Frank experienced massive chest pains and underwent an angioplasty in 2012, the experience was so life altering he found that he needed support.

“It was a traumatic experience and I was only 59 years old,” Frank, told DailyNorthShore. His father had died of a heart attack at 67, but Frank was still surprised to be suffering from heart disease at such a young age.

When a friend told Frank about Mended Hearts, the country’s oldest peer-to-peer support group for heart patients, he decided to go to a meeting in Chicago. Frank found that the comfort of hearing from others who shared the same experiences, provided the additional support he needed to cope with the obstacles he was facing. Now, Frank has decided to start a a chapter of Mended Hearts on the North Shore. 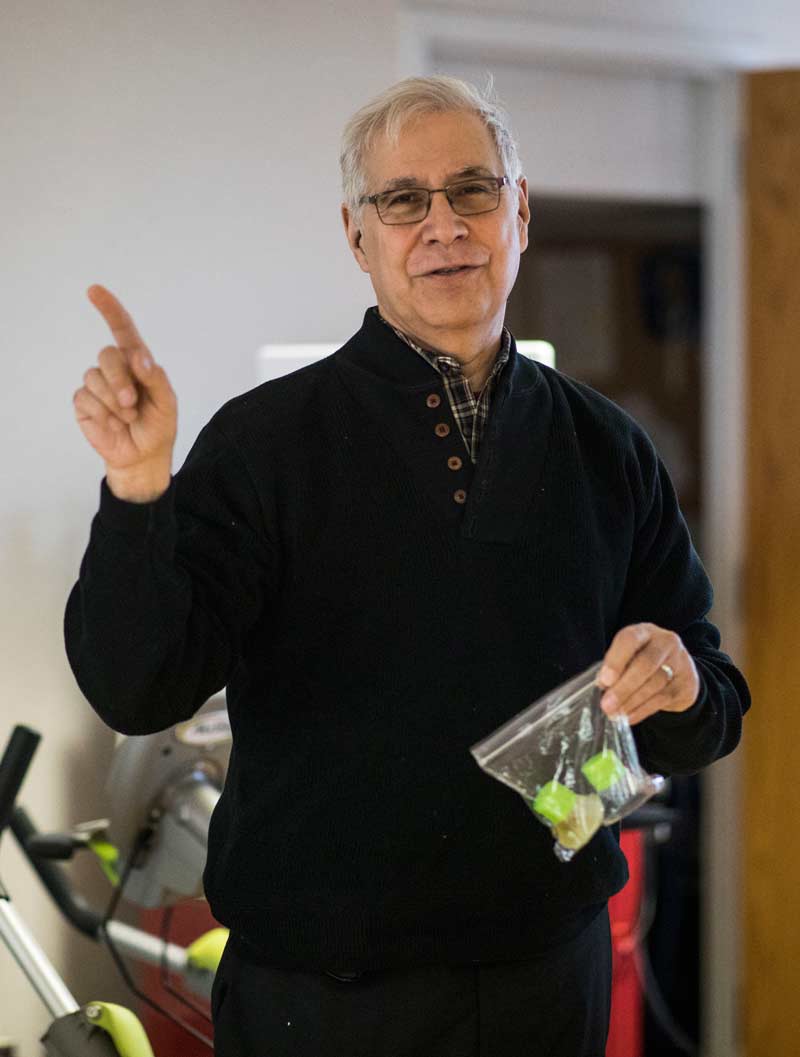 John Frank talks about the new Mended Hearts group he is organizing for the North Shore. PHOTOGRAPHY BY JOEL LERNER/JWC MEDIA

Heart disease is unique, in that patients often look the same physically, even though emotionally they feel very different. While Frank’s family and friends wanted to be supportive, they couldn’t understand how he was feeling the same way that others who shared his experience could.

“Emotionally you are not fine. You think, I almost died,” Frank said.

At the meetings, doctors and other specialists visit and talk about the latest research or other topics of interest, while members have the opportunity to talk to each other about shared experiences. Members also visit patients who have just underwent heart surgery. “Just to give people a shoulder to lean on who have been through it (already),” Frank said. The biggest value of the organization is the peer-to-peer support.

“Hearing from someone who has been through what you’re facing is invaluable. No one else can know exactly what it feels like or what emotional issues arise,” Frank said.

While Frank depends on Mended Hearts meetings for support — he has since undergone a second angioplasty last spring— he found fighting the traffic to travel downtown difficult. When he missed nearly half of a meeting because of traffic, Frank decided it was time to start a Mended Hearts chapter on the North Shore.

Frank reached out to the NorthShore University Health System which was receptive to the idea. The initial meeting will be at Evanston Hospital on February 13, chosen not only because it is the day before Valentine’s Day, but also because February is American Heart Month.

The following monthly chapter meetings will rotate among the system’s hospitals in Evanston, Skokie and Highland Park, making them accessible to everyone living on the North Shore. The meetings will be open to patients, as well as family members.

Frank is hard at work spreading the word about the new Mended Hearts chapter, which he hopes to expand to include visiting heart patients after surgeries. Since his first surgery, Frank said he has been doing a lot for himself, but feels now is the time to do something for others. “I wanted to give back and help other people and this seemed like the perfect way to do it,” Frank said.

For more information, contact John Frank at 224-307-4190 or visit www.mendedhearts.org.