HIGHLAND PARK – The City of Highland Park is pleased to announce Larry Amidei will serve as Highland Park’s Fire Chief following the retirement of Chief Dan Pease on March 1.

Amidei began working in Highland Park as a Firefighter/Paramedic in 1988. He has served as the Department’s CPR/First Aid Director, Medical Director, Safety Officer, Accreditation Manager, National Fire Department Peer Reviewer, and Chief of the MABAS division three joint fire investigation team. He is one of an elite group to receive the international designation of Chief Fire Officer from the Center for Public Safety Excellence.

Amidei was promoted to Lieutenant in 1999, Battalion Chief in 2008, and has been serving as Deputy Chief since 2015. He also worked for 13 years for the Park District of Highland Park as a Risk Manager and Safety Coordinator starting in 1997. Before starting at the Highland Park Fire Department, Amidei spent seven years with the Highwood Fire Department. He has a Bachelor’s degree in Occupational Health & Safety, a Master’s in Business and Public Administration and attended the National Fire Academy in Maryland for Staff and Command school. Amidei is a graduate of Highland Park High School.

“Deputy Chief Amidei brings to the position a wealth of institutional knowledge, experience, and an extraordinary commitment to the Department and the City,” said City Manager Ghida Neukirch. “He is a respected leader who will continue to provide exemplary service to the community.”

“I appreciate the confidence the city has placed in my ability and am excited to continue our tradition of excellence,” said Amidei. “It is an honor to bring my passion for the fire service to this new role as I lead a well-respected, accredited department in the City I love.”

Retiring Chief Dan Pease will be recognized at the February 26 City Council Meeting for more than 30 years of service with the Highland Park Fire Department. 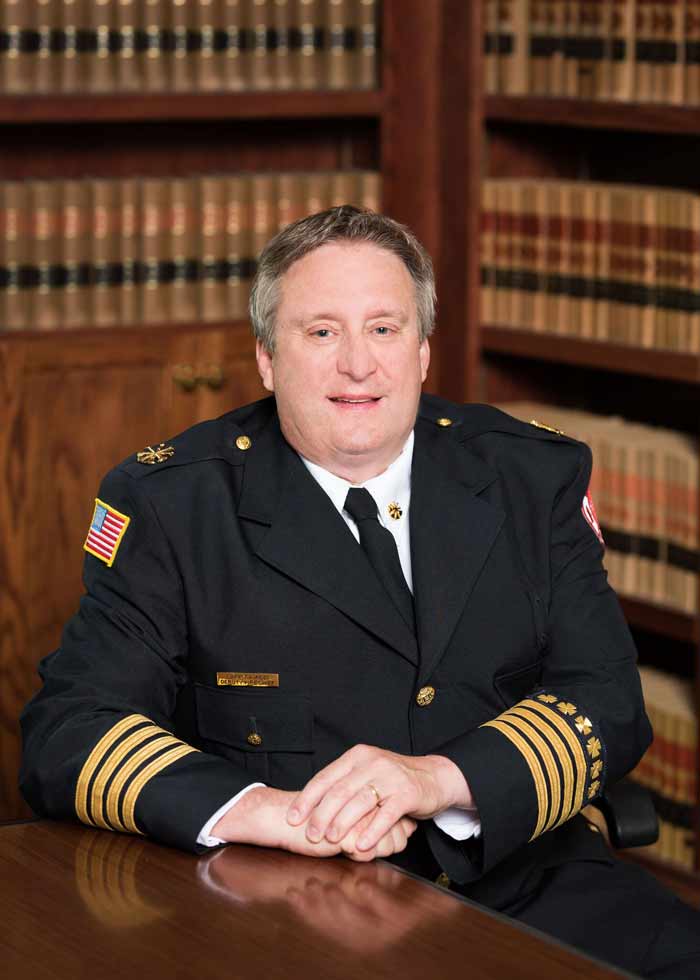 Submitted by the City of Highland Park