The curtains are down, the stage is set, and everyone has a microphone and cues. Students at Lake Forest High School have been preparing for the school Talent Show for countless hours and weeks. Lights, camera, action: Live From Lake Forest, It’s Saturday Night!

After months of planning and weeks of rehearsals, LFHS is ready to showcase the unique talents of students. The 56th annual Talent Show will take place at 7 p.m. February 22, 23, and 24 at the school’s East Campus. Tickets are available online here and at the door. Proceeds benefit the school through the APT. 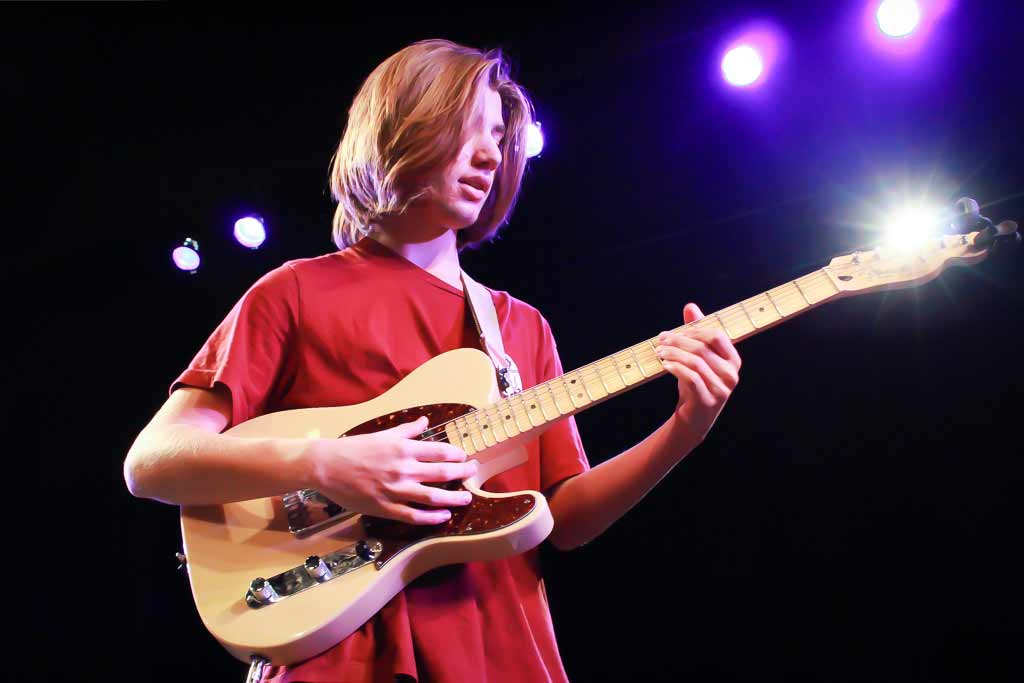 Rafa Swerdlin plays the guitar as part of the band j.o.e. Photo courtesy of Kate Stephenson.

Freshmen through seniors are represented in this show that features music, dancing, and more. All in all, more than 175 students participate each year. Some of these students can be found performing live on stage in one of the 18 acts, pit band, or senior act dances. Behind the scenes, a committee of student directors, producers, photographers, filmmakers and the stage crew work to make everything come together.

The show begins with a humorous skit by the senior emcees Andrew Walther, Renee Ye, and Alex Ortiz. As veterans of the theatrical arts department, the trio naturally imbues the transitions between acts with an air of livelihood. Past LFHS Talent Show emcees have included Vince Vaughn (Class of ‘88) who went on to perform on SNL and in Hollywood.

The musical acts encompass a wide range of genres, from rock and jazz to opera and rap. Quite a few of the soloists create and perform original music, including Kate Stephenson, Sylvia Kollasch, Angel Vaca, and Katie Pierce.

“I really enjoy songwriting because it tells a story and I can connect to my feelings through something I really like,” said freshman Sylvia Kollasch. “I love to perform and this is the first I’ve showed my songs to people other than my family.”

Beyond just music, Cara Page, the future Belle in Lake Forest’s Beauty and the Beast, will dance to “City of Stars,” and the highly anticipated “Allen Chiu and the YoYo Crew” will perform the art of Chinese Yo-yo on stage. Last year, Allen Chiu started the YoYo Club at LFHS after amazing audiences of students during lunch periods with impromptu performances. He piqued the interest of many, and he will perform with three of his apprentices as part of the Talent Show.

“My ultimate goal is not really to impress anyone, but to inspire people with the yo-yo just like it once did for me,” said Allen Chiu.

Along with the talent that you see on stage, the New Media videography classes have created 10 comedic videos to be shown throughout the show. The videos parody life at LFHS and in the community, including the highly anticipated Lake Forest vs. Lake Bluff rap battle that finally settles which town is truly best. 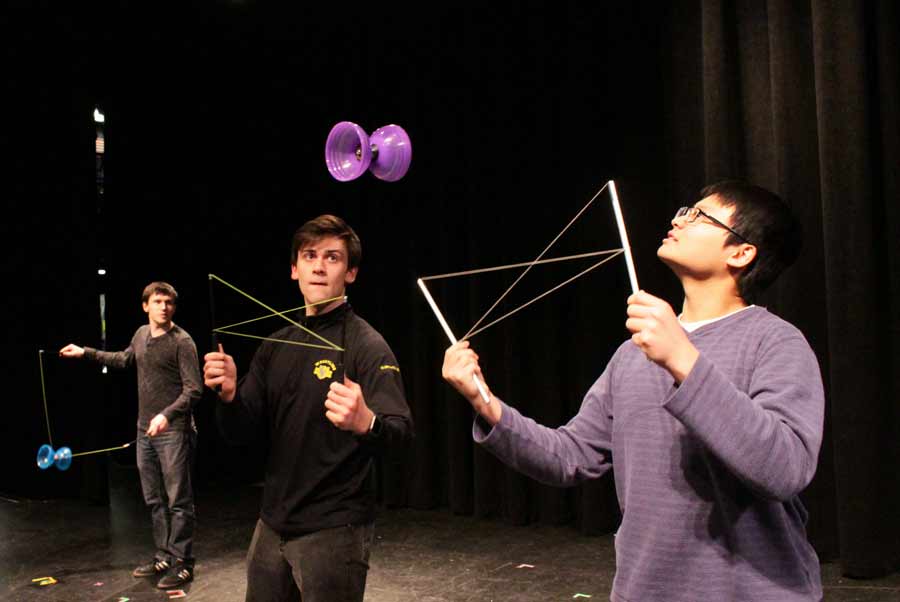 Annalise Craig, the Senior Media Director for the Talent Show, co-directed the LF vs. LB rap battle with Whitney Perschke. Both plan to head to film school after high school.

“The Talent Show is really one of the only places that people in the community are presented with the videos that we worked so hard on,” said Annalise Craig. “I think the videos make the show more diverse and really showcase all talents.”

Coming from a media arts program that has received numerous awards and accolades from the Midwest Media Educators Association, these videos will continue to humor audiences at the Talent Show.

Outside of what is seen on stage, as the Senior Producer for the Talent Show, I can personally attest to the amount of planning and practice behind the show. Along with the committee of students, a team of parents and adults assist by being audition judges, volunteering, directing, and helping with logistics. Rehearsals ran late into the evening every night for the three weeks leading up until the performances; however, planning for the Talent Show started as early as October.

Altogether, it coalesces into an eclectic mix of magic and brilliance. The audience has no idea about the calculated breaths, coordinated lighting, and paced speech that enchants the stage during performances but that doesn’t stop us from improving ourselves.

As Senior Stage Manager Tessa Kerouac aptly puts it, “The Talent Show is one of our biggest productions, but all the time and effort is worth it for all the amazing memories we make.”

Tickets can be found online at https://app.arts-people.com/index.php?ticketing=lfapt for the 7.p.m. performances February 22, 23, and 24. Their Facebook page is https://www.facebook.com/lfhsaptta/ 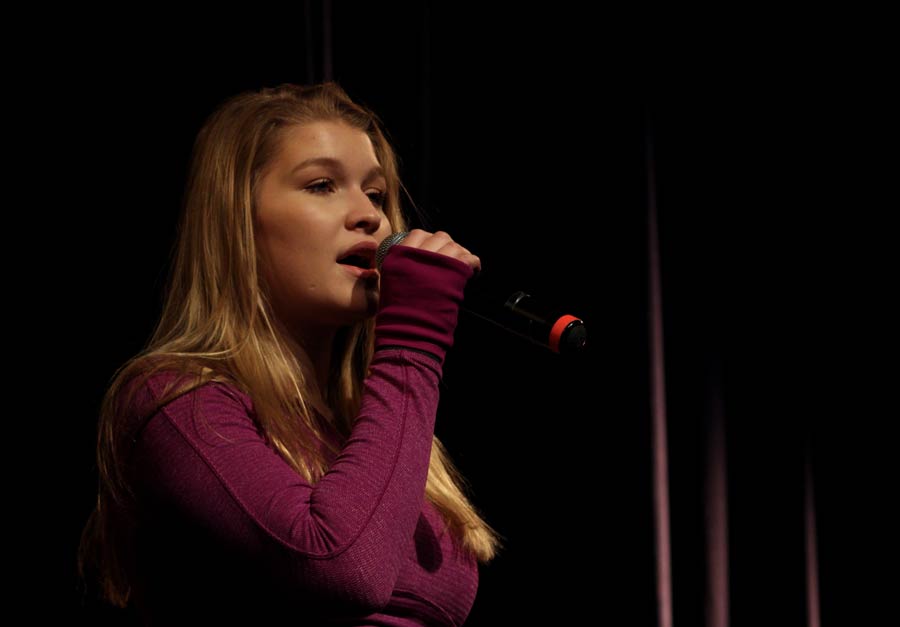 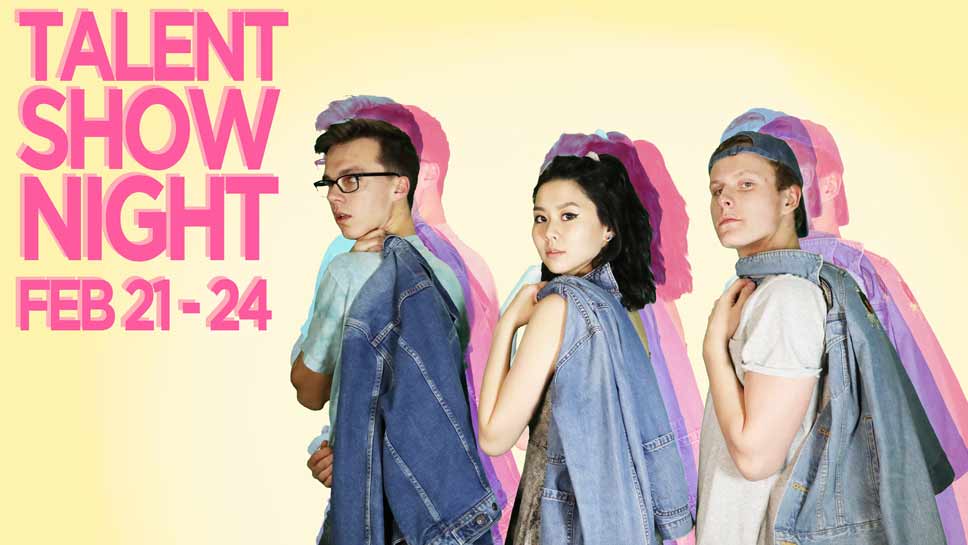 Tiffany Duong is a senior at Lake Forest High School.